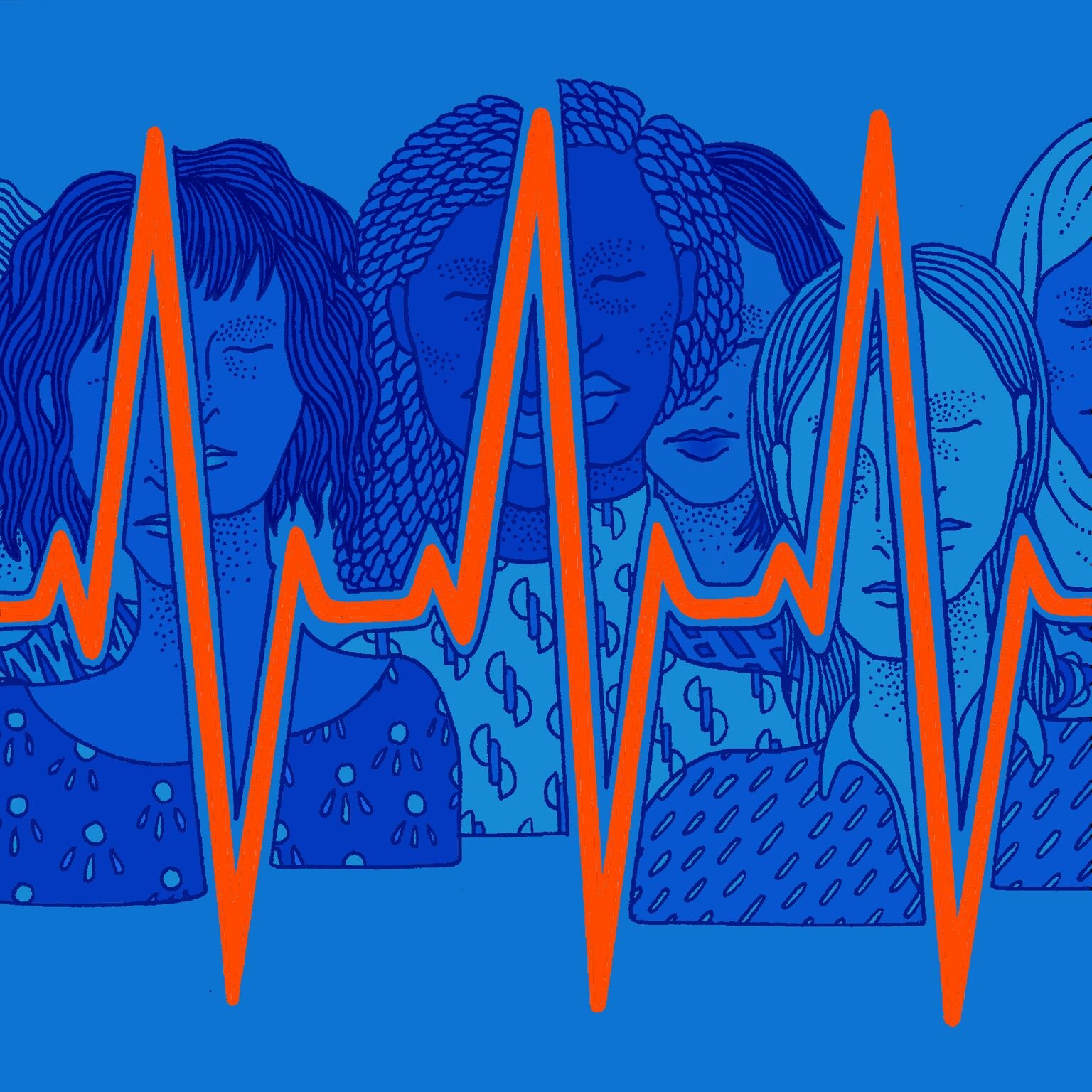 The Ohio State legislature passed a bill earlier this week that would outlaw all abortions (4), and it does not allow exceptions for rape or incest. If Ohio governor John Kasich signs this bill into law, it would effectively make abortion illegal in his state, since most women don’t even know they’re pregnant at six weeks. And it would also have unintended consequences that should give even the staunchest pro-lifer a pause: it would make life much harder, and possibly kill, some women who are having miscarriages.

Dr. Tamara Mann Tweel is one of those women whose (5). What happened to her in Ohio in 2012 is bad enough: Her doctors were in unanimous agreement that her fetus would not survive outside the womb because its organs were outside its body. But because the baby still had a heartbeat, the procedure she needed to have for her own health was categorized as an “optional abortion,” and it was very nearly not covered by insurance. She had to wait 24 hours and sign an “informed consent” form before she could have her D&C (6), a process that clears out the uterine lining). Having to go through this extra step when she was already crushed is something she describes as “unusually cruel and totally absurd.”

If you think that women like Dr. Mann Tweel would be allowed to have therapeutic abortions, even with a heartbeat law — the story of (7) is instructive. She lived in Ireland, where abortion is technically allowed for the life of the mother, though it’s otherwise illegal. But because her baby still had a heartbeat, she was denied the care she needed, and her life was lost, too.

Dr. Mann Tweel, who is the director of strategic development at Hillel International’s Office of Innovation and an instructor in the Freedom and Citizenship program at Columbia University (and a mom of two), was kind enough to answer my questions even though it’s such a hard thing to talk about.

The saddest part of this story, in a way, is that Dr. Mann Tweel already spoke about her experience to Ohio legislators considering an earlier version of this heartbeat bill — she testified before the Health and Aging Committee of the Ohio House of Representatives in 2014. And they were unmoved. As she put it: At times she felt “that they were willing to sacrifice me, to sacrifice women like me, for what they claimed was a significant moral gain.”

**Jessica Grose:** What was the medical diagnosis your baby received and how far along was the pregnancy when you got this diagnosis?

**Tamara Mann Tweel:** At my 13-week sonogram, I found out that something was terribly wrong with my baby. The doctor pointed at the image and explained that the organs were outside the body, the hands and feet were misshapen, the neck was abnormal, and one of the limbs was either missing or stunted.

I left that room terrified and desperately sad. I wanted to have a baby. I wanted to have this baby. Later that day, I received a phone call from my OBGYN, who told me that he had looked at the images, shown them to the doctors in his practice, and that there was unanimous agreement that my fetus was not compatible with life. It would not survive outside the womb. I should have it removed immediately. Waiting was not an option. I was told that any delay would seriously increase my health risks, as the fetus could die in the womb and cause a life-threatening infection.

**JG:** After that diagnosis, what did your doctor recommend as the safest course of action?

**JG:** You had trouble getting your D&C covered by insurance. Why?

**TMT:** I was told by my doctor’s office that because the fetus still had a heartbeat, insurance companies in Ohio would not cover the costs of the operation. They considered it an optional abortion. They suggested that I go to Planned Parenthood, which would cost me $800. At the hospital it would be over $10,000. With the extraordinary help of my family and doctors, we fought to get this covered by insurance. I found out later how lucky I was, and that another woman in my practice with the same medical prognosis dangerously gave birth to a stillborn because her insurance would not cover the D&C.

**JG:** Once your procedure was declared an “optional abortion,” what state-mandated hoops did you have to jump through to get it?

**TMT:** A few days before the procedure, I received a call from the office of the OBGYN performing the procedure. They told me that I had to come in 24 hours in advance to sign a consent form because I was having an optional abortion. I told them that I wanted a child, that I didn’t want to have an abortion, and that this procedure was necessary for my health. They responded that unless I was raped, I would have to sign the agreement, watch a video about the abortion, and read a pamphlet.

**JG:** How did it feel to have to sign an informed-consent form?

**TMT:** It felt unusually cruel and totally absurd. I had extraordinary health-care providers who were doing everything in their power to preserve my fertility so that I could create life. And here, the government, with no knowledge of my particular case, no knowledge of the years I had spent trying to have a child, was telling me that this horrible outcome was my fault; that I was actually choosing this desperately sad reality.

**JG:** What does your faith say about when life begins?

**TMT:** People practice my faith differently, so I wouldn’t want to speak for anyone but myself. In my case, I felt that it was important to reach out to a rabbi. He explained to me that in Judaism, the dominant metaphor for life is not the heartbeat — it is the breath. In Genesis 2:7, God breathes life into man: “Then the Lord God formed man of the dust of the ground, and breathed into his nostrils the breath of life; and man became a living soul.” Even that final word, soul, _nefesh,_ can be translated as _breath._ Life, he explained, personhood, is marked when the baby takes its first breath.

Jewish law acknowledges a continuum between potential and actual life, which guides, among other considerations, including the health of the mother, abortion rulings. According to my rabbi, the presence of a heartbeat in itself is not a Jewish legal marker of life in utero. Even in the strictest ruling, he related to me, the fetus has to be able to live for a day outside of the mother’s womb to be considered a viable life. The definition of potential life, he said, “is fully dependent on its being able to be born.” My rabbi told me that in this case, I was required to take care of my health and that I should have the D&C immediately.

**JG:** What do you want our readers to know about why you’re opposed to Ohio’s heartbeat legislation?

**TMT:** A few months after I had my D&C, a woman named Savita Halappanavar (7). She was having medical complications during her first, and very wanted, pregnancy. The doctors would not terminate the pregnancy despite her obvious medical distress, and she died in the hospital never receiving the proper care. That law killed Savita and every future child she might have had. Ohio’s heartbeat legislation has the real possibility of causing the death of mothers across the state of Ohio. It should not pass. It denies different religions the opportunity to draw on their rich traditions of both defining life and weighing the complex ethical concerns that come up between a mother and her fetus. It denies doctors and patients the right to make health-care decisions. This is a crass and blunt oversimplification of the complexities of trying to determine and honor life. It is an awful, awful law. Everyone should oppose it. Everyone who honors life, from the pro-life movement to the pro-choice movement, should oppose this bill together, with one unified and loud voice.

**JG:** I know you spoke to the Ohio legislature about previous iterations of this heartbeat legislation. What was that experience like?

**TMT:** I was proud to be in the room. Proud to show up when I was still vulnerable, when the pain was still raw. I felt that it mattered to enter this conversation as a nuanced thinker and reframe the debate with different language. My metaphors for life were different, the breath instead of the heartbeat. My respect for religion was different; I cared immensely that the representatives in front of me believed that a fetus was a life, and I tried to explain that my faith had language that truly understands the value of potential life but also values actual life, that of the women. I do believe that my tone and my words were heard. But I will also tell you that I felt dismissed. That they understood in my case I needed a D&C but that they were willing to sacrifice me, to sacrifice women like me, for what they claimed was a significant moral gain. I will also admit that at times I felt the sincerity of their moral argument and at others I felt the shrill ring of politics, the crass desire to win a point rather than to govern a polity.

**JG:** Do you have any advice for women who may be going through what you went through?

**TMT:** I have come to believe that life is not instantaneous. It is an arduous, miraculous process, and you, dear friend, are engaged in the magnificent and challenging work of bringing life into this world. Try to stay strong and remember that this is a process, not a single act. Remember that you are not alone and that even when it feels like there are systems that have stopped caring about you, about your body, and about your challenges, there are women across this country that are sending you love and support; there are doctors, nurses, religious leaders, and citizens who are out there fighting for you. And that there are individuals across this country who want you to be treated with dignity and believe in your extraordinary goodness.

_Jessica Grose is the editor in chief of Lenny._