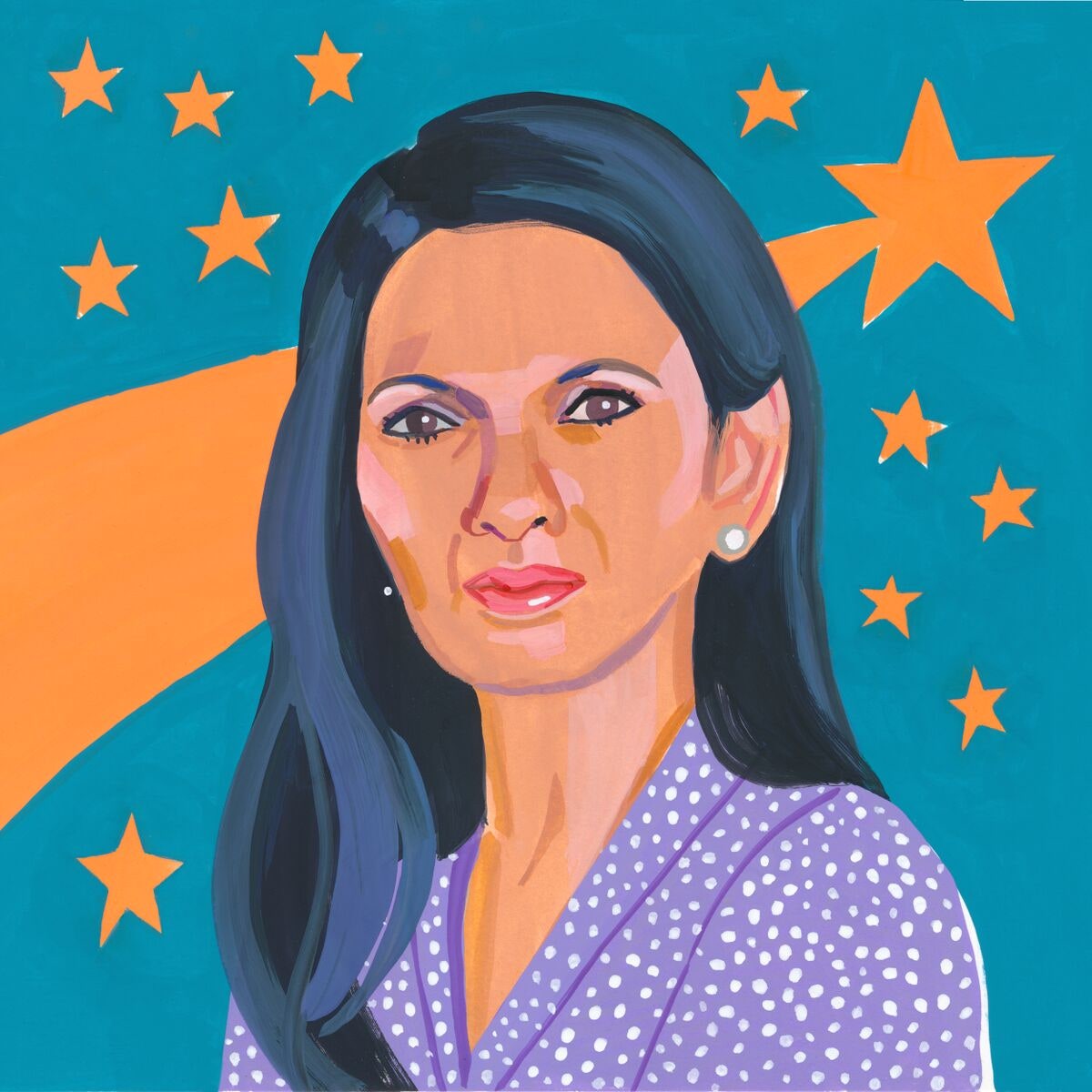 As the United Kingdom set about to become the first country to pull out of the European Union, it came down to one woman with no political background, but plenty of backbone, to force the British government to do its job. That woman is Gina Miller, who made history when she won her lawsuit against the government, forcing it to follow the legal and democratic process in leaving the EU. Her case triggered Article 50, an EU law that defines the proper exit procedure, which the government was attempting to bypass without consulting Parliament.

Newspapers describe her as a “former model” or an “elite hedge-fund manager,” yet she runs a charitable foundation, contributes to UK and EU financial regulation, and has helped draft the financial-services section of the UK Labour Party’s manifesto. The mother of three also launched a fund-management business with her husband in 2009 and set up the True and Fair Campaign to shine a light on malpractice and high fees in the investment world.

Miller has long been the familiar face at financial-industry events that I frequented as a reporter, where she was the only brown, female face in a panel of white men, arguing her corner. But after receiving a torrent of death threats and abuse, and with the challenge of Brexit far from over, how can she continue the fight?

I spoke to Miller at her office in London about what drove her to take on this battle, how she copes with death threats, and her plans for further legal action.

**Rachael Revesz:** On March 29, UK Prime Minister Theresa May triggered Article 50 after holding a vote with members of Parliament, as you fought so hard for her to do. How do you feel?

**Gina Miller:** I feel exhausted because we still have to combat twisted truths that are coming out of the government. They’re talking about two years or eighteen months of negotiations — in reality, the main EU legislators are saying that the hardheaded negotiations are not going to happen until the autumn. If you give people false hope or heightened expectations and you don’t deliver, they’re going to get angry. I know what that backlash feels like.

If you ask a legitimate question or are seen to be attacking the government, you’re vilified as being “against the people.” I was just asking one, forward-looking question: “What is best for Britain?” It was never about going backwards.

**RR:** I read that you are planning more legal action because the government is allegedly planning to use the Henry VIII clauses, a 500-year-old legal tool which allows May to decide which of the thousands of EU laws we should keep and which we should discard without consulting Parliament.

**GM:** If they don’t have full a debate in Parliament, then I would seek the courts’ advice. The government has blotted their copybook once and seems quite willing to do so indefinitely. But I’m not going to do anything from a legal perspective right now. It’s too early. Prior to Article 50, the politicians didn’t complain, as they could have been seen as going against the will of the people, but now that Article 50 has been triggered, they can discover their backbone and I won’t have to do this.

**RR:** This last year has been a crazy one for you. But how long can you continue?

**GM:** Funnily enough, my husband and I had that conversation this morning. He’s an incredible person, so respectful of me and the way I work, my principles and motivations. But after the Government White Paper came out , he said, “If you do this again, what does that mean for our family, and when will we go back to normality?” I said, “Unfortunately, I don’t think we will ever fully get back to that place.”

But we have to do something. My eldest daughter has disabilities. The government is taking away disability allowance, and it’s truly immoral in my view. Imagine if they do that with all these 80,000 EU acts.

> Everybody has skeletons, but you have to be happy for them to come out.

**RR:** Were you not used to the anger, given that you’ve spent years being this unloved figure, standing up against the finance and charity industries?

**GM:** That’s not a big deal, I was used to that. But Brexit was a whole different level.

Now, I don’t go anywhere on the weekend, I don’t go out with my children, I don’t go on public transport, I have security all round my home. On April 4, a man was charged by the Crown Prosecution Service (1) on a public electronic-communications network and cleared of one count]. The case sets quite a precedent, as the CPS were worried about opening the floodgates. I mean, sorry, there are so many people threatening to gang-rape me and kill me and kill my children — that’s not a normal response.

The police have filed two charges, eight cease-and-desist notices, and I think there are a handful more. I have a whole team monitoring it too. I’m not a public person or a politician, so I don’t get the maximum security available.

**RR:** You started the court case shortly (2), who campaigned to remain in the EU. Did that not go through your mind?

**GM:** This is why I went to the police. I wasn’t on social media. I’d disconnected my switchboard and told my staff to not take any calls. I have a namesake in Texas, and she published all the death threats she was getting that were meant for me. I went to the police straight away. They said, “We were coming to see you. We saw threats saying you should be the next Jo Cox.”

My friends and family told me, “You have to go away.” But why? Then they will win. I’m sorry, it’s just bullying, and I won’t put up with it.

My coping strategy is the same now as when I started in London. If they are picking on me and not my argument, then I’ve won. If the most hateful and violent people are disagreeing with me, I’m happy, as I’d be worried if they agreed with me. And third, I’m happy with myself and what I do. I don’t need applause from anyone.

**RR:** The newspapers gave multiple reasons for your motivation. One was that you and your brother came from Guyana to England at a young age and had to fend for yourselves. Another was your young son cried when the UK voted to leave the EU. And they also said you found strength from walking away from your ex-husband, who faced domestic-violence allegations .

**GM:** How bizarre. What does that have anything to do with it? I was married 22 years ago. The abuse was over a couple of years, and I was completely broken. It was a challenge to break me, but when I walked away that was it. I have a very strong survival instinct.

And yes, I was a tough little girl. Scars and challenges shape who you are. That’s true for everyone.

**RR:** What advice would you give to women who are considering fighting for a cause?

**GM:** You’ve got to be so strong and so comfortable with who you are. Every single thing in your life will be ransacked. People have sent reporters to my father’s village in South America to dig dirt on me. Everybody has skeletons, but you have to be happy for them to come out.

I can’t stress this enough, to men, to women, to everybody: you only have your voice, it’s the only thing you truly own, and you’ve got to use it.

_Rachael Revesz is a writer and journalist living in London._