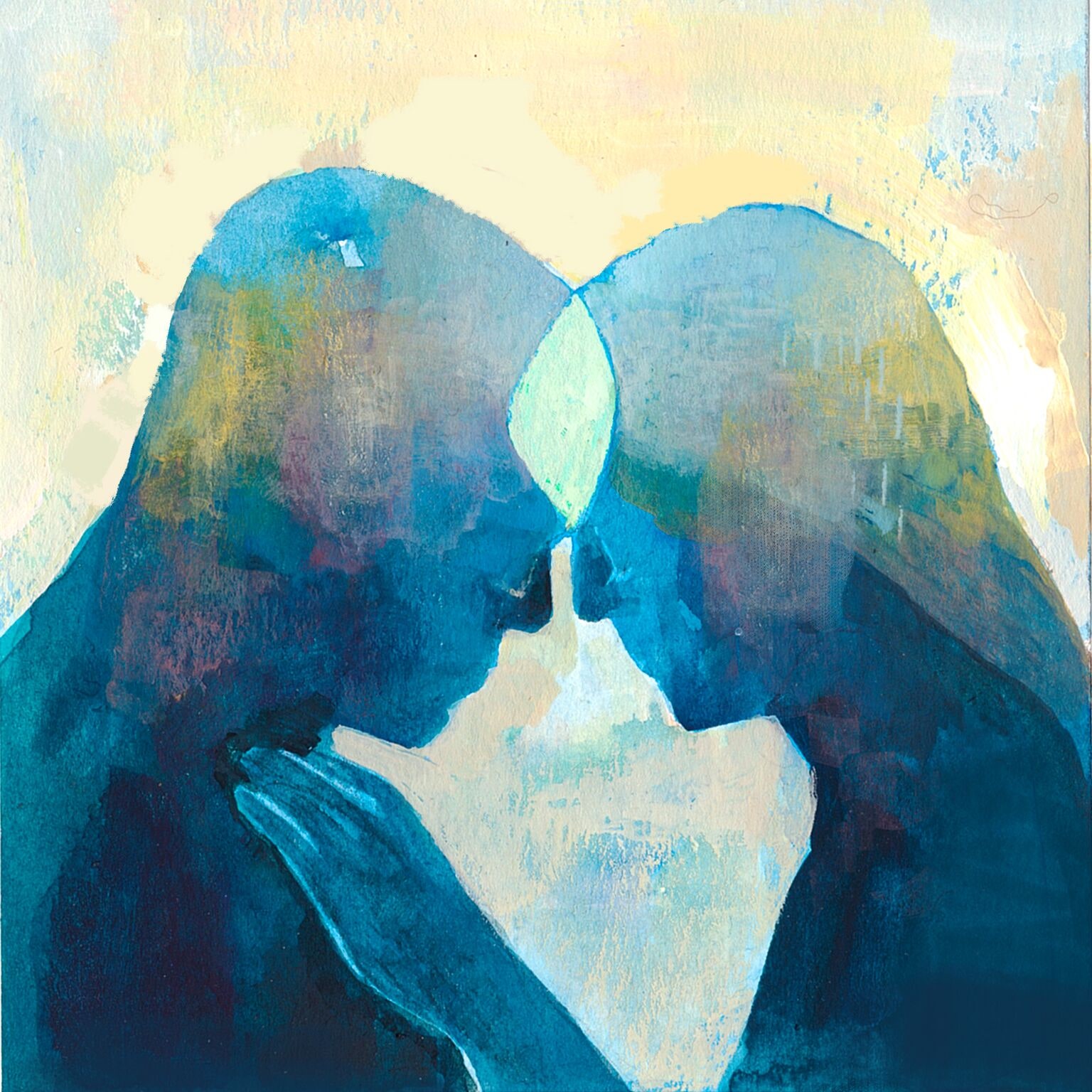 Maintaining a successful marriage isn’t easy. It takes work. It also, in our case, takes drugs.

My husband and I were inspired to try MDMA by Alexander Shulgin, known as Sasha, a Bay Area pharmacologist and chemist who specialized in synthesizing and bioassaying psychoactive compounds on himself and on willing subjects. He and some friends were on the Reno Fun Train in 1976, heading up to Tahoe for a weekend of gambling and carousing. His companions were drinking alcohol, but instead of joining them, Sasha drank a vial containing 120 milligrams of MDMA. He described the feeling like this: “I feel absolutely clean inside, and there is nothing but pure euphoria. I have never felt so great, or believed this to be possible.”

Sasha, who referred to the drug as his “low-calorie martini,” shared it with a friend, Leo Zeff, a psychotherapist who trained hundreds, perhaps even thousands, of therapists around the country in how to use MDMA as a tool in their practices. Sasha and his wife, Ann, a colleague of Zeff’s, referred to MDMA as an empathogen or entactogen, a drug that enhances feelings of emotional communion and empathy, allowing for an opening up of communication. This, they said, was what made it ideal for couples. It allowed them to discuss potentially painful or divisive issues without triggering feelings of fear and threat, but of love. A love drug!

> This, they said, was what made it ideal for couples. It allowed them to discuss potentially painful or divisive issues without triggering feelings of fear and threat, but of love.

From about 1976 to 1981, MDMA remained a virtual secret among networks of psychotherapists who found it a profoundly important tool, especially in the treatment of couples, but who were hesitant to publicize or publish their findings for fear of hastening criminalization. Inevitably, however, word got out to recreational drug users. In 1981, a group of chemists in the Boston area — known, imaginatively, as the “Boston Group” — rebranded the drug as “Ecstasy” or “XTC” and increased the pace of production, stamping out thousands of little colorful pills decorated with characters reminiscent of SweeTarts candies. In 1983, one of their distributors, with the financial backing of investors from Texas, massively increased both production and distribution. The “Texas Group” held huge “Ecstasy parties” at bars and clubs, circulating posters and flyers and aggressively marketing the drug. In 1985, as the psychotherapists had predicted would happen once use spread widely, the DEA placed MDMA on Schedule I, thus ending nearly a decade of successful therapeutic use.

When I first began considering taking MDMA, my husband and I had four small children, busy careers, and sleep deficits that challenged the _concept_ of empathy, let alone its reliable practice. We were stressed out, and though we would never have considered our marriage anything but happy, we were definitely communicating less than before we had children. We felt a little bit, we used to say, like foremen in a factory on swing shifts. We’d pass the children off to one another with sufficient instruction to ease the transition, and then head off to our own work. When we were alone together, we were spent and exhausted, encrusted with baby cereal and just a soupçon of puke, and though we still enjoyed one another’s company, at times we lost the sense of intense communion we had once had.

Still, as compelling as was the possibility of opening up the lines of communication in a circumstance that enhances feelings of empathy and love, it took years for my husband and me to work up the courage to try the drug. I was afraid of MDMA. I didn’t want to have a “bad trip,” and I didn’t want to die. It turns out, however, that so long as you’re not stupid enough to source your pills from a wild-eyed stranger wearing a pacifier around his neck, the drug is relatively safe, even at high doses, though there have been fatalities, including among healthy young adults. MDMA raises body temperature and inhibits natural thermoregulation, increasing the risk of heatstroke. For this reason, probably the worst thing to do under the influence of MDMA is dance wildly in a packed room or beneath the desert sun. MDMA can also increase heart rate and raise blood pressure, making it dangerous for those who suffer from high blood pressure or heart disease. Additionally, MDMA can cause water retention. So, for example, if one takes it at a rave, and then chugs water to counteract the possibility of dehydration, one can suffer from hyponatremia, or water toxicity.

Furthermore, MDMA certainly affects the brain. We know this because tolerance develops with repeated use, and can eventually become chronic. Heavy users don’t experience the positive effects of the drug, no matter how many pills they “stack,” or how much they ingest. Though there is no clear answer yet as to why this is so, it seems likely that some neuroadaptive process is going on. This means, in laymen’s terms, that MDMA changes your brain chemistry in some way, though we do not know whether these changes are destructive or problematic.

However, there has never been a fatality or even an injury when MDMA is used in a carefully monitored therapeutic setting. My husband and I decided that if we modeled our MDMA experience on the one developed by therapists like Zeff, were careful to regulate temperature and water intake, and put in place an emergency plan, we could safely take the drug.

We prepared far in advance for our first MDMA experience. We hired a reliable, mature babysitter to take care of our kids for three days, and arranged for one of their grandmothers to be on call in case of emergency. After first making sure emergency medical care would be readily accessible in the event of a bad reaction, we drove down the coast to a small hotel on the beach, checked into a spartan though comfortable room, and promptly collapsed on the bed in blissful unconsciousness. The next morning, we went for a hike out onto the cliffs above the beach. When we were precisely a thirty-minute walk from the hotel, we took the pills. My stomach clenched in panic as soon as I swallowed the drug. Forget the research! What if my spinal fluid vanished? I could feel it evaporating already. What if my brain overheated? A fried egg! That’s what a brain on drugs looks like! I knew that for sure, because Nancy Reagan told me so!

“Look at me,” my husband said. He held me by the shoulders and stared into my eyes. His pupils were not yet dilated.

“This is good,” he said. “Nothing bad will happen.”

A few deep breaths later, as the fog lifted over the Pacific, we hiked slowly back to the room. We stripped, got into bed, and waited for the best sex of our lives. The drug was called Ecstasy for a reason, right?

Not so much. MDMA certainly enhances the senses. It makes touch feel glorious. The drug first came on with what I can best describe as a wave of warm, sensual tingling. I even got wet. But neither of us experienced the profound sexual arousal we’d anticipated. In fact, nothing about the experience was what we had imagined it would be. We didn’t rock the bed like a wrecking ball. We didn’t trance-dance into a fatally overheated stupor. We didn’t see fairies dancing in the sky, or any other visual hallucinations. The drug is not hallucinogenic.

> The drug first came on with what I can best describe as a wave of warm, sensual tingling.

What we did was talk. For six hours, we talked about our feelings for each other, why we love each other, how we love each other. We talked about what we felt when we first met, how our emotional connection grew and deepened, how we might deepen it still. The best way I can describe it is that we were transported emotionally back to our relationship’s early and most exciting days, to the period of our most intense infatuation, but with all the compassion and depth of familiarity of a decade of companionship. We saw each other clearly, loved each other profoundly, and basked in this reciprocated love.

The feeling lasted not for hours or for days, but for months. Actually, the truth is, it lasted forever. We’ve done the drug since, every couple of years, when we feel we need to recharge the batteries of our relationship. Though the experience has never again been quite so intense, it has been a reliable method of connection, of clearing away the detritus of the everyday to get to the heart of the matter. And the heart is love.

> Though the experience has never again been quite so intense, it has been a reliable method of connection, of clearing away the detritus of the everyday to get to the heart of the matter. And the heart is love.

I’ve been honest with my children about MDMA. I’ve told them it’s been helpful to their father and me, that it’s a very special drug, though their peers use it foolishly. I’ve warned my children that the vast majority of what is called MDMA or Molly on the market is either methamphetamine or something more toxic. If they do MDMA, they must test it first. If they cannot establish through testing that a drug is pure, they must not risk taking it.

I’ve also counseled my children about the dangers MDMA poses to body-temperature regulation and water toxicity, and explained that this is why they must not use the drug at a rave or a party, but only in a small group in a cool room. Or, better yet, one to one, with someone they love. And then I’ve gone beyond harm reduction to life enhancement, and explained to my children that MDMA is one of those rare experiences that are at their very best the first time you do them. About what else in life can we say that? Not sex, that’s for sure! I believe that with whom you do MDMA for the first time might even be more important than with whom you have sex for the first time. Ideally, you’d have sex for the first time with someone you love, after serious contemplation and discussion, but, whatever happens, chances are it’s not going to be great. And even if by some miracle it’s wonderful, even if you happen to be one of the infinitesimal number of women who orgasm in their first sexual encounter, sex only gets better the more practice you have. The opposite is true about MDMA. The first time you use MDMA is the most profound, and tolerance inevitably develops.

Do it like we did, I tell my children. Don’t waste that first experience. Save it for your soul mate. I anticipate that they will take this advice about as readily as they take my advice about what to wear, whom to date, and whether to get a tattoo, but I wish they’d listen to me on this one. Because your first time really should be special.

*Ayelet Waldman is the author of* A Really Good Day: How Microdosing Made a Mega Difference in My Mood, My Marriage and My Life.

1 I realize that for some of you the prospect of talking for six hours about your relationship seems like the very definition of a bad trip. If so, MDMA is not for you. Actually, I take that back: MDMA is _especially_ for you. Hundred bucks says your spouse would agree.