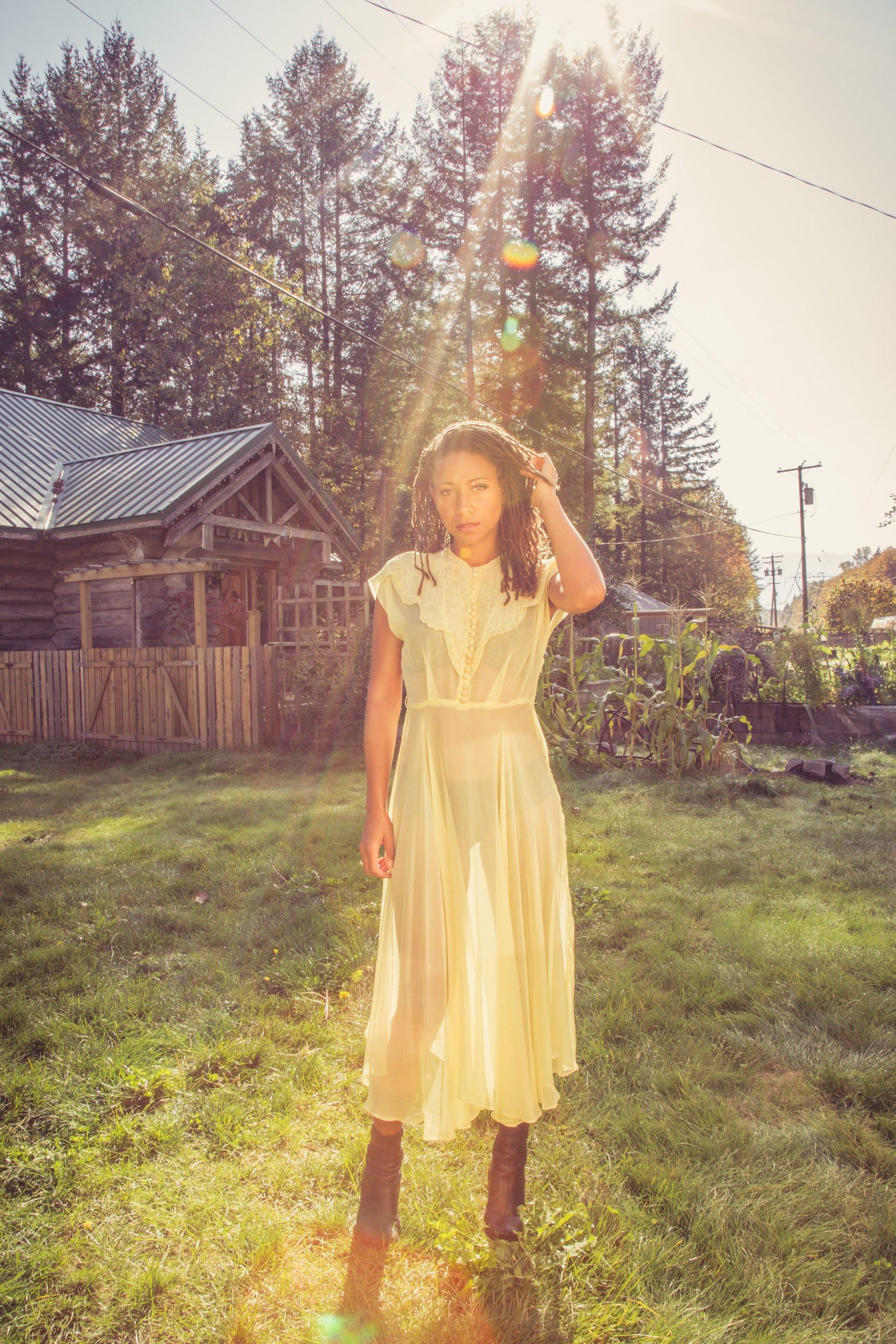 In 2006, Vancouver-based singer-songwriter (2) won David Foster’s Star Search competition in British Columbia with a last-minute rendition of “If It Makes You Happy” by Sheryl Crow. Opting out of the mainstream route to musical stardom such a win might have facilitated, in 2009 she moved back home to release her first record, _Underachiever_ _,_ a pretty pop-folk debut that established her as a promising new talent on the indie scene. Six years later, she released her second album, the darker, more confident _Volume One,_ and gained a cult following in the metal community after the acclaimed release of _Casualties of Cool_ _,_ a collaboration with legendary metal musician Devin Townsend that (3) on the respected punk-music blog Sputnikmusic.

With layered, evocative vocals that oscillate between pretty and haunting, complementing her contemplative, old-soul lyricism, Ché’s sound is almost uncategorizable — at once folksy, bluesy, and atmospheric; aching and lovely and raw. Imagine a dreamy fusion of Nina Simone with Bat for Lashes’ Natasha Khan. This winter, Ché will release her third studio album, _Between the Walls and the Window,_ featuring her trademark ethereal vocals hardened by layers of guitar, polyphonic soundscapes, and an almost-industrial flourish.

Over the phone, we talked about her first single off the album _,_ ” (1)”; her inspirations and artistic evolution; and the fight women are still up against.

**Mila Jaroniec:** Talking about _Between the Walls and the Window_ _,_ you’ve said: “Lyrics are important to me, and I’ve found that instead of only talking about lost love and feelings of helplessness, I’ve started to comment on social issues. These songs have something to say.” What was the pivotal point that led you here?

**Ché Aimee Dorval:** I’ve done a lot of growing up in the past five years. I’ve gone from being fearful and unsure to someone very centered, partially due to the people I’ve chosen to surround myself with. It’s easy to drown in your neuroses when your surroundings are chaotic, and it’s always been hard for me to avoid conflict. These days, my relationships are healthier and I’m rarely insecure — unless I’m holding a guitar in public . So I’ve been able to focus on issues that have a greater reach than my own backyard.

**MJ:** You could’ve easily become a pop star, and you didn’t. Why was that? Did anyone try to point you in a different direction?

**CAD:** _Everyone_ tried to point me a different direction. And I get it: the music business is hard. You have to take opportunities. But I knew then, as I do now, that I am only able to do things I connect with. Writing and singing are how I make this world gentler for myself, so I decided to try and create music that made sense to me. Eventually, it led to _Casualties of Cool._ And it led to working with Bob Rock. And it led to writing _Between the Walls and Windows,_ the truest representation of me in my solo work to date. I truly believe that if I had gone the recommended route, I wouldn’t have had the stamina to keep going.

**MJ:** Let’s talk _Casualties._ Experimentation is to be expected from Devin Townsend, but this album, which sounds like “haunted Johnny Cash songs,” was a shock to fans who thought they had placed his sound, and that’s thanks to you. What was the most edifying aspect of this collaboration?

**CAD:** Before _Casualties,_ I wasn’t really open to writing with anyone else. When I started working with Devin, he fostered an independent and explorative environment and took me under his wing in every aspect. He was open and eager to teach me whatever I wanted to learn. I became a better guitar player, writer, and producer, and learned to count on myself. This sounds cheesy, but his belief in me helped me believe in myself. I needed that bit of reassurance from someone I respected.

**MJ:** How was this different from working independently?

**CAD:** I found that opening up to writing with the right person allows me to reach creative and emotional heights that are harder to reach independently. The stakes don’t feel as high, so the writing comes easier and results in more fully realized songs. That’s not something I’ve been able to do when I listen back to my solo work. There’s too much of only me in it.

**MJ:** _Between the Wall and Windows_ has distinctly sharper edges than your previous album, _Volume One_ — like you’ve transitioned from “Do I dare disturb the universe?” to “Death will tremble to take us.” Are your braver strides the result of embracing fear, letting go of fear, or a balance of both?

**CAD:** With this record, I was done being a “hurt person.” I wanted to tell my story in a productive way and not be fishing for comfort while telling it. Maybe there’s a sense of “Fuck you for doing it” about these songs, but the other side is there too. “Afraid” is about being too scared to make a move in any direction. Regardless of how strong I feel now, that fear still lives in me and occasionally takes center stage. But a little bit of fear is a good thing. It keeps you engaged; it keeps you honest.

**MJ:** The single “Buried,” is about the uphill battle of reproductive rights _still_ at the mercy of these megalomaniac lawmakers. What made you take up the sword and be vocal about women’s rights?

**CAD:** If the last few years have shown us anything, it’s that we’re not as evolved as we thought we were. We live in a time where a man can brag about sexually assaulting women and be elected president of the United States. We are part of a society where you can rape a woman, be convicted, and only have to endure three months of prison time. And those are just the extreme examples of what women and transgender people still have to deal with. The everyday battles we fight may not make it into the news, but they are just as oppressive. It’s hard to be a thinking, feeling individual today and not have some of that anger and frustration show in your art. I’m meeting the world on its terms now, but the terms need to be changed.

Between the Walls and the Window _will be available December 8._

_Mila Jaroniec is the author of_ Plastic Vodka Bottle Sleepover _(_ _Split Lip Press, 2016_ _) and an editor at drDOCTOR._