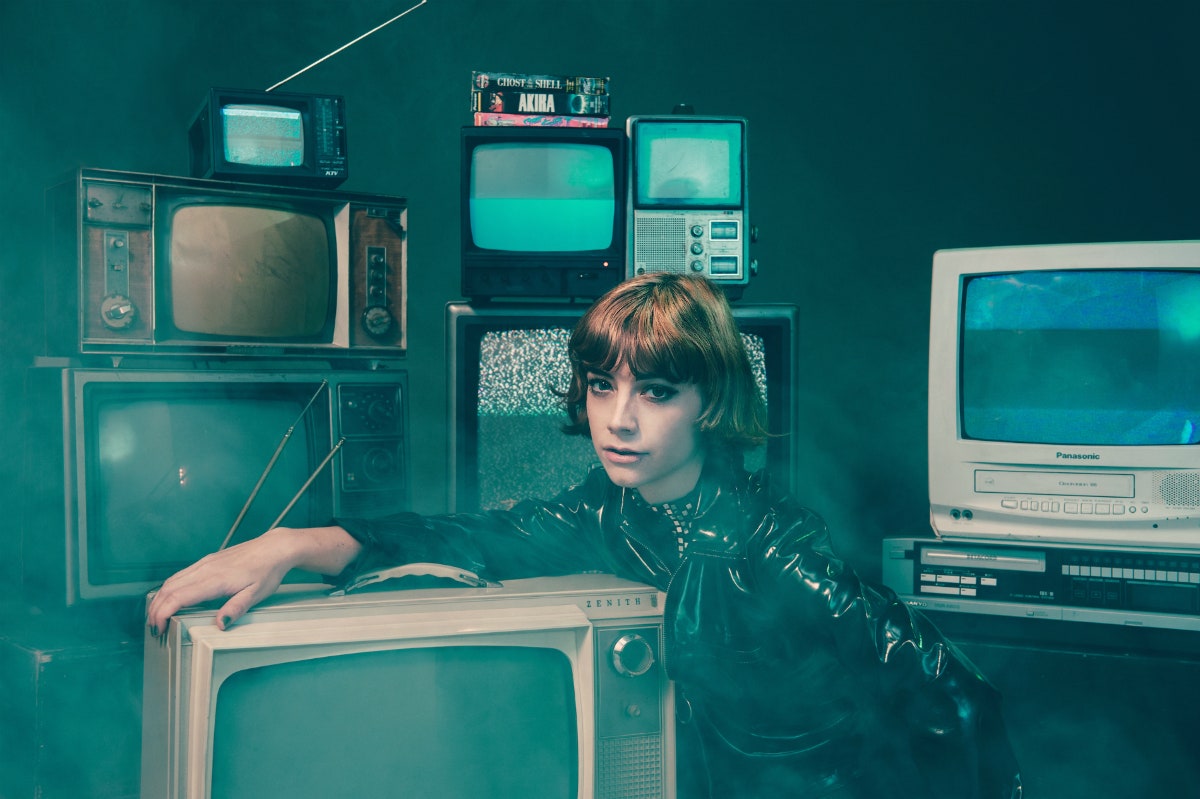 *Danielle Johnson is the musician and producer behind Computer Magic. On February 23, she’ll be releasing her sophomore album, DANZ, a ten-track record that explores losing yourself and your memory through the lens of technology. For Lenny Letter, Johnson breaks down the story behind one of the songs on her new album, “Ordinary Life (Message From an A.I. Girlfriend).”*

My new record, *Danz*, is more personal than any other record I’ve ever made. Generally, I draw inspiration from characters in movies or books, and I distance my own experience from my songs. Maybe it’s a way of avoiding vulnerability. This time, I really wanted to write from my point of view and needed to get some things out. For instance, in the song “Drift Away,” I wrote about my stepbrother Eric, who passed away when I was younger. Some songs have the theme of an identity crisis, about slowly losing your mind during your creative process. Others are more abstract, like the song “Space and Time / Pale Blue Dot,” which is about a dream I had of drifting off into the atmosphere and floating into the cosmos. Each song was written in a slightly different state of mind, but there is one common theme: the feeling of isolation.

For some reason, my mind has always been infatuated with possibilities of what the future might be like. When I first started writing songs, I was obsessed with movies like *2001: A Space Odyssey*, *Barbarella*, *Logan’s Run*, *Zardoz*, and anything sci-fi, especially from the late ’60s or ’70s. As a result, much of my material is sci-fi-related. One of the first Computer Magic songs I ever wrote, “Victory Gin,” was based on the George Orwell book *1984.*

One of my favorite songs on my new record, “Ordinary Life (Message From an A.I. Girlfriend),” takes place in the near future, written from the perspective of an A.I. girlfriend who does not want to adhere to her programming any longer. Part love song, part confessional, the song sees her professing a need to see the world and be different than other robots, all while still wanting to be perfect for her human lover, an obvious built-in trait.

I’ll set it up like this: It is the year 2093. We now co-exist with artificial intelligence. You would not be looked down upon for buying your own personal robot-girlfriend or boyfriend; in fact, this is the norm. Humans aren’t perfect — in this dystopia, robots are. Your robot will clean and cook for you, be there for your emotional and intimate needs, even do your tax returns and accounting. They practically act, look, and feel human to the touch. What else could you want?

Then they become self-aware. They want to travel, see other people, go out to see a show. They realize what they are and what they are capable of. You can’t override this. They, in a sense, become human.

The robot sings “Everlasting lover, what do you think of me? Am I everything you wanted, because I try to be, the thing is I don’t want an ordinary life.” She is really stuck, isolated in her world because of what she is — or is it who she is? She wants to be her own person. I could just as easily imagine this song taking place in the early 1900s from the perspective of a fed-up housewife. Or even my own life. At the time this song was written, I was performing domestic duties, and there is a part of me that felt akin to the robot. I felt like breaking free, but I also wanted to be dependable.

Of course, this song is inspired heavily by Philip K. Dick. It’s very *Do Androids Dream of Electric Sheep?*, very *Blade Runner*. The character in my song actually reminds me of the A.I. girlfriend in the recent *Blade Runner* sequel, except tangible and made of metal, not a hologram. In the movie, she is semi-self-aware but completely accepting of her fate of being stuck in Ryan Gosling’s pocket forever. What I’m referring to in the song, though, is a more enlightened robot, a non-complacent machine.

Outside of this futuristic universe, “Ordinary Life (Message From an A.I. Girlfriend)” is just as relatable and haunting in today’s world. The struggle for independence is a real thing in many human relationships. When A.I.s are integrated into our society in a more permanent way, their (and our) independence will be in question as well. Whatever you do, don’t Google the technological singularity.