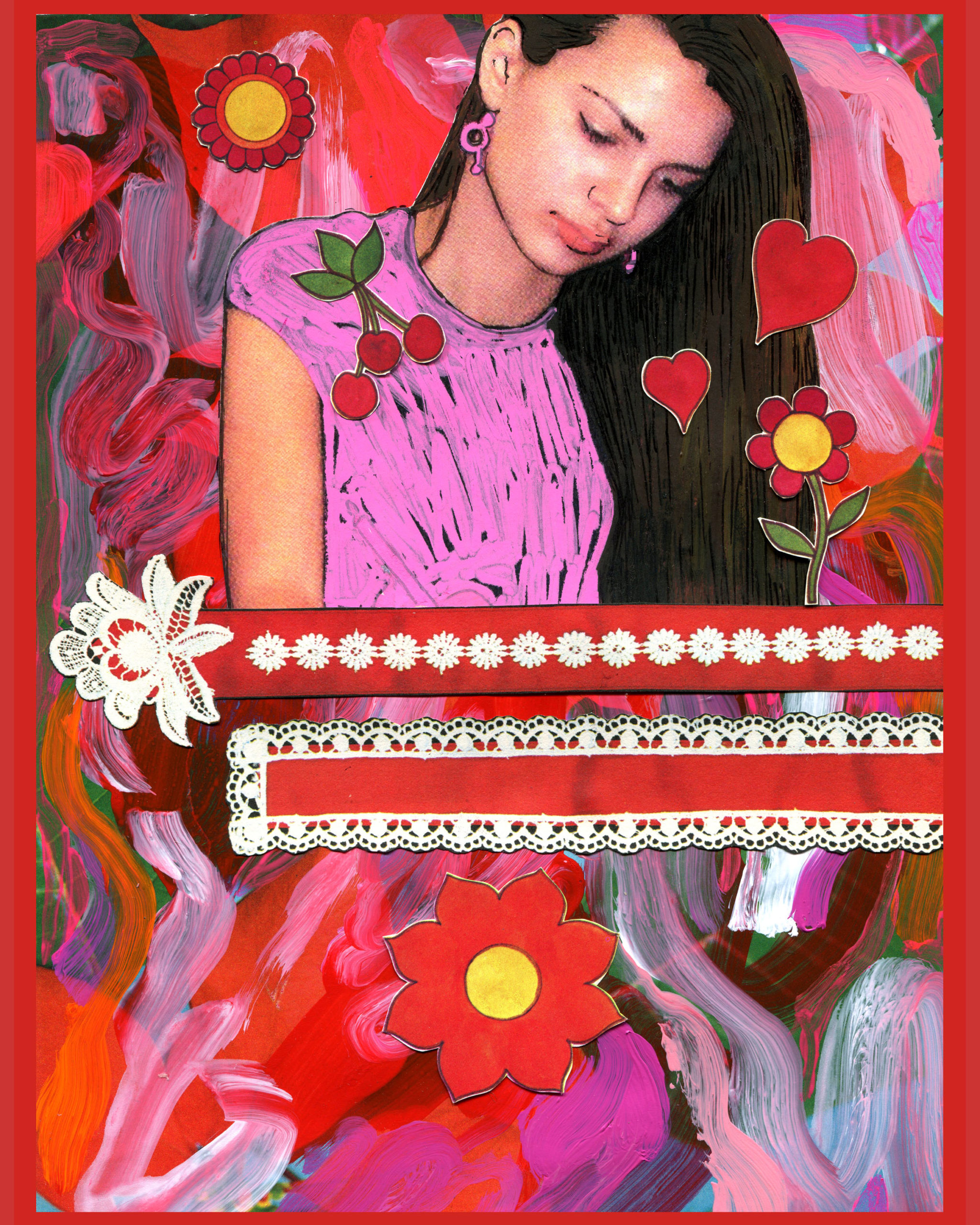 Growing up, my father would lovingly refer to me as a “baby woman.” And that’s what I was: a 12-year-old with D-cup breasts who still woke up in the night and asked her mom to come and sleep in her room.

As an only child in a tightly knit family with two of the most loving people I have ever known — think Atticus in *To Kill a Mockingbird* — I was safe in the in-between place of half-baby, half-woman. The confusion came from outside our small, ivy-covered, wood-floored home in Southern California.

In eighth grade, a vice principal snapped my bra strap in front of an entire room of my classmates and other teachers. She did it because the strap was falling out from my tank top and that broke the school’s dress code. When I was 13, a close family member came to see my performance in a play. I remember feeling pretty — tanned, wearing lip gloss and a red button-up ribbed top over my bra and a mod-style zip-up miniskirt from Forever 21. Our family member sobbed to my mother and me at dinner after; she was worried for me, worried about the looks I got from men, because I was wearing what I was wearing. I needed to protect myself, she explained.

The same year, my parents hosted a dinner party where I spoke freely, keeping up with the mature humor and storytelling, an only child comfortable sharing my conversation with adults. On my way to the bathroom, before dessert, an older family friend took me aside, separate from the rest of the party: “You need to hide out, a girl like you, keep a low profile.” Whatever that meant. I truly believe he felt he was being protective, helpful even.

When I was 15, the adults in my life were concerned by my modeling at such a young age. They’d heard the horror stories of creepy middle-aged men taking advantage of young women, or agents pressuring girls to lose weight. Surprisingly enough, dealing with the world outside the industry was the toughest part of my adolescence and young adulthood. Teachers, friends, adults, boyfriends — individuals who were not as regulated as those in the highly scrutinized fashion world were more often the ones to make me feel uncomfortable or guilty about my developing sexuality. I was modeling only occasionally at that time, but I found the same people who faulted the modeling industry for being oppressive and sexist were frequently missing entirely their own missteps and faux pas. Their comments felt much more personal and thus landed that much harder.

> Their comments felt much more personal and thus landed that much harder.

I was still figuring out how to put a tampon in, never mind how to understand some of the more complicated aspects of womanhood, and all these kinds of interactions made me feel like I was missing something about the world. Even now, as an adult, I think of my thong popping out of my low-rise jeans in class and of my neophyte attempts with eye makeup and wonder, *Wow, should someone have forced me to wear something else?*

I see my naked body in the mirrors of all the places I’ve lived, privately dressing, going through my morning routine. I get ready for my day as one of my many roles in life — student, model, actress, friend, girlfriend, daughter, businesswoman. I look at my reflection and meet my own eyes. I hear the voices reminding me not to send the wrong message.

And what is that message exactly? The implication is that to be sexual is to be trashy because being sexy means playing into men’s desires. To me, “sexy” is a kind of beauty, a kind of self-expression, one that is to be celebrated, one that is wonderfully female. Why does the implication have to be that sex is a thing men get to take from women and women give up? Most adolescent women are introduced to “sexy” women through porn or Photoshopped images of celebrities. Is that the only example of a sexual woman we will provide to the young women of our culture? Where can girls look to see women who find empowerment in deciding when and how to be or feel sexual? Even if being sexualized by society’s gaze is demeaning, there must be a space where women can still be sexual when they choose to be.

I think of John Updike’s short story “A & P,” in which a young girl in a resort town wears a bikini into a grocery store and is asked by the store manager to leave. She enters the store in her new sweet bathing suit, excited for a summer day, and exits with a crushed spirit and an uncomprehending feeling of guilt. I think of women in their workplaces worrying about how their sexuality might accidentally offend, excite, or create envy. I think of mothers trying to explain to their daughters that while it wasn’t their fault, they should cover up next time.

I refuse to live in this world of shame and silent apologies. Life cannot be dictated by the perceptions of others, and I wish the world had made it clear to me that people’s reactions to my sexuality were not my problems, they were theirs.

I was showing a charcoal nude of mine to an esteemed male professor when he suggested, “Why not draw a woman with a waist so small she falls over and cannot stand up?” It was the end of term in my drawing class at UCLA, and I was struggling to explain my thesis to him. I wanted to celebrate the beauty of a woman’s waist, thighs, and hips in my drawings, not to overly sexualize the body but to show the strength in beauty. He shook his head; my attempts were unsuccessful, and he had missed my concept completely. He told me I was either to play into the stereotypes of the beauty standard or to show its oppression. I struggle to find the space between as an artist, as a model, and simply as a woman — a space where I can have ownership and enjoyment of my gender. Honoring our sexuality as women is a messy, messy business, but if we don’t try, what do we become?

*Emily Ratajkowski is an actress and model living in Los Angeles.*