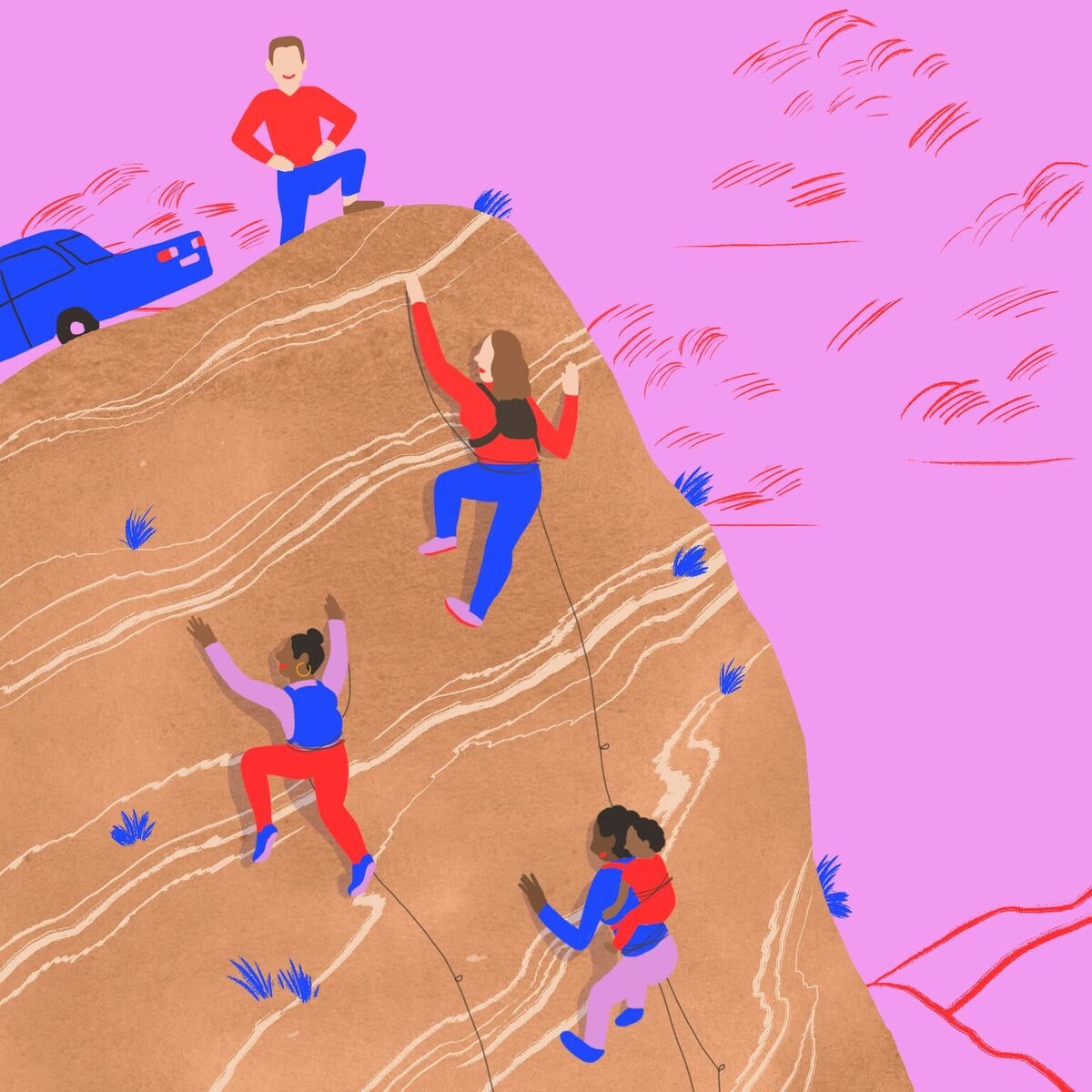 If someone wishes you a Happy Equal Pay Day today, tell them thanks but you’d rather get paid. Equal Pay Day — Tuesday, April 4 this year — isn’t a holiday we celebrate. It’s the day that marks how far into the current year a woman has to work to make the same amount a man made in the previous year. Because women who work full-time, year-round in the United States are paid just (2) on average for every dollar men earn, it takes them over fifteen months to make what a man makes in twelve.

The picture is even bleaker for (2): that 80 cents on the dollar shrinks to 63 cents for black women and just 54 cents for Latinas. So for a lot of women — too many of us, in fact — our Equal Pay Day is months away.

Working mothers, who often need the resources most, bear the heaviest burden. Consider the ” (16),” which leads to working mothers earning even less, or the “triple bind” for mothers of color who stand at the intersection of racism, gender discrimination, and caregiving. This reality carries very real consequences: if we closed the wage gap for median annual pay, (17) — over 80 percent of whom are primary breadwinners for their families — would have enough money each year to pay for an estimated four more years of food, three and a half additional years of childcare, or two and a half more years of rent.

I know what those numbers really mean because, for much of my life, I was one of those women. As a woman of color and a single mom at 17, I worked full- and part-time jobs to support my daughter and myself while putting myself through college and law school. When I think about those days, I know the huge difference an extra few months of income would have made in my life — and I was fortunate by comparison. If the bottom had really fallen out in those early years, I could’ve leaned on my mom, and later, with a law degree in hand, I landed a well-paying job with full benefits. But so many women can barely make ends meet just to survive and have few supports to turn to.

All of this lost income adds up over the course of a career: For (13), it’s an eye-popping three-quarters of a million dollars. And (11)? In excess of a million.

And if we keep going at the rate we’re going, it will take until (14) to close the wage gap for women generally. That translates to more than a century for black women — two centuries for Latinas — to achieve wage parity. We cannot afford to wait that long.

Achieving “equal pay for equal work” is a worthy goal, but it’s not enough to close the gap. We need to take on discrimination in the workplace — both explicit and implicit bias — by strengthening our laws, promoting pay transparency, and instituting other critical reforms. But in order to achieve real equity, we have to go further.

> Achieving “equal pay for equal work” is a worthy goal, but it’s not enough to close the gap.

We need to address the disproportionate number of women — especially women of color — who are trapped in low-wage work. We have to confront the value (or lack thereof) we place on women’s work. We pay (7) twice as much as childcare providers, and (8) more than housekeepers. Domestic workers, who are overwhelmingly women and predominantly women of color, are among the most undervalued, unprotected workers in America — it’s an outrage that the people who take care of our families can barely afford to take care of their own. And what’s more, wages are not only lower for work traditionally performed by women, but employee compensation decreases when women move into traditionally male-dominated jobs. Take, for example, the field of recreation. A (12) found that as women increasingly took over jobs like working in parks or leading camps, wages dropped by nearly 60 percent.

Making progress on women’s wages is hard because it requires us to change the way we think about women and the roles they play. It requires reimagining the workplace. It means reconsidering long-standing practices that seem benign but actually reinforce gender inequity, like asking job applicants for their last salary information. If a woman has been undervalued in a prior job, that inequality is perpetuated in her new position too.

We also need to challenge _Mad Men_ –era notions of women as caregivers and men as primary breadwinners and adopt 21st-century workplace policies that reflect real changes in the workforce. Women are increasingly the primary or sole breadwinners for families with children, and many men today want to be more involved in caregiving than in past generations. It’s past time for policies like paid family leave and flexible scheduling that keep working women — and men — from being penalized in the pocketbook for shouldering the bulk of their family’s caregiving responsibilities.

But for as long as we’ve known about the wage gap, there have been naysayers who dismiss it as a myth. They claim there’s no need for new laws, since discrimination is already illegal, and any differences in wages or salary can be chalked up to women’s personal choices or so-called lackluster negotiating skills. Donald Trump (15) on the campaign trail that under his administration, women will make the same as men if we “do as good a job,” as if we weren’t already.

So we need to be vigilant. (4) signed into law last year is a promising sign that there’s growing recognition that more work needs to be done. The law seeks to ensure equal pay for comparable work and address inequities inherent in prior-salary matching. And it’s an encouraging step forward that many corporations around the country like (5) and (6) have begun to conduct pay audits and take other measures to remedy salary-gender disparities within their ranks.

We should also pursue innovative efforts to engage new people in new ways. (3) in partnership with Love Army just launched (3), which raises awareness and inspires action by encouraging men to donate the difference in their wage-gap earnings to organizations fighting for women’s equality. (Shameless plug alert: This effort is led by my brilliant daughter, Meena Harris.)

Now is the time to get creative and think big. And I know we can do it because I’ve seen the energy that exists throughout the country to make it happen.

Over the last two years, I had the honor of working to elect Hillary Clinton for president. Traveling with her on the campaign trail, it was always a thrill when we’d be at a big rally in Iowa or Nevada or Minnesota and she’d launch into a familiar riff: “My opponent has accused me of ‘playing the gender card.’ Well, if fighting for equal pay and paid family leave is playing the gender card, then …” As if on cue, the crowd would scream along with her, game-show style: “DEAL! ME! IN!”

Even though I knew the line by heart and knew when it was coming, it moved me every time. Hillary had tapped into something real and powerful — the same fighting spirit we saw the day after inauguration, when more than 3 million women and men marched for women’s equality.

We have our work cut out for us, no doubt. But people are mobilized and energized like never before. And with over 100 major corporations signing onto President Obama’s (9) in just the past year, as well as stronger equal-pay laws recently enacted in places like (10), Massachusetts, and (1), momentum is on our side. If we keep up the fight in our cities, states, and across the nation, I know we can get this done and finally have something to celebrate.

_Maya Harris is a lawyer and civil-rights advocate who served as senior policy adviser for Hillary Clinton’s 2016 presidential campaign._