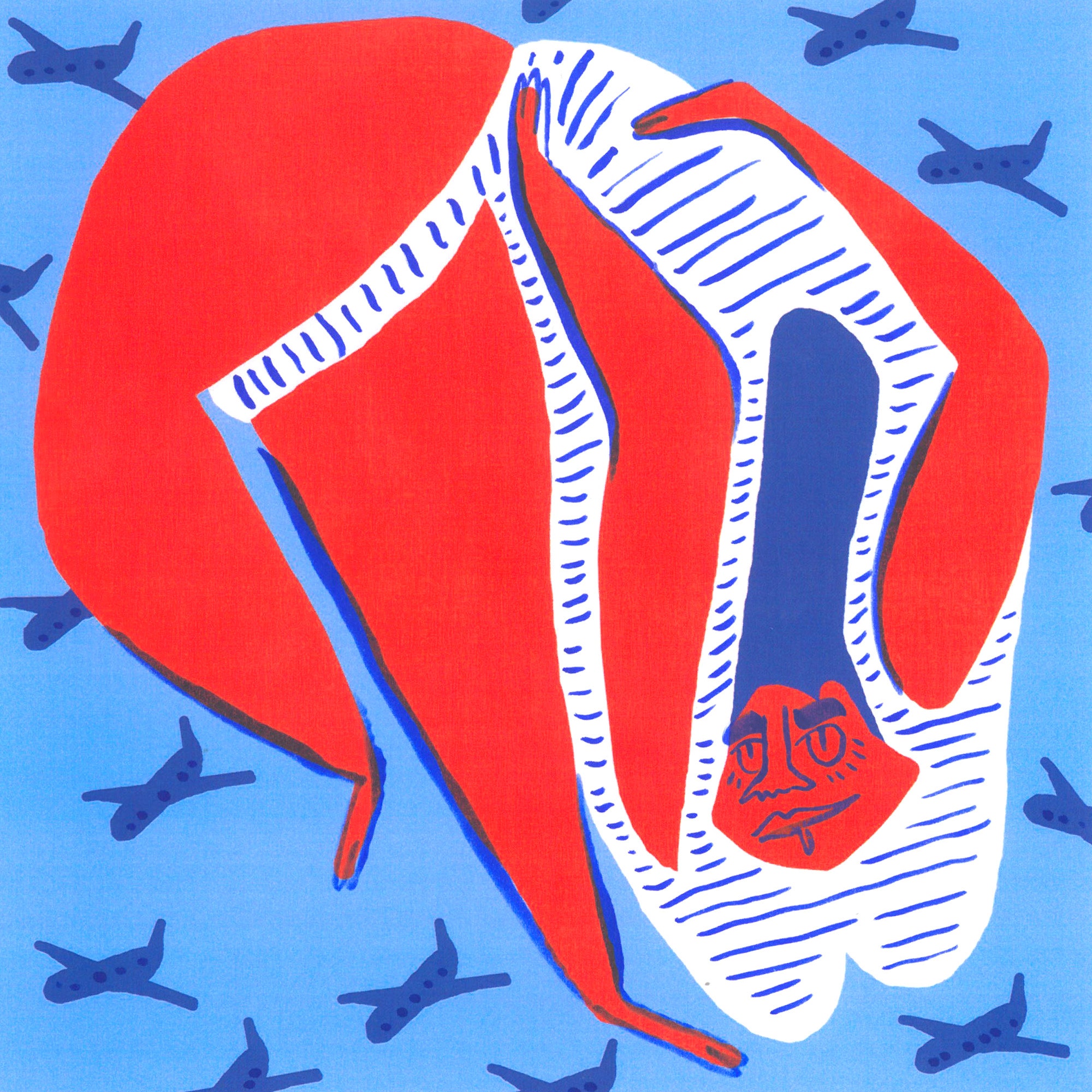 I love roller coasters. I love the way my body jumps into panic mode, my heart racing and adrenaline pumping just before the big drop comes. On January 20, 2017, I learned that something similar happens when I am on an airplane: the adrenaline pulsates through my veins as the plane speeds down the runway. That’s the day I stepped into my local airport and geared up to fly by myself for the first time, to California from Lockport, New York, for the San Diego State University Writer’s Conference.

When it was time to board, I hugged and kissed my mother goodbye with a promise to see her three nights later when I would arrive home. I took a deep breath and sighed in relief as I stepped on the plane and saw that there were no in-flight televisions. As a journalist, it is my job to stay informed, but as a black disabled woman, I needed a reprieve from the nearly 24-hour news coverage of the inauguration; I needed to believe, if only for a moment, that this was not happening.

Being black in America is often exhausting already –– we have to worry about being stopped and frisked, about being killed by police with no consequences –– and couple that with being a person with a disability who is pitied and invisible at the same time. The coverage of the inauguration felt like another celebration of our mistreatment, as the president has insinuated that black people are living in hell, and has promised to repeal the Affordable Care Act, which affects millions of disabled people.

My reprieve ended as soon as I landed in Chicago for my layover and connecting flight. First, the plane dropped its passengers off on the far side of the airport, leaving me to trek across massive O’Hare to find my new gate. My right leg from hip to ankle was already aching from sitting so long, and it only got worse as I walked. I passed an airport employee who was driving a cart, but he refused to stop because he wasn’t “going my way.”

Even worse, there were TVs everywhere playing the full inauguration coverage, and it was only 8 a.m. “What will he say?” “What will he wear?” Waiting for him to arrive became like watching a bizarre royal wedding, each journalist more excited than the last, and all I kept thinking is, _None of this is normal, and none of this is OK._

On my flight from Chicago to San Diego, I sat next to a man who was watching the inauguration. Without meaning to, I caught a glimpse of the man who spent his entire campaign and the months that followed offending and threatening anyone who didn’t look like him, agree with him, or share his sexual orientation or physical ability. After rolling my eyes and turning up my iPod as high as it would go, I decided that I was going to resist for the next four years in any way that I knew how.

First, I was going to find joy on this trip wherever I could, whenever I could. There was no use in spending the trip of a lifetime being scared, anxious, and closing in on myself.

I kept that first promise: I found joy in attending sessions that featured tips on how to turn your book into a screenplay, a talk with _New York Times_ best-selling author Marjorie Hart, a wine-and-cheese night, a few wonderful but terribly acted Lifetime movies, lunch with my best friend, In-N-Out, my first Uber ride, and Game Night in a Can. I met people who wrote or were writing the books I couldn’t wait to read, people who were resisting in their own way by putting the art out into the world that they wanted to see.

I was nervous about being in California by myself for the first time and trying to navigate the conference, but I was lucky enough to have Jennifer Pooley, a former HarperCollins editor whom I met through Twitter, help me find the halls where the talks were taking place and introduce me to other writers and publishing types. I was also fortunate enough to stay at the hotel that the conference was in, so when I needed to rest, I went back to my room to recoup.

When the conference was over and I woke up the next day packed and ready to go back home, I hit a few travel snags. There were a few flight delays, one cancellation, and a change of airline, but again, Jennifer swept in and saved the day. She helped me secure another flight on a different airline, transportation from gate to gate at each stop so I didn’t have to worry about any aching legs, and a firm but calm demeanor while speaking to the airport employees to make sure I got home safely.

At the time, I was worried that I would never get home, but now, I understand that the delays were indicative of the roadblocks to come in these next four years for those of us who will resist everything this current president stands for. The battle won’t be easy; it will be long and hard-won. I proudly and without pause take a stand against the man who threatens every aspect of my identity with his team of like-minded people and their push to create policy and law that will do more harm than good. I will be vocal and triumphant in the face of tyranny. I will not be silenced. As a journalist, I will cover the truth and speak it often. Though my body could not handle attending the women’s marches that took place during my trip to San Diego, I will continue to promote and champion all efforts to say no and resist.

My final act of resistance will be to continue doing the things that scare me: continuing to travel, continuing to dream, and continuing to live. I will not cower; I will laugh in their faces and hold my loved ones close.

I love roller coasters. I love the way the wheels clunk up the track just before the big drop, the small wait just before you plummet down into the unknown. That’s what the next four years of America will be. I don’t believe in saying that we will all be OK, because the truth is many of us won’t survive. However, if there is anything that I know about the people that I love and the people reading this, it is that we will be damned if we go down without a fight. On January 20, 2017, as America swore in a racist, misogynistic demagogue, I flew from east to west, refusing to spend one more moment letting fear dictate how I live my life and how I will fight for it.

_Keah Brown reads a lot of books, writes a lot of things, and watches far too much TV. Her work has appeared in_ Teen Vogue, _Literary Hub, Catapult, and ESPNW, among other publications. Follow her on Twitter: @Keah_Maria._