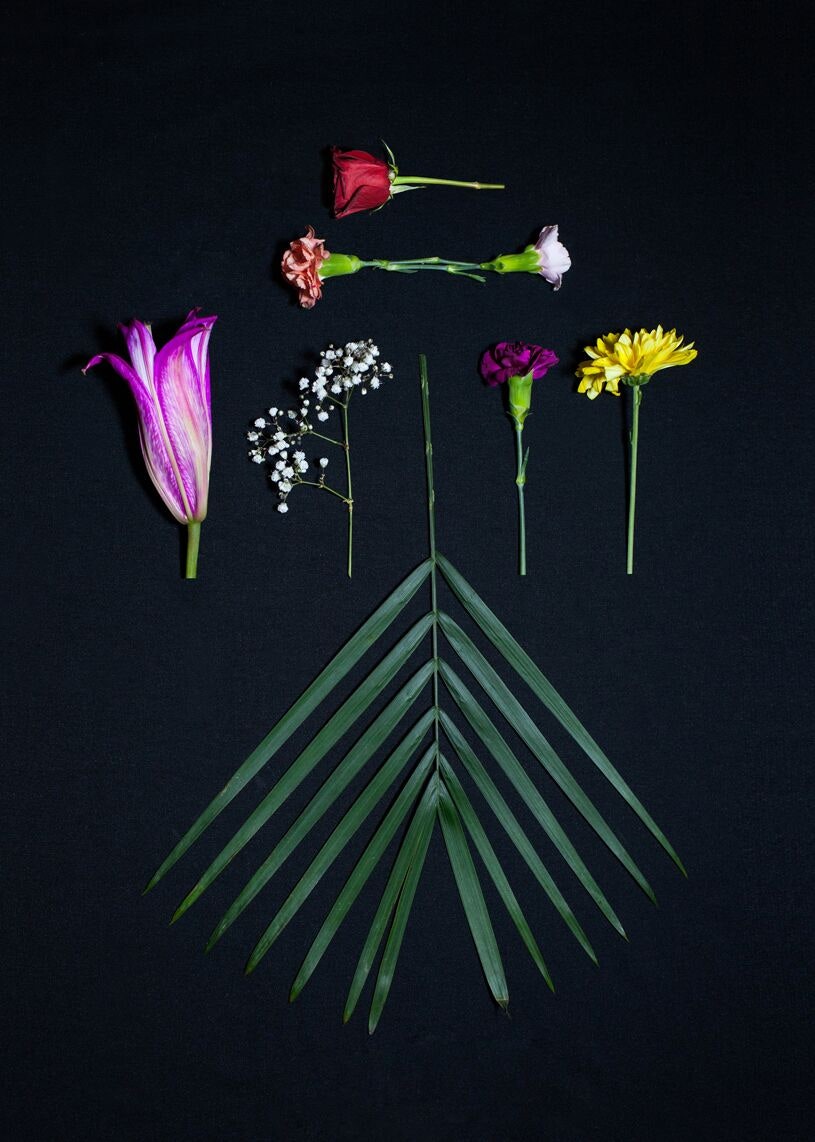 _I met Lizania in college about eight years ago. I was drawn to her immediately, not only because she was insanely talented — clearly one of the best designers in my class — but because she was Dominican, and it was nice to have a kindred Caribbean spirit in class with me. Shortly before the election, she began her “Flowers for Immigration” project, where she asked men working at the flower stands in bodegas across New York City to create a flower arrangement to send to Donald Trump, which she then photographed. I loved the sentiment behind her work: there are so many things that can become a form of protest, so many ways to give those without a voice a chance to express themselves and create something beautiful. For Lenny, Lizania asked four Mexican women to create arrangements for Trump, and asked them their thoughts about our newly elected president._

Nancy, a native of Hidalgo who has lived in the United States for twenty-three years, was offended by Trump’s words, not only as an immigrant but as a woman. She said, “_No creo que ese señor salio del vientre de una mujer_” (“I don’t believe that man came from a woman’s womb”).

She chose a bright-blue painted margarita for the center of the arrangement, saying, “_Una flor azúl, porque es un hombre._” (“A blue flower, because he is a man”). My favorite part of her arrangement is the paper with a printed pattern that reads “Say it with flowers.”

Eva, a native of Puebla who crossed “El Cerro” twenty years ago and has never gone back. Her daughter, who is named after the Anahi flower, was born in the United States sixteen years ago. On Sundays, Anahi sells flowers together with her mother, who is still undocumented. When I asked Anahi what she thought about Donald Trump, she said, “_Nada!_” (“Nothing!”).

While making the arrangement, Eva mentioned how the rich do not understand the poor. “_El está en su torre, y no tiene que mirar para abajo!_” (“He is in his tower, and he doesn’t need to look down!”)

Eva combined two arrangements she had already made, which included goldenrod, margaritas, mums, daisies, limonium, and roses. She said, “_Mientras más grande mejor, para que sepa nuestras intenciones_” (“The bigger, the better, so he knows our intentions are big”).

Maria, a native of Puebla, declared that she no longer remembers how long she has lived here. She then said, “_Más de veinte años. Una vida_” (“More than twenty years. A lifetime”). Her four children were born in the United States. While I interviewed her, two of them were selling flowers with her while doing some schoolwork.

Maria feels she has little to say about Trump, because the majority voted for him. I then explained to her the difference between the electoral vote and the popular vote, to which she sighed and said, “_Igual, no creo que mi voto hubiera contado._” (“Still, I don’t think my vote would have counted”).

As she was putting the final touches on her arrangement, she told me, “You know, we are all the same. We all go to the bathroom like everyone else. The only difference is that he is white and rich. If he dies, he will become dust, just like me and these flowers.”

Viviana, a native of Puebla who has lived in the United States for twenty-one years. I asked her to make an arrangement for Donald Trump, and she exclaimed, “_Para que? Para su tumba! Claro._” (“For what? For his grave! Of course.”) She asked me how I arrived here. I said by plane, to which she replied, “_Que lindo_” (“How beautiful”). Viviana crossed the border by foot to be reunited with family members here.

_Born and raised in the Dominican Republic, Lizania Cruz is a New York-based designer working in education, arts and advocacy. She currently works at General Assembly as an art director. She is also collaborating with the Center of Urban Pedagogy and Vocal NYC on their Making Policy Public project._