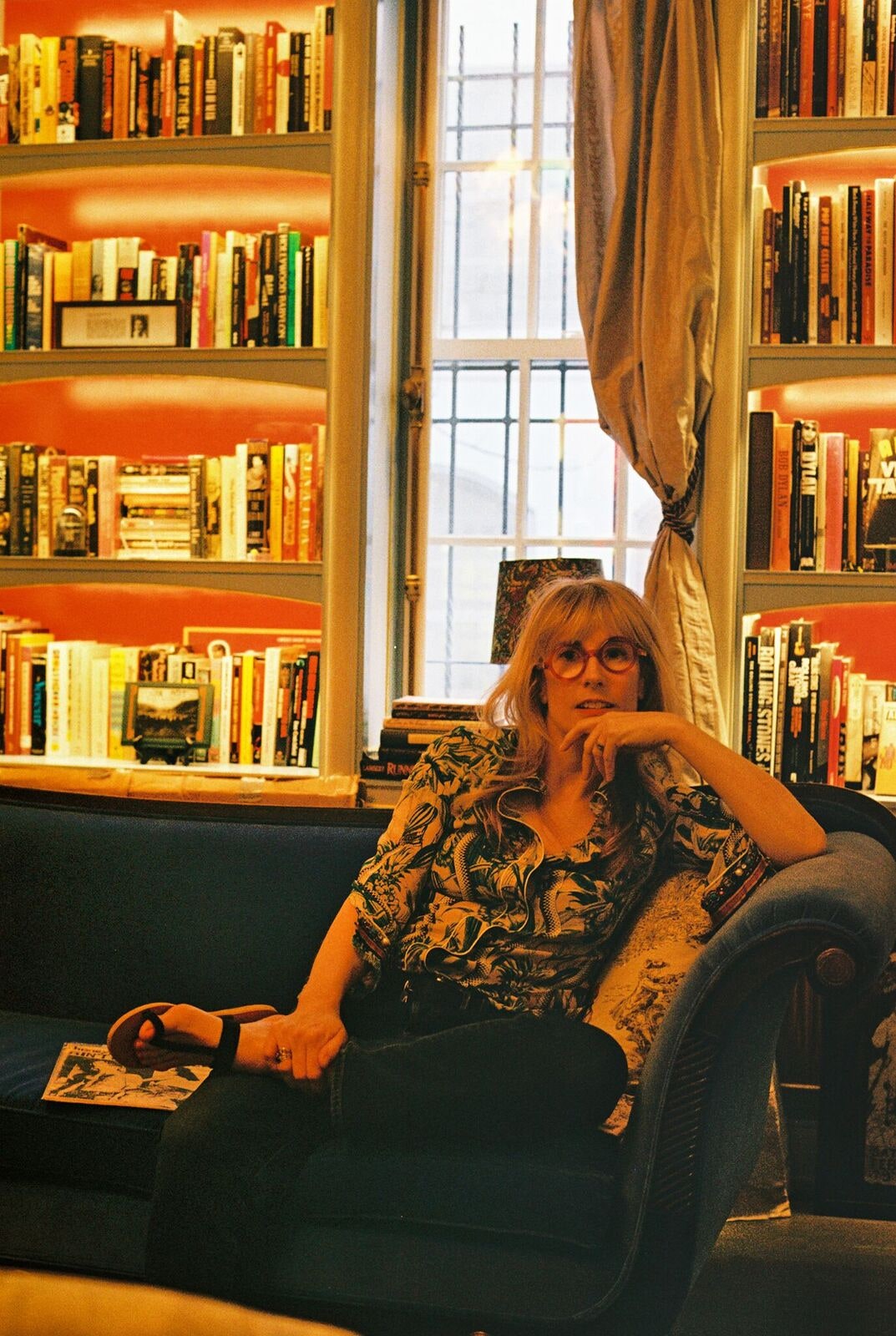 _Please Kill Me_ is the punk-history Bible, and poet Gillian McCain is the woman behind it. McCain coauthored the influential book, which was published in 1996, with music critic Legs McNeil. The first time I read the oral history compilation, which includes testimony from Iggy Pop, the Ramones, Jim Carroll, and many more, I felt like I was actually a part of the original punk scene. Gillian and Legs met through a coffeehouse reading series called (7) and their shared interest in the souls of punk pioneers became the basis for their friendship.

While Gillian and Legs worked on the book fifty-fifty, Gillian was often erased from its media narrative. Sure, Legs was older and had been a staple in the punk scene (he is a renowned music critic and one of the people responsible for giving “punk” its name). But despite the genre’s anti-establishment roots, punk has a (8). While Legs was seen as a celebrity and almost a hero, Gillian often fell into the background.

As the (1) of _Please Kill Me_ approaches, we spoke with Gillian about her enduring friendship with Legs, how she became part of the punk scene, and the punk-icon story that intrigued her the most.

**Ilana Kaplan:** How did you and Legs meet?

**Gillian McCain:** We met through the late poet Maggie Estep. I had just started working at the Poetry Project at St. Mark’s Church. She was like, “Do you want to go watch a movie with Legs?” I had known his writing from _Spin_. We became fast friends.

**IK:** How did you first become interested in punk?

**GM:** I grew up in New Brunswick, Canada, right across the border from Maine in a really rural place. I had four older brothers and sisters who went away to college in Europe and all over. They’d come back and bring punk records. I went from listening to the Kinks to Led Zeppelin. They brought back the Velvet Underground’s _Live at_ (2), and I remember thinking, _Why did they have such a cool club in Kansas City?_ I didn’t listen to Patti Smith until college. I thought she was a hippie because of the _Easter_ cover.

**IK:** Recently Joseph Corré, the son of Sex Pistols’ manager and punk impresario Malcolm McLaren, wanted (3) for the 40th anniversary of the Sex Pistols’ first album, saying that punk was lame now in comparison to what it used to be. Do you think that the punk scene now has become lame and tame?

**GM:** No, I think it’s a publicity stunt for himself. It’s just rude. If he had any respect for his parents, he’d give it to a museum or a college. That sounds so bourgeois, but it’s history, how can you burn that stuff? It’s just kind of pathetic.

**IK:** Totally agree. What can we expect in the twentieth-anniversary edition of _Please Kill Me_?

**GM:** There are three new chapters. After _Please Kill Me_ came out, Legs interviewed Johnny Ramone, so there’s a lot of Johnny Ramone. One of the most interesting new interviews is James Williamson from The Stooges. A few years ago, we heard that James was mad he wasn’t in the book. I reached out to him, but James was like, “I’m too busy, I’m too busy.” Then my husband, Jim Marshall, (4), and James contacted him saying, “I’d like to give you the opportunity to interview me.” I was like, “That’s so cool.”

They did it on Skype, and the first thing James said was, “I don’t know why I should bother doing this for this piece-of-shit book,” which I thought was hilarious. They did a great interview. It’s really made the book fuller. Then the three of us went on a wine-tasting tour. It was so fun. James became a Silicon Valley guy — he went from the Stooges to Silicon Valley!

**IK:** That wine tour was super-punk. Did you ever feel like Legs McNeil’s presence overshadowed yours? Like it discounted the work you put into the book?

**GM:** Well, I wasn’t a speaking voice in the book, but Legs was. My name was sliced out all the time — just “Legs McNeil,” though some conscientious journalists would put my name in their stories. Legs felt bad about it, but it wasn’t his fault. I think it was semi-sexist, but I think it was about fame. People knew his name and they didn’t know mine.

I felt really discouraged sometimes. We’d go to a reading, and only Legs’s name would be on the billboard. Then I just got used to it and started laughing about it. Early on, Legs and I were being interviewed for Canadian TV, and the interviewer kept stepping on me. She was putting her back to me. Legs kept pulling me out and being like, “This is Gillian,” and she was like, “Who are you? I’ve never heard of you.” I said, “Well, there’s a six-foot-tall cover rendition of the book behind you with my name on it. You should do your homework. It’s right behind you.” And she said, “Well, I’ve never heard of you.”

One time, it was Joey Ramone’s birthday party, and Legs said, “Has everyone come up to you and told you they loved the book and asked you for your autograph?” I was like, “No.” He was like, “Girls have asked me to autograph their breasts.” I was like, “You’re having a different experience than I am.”

**IK:** With the reissue of _Please Kill Me,_ do you think you’re going to get the credit you deserve?

**GM:** Well, and I put out this young-adult book, (5) and my name was first, so ever since then some people are printing my name first with _Please Kill Me_. So that’s helped a lot.

**IK:** Out of all the oral histories in this book, which story was most interesting to you?

**GM:** It’s the answer you’d expect: Iggy Pop. He was such a good interview. He was so articulate and concise. He’s funny and intelligent. Every time he’s in the book, the page just brightens.

**GM:** Oh, we have a nude portrait on the back of the _Please Kill Me_ hardcover. We put a sticker on him that says “Made in the USA.” Those classes he was posing for looked really fun.

_Ilana Kaplan is a freelance writer and editor living in Brooklyn. She loves anything that involves music and cats._