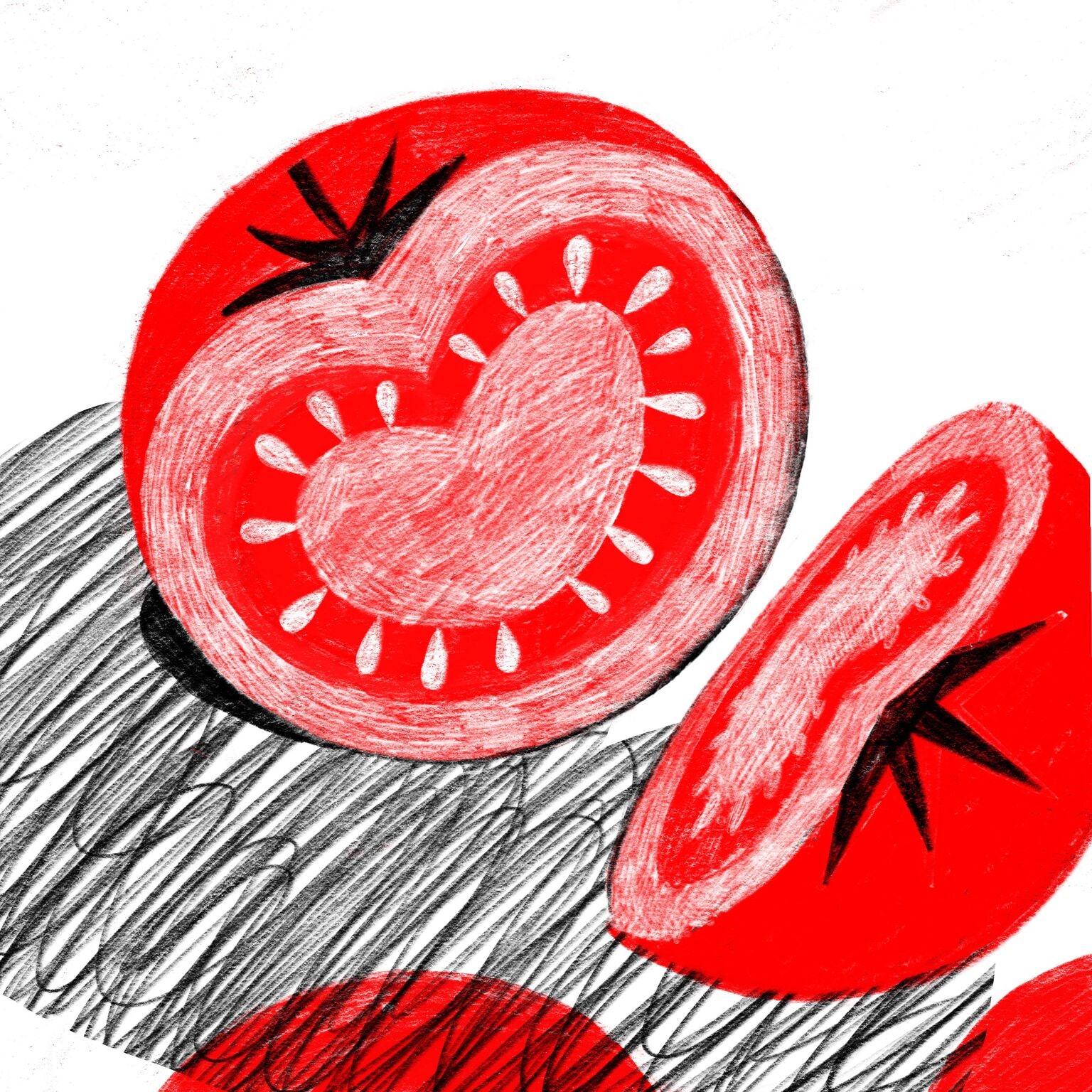 The day after I dropped a red rose on my brother’s casket, I sat down in a West Village restaurant to review a meal. This wasn’t fair to me or the restaurant, but after a week of nonstop tears and shots of whiskey, work and my bank account still somehow existed and needed tending. My job is writing down my thoughts on food and cocktails, so there I was reluctantly ordering a glass of Pinot Noir, some escargots made of mushrooms, and a rubbery vegan steak. A hard, dry éclair served for dessert seemed like a cruel joke by God himself, clearly bent on denying me even the slightest pleasure.

I was still in the auto-pilot mode of performed grief, where there are rituals to attend to and the neighbors bring over an endless supply of pizza and bagels (I’m from Long Island; these are our sacraments). It’s the mode in which I wore a low-cut shirt to the church rectory to pick out funeral readings because I’d slid back into being a petulant thirteen-year-old who hates going to Catholic school. My old ways of acting out were my only comfort. Back in the city, I had to be an adult again. There were no church ladies to scandalize. This bad éclair wasn’t going to write about itself.

A week before the “steak”-frites, I had spent the morning writing a review of a Washington Heights cocktail bar where I’d passed a perfect few hours on my last night having a living brother. Everyone’s energy was in sync, and the bartender lit elaborate concoctions on fire for girls who usually ordered vodka-sodas.

I checked Facebook after I was done with my draft and saw an old yoga teacher had been to a “very sad funeral” but was now eating at an Indian restaurant. She wrote:

“The message at the funeral service today was eat food

You won’t be eating when you are dead.

Ok so we shall eat.”

I kept going back to this. Lately I’d worried that my work was frivolous, but here was the truth: food celebrates life, so I celebrate life. After I’d read this at least five times between answering emails and updating my to-do list, the phone rang. My dad was calling to tell me that my 26-year-old brother had died of an overdose.

> Here was the truth: food celebrates life, so I celebrate life.

The ground and my mind disappeared. It would take weeks for me to start making memories that didn’t have the fog of drunkenness over them; I have to reference the published review to recall that I hated that éclair. My first good day was spent in Flushing, Queens, eating cabbage-stuffed dumplings off a Styrofoam plate in the basement at Golden Shopping Mall, dipping them in a haphazard slurry of soy sauce and chili oil. “Eat food. It celebrates life” finally felt a little bit true again. As winter sank in, I began cooking more. Time alone in the kitchen without distractions would bring out tears, but I kept going back. One day I went in with the idea of making tomato soup and ended up with something far better — silky and rich, spiced with cumin, turmeric, garlic, chipotle, chili oil … This simple soup was a celebration on a Tuesday afternoon, a tangible reminder that I’m still living though a piece of me is gone.

Food gave me joy and work before; now it’s what’s supporting my very spine, keeping me upright. In the hell of grief, life often feels meaningless, but the learning, the creating I do — whether in the kitchen or at someone else’s table — are what make the days feel worthwhile. “You won’t be eating when you are dead,” I remind myself, so for now, I cook.

Melt the coconut oil in a medium-size pot over medium heat. Add the onions and a generous sprinkle of sea salt. Keep stirring them with a wooden spoon (you don’t want them to brown). Once the onion is translucent, add the garlic and miso, stirring vigorously until the miso is distributed throughout the onions and garlic. Add the crushed tomatoes, coconut milk, chipotle, nutritional yeast, curry powder, and another generous sprinkle of sea salt (add crushed red pepper, if you like). Stir to combine and bring to a boil. Reduce heat slightly to let the soup simmer for about 15 minutes, stirring occasionally to make sure nothing sticks to the bottom of the pot.

Turn off the heat and let the soup cool down. Mindfully (because it might still be hot) blend with an immersion blender or standing blender. Return to medium heat to bring it back up to your desired temperature. Drizzle bowls of the soup with chili or olive oil, sprinkle with pepper, and serve with an equally comforting sandwich or salad (or just a nice hunk of bread or helping of croutons).

*Alicia Kennedy is a writer from Long Island. She is an editor with* Edible Brooklyn, *a contributor to* The Village Voice, *and a freelancer for other publications. Her website is la-pirata.com.*