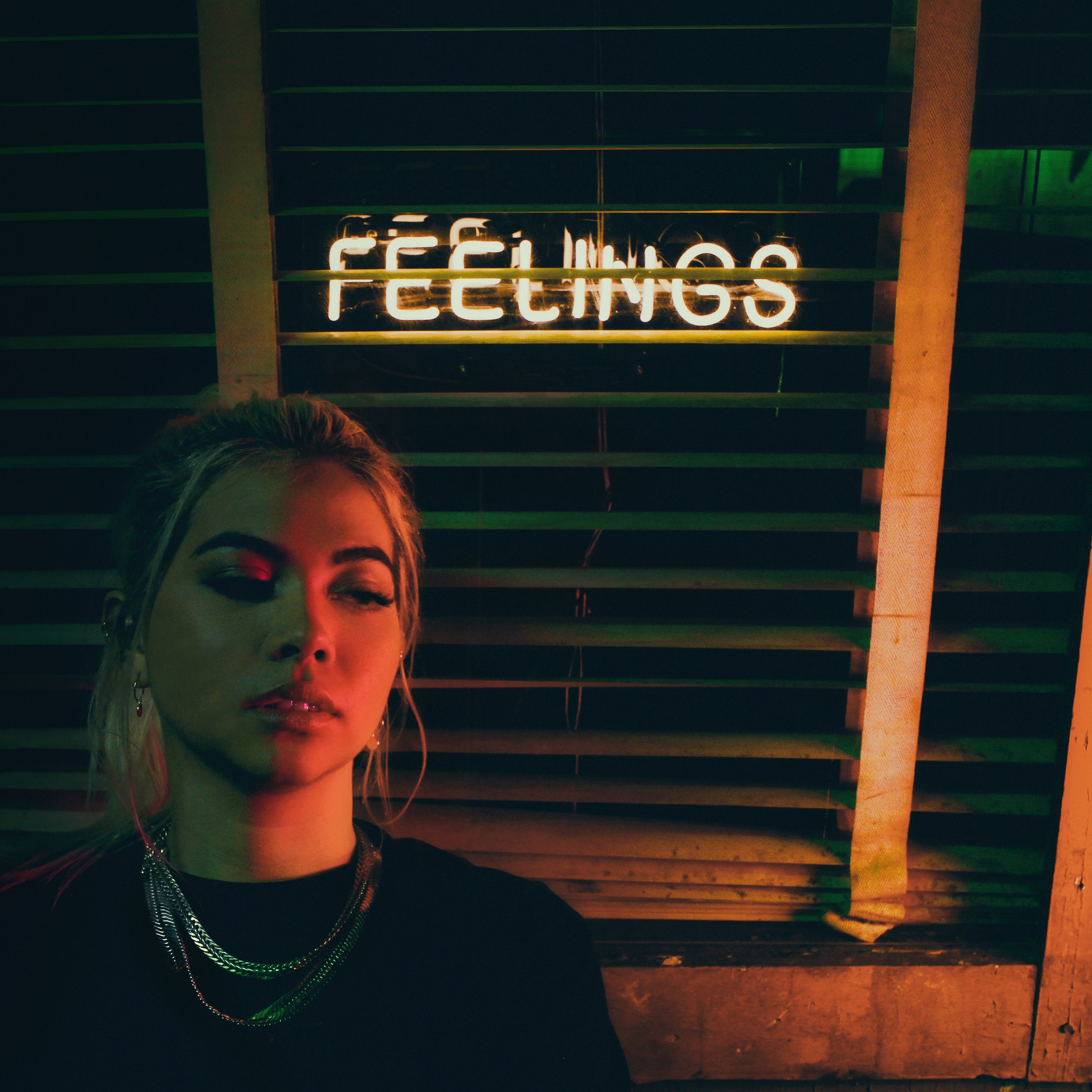 It might have just been a coincidence that Hayley Kiyoko’s first full-length album, *Expectations*, was released on Good Friday, but for her fans, the long-awaited debut must have felt a bit like a holy day. Kiyoko, after all, is commonly referred to as “Lesbian Jesus.”

“I don’t even know what that means,” says the 26-year-old musician, laughing, when I ask her about her unofficial nickname. She was multitasking: making waffles, preparing for another busy day, and doing a phone interview with me. It’s a skill she’s getting better and better at with a forthcoming national tour, a spot on the Coachella lineup, and her single “Curious” steadily climbing the charts.

There has never been a pop star quite like Kiyoko before. The Japanese-American former Disney Channel star directs all of her music videos and still dabbles in acting, but it’s her forthrightness about being gay (she tells me she prefers that word to “lesbian” or “queer”) that won her a fan base of devoted “Kiyokians” long before her first album dropped.

Often, when gay people make it big in the music industry, it tends to be by downplaying their sexual orientation, addressing songs to “you” rather than using a revealingly gendered pronoun. (It was big news when openly bisexual singer Halsey first sang “She doesn’t kiss me on the mouth anymore” on “Strangers.”) When I was in high school, I remember playing Sleater-Kinney’s breakup ballad “One More Hour” over and over, trying to wrap my mind around the fact that it was a love song from a woman to a woman. *Are you even allowed to do that?*, I thought. Katy Perry’s “I Kissed a Girl” came out when I was in college and a very active girl-kisser, and I hated it. I wondered if there would ever be a song that popular about real queer women’s sexuality, not just a straight girl playing an “experimental game.”

Early in her music career, Kiyoko wondered the same thing. “I didn’t want to lead with my sexuality,” she says. “My art is my most important thing. I just wanted to tell these stories and sing my songs.” But when she released the song “Girls Like Girls” on her 2015 EP *This Side of Paradise*, followed by the music video that doubled as her directorial debut, the response from LGBTQ viewers was overwhelmingly positive. The video quickly went viral, eventually amassing over 87 million views. Kiyoko realized she had an opportunity to use her music to normalize and advocate for LGBTQ people. “Some of these negative things won’t ever change if I don’t take them on.”

Kiyoko foregrounds her attraction to women in her songs and videos in the same way many straight male pop stars do. The cover of *Expectations* features Kiyoko gazing at a naked woman who lounges in the background. It’s unabashedly sexy, but the focus isn’t on the naked woman’s curves, it’s on Kiyoko’s face, poignantly proclaiming both desire and hesitation. *Expectations* delivers substance and sex appeal, packed with vibrant, synth-y pop hooks, sultry melodies, and yearning lyrics. When Kiyoko sings “I’m just curious, is it serious?” about a former lover’s new relationship, the feigned nonchalance reveals more depths of emotion than a hundred heartbroken torch songs.

The queerness of Kiyoko’s music isn’t like the performative bicuriosity of “I Kissed a Girl” or Demi Lovato’s “Cool for the Summer.” The songs on *Expectations* aren’t meant to titillate but to explore queer relationships in all their often-painful complexity. “Curious” and “He’ll Never Love You” both sketch a love triangle where Kiyoko competes with a man for a woman’s affections, and “Sleepover” conjures the all-too-familiar experience of being crazy about a friend who doesn’t reciprocate. Yet Kiyoko tells me she’s not trying to speak for the whole community. “I selfishly write about my life,” she says. “I tend to get myself into difficult triangles, and that’s why you hear a lot of those songs about those situations.”

Her music videos, too, are more than just an opportunity to watch Hayley Kiyoko dance up on beautiful women, though there’s plenty of that. As the director, Kiyoko lavishes thoughtful attention on her female love interests from behind the camera as well as in front of it, focusing on her costars’ emotional arcs as much as on their beauty. She romanticizes women without objectifying them. “It’s not sexy; it’s emotional,” she says. “And even if it is sexy, it’s still emotional.”

The common thread in all her songs and videos is that they’re grounded in the truth of her own experience, and she believes that authenticity keeps the sexuality in her work from coming across as gratuitous. “I care about these people; I care about my feelings. I can’t take that out.”

Though she’s been a household name in the world of girls who like girls since 2015, Kiyoko feels that her music career is just beginning. It’s fitting that her first album is titled *Expectations*, both because her longtime fans have high hopes for Kiyoko’s burgeoning stardom and what it could mean for LGBT people in music and because her own standards for herself are so exacting. Kiyoko says the idea of expectations is “my biggest strength and my biggest weakness, and it rules my world.” She credits her high expectations to helping her accomplish so much at such a young age but also acknowledges that they sometimes lead to disappointment.

Can the fan-appointed messiah of gay pop music set the bar so high that even she can’t clear it? Her fans don’t seem to think so. Early last Friday morning, Kiyokians were already tweeting things (1) “Been streaming (2) new album for hours now and I haven’t stopped crying so proud of my queen you did it bb.” So far, everything Hayley Kiyoko has done has exceeded expectations.

*Lindsay King-Miller is the author of* Ask A Queer Chick: A Guide to Sex, Love, and Life for Girls who Dig Girls *(Penguin, 2016). She has written for* Glamour *magazine, Rewire News,* Bitch *magazine, and numerous other publications. She lives in Denver with her partner and their daughter.*