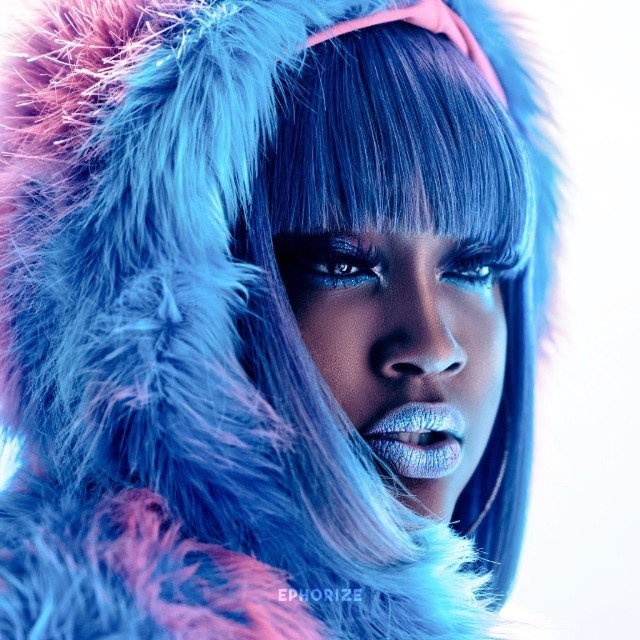 cupcakKe was only nineteen when she dropped *Audacious*, her third full record and first studio rap album, the same age I was the first time I got dragged drunk to a stranger’s bedroom, trying to figure out how violent it had to be to count as rape. The second time was clearer. Drug-sick, I stumbled into the street when he went to the bathroom and thanked the high heavens that I knew enough Chinese to hail a cab. The horror didn’t hit me until later. At the time, I was more angry than anything about being roofied. I felt like a tiger that had to be tranquilized before it was safe to touch.

As much as sexual assault is an individual experience, it’s also a fluid one — it changes you, and changes with you, too. I talk about it now because it’s nothing to hide, but I brush it off when I do because others made it out in much worse shape, or not at all. It’s the ancestral guilt in me: I’m alive, so I can’t complain. But the wounds are wounds, and I won’t call them blessings. They’re just wounds. They’re open, and they’re there. The only thing that helps is art. Mine, and other survivors’.

Born Elizabeth Eden Harris, cupcakKe began her career in 2012, when she started releasing self-recorded mixtapes on the internet. I came upon her work during my routine of stalking music publications. In 2016, when *Audacious* was released, Stereogum published an article called “O (5)” that caught my attention (“Right now, in rap, there’s not a single person who can rap about fucking with the sort of euphoric abandon that cupcakKe seems to have naturally”). Her videos had been going viral on YouTube, with her most popular being “ (6),” a living-room-recorded romp featuring deep-throated cucumbers and a candy-store lollipop, and “ (1)” where she raps in a dress with breast cutouts and drinks from a dog bowl. Though the overt sexual imagery was partly responsible for her songs’ popularity, fans connected more with the lyrics themselves, the blinding one-liners that are the hallmark of the best-crafted rap, the verse turns so smart and funny only a woman could have written them.

The first time I heard “ (2)” from her album *S.T.D (Shelters to Deltas)*, featuring the iconic line, “Give me dead presidents and I give you a good show / So I’m not Marilyn Monroe, I’m Marilyn Monhoe,” I was dumbstruck. Not because sex-positive lyrics are anything new in the rap world — see Missy Elliott, who made critics rave before cupcakKe started making a name for herself, and Khia, whose classic “My Neck, My Back” cupcakKe cites as inspiration — but it was the way she did it: these songs about cum shots and taking dicks up the ass were fucking *joyful*. On “ (3),” she raps, “To make my thighs shake like Jell-O, I need a dick longer than a egg roll / Show you a different 69 that no one knows / Like I’m sucking your toes while you eat my butthole.” This wasn’t a woman rapping about sex like she had to prove herself in front of men or, worse, try to sound like them. Nope. cupcakKe was doing it because sex was — and could actually be — good, innocent fun.

And this was a woman who’d been through it all too, though she doesn’t talk about her personal life often and lets her music speak for itself: sexual assault, abuse, bad relationships, selfish lovers, all these experiences that are so commonplace to us as women that we almost expect them. After my experiences, I was most shocked by how similar they felt to consensual sex — empty and distant and painful. Sex, for me, was ruined, but I also knew that didn’t have to be the case. Stripped of all its superimposed meanings, sex at its core is a ridiculous, fun, playful act. Was it possible, I wondered, that I could learn to think this way, too? Could I learn to have sex without pretending I wasn’t there?

I didn’t go to therapy, but I did download every single one of cupcakKe’s albums.

As self-defined as cupcakKe is, she still defies definition. A talented lyricist trained in the drill tradition of her Chicago hometown — you can practically see the spit flying off of “Wisdom Teeth” — cupcakKe’s varietals are vast. On the exuberant pop-bounce of “Cumshot” (“I understand you get aroused when my cookies slip / I wear my Kylie Jenner lipstick on my pussy lips”), and the standout tracks on her latest album Ephorize (the reggaeton-boned “Crayons” and Latin-tinged “Fullest”) and the sobering, spoken-word delivery of the “ (4)” a four-part song, cupcakKe shows she is an experimentalist whose range seems to be limitless. There’s “Pedophile,” a song about being the victim of sexual assault at the hands of an older man; “Birth Mark,” a heart-wrenching track about a woman lacking the means to support a child and having to have an unwanted abortion; and “Picking Cotton,” on racial discrimination and police brutality. If there’s a message to distill it all down to, it’s that the really good and the really bad can exist together.

So much of my time has been spent trying to square the traumatic with the romantic, how intertwined they are, for me and so many others. The physical fact of my body inhabiting space the same way, but differently. The psychic disconnect between willingly giving my body and having it taken from me, and how they often feel the same. How much of feeling like that is a choice.

It’s been ten years since that first time, and I’m finally learning to stop lying to myself. Something hurt me, but instead of burying it deeper, I can try to heal. If I want to teach my son how to manage his feelings, I have to start managing mine too. And I know I’m getting better, because I can listen to words like *Murder my pussy without the gun shot* and actually smile — laugh — instead of breaking out in a cold sweat. I can be naked with someone and not think about dying. I’m learning it’s not about salvation or redemption but about learning to care for myself for the long road. To inhabit the world gently, with the knowledge that I am good. I’m getting a feel for balance, and I am lucky enough to have a little guidance from cupcakKe: “Understand that what you put in is what you get out / Respect only comes from what you allow.” If her music teaches me anything, it’s that it’s OK to let all parts of you exist at once. Joy is not only possible, it’s accessible. You can be wounded and happy too. Get to work on the larger issues, but in the meantime, *pull his dick out the hole of a bagel.*

*Mila Jaroniec is the editor of drDOCTOR. She earned her MFA in Fiction from the New School, and her work has appeared in* Playboy, *Hobart, PANK, Catapult,* Nylon, and Teen Vogue*, among others.* Plastic Vodka Bottle Sleepover (Split Lip Press, 2016) *is her first novel.*