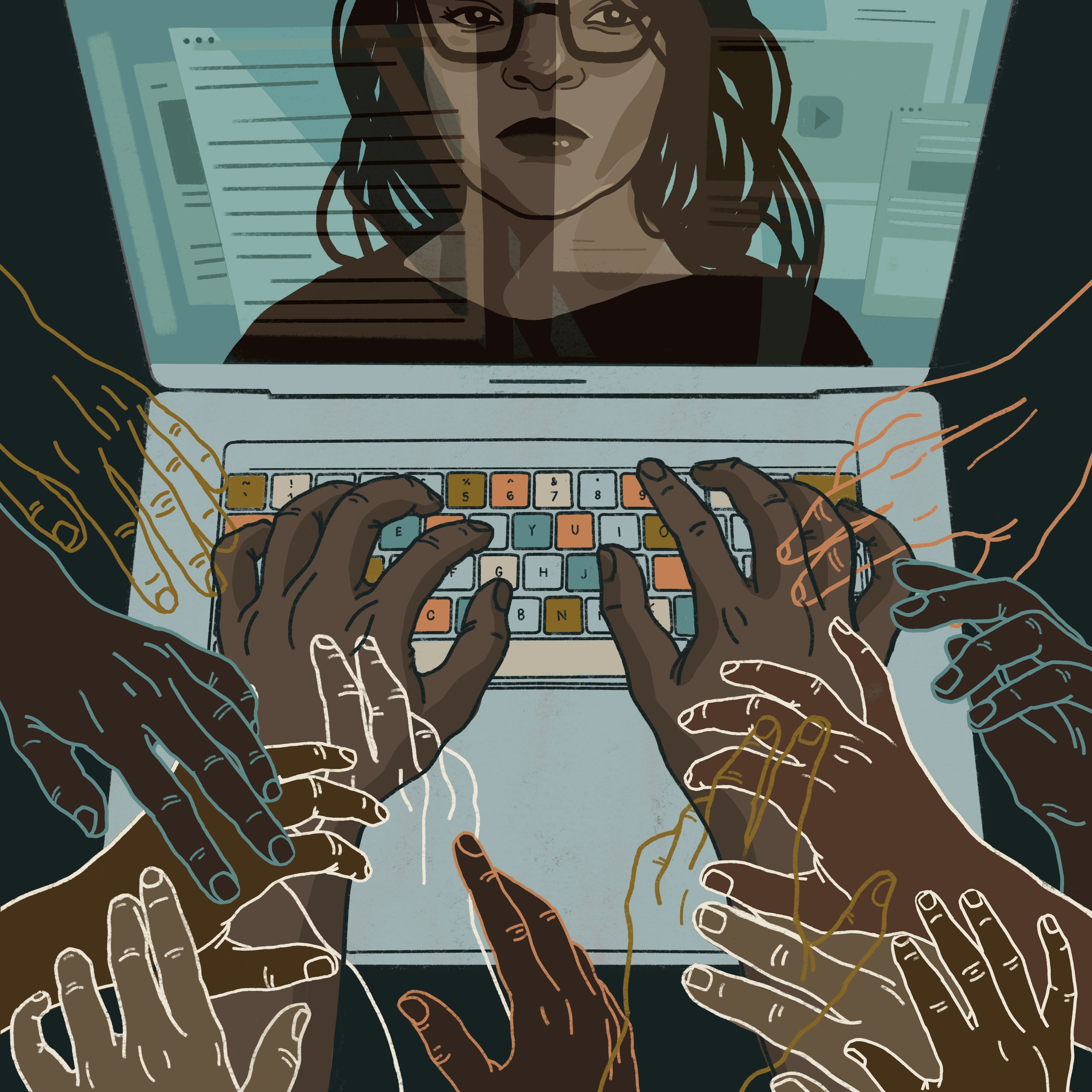 Anger and a keyboard jump-started my writing career. My voice surfaced the moment I logged on to Twitter and saw the corpse of Michael Brown lying in a Ferguson, Missouri, street for hours. The horrific image circulated on my feed for days, and even though I had been a Twitter user for over two years, this was the first time I felt compelled to comment on current events in real time. I assumed that public lynchings were a thing of the past, something my ancestors had fought to end. Not knowing where else to turn, I voiced the pain I felt as a black person in the many threads spreading across Twitter.

All of a sudden, there seemed to be an explosion of young black writers online, and I was in the midst of it all. I felt legitimate and powerful when my tweets were retweeted within a matter of seconds. And soon, my outspoken posts paid off: I began receiving emails from white editors commissioning stories about black suffering and trauma. They needed me. No longer could they depend on their white colleagues to talk about lived experiences that did not apply to them. Racial tensions had reached feverish heights, and I capitalized on this moment — one I believed to be ephemeral — as a career opportunity.

I started what would become a very strict and exhaustive work cycle: Every Sunday, I would write up five story ideas on police brutality and the associative trauma, and then pitch them out Monday morning. Most weeks, I was turning around one or two pieces, and after a short while, more and more editors would come to me when another police officer shot and killed a black person. I often wondered if the body was even cold yet when I received another assignment in my inbox.

But it didn’t matter. I accepted every task that came my way. My outrage was immediately channeled into words. There was no mental processing if it was not geared toward work.

From my own quaint bedroom, I could make my voice heard to hundreds of people. And when a verified Twitter user retweeted me, my words reached thousands. I could receive dozens of new followers in under two hours. I was formidable. My words were my own form of resistance, and I realized that my anger could be a form of currency: more bylines, money, contacts, influence. All of this was mine.

But when the assignments were done, when the direct deposit hit my account, I had to deal with the fact that my internal machine — both my mind and spirit — was beginning to char, inflamed by my inability to stop and process the events before channeling them into work. I felt elevated whenever I was published, but I could never shake the feeling that death loomed over my head every time I wrote. I feared that I was only valuable when I was producing. My anger and disillusionment worked beautifully on the page, and friends and followers praised me for my vulnerability, but no one knew that my work and the brutality surrounding it was peeling away at me from all sides.

> I realized that my anger could be a form of currency: more bylines,
> money, contacts, influence. All of this was mine.

Over time, my physical body staged its own resistance: When I sat down to type, my hands began to tremble. Pressing the keys proved to be a challenge. I would take deep breaths and discover that my whole body was unsteady. If I closed my eyes, I did not see darkness but streaks of light, each one emitting a different color along the spectrum of my fury. There was no “off” button — not when I finished writing a piece, not when I logged off Twitter, not when I shut down my computer.

My anger even transformed into disturbing dreams. I would see the ghostly figures of slain black people hovering over me, or find myself running from something unknown, my face tear-streaked. My own body would disintegrate in these dreams: teeth and hair falling out, nails breaking off, skin shedding. I would wake up with my heart racing, ears ringing, throat dry and sore. Other nights, I would lie awake, my eyes ricocheting around the room, disoriented. Sometimes I would count down from twenty or try labored breathing to calm myself. Most times, I would turn on the television so that the sounds would distract me enough to fall back asleep.

Whatever softness I once had in my personality felt stripped away, like bare electrical wire.

I started attending low-cost therapy sessions. For the first couple of weeks, I talked about the usual things: my dating woes, my inability to express what I really wanted, my relationship with my father. But after a few months, we dug deeper. Once we did, my tears cracked through the surface. It was there, in that narrow room in a hospital in New York City’s Union Square, that I admitted the feeling that had been eating away at my foundation: “If I stopped writing, I’m not sure if anyone would care about me,” I told the doctoral student. “If I don’t keep producing, will I lose my value?” The confession carried many different threads: capitalism versus human value, workaholism, the fear of anonymity. I had been playing into the expectation that, as a black woman, I needed to be “strong” and work like a mule until I had nothing else to give, not even to myself.

When I stepped out of the hospital, I felt drunk. My posture was lax and my gait was uneven. I placed sunglasses over my face and took the train home, where I collapsed on my bed. I don’t remember what I dreamed that day, but I know it wasn’t a nightmare. When I woke up, my body felt lighter.

My therapist taught me that before I spoke to an audience of thousands or millions, my first audience should be myself. Even though writing was my livelihood, I would not be able to enjoy the recognition I received if I downplayed my toxic emotions. I needed to assess myself in the context of who I was *with* writing and not only *through* it. Not everything needed to be about violence and suffering.

I started keeping a journal, closing my eyes and meditating on the train, praying with consistency. I realized that not every racist event in the news should command my attention. I have the authority to say “no” to an assignment if my heart is not in it, if I’m too tired, or if I simply don’t want to. This mentality did not come easily: Whenever I said “no,” whenever I turned off the news, I would repeat to myself, “You are not a bad person. You are not a mule. Choose the subjects to which you will devote your energy because you cannot do it all. You will not be able to continue doing what you love if you are not healthy.”

This mantra has helped me write with more balance and control. I still channel my anger through work, but that anger remains on the page — it does not manipulate my inner life. I know when to take a step back so that I can keep living and do the work that I need to do. If I feel my blood pressure rising when a piece of news breaks on Twitter, I give myself five or ten minutes before logging off so I don’t get riled up.

I remember the insomnia I experienced when I didn’t have the strength to turn away, the frightening dreams I had when I didn’t allow myself the space to breathe and reflect, and the disillusionment I felt about my worth as a black woman in America. Technology is a hyperbolic space; content, especially when it relates to the news, moves so quickly. And I have an obligation to myself to slow down so that, when the time comes, I have the stamina to propel my voice forward.