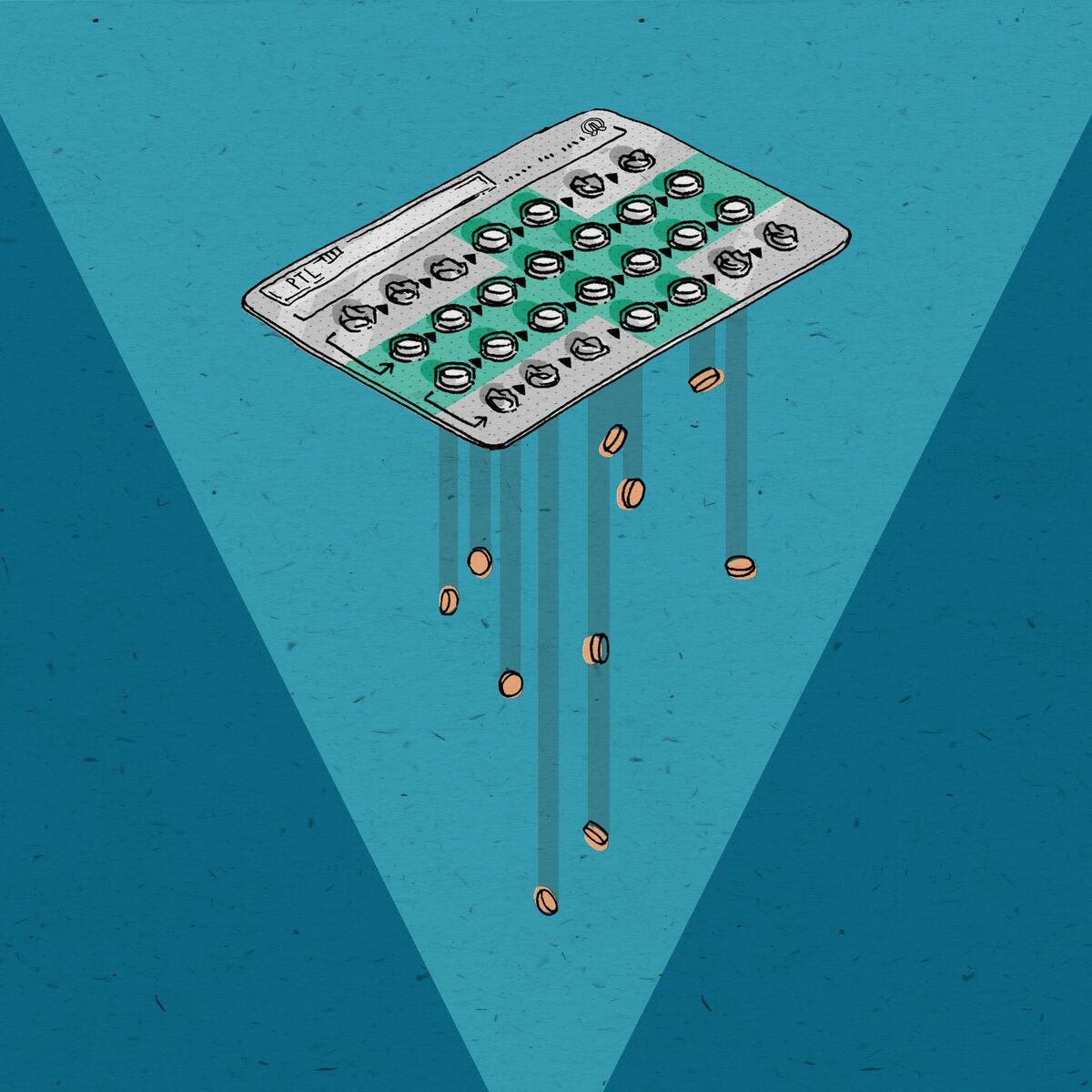 “I had a case in rural upstate New York in which my client was a Republican police officer,” Diana Adams tells me. She’s a lawyer who specializes in family law. “It was a child-custody case. was living with his girlfriend before he and his wife had finalized their divorce, which had been delayed for years because neither of them could afford to pay the filing fee. They had been separated for years, but the very first thing that the judge said to me was that sodomy and extramarital sex were crimes in New York State and crimes in the Bible, and I should read the Bible to my client, and I might need to read it myself. Immediately I tried to get the case removed from that judge, the only other judge in the county was his brother, and the only court-appointed child attorney, who interviews the child and says what’s best for them, was his best friend of 50 years. They had the case dismissed, so I couldn’t bring it up on appeal. So basically this dad was losing custody because he was living with his girlfriend before his divorce had come through, and they thought that just wasn’t Christian.”

Because too many people seem confused on the matter, it pays to say this plainly: We are not supposed to be living in a theocracy. The Constitution is clear on that matter. Only 20 percent of the country goes to church on a regular basis. But you wouldn’t know it by looking at the federal government, where 92 percent of U.S. House and Senate members identify as Christian. Our president openly campaigned on (5). Our vice president’s entire political career has been bankrolled in part by a family, the Princes, who are working toward (6). Our secretary of Education is literally a member of that family and has said she wants (1) to “advance God’s kingdom.” Adams’s client was far from an anomaly: we’re all being screwed over by our government in the name of Jesus.

Politicians weren’t always so subservient to right-wing-Christian agendas. For most of the twentieth century, the evangelical church considered politics too earthy and mundane to sully themselves with. That was until 1976, when the IRS revoked the tax-exempt status of Bob Jones University, citing the Christian school’s policy against interracial dating.

With the backing of evangelical leaders, the school refused to rescind its racist rule and instead filed a suit to retain its tax-exempt status. Even before the case reached the Supreme Court (where the university lost), the suit galvanized religious leaders, who saw the IRS ruling, and the Civil Rights Act from which it drew its authority, as “government interference” in their segregated white fiefdoms. They wanted to put politicians and bureaucrats on notice.

But they knew that organizing ordinary rank-and-file evangelicals to explicitly defend racism would be a harder sell. So they cast about for other issues to organize around and decided, for reasons we can only guess at, to go after abortion and the sexual freedoms it represents.

It took a while to take hold. Evangelicals were unaccustomed to thinking of themselves as political actors, and they didn’t much care about abortion, either. (That was Catholics. In fact, the _Baptist Press_ praised _Roe_ v. _Wade_ when the court handed it down, saying, “Religious liberty, human equality and justice are advanced by the Supreme Court abortion decision.”) But the leadership persisted, and as evangelicals began to stir, Republican politicians paid attention. A deal was struck: Evangelicals would help elect Republicans, and Republicans would become the party that opposed abortion and sexual freedom in general, while of course defending the Church’s right to be as racist as they want to be. The Religious Right was born.

Today the movement is fully grown and their tentacles are everywhere. Their latest obsession is using something called the Religious Freedom Restoration Act (RFRA) to legalize discrimination against anyone who doesn’t meet their rigid, retro gender standards for sex and love. RFRA was a fairly innocuous piece of legislation, passed in 1993 in a bipartisan effort to shore up the “Free Exercise” clause in the First Amendment (“Congress shall make no law respecting an establishment of religion, or _prohibiting the free exercise thereof_ …”), after a much-criticized Supreme Court ruling allowed a private employer to discriminate against two Native Americans who used peyote as part of their religious rituals. RFRA was drafted as a rebuke to that ruling. Over the years, it’s been used appropriately in a few cases, including ones involving Orthodox Jewish prisoners wanting kosher meals and churches that would be otherwise barred by state or local ordinance from feeding the homeless.

> A deal was struck: Evangelicals would help elect Republicans, and Republicans would become the party that opposed abortion and sexual freedom.

With those few exceptions, RFRA was mostly dormant until 2012. Enter Hobby Lobby, a chain of craft-supply stores owned by an evangelical-Christian family who objected to the Affordable Care Act’s provision mandating that employers include contraception coverage in their health-care plans. Hobby Lobby filed suit against the mandate, claiming it violated the owners’ religious freedom, as protected by RFRA, to have to pay for five kinds of contraception that they believed, science be damned, to be a form of abortion. (Hobby Lobby conveniently ignored the fact that its own, pre-ACA health-insurance plans already covered two of those five kinds of birth control; none of those devout Hobby Lobby owners seemed troubled about it until Obama came on the scene.)

Hobby Lobby pursued its case all the way to the Supreme Court, where it paved the way for a monumental shift in the use of RFRA. Writing for the majority, Justice Alito’s opinion was constructed to free the Court from adhering to previously settled case law, most specifically a precedent case in which the court ruled against an Amish employer that refused to pay Social Security taxes for religious reasons on the grounds that “granting an exemption from social security taxes to an employer operates to impose the employer’s religious faith on the employees.”

Far from defending religious “freedom,” that religious imposition is exactly what the Supreme Court endorsed in its _Hobby Lobby_ ruling. And (2), mostly in the form of state-level RFRA laws designed to permit “Christians” to discriminate against LGBT people in every conceivable way.

In 2015, Arkansas made it illegal for cities to pass nondiscrimination ordinances that protect LGBT people on the grounds that requiring people to not act like homophobic bigots infringes on their religious freedom. In Michigan, it’s perfectly legal for a private adoption or foster-care agency to refuse to place a child in a home that runs afoul of that agency’s religious beliefs, whether the agency is against gay marriage, unmarried couples, or single parenthood, or even just find that the wife in a heterosexual couple is insufficiently submissive to her husband. Mississippi’s “Protecting Freedom Of Conscience From Government Discrimination Act” is so broad that it protects therapists from having to treat clients who may be too queer or too slutty for their tastes, protects any business that refuses to provide wedding-related services to gay couples, permits state and local employees to refuse to process any paperwork or do anything at all related to gay marriage, permits businesses and schools to institute “sex-specific standards or policies concerning … dress or grooming, or concerning access to restrooms, spas, baths, showers, dressing rooms, locker rooms, or other intimate facilities or settings,” and much, much more.

And those are just some of the laws that have passed. Despite the fact that most Americans (3), in the two years post– _Hobby Lobby,_ state legislatures considered nearly 200 bills to expand religious “freedom.” Most failed, but the ones that have become law are daily making many citizens less free, by forcing us to choose between ongoing legal discrimination and adhering to a faith to which we do not subscribe.

Every time lawmakers champion these kinds of efforts, they claim the moral high ground. Roy Moore claimed he was taking a moral stand when he ordered Alabama judges to refuse to issue same-sex marriage licenses in defiance of the Supreme Court, but he seems to have had no such moral concerns about preying on teenage girls. At the “Values Voter Summit” last month, Trump proclaimed that his administration is “stopping cold attacks on Judeo-Christian values,” though there’s nothing Jewish, or even Christ-like, about denying millions of women access to birth control or refusing to condemn countries that put their gay citizens to death. Nor, of course, is a thrice-married serial adulterer and accused sexual predator a very good standard-bearer for the values Christian conservatives claim to hold.

But then, as their history shows, the Religious Right takeover of our government has never really been about piety. It’s always been about power. And the best way to take it back is to exercise ours at the ballot box.

_Adapted from_ Unscrewed: Women, Sex, Power, and How to Stop Letting the System Screw Us All, _by Jaclyn Friedman. Copyright © 2017. Available from Seal Press, an imprint of Perseus Books, LLC, a subsidiary of Hachette Book Group, Inc. All rights reserved._

_Jaclyn Friedman is an author, activist and the host of the podcast Unscrewed. Visit her at (4)._