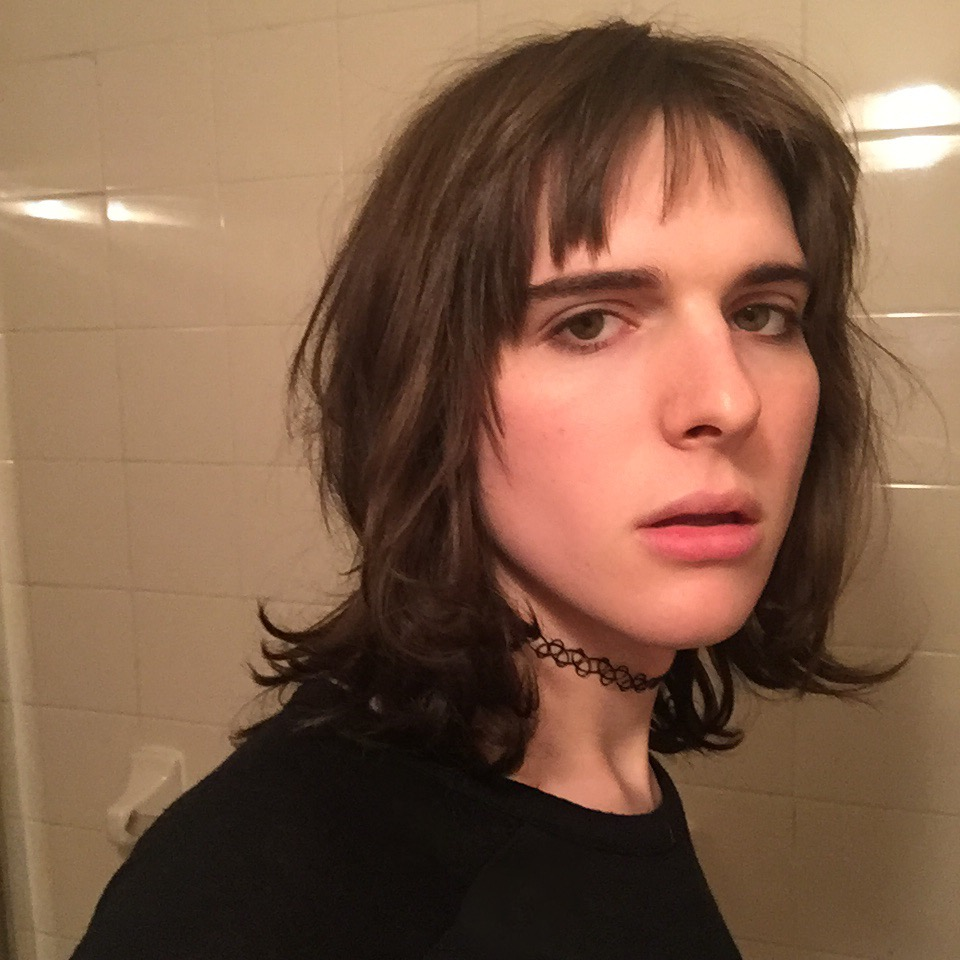 ​Ivan Bart, the president of IMG models, exhaled and paused. I assumed he knew the answer to every question he asked me — it’s possible he did — but this time he paused, smiled, and cocked his head to the side.

“You know, Hari,” — Ivan’s voice sounded like my father’s Philadelphia and my mother’s Boston — “IMG has met with transgender models in the past, but it seemed to us that they did not want to be transgender models. They wanted to be models — _model_-models — and weren’t too keen on going up for jobs that brought attention to their gender identity. How do you feel about—”

“Give me all those jobs.”

I laughed when I said it, and my eyes sparkled like I was telling a dirty secret. I couldn’t remember when I’d stopped willing to be trans and started wanting to be trans. If there were a difference, I’d forgotten it; words shot out of me. IMG was powerful (Gisele, Gigi, Kate), which scared, excited, and prompted me to speak.

“And you will,” he said. “You’ve got a good look for fashion.” He paused, then chose: “Very Saint Laurent.”

“Meet @harinef, the 22-year-old model and actress who also happens to be the first transgender woman signed to @imgmodels.”

My mother frowned at me from the other side of the couch. Light poured into the living room and caught her hair, coiffed like Peggy Bundy’s. Good news ignited my mother but never blinded her. There’s no word for the sound she makes — it could be a squeal, but it’s deeper, embodied. It’s a sound only a woman can make, and she shared it with me. I might have been crying, but maybe I didn’t start crying until I got to Los Angeles. She rejoiced, then frowned.

“IMG and _Transparent_ … fashion and television … that’s big. That’s … big … and you know I’m proud of you, but I’m having Mummy Instinct. How do I say this? I’m just trying to figure out the best way to say this. I’m just trying to figure out the best way to — OK. So there are going to be a lot of people looking at you. They will say hurtful things they’ll think you’ll never read, and you’ll read them — I know you, you’ll read them. You need a thick skin. You’re sensitive. Usually people get more time, but this is happening now. They’ll say you’re ugly, disgusting — when you read it, it will feel true. They’ll say that you wouldn’t be acting and modeling on this level if you weren’t trans, which actually might be true — let me finish. This is hard for me, because I can’t protect you … OK, how about this? Take advantage. Trans is trendy right n— please let me finish, Hari! It is, you know it is, it is what it is … but it’s an opportunity for you. The bottom line is that you want to work. Own it. If this is what people want from you, give it to them.”

Laverne Cox turned around. I’d called her name, but calling a name didn’t mean much on the Emmys red carpet. Even so, she turned around (I couldn’t believe it), so I waddled over to hug and double-kiss her, and I asked her whom she was wearing.

She smiled. I don’t remember what she said next, only that I loved her and wanted to tell her everything. She made me shy, and I thought about her every day.

A Netflix PR agent led her toward Giuliana Rancic in the E! News booth.

“What did I tell you?” Adam did his dance: arms up, limp wrists, pop the hips. I love Adam; “best friend” flies out of my mouth when introducing him to people. “You’ve been, like, saying you’re an _actress_/model forever … and now look, bitch! I can’t even!” He blushed, giggled, and made a lap around the roof.

Adam cuts through. Anxiety, depression, sleep deprivation, gender dysphoria, hangovers, impostor syndrome, or a pre-shoot fast can spoil me for days if three or four flare up at the same time. Adam is a good listener but a master of cheer.

I shoved a Parliament in my mouth, lit it, and pulled it so I could say, “Yeah, maybe you’re right.” The L.A. bags were packed, the _Transparent_ contracts signed.

Tumblr feels subterranean, so I stay. I seem raw on other social media, but I only seem. Twitter gets #funny, Instagram gets #pretty, and Tumblr gets topless pics, vulgar memes, and stoned 4 a.m. text posts written in the tag bar so only followers can read them. As my followers crept toward 30,000, I could see only 30 when I posted. I reported to them wide-eyed, or smug; I took space without consequences, until I couldn’t.

> As my followers crept toward 30,000, I could see only 30 when I posted. I reported to them wide-eyed, or smug; I took space without consequences, until I couldn’t.​

I search my name on Tumblr more than I Google myself, and I Google myself every day. Critics gather in the blue grid — of my politics, privilege unchecked. They got me for messy Caitlyn discourse (“Don’t *let* her affect you if you don’t want to be affected by her!”), a defense of Rihanna’s last Met Gala dress (“It was so big that it transcended cultural appropriation”), some jab to a hater about how much money I was making. The critiques were good, and they were coming from trans women, so they hurt. Tumblr user @ethergaunts made some of the best, so I messaged her, and she responded:

__ethergaunts (11/13/2015)__: For the record, I don’t really give a shit what cis people have to say about you … It’s mostly just the things I’ve discussed with my friends, a good many of whom are black trans women and trans women of color. I know that with the added hypervisibility that fame and glamour brings to the table for any of the girls comes the hyperfocus on our politics to make sure we are squeaky clean in every possible regard. It’s a fucked up level of pressure to put on someone because cis people, especially cis men, aren’t held to these kinds of standards at all. Mostly bc cis men who have any level of fame or notoriety tend to be shitheads on multiple fronts … You’re exploring relatively new territory bc the concept of trans women being both out about their transness while being even marginally famous is basically unheard of before the past few years, and I take that into consideration. You’re also young, younger than me, and you should be able to fuck up and make mistakes just as readily as anyone else your age with the same repercussions visited upon your head that is visited upon theirs, and vice versa …​

But we both know that ain’t happening anytime soon. And the fact that you aren’t black or brown while trans, and aren’t strapped for cash and struggling to find money for your next meal, or the next bill in the mail, or the next month’s worth of mones, or gas to and from work, or any of the other multitude of issues that a good number of the black and brown trans women on here are facing, and also still making mistakes that contribute to their struggle, indirectly as it may seem, or belittle them and remind them of their place as an oppressed individual within our society, or be contrarian to their more nuanced and developed understanding of the interplay of race, class, gender, sexuality, etc., is leaving these girls feeling something way beyond pressed … Rightfully so, truthfully. And there isn’t really all that much you can do about that except learn from your mistakes and aim not to make them again.​

The journalist interviewed me over late lunch in an empty Chelsea pub; I inhaled an arugula salad. She’d been following me all day, and I hadn’t eaten much.

She said something like, “How does it feel, as a trans woman, to have seen this incredible moment take root for your community?”

I replied with something like, “What do you mean?” because I didn’t know.

“Well, it seems like visibility and understanding for trans people was — even just representation — was scarce only two or three years ago,” said the journalist. “So I’m wondering how you feel — you know, to have seen this … and to play a relatively prominent role in it … it seems like things have changed so fast for you.”

“How does it feel?” I replied, because I didn’t know.

“Are you surprised? Relieved? Are you proud? Are you shocked? You’ve stepped up to do your part, but did you expect this? How does it feel to have seen this take root, and how does that relate to your identity as a trans person?”

“What do you mean?” the journalist replied.

“I didn’t preexist this moment,” I said. “I think I might be a product of it.”

_Hari Nef is an actress, model, and writer living in New York City._