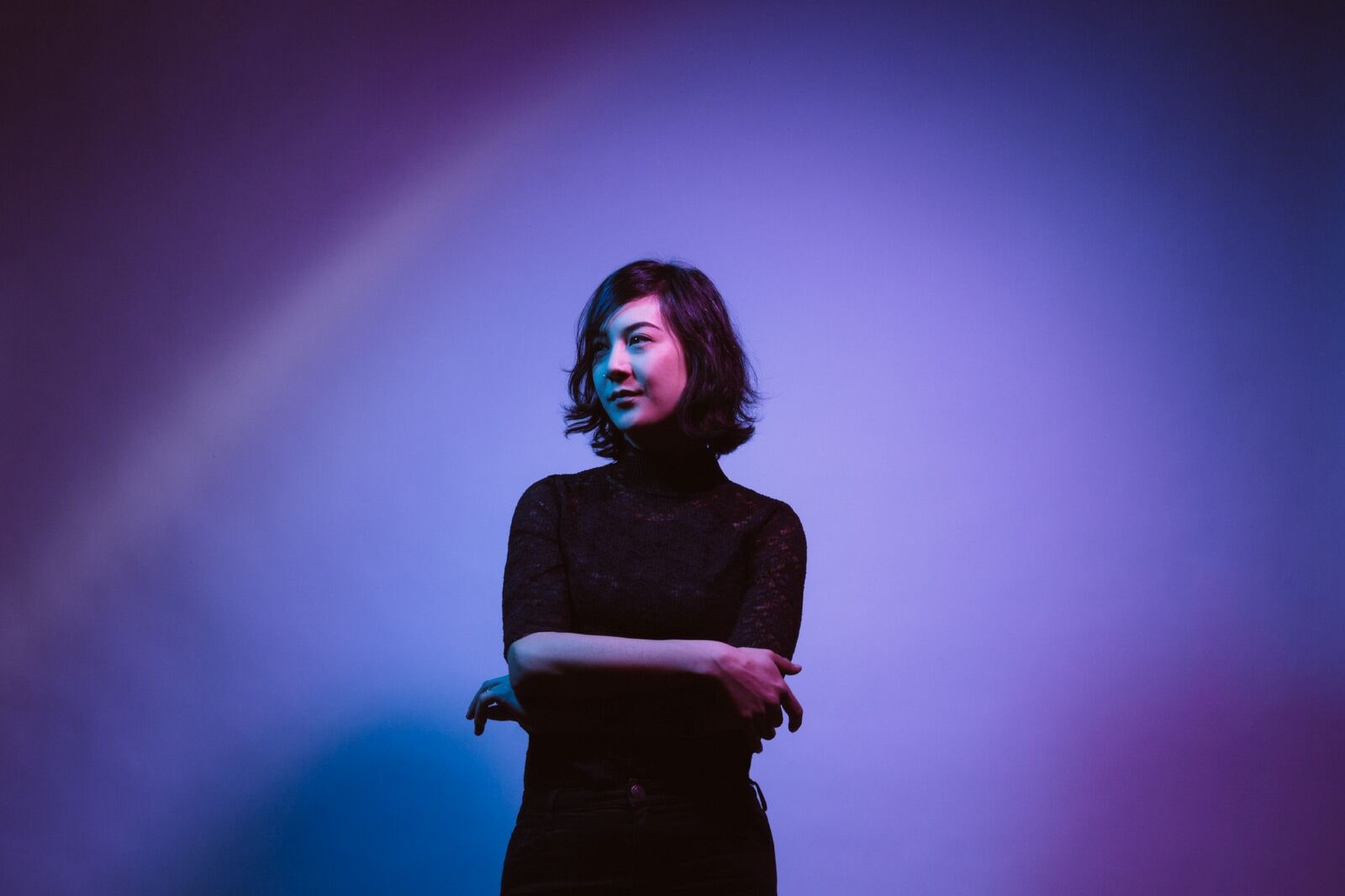 Google “japanese breakfast” and before ads for Japanese delis and recipes for the rice and fish that make up traditional breakfasts in Japan, you’ll find singer-songwriter Michelle Zauner’s contemplative, experimental indie band. If the name makes you curious, that’s exactly (2). It’s a name that has helped her stand out in a sea of white, male indie rockers, although her music stands out, too: Zauner creates heady pop, building layers out of the ether, blending guitar, autotune and synthesizers, with haunting lyrical melodies creating a layered atmosphere where a lesser artist would only have scratched the surface.

Zauner started her musical career with the band Little Big League, but she quit the group to return to Oregon to care for her ailing mother. In the wake of her mother’s death, she reportedly (3) to pursue a career path that she felt was closer to what her mom would have wanted. Instead, Zauner started making music on her own under the name Japanese Breakfast.

She released two albums in rapid succession (2016’s Psychopomp and 2017’s Soft Sounds From Another Planet), which quickly established her as the thinking person’s favorite indie rocker, capable of writing arresting songs with lyrics that could easily fill up the pages in a novel. Take for instance “Diving Woman,” off of Soft Sounds, where she tells the story of the haenyeo, the female divers who live on the South Korean island of Jeju, or “Machinist” a synth-driven song about a woman who falls in love with a robot. See? Definitely novel material.

I caught up with her in Philadelphia to chat about side hustles, the incredibly long tour she has embarked on, which starts this week and has her crisscrossing the country from now through October, and why she may want to be Sia when she grows up.

**Melissa Locker:** When you were in LA you spent time in a co-writing session, what that was like?

**Michelle Zauner:** It’s a really weird thing. It’s basically matchmaking with your publishing. You’re on a publisher, they get a percentage of your music, so they want you to make a lot of it with other people that they also represent. It’s kind of like going on a bunch of blind dates with other musicians. Sometimes it works really well and sometimes it’s awful.

**MZ:** I had never done it before, until this time. I did three sessions and they were all extremely different. There were two with two indie dudes and I did a pop co-writing session. That had one person who was engineering the whole thing, and then another person or I would come up with some chords and write a melody and lyrics really quickly. The one thing that was the same for all three was that I was writing the lyrics and the majority of the vocal melodies.

**ML:** Is co-writing just part of the working musician hustle?

**MZ:** I know some people who do it a lot. I know some people who never do it. I had never done it before and I’m still on the fence as to whether I enjoy it. I would like to do a more direct kind of co-writing. A lot of people do these things and the music never gets made. I think this was more like you write something and it goes into the ether, and hopefully some shitty 16-year old plays it.

**MZ:** No. You get paid only if someone buys it, you get a percentage if it gets made. It’s kind of a gamble. I was just really curious about that world, like maybe I’ll be Sia. I always thought that I wrote pop music, and it was only when I stepped into that world that I realized, oh you write indie music. I didn’t realize that. Even if I think my melodies are pop melodies, there are certain rules in pop that I don’t know or feel comfortable following or are interesting for me to follow. I haven’t decided if I like it or not. I learned a lot in L.A., though, like a lot of things that I don’t want in my personal music and it makes me think about music in a different way.

**MZ:** I want to have as much money as Sia has, but I don’t really want to do that for a living. I don’t think I’d be fulfilled. No offense to Sia, but I think a lot of pop music’s lyrical content is pretty crappy and I don’t know if I would be satisfied writing stuff like that. But I am really interested in the production elements and what it takes to make something like that. I love Rihanna, I love Carly Rae Jepsen, but you have to find your way of interacting with that world. It’s just a very different type of writing to write for yourself versus writing for other people, like you have to find a way to make things a little more universal. I’ve just always written really personal stuff and hoped people could relate to it.

**ML:** I feel like the music you write as Japanese Breakfast is pretty relatable.

**MZ:** I think there are elements of it that are. There are parts of my writing that just aren’t ever going to be on pop radio. Like I don’t think pop songs tend to have the word “thanatophobia” in them. (4)” does] A lot of pop songs don’t start with a six-minute shoegaze jammer! But there are exceptions to the rule, and that’s what’s exciting and makes me think I can find a way to operate in that world.

**ML:** One thing people don’t talk about that much is that as a rising musician, you need to come up with ways to make money, whether that’s co-writing or 27 side hustles.

**MZ:** That’s part of the reason that we tour so much is that’s how you make the majority of your money. When people saw (1) they were like, why are you doing this to yourself? This year is a little scary, because there’s just so much touring involved. And I haven’t learned how to say no yet. I just feel so privileged to be in a position to play music to make a living—and the stuff that comes my way, well, I want to do it all. Yes, I do want to do your indie game score! Yes I want to direct a music video! Yes I want to make a short film! Yes, I want to write an essay for The Talkhouse! Yes, I do want to go on a tour that never ends! I just feel so lucky.

**ML:** What are your tour survival tips?

**MZ:** I’m an only child so touring is really hard, because you have no privacy at all. The luxury of getting to shut a door is just robbed from you on tour. So, when someone is having a bad day, I’m trying to learn how not to take it so personally, to try and be compassionate. Having headphones and ear plugs and ways to tune out of the world helps a lot. I just got a Nintendo Switch. Hydration is important, although, I’m pretty bad at it. The number one thing, though, is finding a group of people you can along with for eternity. I mean, imagine going to bed with your co-workers! It’s really hard.

*Japanese Breakfast will be touring (1).*

*Melissa Locker is a writer and world-renowned fish telepathist.*