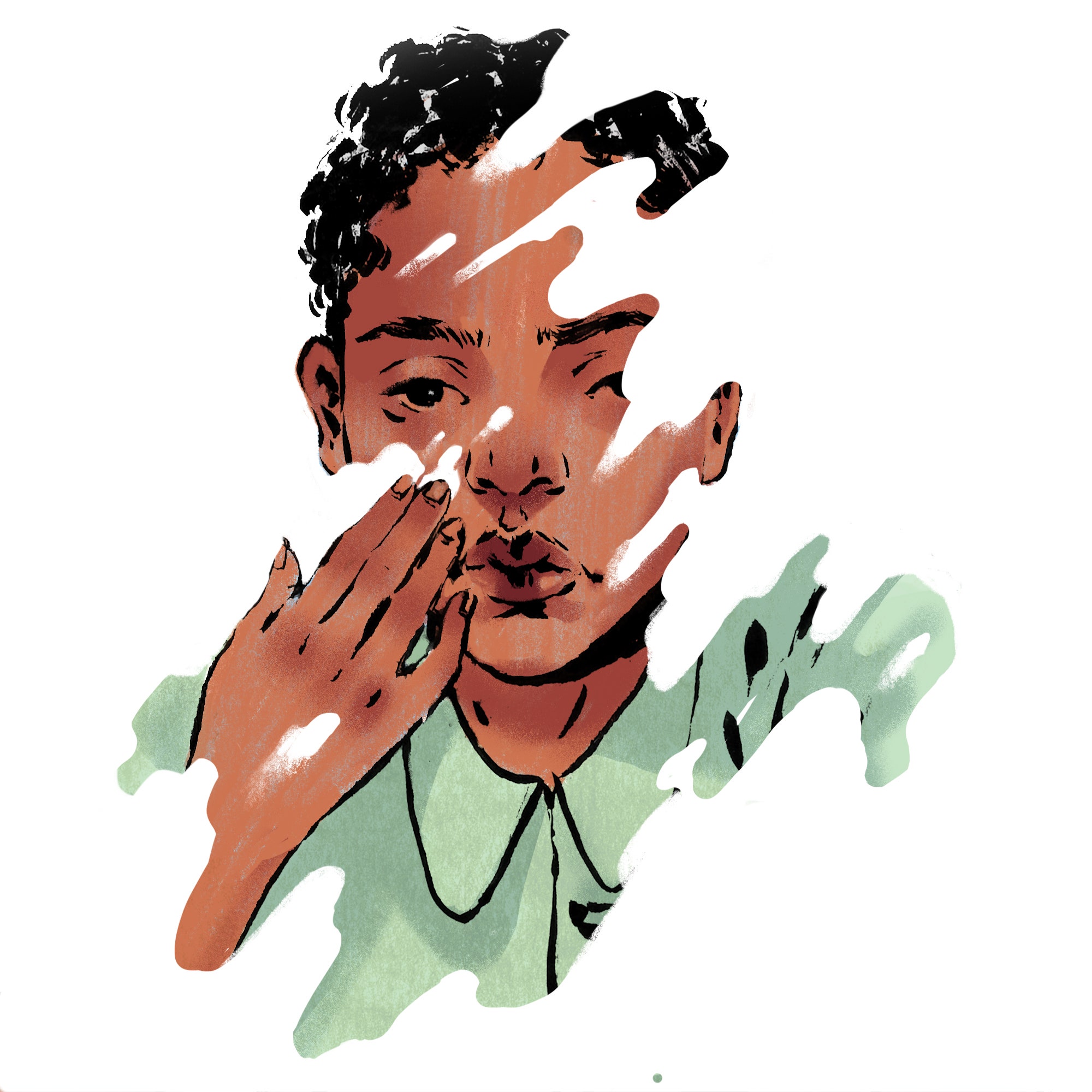 Jocelyn Bioh and her best friend used to have a joke between themselves: “If we went out with our lighter-skinned girlfriends, we’d say: *Well, at least we don’t have to worry about being hit on. We can just have fun!*” Sitting across from her, it’s hard to believe that Jocelyn could go anywhere without being hit on. She has one of the most beautiful smiles I’ve ever seen. She’s warm and incredibly funny. She’s smart. And she’s written a play that will break your heart, then mend it — on repeat.

*School Girls; or, the African Mean Girls Play* takes place at an exclusive boarding school in Ghana in the 1980s. It’s the story of five young women trying to make sense of the world as they know it: what it means to be popular, to belong, to be liked, and to be beautiful. In the play, like in much of the world, beauty is defined by a Western, white standard: the lighter the skin, the prettier the woman. It’s this falsehood that causes the complete undoing of the school’s reigning queen bee, Paulina Sarpong. Things spiral out of control for Paulina when her chances of getting into the Miss Universe pageant are upended by the arrival of a biracial girl named Ericka. “The world has already decided … You are better than me,” Paulina tells her rival.

Jocelyn, a successful actress (she was seen on Broadway in the Tony-winning production of *The Curious Incident of the Dog in the Night-Time* and, in 2017, she starred in two hit Off-Broadway shows: Branden Jacobs-Jenkins’s *Everybody* and Suzan-Lori Parks’s *In the Blood*), is making her professional playwriting debut with School Girls in New York. The show was named a New York *Times* Critics’ Pick and quickly extended its limited downtown run due to popular demand. Not bad for a first gig.

For the playwright, it’s also a play that’s close to home. Though Jocelyn has been writing plays for as long as she’s been acting, it seems fitting that her first professional production is about a subject that’s so personal.

“I always knew I was going to write something about colorism one day. Just because of my own insecurities and how I learned to come into my own self-worth and own my beauty,” Jocelyn tells me. The daughter of Ghanaian immigrants, she’s experienced firsthand what it means to be treated differently because of her dark complexion. In her early 20s, the actress and playwright often felt overlooked in the company of her lighter-skinned friends. “I did feel very inferior to a lot of my college friends,” she says. “We’d go out, and everybody would want to talk to them and not to me.”

The idea for *School Girls* was sparked by a controversy at the 2011 Miss Ghana pageant. The winner, Yayra Erica Nego, was an American-born and Minnesota-raised biracial woman. Officials claimed that her father was from the obscure Volta region of Ghana but never confirmed his name or whereabouts. In a world where white is beautiful, was it an attempt by the Miss Ghana Pageant officials to have a more viable and perhaps winning contestant in the Miss Universe pageant? When Jocelyn heard the story, she knew she had her next play. It was the perfect setting to explore how Western ideas of colorism had infiltrated West Africa.

The details of her research were sad and shocking. Jocelyn learned about the multibillion-dollar skin-whitening industry, which is still burgeoning today despite a ban on many of the products. In an attempt to measure up to white, empirical standards of beauty, a large number of Africans bleach their skin with harmful creams that cause severe irritation and blistering. In *School Girls*, Paulina uses lightening products to the point of hospitalization.

“Colonialism completely devastated and ravaged so many African nations, and it’s really sad how much of that influence has continued to infiltrate African society,” says Jocelyn. “The fact that so many women are made to feel that they need to look other than what they look like biologically in order to feel beautiful is a very sad state.”

“The judges are looking for a more universal and commercial look,” the pageant recruiter, herself a darker-skinned woman, explains in *School Girls*. “We are looking for girls that fall on the other end of the African skin spectrum.” When you hear the words, it’s almost absurd, yet it’s impossible to ignore the fact that a similar standard of beauty has also been imposed here in the United States.

Though the play takes place in Ghana, the story feels all too familiar. So many of us will recognize the kind of self-loathing these young women endure. Yet that’s not to say it isn’t a fun time at the theater; *School Girls* has the audience in hysterics within the first five minutes. And that’s on purpose. For Jocelyn, comedy is a way of inviting people in to relate to foreign characters and situations. Laughter lends any story universality, says the playwright. “When people feel like they’re having a good time, it releases them to connect and open their ears and hearts.”

Finding the comedy in dramatic situations has always come naturally to Jocelyn, but there are some jokes — like saying in jest that a lighter-skinned friend is more likely to get hit on — that she’s learned to stop making. “I had to start really letting go of those jokes. They were residual feelings of insecurity that I was hanging on to,” she says, “and I had to let them go.”

Unlike the young women in her play, Jocelyn has done a lot of work to embrace her own self-worth. “It’s more important to be a good person than a pretty person,” she says. “Beauty is subjective, but there’s nothing subjective about being kind and warm and funny and loving and intelligent.”

In the character of Paulina, we see how society’s idea of what she should be has changed her for the worse — it has made her ugly. Jocelyn hopes it’s a message that will reach audiences of all ages and races.

“I understood what I offered as a person, and I realized that what I offered was a lot more than whether some guy thought I was cute or not,” she says. “I knew that I was smart and funny. I knew I had a lot to offer as a human being — to art and to culture.”

*Olivia Clement is a playwright and writer living in New York.*