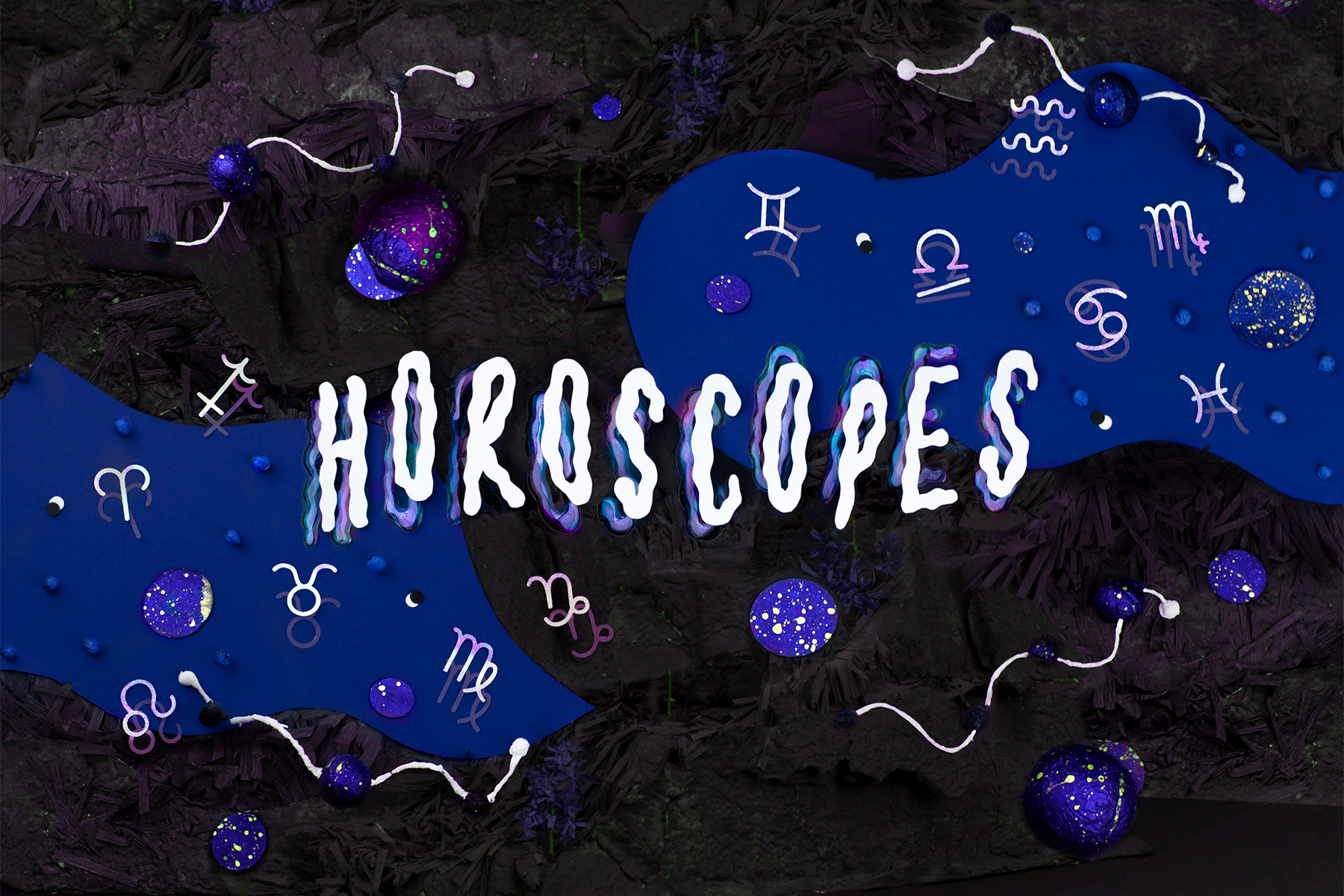 Turn off the lights. Lock the door. Light a candle. Burn the incense. When at home, really be at home. There is nowhere else you need to be right now. It doesn’t matter if people tell you life is elsewhere. There is nothing else you are supposed to be doing. There is nothing really to do at all.

Just try not to fall in any psychic holes this month. Like, it’s OK to have a worrisome thought every five minutes. It’s your Virgo nature, you’re alive, and there’s a lot beyond your control to obsess about. But this month, try to put a lid on the narrative of terror that follows those first creepy thoughts. If you find yourself thinking *It’s all ______* or *Everything is ______* or *It’s going to be like this forever,* say to yourself, “I know nothing.”

For some people (ahem, Sagittarius and Aries), every decision should be considered a big deal. This is because they don’t do enough hemming and hawing and sometimes make choices lightly that should be weighed with gravitas. For you, it’s totally the opposite. This month, practice throwing caution into the ocean. If no ocean is available, write the possible outcomes of a pressing decision on a piece of paper and flush it down the toilet. You’ll know what to do.

The world continues to astound you, dear Scorpio, with its hurtfulness, madness, and lack of self-reflection. Is it that you’re better than everyone else? As a Scorpio moon, I’d like to say yes, but I think it’s really that we just see differently than others. Remember that our curses are our blessings, even though that kind of sucks, and that for every experience in which your sensitivity causes you pain, there is another experience where it takes you to a dimension that most humans don’t get to feel.

Other people are more scared of freedom than you are. I know it’s hard to accept this, that another human being wouldn’t value the thing you probably consider the biggest gem on Earth, but it’s true: other people are different. If you want other people in your life, you’re going to have to learn to be patient with them. Annoyingly, that means you are going to feel imprisoned sometimes. For most people, it’s a universally bad thing to feel imprisoned. But for you, it’s a sensation, and to sit through it and see what happens on the other side is growth.

OK, so you definitely waste a lot of energy worrying about a future that is largely beyond your control. You imagine the worst — perhaps because it gives you more of a sense of control. It’s simultaneously terrifying and soothing to future-trip. Like, you may drive yourself nuts with bad scenarios, but at least you’re prepared. Sort of. Anyway, I’m not going to tell you to stop future-tripping. I just want you to notice yourself doing it. The next time you do, maybe ask yourself if there is anything more fun or exciting you could be thinking about.

If you aren’t willing to accept the fact that you’re human, it’s going to be a difficult rest of your life. The thing that’s so bonkers about your self-judgment is that the perfectionistic ideal you set up for yourself isn’t even a universal ideal. It’s some weird, convoluted image you’ve created based on idk, what? Adolescent trauma and some other shit, probably. In any event, feel free to continue trying to keep yourself inside a small box of what’s “OK.” But just remember who created that box.

Not to be judgmental, but why are you playing the martyr? What are you afraid you will lose if you don’t? Are you scared that if you set to work on healing your own shit, then the universe that has slighted you won’t step in to give you what you rightfully deserve? But what if it never does?

You don’t need anyone else this month, Aries. Don’t read any love horoscopes. Don’t wait for anyone to behave the way you want them to behave. Don’t try to convince anyone of anything. Let go of other people’s reactions entirely. There’s an army of people inside you. Like, seriously, there’s a posse. If this sounds woo-woo, fine. But if you find yourself alone this month, I want to remind you that you aren’t doing anything wrong.

So I know you’ve already done a lot of unfamiliar shit this year, but guess what? It’s time to do more. This might feel like punishment. Haven’t you stretched enough? Unfortunately, my dear Taurus, it seems like you’ve made massive changes in your life, only to do the same old things in a new place. Maybe it’s about micromovements? You don’t have to make massive, external changes that look like you are moving. What’s most important this month is that you commit to one small thing you are going to do differently right where you are.

Oh God, your situation is asking you to grow again. Seriously, who wants to grow more? Haven’t you learned enough lessons? Aren’t you an amazing person as it is? The truth is that life is grow or die, and as much as you grumble about adapting to change, you would be bored as shit if you weren’t continually challenged. I’m not saying that the universe doesn’t give us more than we can handle. But it’s better than it giving us nothing.