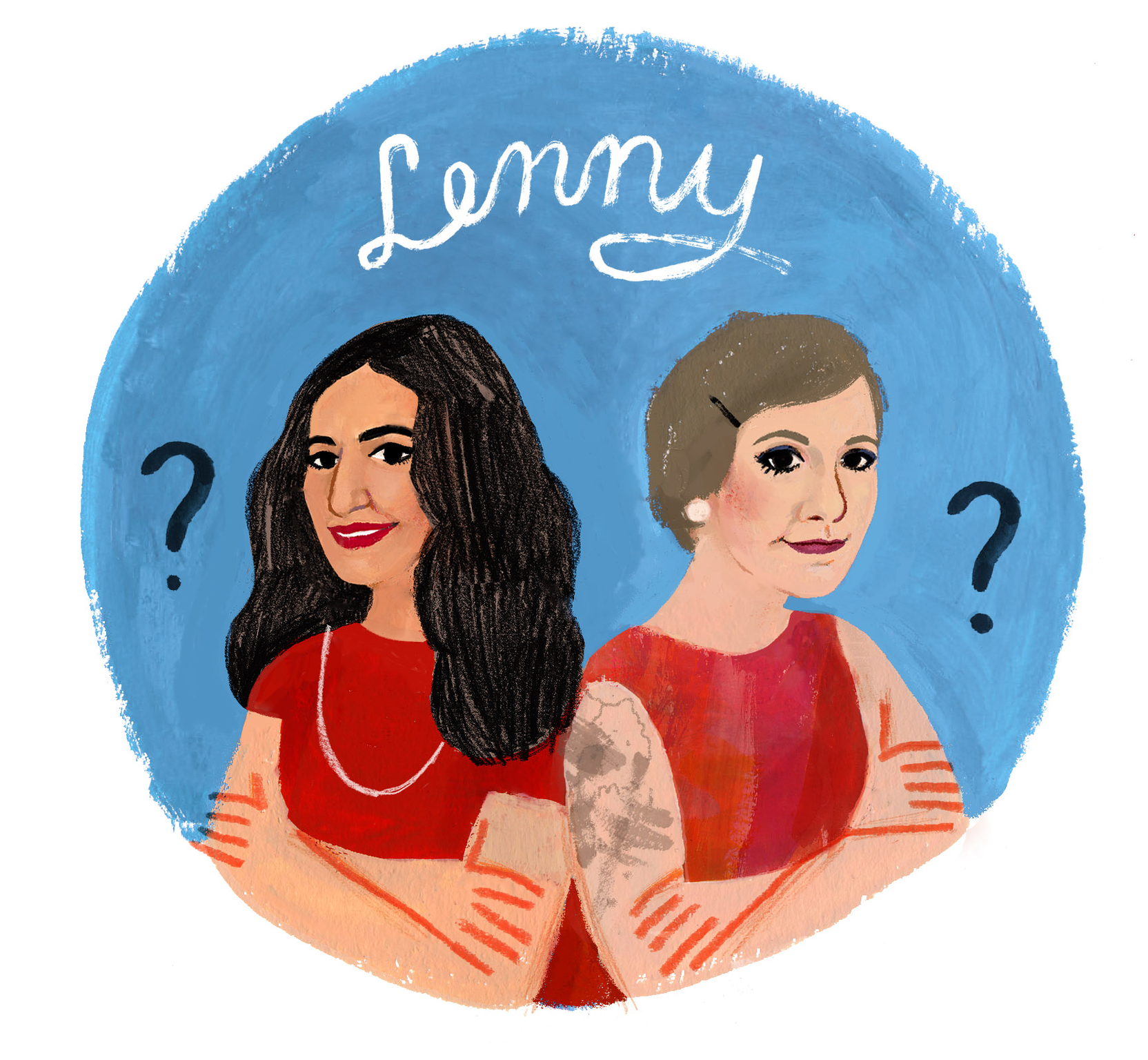 *Dear Lenny, I have had two best friends all my life. Let’s call them June and Claire. They were friends too, but only through me. We weren’t a trio. After a complicated series of events, Claire slept with June’s husband, which led to the dissolution of their marriage. Despite Claire’s wrongdoing, I’ve maintained my close friendship with her. June understands this and has never asked me to end my friendship with Claire.*

*It’s a little over one year later, and I’m getting married. I want them both to be in my wedding party, but June says she is still too hurt and angry with Claire to be in my wedding with her. June said she is even unsure if she can handle attending my wedding if Claire is there. What should I do? I love them both so much, and they have both been amazing best friends to me.*

Let me just start by saying I do NOT have a lot of faith in my ability to answer this question well. I am already predicting that I will disappoint Jenni and every other friend I have with my very poor handling of your (quite stressful) situation. I am a people pleaser who is almost always racked with nameless guilt. I would probably end up spending my own wedding reception running back and forth between two separate ballrooms I had rented just to keep June and Claire apart and happy. So, leading with that, here is what I think that I may think … I think …

You are very cool and mature not to have succumbed to the temptation to take sides in this whole June/Claire/nameless husband debacle. Human beings LOVE to make sweeping moral statements about impossible subjects like love and lust, and you are wise to avoid that. I’m also impressed that your pal June didn’t force you to pick a side. Go June! In fact, kudos to everyone in this trio for their modern and mature behavior.

But unless there is something I’m missing, like June’s being a psychotic she-devil who tried to murder her own husband and the only place he could safely hide was in Claire’s vagina, then I feel like June has been through a LOT this year and should be allowed to attend your wedding without seeing the former friend who helped to unravel her marriage. Perhaps it would behoove Claire to say, “Lemme sit this one out, because June has been pretty nice about this, and I don’t want to trigger a panic attack.” Of course, YOU want them both there. And I truly want you to have your wedding cake and eat it too. But unfortunately, that’s just not always possible, now is it? I mean, is it, you guys?!

Lena, you needn’t worry about your answer. This one is impossible. I told you we should’ve picked an easier one. I truly have no clean-cut solution. I do, however, have an instinct. And that instinct is that there’s something a little wrong with Claire. Obviously, I don’t know all the details, and truly, I don’t care much about the infidelity of it all. It’s something about her choice to sleep with your (her best friend’s) best friend’s husband. It’s really messy at best and hugely destructive at worst. While I applaud you for being able to maintain both friendships, I just can’t get past the feeling that Claire is a bad scene. If you really have to choose one, June, the magnanimous and loyal friend who gets to buy the new dress and get drunk and sleep with a stranger.

Or avoid the whole situation and use the wedding money for a down payment on a home or to pay off student loans, and start your marriage free of debt financially and in friendships.

*Jenni Konner has never worn a necklace like the one pictured above, but is open to it.*

*Having a friendship dilemma? If you want Lena and Jenni to weigh in on your problem, email (mailto:[email protected]) and put FRIENDSHIP in the subject.*