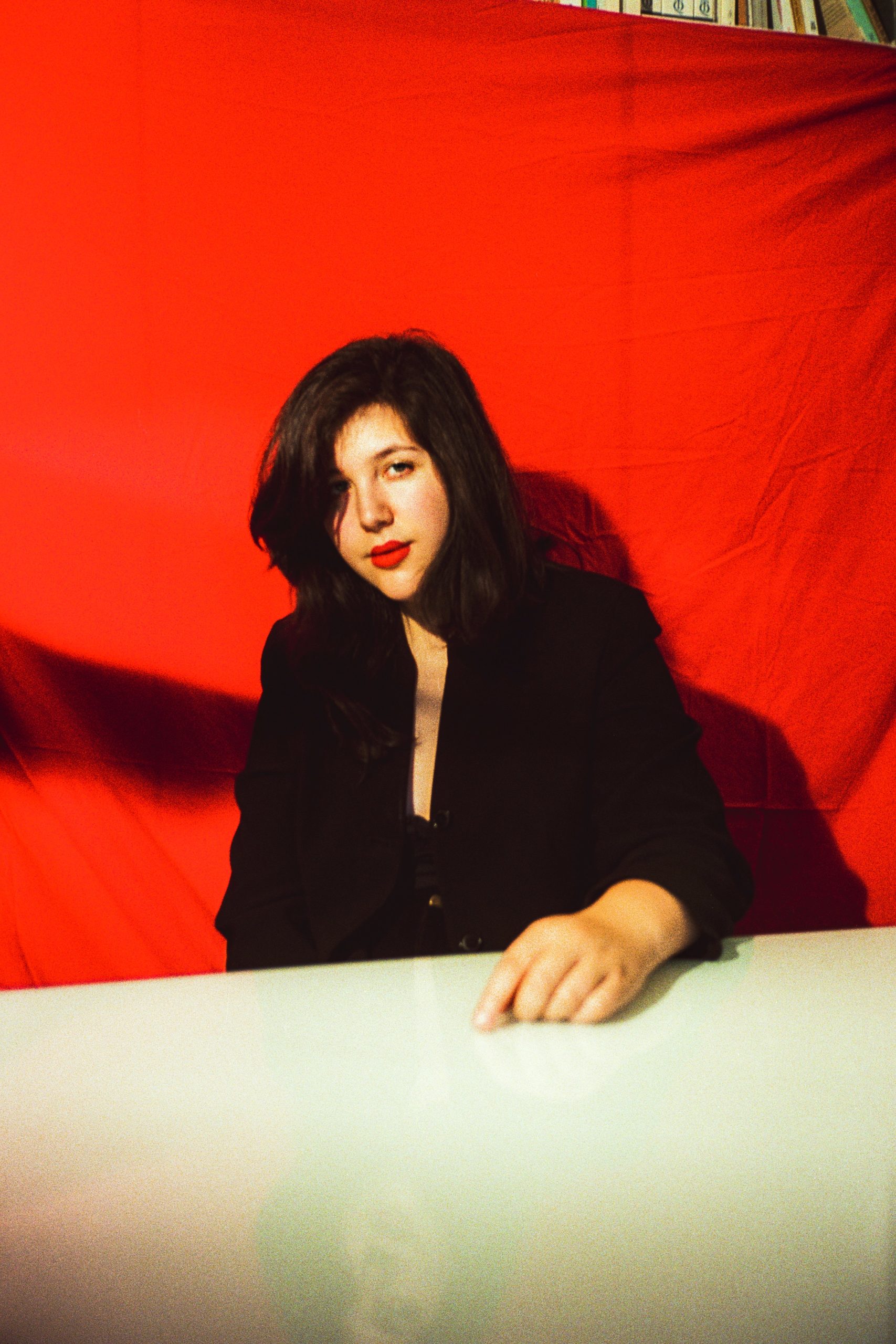 *Lucy Dacus is a touring musician, currently on the road in support of her sophomore album*, Historian, *which is out now on Matador Records. For Lenny Letter, Dacus mused on touring for the first time and what it feels like to b far away from her home in Richmond, Virginia.*

Between every major American city, there is connective tissue that shares a similar sequence of DNA no matter where you are. The Flying J, the Super 8, a welcome center, and, if you live on the East Coast like me, a Wawa. The highways are main arteries, the state routes are weak veins, and we are a single blood cell — a Ford E-350 full of amps, books, and empty coffee cups. We are in no man’s land, a neutral landscape where there is nothing to latch onto. The monotony is meditative. The mind can do nothing but twiddle its thumbs.

My muscles relax when we leave Richmond on our first day of tour, and not without some guilt. My life is full at home, overflowing at the brim with warmth, intensity, comfort, connection, and tension. I am thankful for all of it, but I look forward to the pockets of emptiness ahead.

I don’t feel like we’re on the road until I wake up in a different city and don’t know where I am. We are being pushed west, and in a couple of weeks, when we turn around, we will be pulled east. The compass in my gut points to my house as true north. This sensation has been a part of me since childhood road trips to visit my grandparents in Illinois or Mississippi. For me, all travel is within the context of this displacement. I am most aware of home when I am not there. I’m from Richmond when we leave the city limits; I’m from Virginia when we cross the state line; I’m from the United States when we travel abroad. I may never know exactly what it’s like to feel be a human from Earth by this metric.

My phone rings, breaking the silence in the van. I pick it up and begin an interview with the local paper of a city where we are going to play next week. He asks me, “How did you get into music?” Hard to say. I honestly don’t know where to begin or how this could be interesting to anyone. “Well, my mom is an elementary-school music teacher and a pianist, so there was always music in the house. I have always sung songs. I think most children sing, but at some point, they are either scolded or laughed at into submission. The greatest favor my parents did for me was to not discourage my singing.” He asks a couple more questions that he wrote ahead of time. It isn’t bad, but it is transactional rather than collaborative.

I have another interview ten minutes later. “How did you start playing music?” I take a moment to try to come up with something different and more exciting this time, but it’s no use. There’s only one truth. “Well … my mom is an elementary-school music teacher …”

Music journalism is a field of nerds. I like them. Everyone started as a fan, and some people wear that enthusiasm in a more noticeable way than others do. There are a few oddballs who take a relish in their own reputations or clearly wish they were in a different profession, but most journalists seem sweet and studious, like teacher’s pets. I want to tell them that this isn’t a test, they can look up the answers to their questions, it’s not cheating. That would sound rude over the phone, so I would never say it, though I do wish we could dive into the deep end straight away. I really believe that interviewers are capable of finding and polishing something rare and raw, but it doesn’t happen as often as I would like. But when it does, I read the result with red cheeks and a wide smile. It is such a victory to be represented accurately. Good journalism is deeply comforting during this time of my life, when I feel as though my identity is a raw material that people break into pieces to build their own work.

Just as my sense of home is stronger once I’m gone, I am aware of the base level of confidence I’ve had throughout my life now that it is threatened. A close friend of mine recently remarked that I skipped the typified era of low self-esteem in high school. My self-esteem wasn’t strong, just middling. I have never been attentive to my body, a privilege afforded to me by fine health and a noninterest in beauty culture. I don’t bathe often, I cut my own hair, I never got into makeup, and I wear things that people tell me make me “endearing.” I am largely unaware of when I look stupid. There are a handful of times when close friends have pleaded with me to get rid of an article of clothing for their sake.

Now I am under the watchful eye of the elusive, capital-P Public. That gaze is a floodlight and a mirror. For better or worse, I am the most aware of my body that I have ever been. My arms are thick, my jawline is indistinct, and my hips have widened to make way for babies I will not be having. I am paused and played, distributed everywhere. There is a pixelated me that has gone where I will never go, and I’ll never know the extent of this. And the damn photo pit at every festival is right under my chin. Oh well. It’s likely that nobody cares. Maybe I am a comfort to the soft-jawed women of the world.

And this is only the imagined gaze. There is also the gaze I witness and return every night at venues, that of love or judgment or drunkenness. I admit that moments of eye contact from the stage have the power to affirm, destroy, and flood me with inexplicable, untamable feelings that often resemble happiness. I stutter through expressions gratitudes and thanks at the mic, but I don’t come out after shows anymore. I can’t reconcile the expectations and desires of strangers. I have been kissed on the cheek, rubbed on the back, and whispered to too many times without consent. Men have aggressively asked for my number. Once, there was a woman who hooked her fingers through my belt loops and asked me to come home with her, pulling me by the wrist and taking offense when I tried to exit the situation. No, I don’t invite the opportunity for that debasement anymore.

I snap out of this train of thought before I tunnel too deep. There is a delicate balance between looking inward and looking outward that is the root of my sanity and potential undoing. Too inward and I enter a feedback loop of confusion that erodes my stability. Too outward and I neglect my well-being and lose a grip on how to take care of myself.

Back in the van, I observe my surroundings. Arizona. The plants of the Southwest look like they’re playing freeze tag, frozen in the middle of blowing up, writhing around, or attacking a predator. I’m thankful that I didn’t grow up here so that I’m not desensitized to these ridiculous proliferations of nature. The light is bright and blinding. The air is drying me out. I’m where I want to be: always on the way to somewhere else.

*Lucy Dacus was born, raised, and currently lives in Richmond, Virginia. Her first record,* No Burden*, was the result of a school assignment with her guitarist and longtime friend Jacob Blizard.* *After an original release by Virginia label Egghunt Records, the album was reissued on Matador Records following an onslaught of unexpected attention and critical acclaim. Her highly anticipated second album, H*istorian*, came out in March 2018 and focuses on themes such as loss, death, hope, resilience, and gratefulness. Dacus (1) with a four-piece band to support* Historian *in the United States, the United Kingdom, Canada, and Europe throughout the upcoming year.*