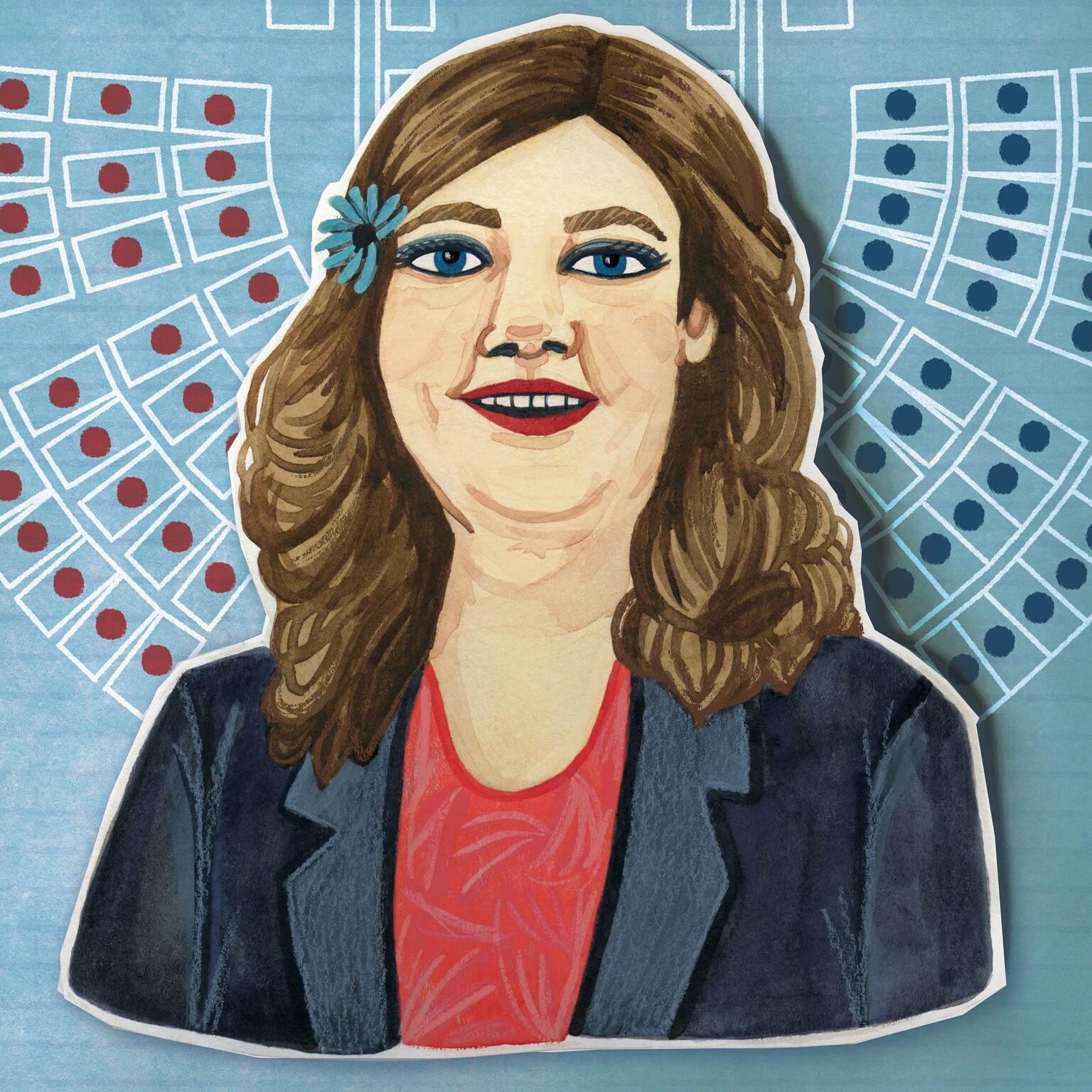 ​What if we took a small step toward true representation in the Senate (or anywhere else for that matter)? What if you didn’t need to be a rich, usually white, almost always straight, and probably always cis, dude, to be in government and vote on national issues? What would that be like?

If elected, Misty Snow, who is running for United States Senate in the state of Utah, would be more than a small step toward diversity in the Senate — she represents a series of potential historic firsts. She would be the first woman Utah has ever sent to the Senate. She would also be the first Democrat from Utah in 40 years, the first millennial (she’s 31), the first trans woman, and, I’m guessing, the first member of the Senate who was working in a grocery store during her campaign.

Misty sees the fact that she has no college degree and has never held elected office as an asset. Her candidacy is about being an insider for the working-class community while being an outsider in Washington — but the tough reality is that she is up against Republican incumbent Mike Lee, who has an advantage when it comes to gender, fund-raising ability, and the historic tendency for those in office to remain in office.

I spoke with Misty over the phone about her campaign, her working-class values, her support for trans rights, and what she’d do if elected.

**Sarah Sophie Flicker:** Most of us associate Utah with Mormons, obviously. Are your friends and family who are members of the church supporting you?

**Misty Snow:** A lot of my friends are practicing Mormons. I work with my best friend, who is really churchy. She goes to church every Sunday and wears temple garments. She supports me. Mormon millennials are more liberal on pretty much every social issue.

**SSF:** How did you get into politics in the first place?

**MS:** Politics was never my goal. I decided to run for office in February of this year because I was not excited by the Democrat who was running in the primary. He wanted an investigation into Planned Parenthood, he is pro-life, he’s not a supporter of LGBT rights, he’s pro-war, and he’s in favor of private prisons. That’s not acceptable to me. I didn’t want him to have the nomination by acclamation. I wanted him to be challenged for it.

I knew there was an opportunity to try and challenge this guy at the state convention if I launched a very progressive challenge to him and focused on issues such as income inequality, a $15 minimum wage, and LGBT rights, and you know what? It worked! I beat him four to one!

**SSF:** Hurrah! I first saw you at the DNC. How are you feeling about the presidential race?

**MS:** The presidential race is interesting. I’ll probably vote for Clinton because she’s the best candidate on the ballot, but I do have some reservations on her, especially when it comes to foreign policy. Nobody’s excited about the presidential election in Utah, it seems. I’ll vote for Clinton but I’m not going to tell everybody, like, “Hey, you need to vote this way.” What matters to me is that they get out and vote and that they vote all the way down the ballot.

The lower you get on the down-ballot, the more your vote matters. At the state level, there’s only going to be 5,000 or so votes cast. In the presidential election, your vote is one of like 50 million. Your vote matters a lot more for the state legislature, and they have a lot more power over your day-to-day lives than the president does. Pay attention to the senate race, the congressional races, your governor race, the mayoral race, your attorney general, your state-House and state-Senate races. Those people matter.

**SSF:** Totally — the presidency is not the revolution, but the down-ballot really can be. Speaking of the state level — much of the anti-LGBT legislation, the so-called “bathroom bills,” and the attacks on Planned Parenthood have come out of state legislatures. What are things like in Utah, especially on trans issues? It seems like such a conservative state.

**MS:** In Utah there is no law against changing your gender on state-issued documentation. You just need a court order. It was pretty easy for me. I had been living as a woman for seven weeks, and all I needed was a letter from my gynecologist that I had received “appropriate treatment.” I got a new birth certificate and driver’s license all on the same day.

This is really a crucial issue. When you don’t have the proper documents, it’s harder to get a job. It’s harder to get insurance. It’s harder to prove who you are. Not being able to get proper identification bars you from public life, and that’s why we have such high rates of unemployment and homelessness among LGBT people, trans people. You know, there are so many trans people who just can’t get a job even though they might have a college degree. They can’t prove they have a college degree because they can’t get their school records updated.

**SSF:** What needs to happen to move forward nationally on this issue?

**MS:** What we really need is some kind of national law that protects LGBT people from housing and employment discrimination. Currently I think only nineteen states have laws like that. In Utah, which as you know is a very Republican state, we have been able to get some protection on the books, but this needs to happen nationally. Getting my passport updated was actually the most difficult paperwork I had to deal with.

**SSF:** You are a working-class woman without a college degree — and representing the values of that demographic is a big part of your campaign. Can you talk about that?

**MS:** I think there are a lot of people who are working-class people who feel that our government isn’t doing a lot for them. Their voices aren’t being heard.

**SSF:** Do you see your candidacy as a step forward for diversifying Congress?

**SSF:** Tell me what you’d like to accomplish during your first hundred days in office.

**MS:** We still have to confirm Merrick Garland for the Supreme Court. Fifty-five percent of Utahans want hearings for him, so let’s just do the job.

I’d like to fight for a living wage. I’d like to see the minimum wage raised to like $15 and then have it adjusted for inflation thereafter. I’d like to advocate for nondiscrimination acts for LGBT people. Certainly, unemployment and housing I think would be the most critical, but also medical care and just ensuring that LGBT people have full equal rights under the law without exemptions or exceptions, in all areas.

_Sarah Sophie Flicker is_ _creative director for_ (1)_, a creative agency that specializes in social-justice and progressive-issue campaigns_, _founder of_ (2)_, a political theater group, and co-founder of_ (3) _a website about the future of motherhood and feminism._