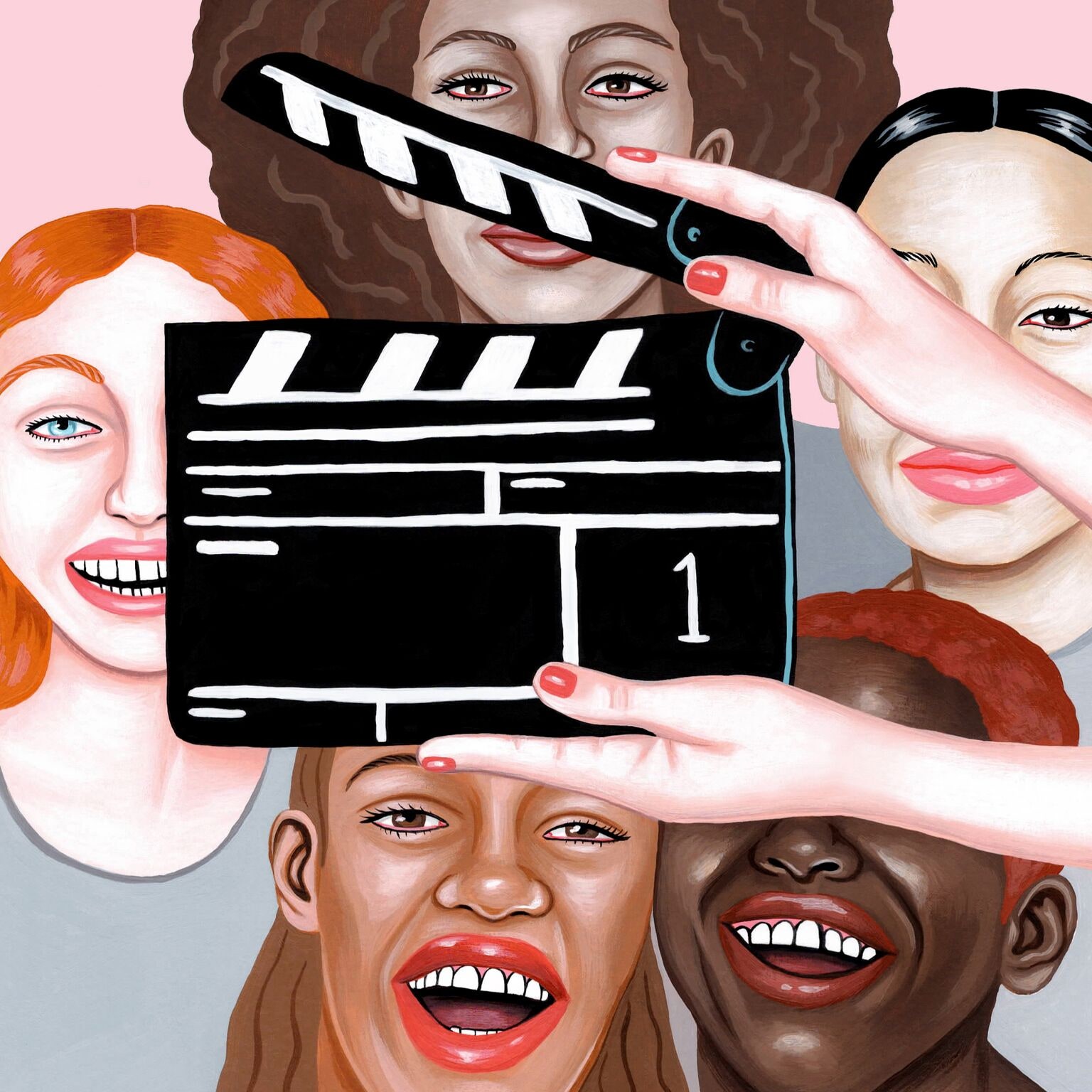 Kim Coleman doesn’t really do interviews, but she’s made an exception because, full disclosure, I’m good friends with her daughter, Winter. She doesn’t really do parties either, unless they are related to her work or supporting her peers. That’s because she considers herself to be more of a behind-the-scenes type. As an independent casting director, her job is never-ending. She had to reschedule our interview twice due to a crisis with an ABC pilot she was casting, and during our hour-long Sunday chat, she revealed to me that Spike Lee had called her ten times. Along with Lee, Kim has cultivated relationships with some of Hollywood’s most famed directors and producers, so it’s not surprising that her phone never stops ringing.

For the past twenty years, Kim has played an integral role in diversifying films and television series like _American Crime,_ _Akeelah and the Bee,_ and _Everybody Hates Chris._ She regularly collaborates with Lee, casting films like _She Hate Me_ and _Chiraq,_ and she’s helped bring to life cult movies including _The Cheetah Girls, Beauty Shop,_ and three Madea-franchise films. This season alone, Kim is behind the casting for the Netflix projects _Dear White People, She’s Gotta Have It,_ and _Burning Sands._

In her many years in the industry, it’s clear that Kim has broadened the stage for brown and black actors, giving newcomers like Trevante Rhodes, Shameik Moore, DeWanda Wise, and Kiersey Clemons a chance to shine. We chatted about how she got her start in entertainment, building confidence in your ideas, and how the industry has opened up to diversity.

**Kim Coleman:** I don’t know my first memory, but one of the strongest is making sandwiches and watching _Love Boat_ and _Love American Style_ with my grandmother. We were very close. We loved watching TV together. At the end of certain TV shows and films, I would see “casting by,” and I would see his name, Lynn Stalmaster. I was like, _Oh my God. Who is she?_ That’s when I first became aware of casting. When I went to look her up, I found out it was a guy. Lynn Stalmaster is one of the most innovative in casting.

**TH:** How did you start working in the entertainment industry?

**KC:** My then-boyfriend, now husband and I decided to move to Los Angeles together when I was 20. We caught a Greyhound bus, started in San Diego, and eventually moved to Los Angeles. I came to LA to take a job at the shop Giorgio Beverly Hills on Rodeo Drive. I went from retail to the entertainment business when I joined the accounting department at Creative Artists Agency. Then, an agent friend of mine told me that the casting department was looking for an intern. I went to meet Billy Hopkins, the very well-respected casting director. He said, “Look, I can’t pay you, but if you want to learn the business, this is how you learn it.” So I worked for free. He taught me everything about casting. I was his right hand.

> One thing you have to keep in mind in this business is that we’re all a small piece of the puzzle.

**TH:** Two of the Oscar-winning black actors from last season were Viola Davis and Mahershala Ali, who didn’t get their big breaks until they were 40-plus. In an interview with _GQ,_ Mahershala said it was hard for black actors to get cast based on their potential. How have you seen the opportunities for black actors change over the years?

**KC:** Right now, if you’re an African American actor, you’re in demand. Over the last two years, when I do my availability list, there’s so many black actors who are not available. I understand what Mahershala is saying: I think there was a time maybe four or five years ago that, as casting directors, we would say to our producers or directors or writers, “Well, this role that might be written for a white actor, what if they’re brown or black?” Sometimes there would be some hesitation, but I think that day has passed. Now I think everyone is open to who the best actor is for the role.

**TH:** What do you think caused the industry shift?

**KC:** I think part of it is that there’s more content being created right now, which brings more diversity to the screen. The world is different now, and that is a huge part of it. I don’t think there ever was a situation where folks were saying, “Oh, no, no, no, I don’t want to put black actors in my TV show, in my film.” I just think most people are more educated now. As casting directors, we have to educate our team to let them know this actor’s work or worth.

**TH:** Being a woman who does call the shots in an industry that is male-dominated, how did you learn to hold your own and not get walked over?

**KC:** Part of it is experience — being confident in who you are and what you bring to the table comes from experience. If I feel very strongly about an actor and maybe my producer or my director feels differently, I will voice my opinion. One thing you have to keep in mind in this business is that we’re all a small piece of the puzzle. Everybody respects everybody’s input, and that makes a big difference.

**TH:** The upcoming Netflix series _She’s Gotta Have It_ is a television version of a cult Spike Lee classic. Did you feel the pressure in making the casting decisions? You went for newcomers, like the lead, DeWanda Wise.

**KC:** When I was auditioning actresses, including her, this character needs a certain gravitas, and DeWanda just brought it to the table. I auditioned many actresses for that part, and she was someone we could not get out of our heads. The movie has such a following and a pedigree that Spike was like, “We gotta do this right.” Each one of the guys had to have the same quality that made the movie successful. I know who’s out there, and I didn’t want to see the same old faces. With the great Spike Lee, I’m always nervous when I’m working with him, as with all my other directors and producers. I always tell all of them — I tell Tyler Perry, Oprah, all of them — my job is not to get fired.

**TH:** You’ve cast so many great black TV shows and movies, like _She Hate Me,_ _Dope,_ and _Everybody Hates Chris._ Do you intentionally pick projects where you know you’ll be expanding the stories of black people on-screen?

**KC:** I don’t intentionally choose those projects. It just so happens that a lot of people who ask me to join their team are creating that content. Movies and TV and stage presentations are a collaborative process. A person has a vision and surrounds themselves with others willing to pursue bringing that vision to life.

**TH:** Would you say that you try to make sure that the show or film that you’re casting is diverse?

**KC:** Absolutely. If I read the script, I don’t just read every role and say every role could be black or every role could be white. I’m always looking for diversity. I think when it fits and when it feels right, that’s my take on it. A lot of times it’s not just all about race. It’s about putting the ensemble together.

_Tahirah Hairston is a culture writer living in Brooklyn._