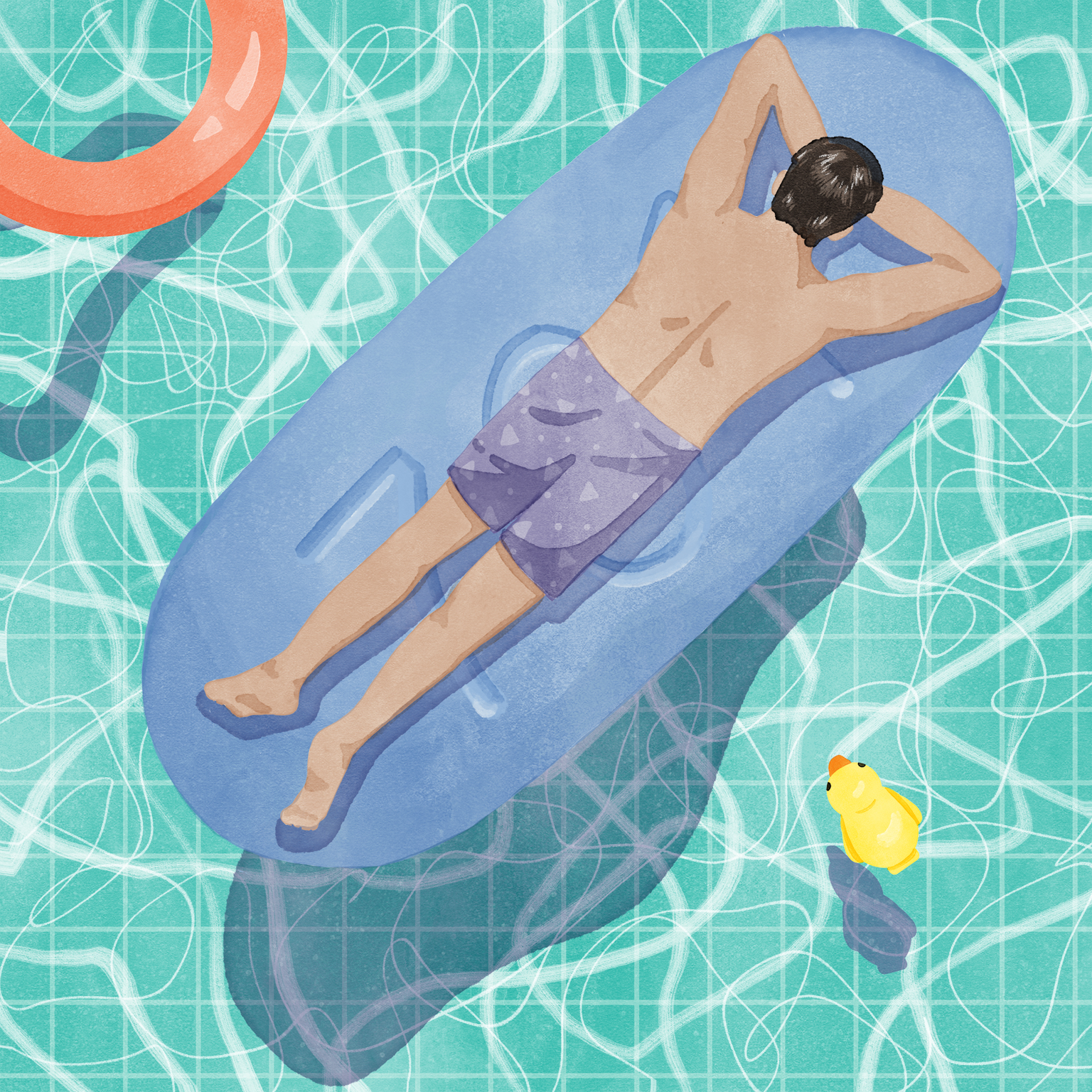 ​The first thing I did this morning was take my PrEP. PrEP stands for pre-exposure prophylactic. It’s a combination of drugs you can take when you are HIV-negative that will prevent you from getting the disease. For queer people like me — or anyone who is at risk — PrEP has changed not just our sex lives, but our personal lives, our culture, and the way we relate to the world around us. For the first time, we can live without the fear of HIV/AIDS. For me, that has been a profound transformation.

America first learned of a spreading, incurable, and fatal new disease in 1981; it would later be identified as the human immunodeficiency virus, or HIV — the virus that causes AIDS. It devastated millions of people as it moved around the globe, aided by indifference, poverty, superstition, and bigotry. In the United States, it primarily affected gay men. Three hundred and sixty-two thousand died between 1981 and 1996. AIDS activist and playwright Larry Kramer called it a holocaust.

I was a 1980s preteen when I first became aware of it. I wasn’t out then, even to myself, but I knew this had something to do with me, something that was going to make life much harder and definitely scarier. AIDS was a constant presence in my life before I could even see an R-rated movie unattended. But I did see _Common Threads,_ the documentary about the AIDS quilt, and cried my eyes out for all the people I didn’t know, for strangers I had so much in common with.

I moved to New York from Santa Cruz in the early ’90s to attend college. Everything was new, even old things like subways and dive bars. The scene was exciting, but tempered by the reality of HIV/AIDS. I met and saw the artists and activists who would shape my life, many of whom were making work related to the disease: Diamanda Galás’s _Plague Mass,_ Todd Haynes’s _Poison,_ John Kelly and the work of the Visual Aids Artists Caucus. These performances were tinged with rage at the system for ignoring us, and there was power and grace emanating from a community under siege. It was a time of rapid change in the gay-rights movement and it seemed like the arts and queer rights were so connected.

> The scene was exciting, but tempered by the reality of HIV/AIDS.​

At the same time, there was a collective weariness. Friends, and friends of friends, and their friends too, were testing positive. Some were dying. Grief was omnipresent. Despite the work of activists and health-care providers, there remained an unfair stigma associated with one’s HIV status. Princess Diana was considered brave for even hugging or shaking hands with an AIDS patient.

Once, before he died, my friend Douglas asked me to button his coat because he was too weak.

A year later the medicine came.

Highly Active Anti-Retroviral Therapy (or HAART), also known as the “AIDS cocktail,” became available in 1996 and turned what was once an almost certain death sentence into a manageable, chronic condition. A friend of mine tested positive and I was overcome, until everyone reminded me: “It’s different now.” A cure seemed as far away as ever, but this treatment gave hope to so many gay men, queer-identified individuals, and trans women. Today over a million people are living with the virus well into old age.

But I was born prone to anxiety and the anxiety remained, even though HIV was no longer fatal. Well into 2001 and 2002 I had a fear of contracting HIV that went far beyond the actual risk, and I often suffered from intense post-sex panics, no matter how many safe practices had been involved. I was superstitious of getting tested, worried I’d receive a false positive, as a good friend of mine did once. (I got tested anyway, despite my fears.) And the stigma, like my anxiety, remained. All you had to do was open Grindr to see the disturbing use of “clean” to indicate an HIV-negative status, as though our brothers and sisters who are positive were somehow “unclean.”

> I was superstitious of getting tested, worried I’d receive a false positive, as a good friend of mine did once. ​

And then in 2012 came Truvada, a combination of two antiretroviral medications that, if taken daily by an HIV-negative person, makes it almost impossible for HIV to take hold in the body — hence the name PrEP. Initially, Truvada was slow to catch on. But even though its use is far below what experts consider optimal, it’s already changing the way we relate to each other. It fundamentally alters the dynamic between positive and negative sex partners. On many dating apps now, guys will state whether they are on PrEP or not.

I admit (remember, I’m anxiety prone!) that I assumed there must be a huge downside or horrible side effects and it couldn’t possibly really work, so I didn’t look into it initially. But as time went on, the evidence has become overwhelming that Truvada does work and the side effects are minimal. The whole thing was amazing to contemplate, but it still seemed like science fiction.

I finally decided to get a prescription a year ago after one last series of panic attacks following an encounter that wasn’t even particularly risky. But logical risk analysis doesn’t matter inside the brain of someone conditioned for a lifetime to experience intimacy as something connected to illness and death. When I met with the doctor and told her what I was worried about, which was oral sex without ejaculation, she actually laughed and then immediately apologized. I told her it was great that she laughed, because I needed to fully understand how out of proportion my anxiety is about all this.

I was actually worried she wouldn’t prescribe PrEP to me if she didn’t think I was “high risk” enough. But she said I was perfect for it. And I learned that I wasn’t alone in my fears — she had patients who haven’t had sex in twenty years because of severe PTSD as a result of living through the height of the epidemic. For me, the fear hadn’t resulted in anything that extreme, but the prospect of this intense anxiety being a thing of the past was nothing short of revolutionary.

> For me, the fear hadn’t resulted in anything that extreme, but the prospect of this intense anxiety being a thing of the past was nothing short of revolutionary.​

Once I began taking the medication as directed, the fear around sex began to lift. It’s a priceless feeling. Obviously it’s not a pass to be reckless — one has to protect oneself from other STIs. But it is a gift to be able to experience life and intimacy with other people without a dark cloud hanging over everything. It’s a story I’ve heard many times from friends who’ve also decided to take PrEP.

“We’ve grown up only ever knowing sex with an element of fear, whether it’s beforehand, which blocks you from experiences, or the anxiety afterward while you wait three months to get tested,” says DJ Nita Aviance, who has been quite open on social media about his use of PrEP. “The sad part is that I never knew fear was _such_ a strong component of my sex life until I started taking PrEP. I thought that was just ‘how it was.'”

But who can access that relief? It’s been four years since the FDA approved Truvada, but people who could benefit from it, as I have, often don’t know about it, can’t get it covered by their insurance, or have a doctor who is ignorant about the whole issue. This must change. Organizations like Project Inform are doing important work toward this end, and the New York State Department of Health has launched ” (1),” a comprehensive strategy to bring new infections in the state to under 750 by 2020.

For me, a huge source of anxiety I thought would always be with me is gone. PrEP is a profound new tool that can have life-changing consequences, not only in terms of physical health but in how it can give people a long-deserved sense of confidence about living their lives fully. It’s still not a cure, but it changes everything. It is a step toward that freedom.