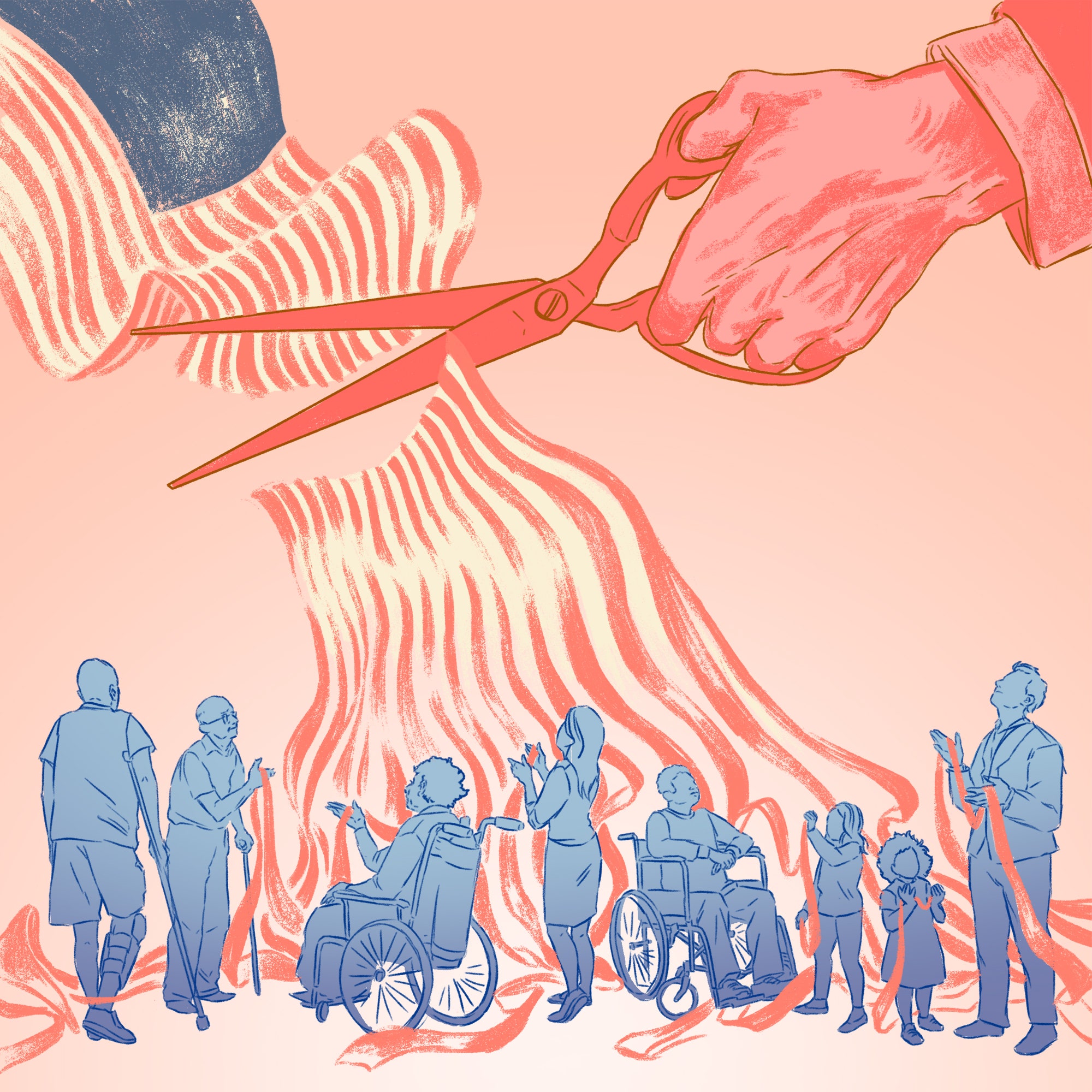 I was thrilled when Lenny Letter first asked me to write about the Senate health-care plan. But then I realized — how do you write about a bill hardly anyone has seen?

See, for six weeks, thirteen Republican senators — all men — wrote a health-care bill in secret. Several senators complained that even as members of the health-care working group they hadn’t seen the legislation. The bill they crafted would affect the lives of nearly every American and restructure one-sixth of our economy. But unlike the authors of the Affordable Care Act (known as the ACA), who held more than 100 hearings over the course of a year, the proponents of this health-care plan held no hearings, engaged in no debate — nothing. Radio silence.

Then, last Thursday, they released the bill just a week before they wanted us to vote on it. That’s barely enough time to print out the bill, let alone read it and discuss it with experts and constituents. But even with only a few days to review this proposal, one thing is very clear:

The Senate Republican health-care plan is, as the young people might say, a “hot mess.” It’s every bit as bad as the harmful bill passed by the House in May, and it would be nothing short of a disaster.

I’m a big believer that we should always show the math on these issues. So let’s go through the ways the Senate health-care bill would make Americans worse off. And there are a lot of them.

Just yesterday, we learned that 22 million more Americans would be uninsured over the next decade including 15 million Americans next year. This bill would take away health care from millions of Americans. People who have insurance won’t anymore. They’ll end up in the ER, probably sicker and more costly to treat.

It would raise costs for middle-class families and seniors.

It would cut hundreds of billions from Medicaid, which — many folks don’t realize — doesn’t only help low-income Americans afford health care but also pays for everything from treatment for substance abuse to support for children with special needs.

And — not surprising when certain senators question why men should even be paying for mammograms — this bill would be absolutely terrible for women.

> Join the fight. Make your voices heard. Because this is not a drill.

The bill also gets rid of the ACA requirement that insurance companies cover certain essential health benefits. Many of these benefits — like maternity care and birth control — specifically help women.

And what about people with preexisting conditions? If certain states take advantage of a loophole in the Republican plan, insurers won’t be required, like they are now, to cover your birth control or maternity care if you become pregnant, which means you’d have to pay extra to have that coverage. In my home state of California, that could mean a “pregnancy tax” of more than $1,000 a month.

Confronted with this catastrophic health-care proposal, all of us have a choice. It’s a little like the choice Diana faces in *Wonder Woman*, which I saw a few weeks ago and loved. Do we steer clear of the troubles of the world? Or do we join the fight?

For me, the answer is easy: Join the fight. Make your voices heard. Because this is not a drill.

Actually, we’ve seen this movie before. Back in March, Republicans in the House of Representatives made their first attempt to pass their own draconian health-care bill. And what happened? The American people pushed back — hard. Congressional offices were flooded with calls, letters, and emails unlike anything anyone had seen before. Support for the House bill collapsed. The Speaker of the House, Paul Ryan, chose not to even bring the bill to the floor for a vote.

This week, we have a chance to defeat it again. And every one of us needs to speak up and speak out.

If your senator opposes the bill, thank them and ask them to continue doing everything possible to stop it. Reach out to friends in states with senators who are still on the fence. Maybe even have some tough conversations with friends or family members who oppose the bill about the actions they should take to make sure it gets defeated.

If your senator supports the bill or is undecided, explain how this bill will impact you or your loved ones. Tell your story. Tell them that if they vote for people to lose their health care, they should — and will — lose their jobs.

Be persistent, be passionate, and be persuasive.

In recent weeks, I’ve sat in some Senate hearings that called for seriousness and critical analysis. But some have suggested those moments instead called for “courtesy.”

If this health-care proposal becomes law, it could literally have life-or-death consequences for families. This vote represents an inflection point for our country.