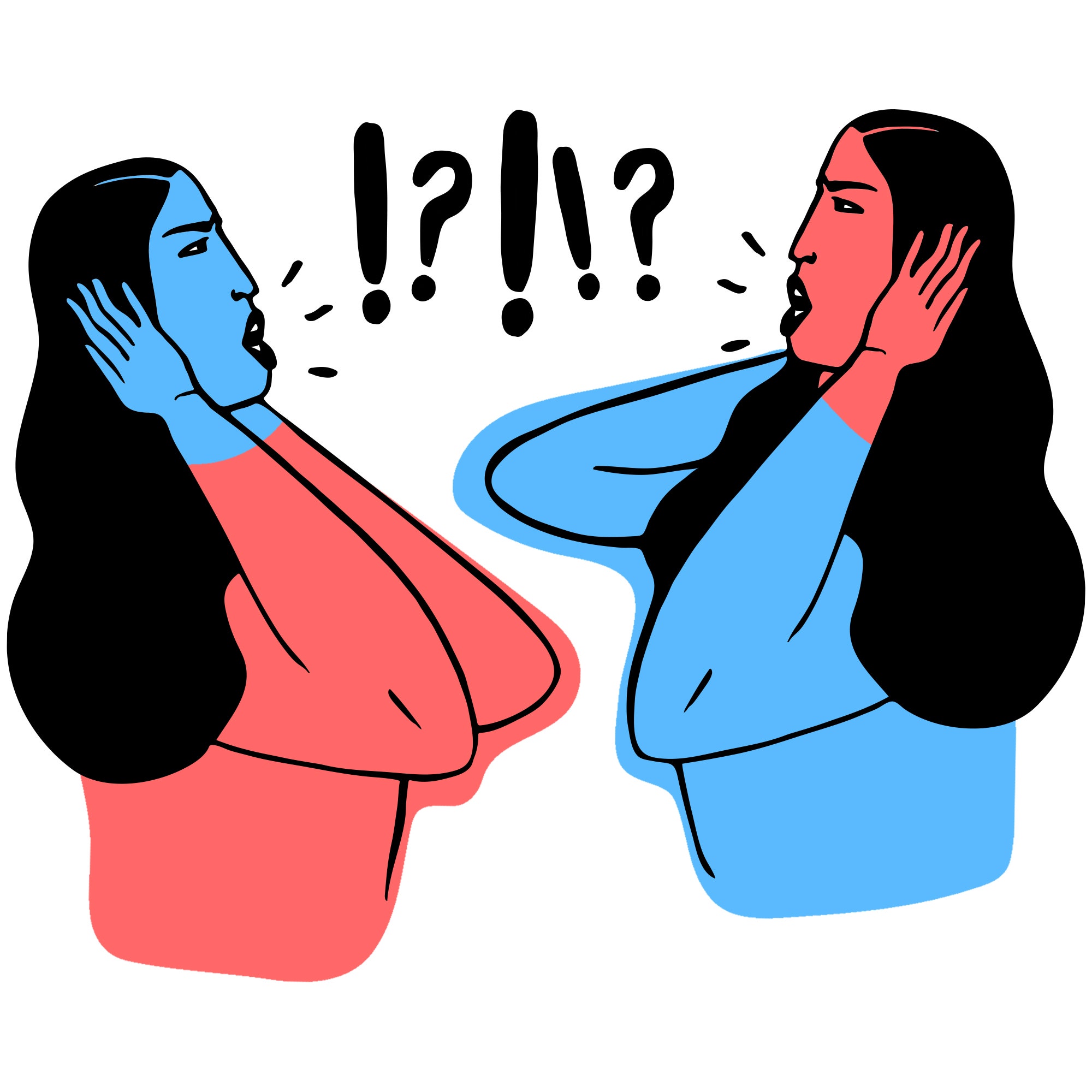 In 2005, Harry Frankfurt, professor emeritus of philosophy at Princeton University, published On Bullshit. It’s a very small book about the nature of BS, how it’s different from lying, and why we’re all compelled to bullshit on occasion. I was captivated by three insights that Frankfurt shares in his work and how these insights mirror what I found in my recent study on belonging. My research makes it clear that true belonging doesn’t require us to change who we are; it requires us to be who we are. Because the yearning for belonging is so primal, we often try to acquire it by fitting in and by seeking approval, which are not only hollow substitutes for belonging but often barriers to it. Our sense of belonging can never be greater than our level of authenticity. Bullshit presents a unique problem because most of us struggle to maintain our authenticity and integrity when engaging in debates and discussions driven by emotion rather than shared understanding of facts.

The first of Frankfurt’s insights is the difference between lying and bullshitting: Lying is a defiance of the truth, and bullshitting is a wholesale dismissal of the truth. “By virtue of this, bullshit is a greater enemy of the truth than lies are,” Frankfurt writes. This changes the nature of debate — and calls into question the opportunity for productive discourse. As Alberto Brandolini’s Bullshit Asymmetry Principle states, “The amount of energy needed to refute bullshit is an order of magnitude bigger than to produce it.”

Second, it’s advantageous to recognize how we often rely on bullshitting when we feel compelled to talk about things we don’t understand. Frankfurt explains how the widespread conviction that many of us share about needing to comment or weigh in on every single issue around the globe leads to increased levels of BS. It is crazy to me that so many of us feel we need to have fact-based opinions on everything from what’s happening in Sudan and Vietnam to the effects of climate change in the Netherlands and immigration policy in California.

We don’t even bother being curious anymore because somewhere, someone on “our side” has a position. In a “fitting in” culture — at home, at work, or in our larger community — curiosity is seen as weakness and asking questions equates to antagonism rather than being valued as learning. On the other hand, curiosity is foundational and seen as brave in true belonging cultures.

Last, Frankfurt argues that the contemporary spread of bullshit also has a deeper source: our being skeptical and denying that we can ever know the truth of how things really are. He argues that when we give up on believing that there are actual truths that can be known and shared with observable knowledge, we give up on the notion of objective inquiry. It’s like we just collectively shrug our shoulders and say, “Whatever. It’s too hard to get to the truth, so if I say it’s true, that’s good enough.”

Frankfurt’s astute observation of where that leads us feels prophetic in 2017. He argues that once we decide that it makes no sense to try to be true to the facts, we simply resort to being true to ourselves. This, to me, is the birthplace of one of the great bullshit problems of our time: the “You’re either with us or against us” argument.

One of the biggest drivers of bullshit today is the proliferation of the belief that “You’re either with us or you’re against us.” It’s an emotional line that we hear everyone, from politicians to movie heroes and villains, invoke on a regular basis. Well-intentioned or not, 95 percent of the time, it’s an emotional and passionate rendering of bullshit.

Benito Mussolini relied heavily on the line “O con noi o contro di noi” (“You’re either with us or against us”). In the weeks following 9/11, both George W. Bush and Hillary Clinton told the world’s citizens that they were either with us in the fight against terrorism or against us. Bush took it even further by saying, “Every nation, in every region, now has a decision to make. Either you are with us, or you are with the terrorists.” It’s dramatic and effective, which is why you see it in our stories, too. In Star Wars: Revenge of the Sith, Darth Vader says to Obi-Wan Kenobi, “If you’re not with me, then you’re my enemy.”

Normally, we use “with me or against me” during times of significant emotional stress. Our intentions may not be to manipulate but to force the point that we’re in a situation where neutrality is dangerous. I actually agree with this point. One of my live-by quotes is from Elie Wiesel. “We must always take sides. Neutrality helps the oppressor, never the victim.” The problem is that the emotional plea is often not based in facts and preys on our fears of not belonging or being seen as wrong or part of the problem. We need to question how the sides are defined. Are these really the only two options? Is this the accurate framing for this debate, or is this bullshit?

In philosophy, “You’re either with us or against us” is considered a false dichotomy or a false dilemma. It’s a move to force people to take sides. If other alternatives exist (and they almost always do), then that statement is factually wrong. It’s turning an emotion-driven approach into weaponized belonging. And it always benefits the person throwing down the gauntlet and brandishing those forced, false choices.

The ability to think past either-or situations is the foundation of critical thinking and, in today’s culture, requires courage. For most of us, even if the “with us or against us” mandate sounds a little like oversimplified BS, it still feels easier and safer to pick a side. The argument is set up in a way that there’s only one real option. If we stay quiet, we’re automatically demonized as “the other.”

The only true option is to refuse to accept the terms of the argument by challenging the framing of the debate. Why? Because the argument is set up to silence dissent and draw lines in the sand that squelch debate, discussion, and questions — the very processes that we know lead to effective problem-solving. But make no mistake: Challenging the framing of emotional, either-or debates is opting for what I call “the wilderness.” Getting curious and asking questions happens outside the safety of our echo chambers and ideological bunkers. You will often feel alone, vulnerable, and surrounded by uncertainty.

The wilderness does demand bravery, but it’s worth it. Our silence comes at too high an individual and collective cost. Individually, we pay with our integrity. Collectively, we pay with divisiveness, and even worse, we bypass effective problem-solving. Answers that have the force of emotion behind them but are not based in fact don’t provide strategic and effective solutions to nuanced problems. We normally don’t set up false dilemmas because we’re intentionally bullshitting; we often rely on this device when we’re working from a place of fear, acute emotion, and lack of knowledge. Unfortunately, fear, acute emotion, and lack of knowledge also provide the perfect set-up for uncivil behavior. This is why the bullshit-incivility cycle can become endless.

It’s easier to stay civil when we’re combating lying than it is when we’re speaking truth to bullshit. When we’re bullshitting, we aren’t interested in the truth as a shared starting point. This makes arguing slippery, and it makes us more susceptible to mirroring the BS behavior, which is: The truth doesn’t matter, *what I think* matters.

Sometimes calling out BS is unnecessary because there’s an expectation of embellishment, like an overly polite compliment or, in the case of my Texan family, a tall tale of walking uphill to school both ways, in the snow, pulling a donkey. But when the stakes are high and we need to speak truth to bullshit, I’ve seen two practices that increase effectiveness.

First, approach bullshitting with generosity when possible. Don’t assume that people know better and they’re just being malicious or mean-spirited. In highly charged discussions, we can feel shame about not having an informed opinion, and these feelings of “not enough” can lead us to bullshitting our way through a conversation. We can also believe we’re responding from real data and have no idea that there’s nothing to back up what we’re saying. Additionally, we can get so caught up in our own pain and fear that truth and fact play second fiddle to emotional pleas for understanding or agreement. Generosity, empathy, and curiosity (e.g., “Where did you read this or hear this?”) can go a long way in our efforts to question what we’re hearing and introduce fact.

The second practice is civility. I found a definition of civility from the Institute for Civility in Government that very closely reflects how the research participants talked about civility. The organization’s cofounders, Cassandra Dahnke and Tomas Spath, write:

Civility is claiming and caring for one’s identity, needs, and beliefs without degrading someone else’s in the process. . . . is about disagreeing without disrespect, seeking common ground as a starting point for dialogue about differences, listening past one’s preconceptions, and teaching others to do the same. Civility is the hard work of staying present even with those with whom we have deep-rooted and fierce disagreements. It is political in the sense that it is a necessary prerequisite for civic action. But it is political, too, in the sense that it is about negotiating interpersonal power such that everyone’s voice is heard, and nobody’s is ignored.

The practice of speaking truth to bullshit while being civil feels like a paradox, but both are profoundly important parts of true belonging. Carl Jung wrote, “Only the paradox comes anywhere near to comprehending the fullness of life.” We are complex beings. We wake up every day and fight against being labeled and diminished with stereotypes and characterizations that don’t reflect our fullness. Yet when we don’t risk standing on our own and speaking truth to bullshit, when the options laid before us force us into the very categories we resist, we perpetuate our own disconnection and loneliness. When we are willing to risk venturing into the wilderness, we feel the deepest connection to our true self and to what matters the most.

There will be times when standing alone feels too hard, too scary, and we’ll doubt our ability to make our way through the uncertainty. Someone, somewhere, will say, “Don’t take on this issue. You don’t have what it takes to survive the wilderness.” This is when you reach deep into your wild heart and remind yourself, “I am the wilderness.”

*Excerpted from* (1), *by Brené Brown. Copyright © 2017 by Brené Brown. Excerpted by permission of Random House. All rights reserved. No part of this excerpt may be reproduced or reprinted without permission in writing from the publisher.*

*Dr. Brené Brown is a research professor at the University of Houston, Graduate College of Social Work. She has spent the past sixteen years studying courage, vulnerability, shame, and empathy and is the author of three No. 1 New York Times best sellers.*