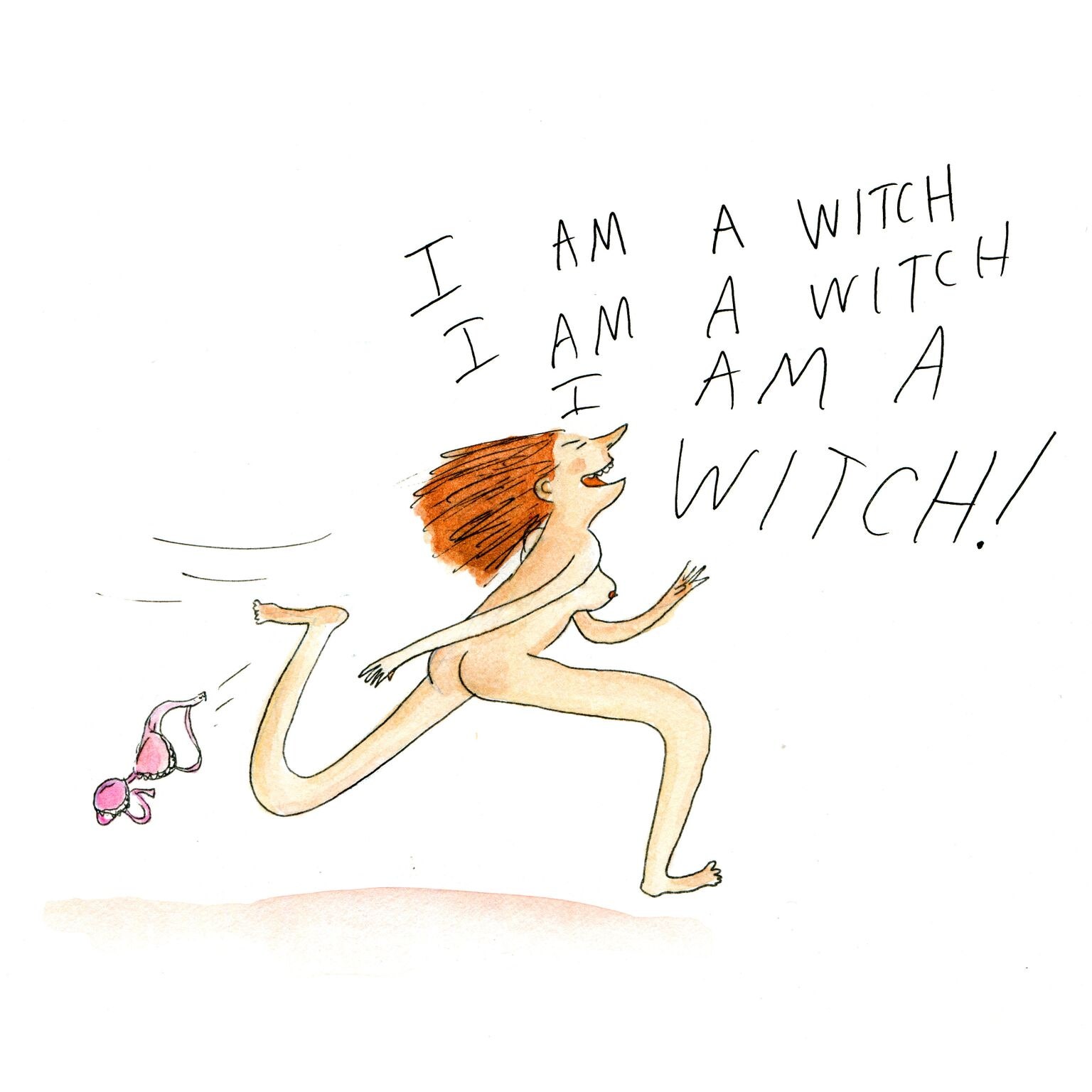 _When you mess with women, you’ll be in trouble_

—From “Conspiracy Against Women,” a WITCH protest chant

“It always drives me nuts when they say feminists have no sense of humor,” Robin Morgan tells me. “I for one have not laughed so hard — and for so long — as I did in the women’s movement.”

Morgan is a household name to a certain generation of feminists, right there alongside her friend and collaborator Gloria Steinem. A poet, novelist, journalist, and activist, she is the author of more than twenty books and edited the 1970 anthology (1), a collection that lit a match to the modern women’s movement.

But on this day, we are speaking about WITCH. The Women’s International Terrorist Conspiracy from Hell, “a name we surely wouldn’t get away with today,” Morgan notes, was formed in 1968 as an offshoot of another protest group, New York Radical Women. WITCH devoted itself to hit-and-run style guerrilla theater, called “zaps.” Proclaiming witches to be the original female rebels — hounded, persecuted, and burned at the stake — the group was made up of “covens,” or chapters of thirteen members, but anybody could join.

“If you are a woman and dare to look within yourself, you are a Witch,” their manifesta stated.

The goal of WITCH was simple: to smash patriarchy. And patriarchy didn’t just mean sexism — it meant capitalism and racism too. On Halloween in 1968, members of the New York chapter of WITCH staged a hex on the New York Stock Exchange. First, they sneaked downtown early in the morning to crazy glue the doors shut so that when the bankers arrived, they couldn’t get in.

“In those days, the Stock Exchange had huge brass doors with actual locks,” Morgan remembers. “So two of us showed up at 4 a.m., when nobody was around, and oozed crazy glue into the locks.”

They quietly went away and returned at nine, having alerted the press. “We performed the hex, and, what do you know, the doors wouldn’t open! They had to take them off the hinges.”

“We were outrageous, and deliberately witty and insouciant — but also deadly serious,” Morgan says. “Rather sweetly and firmly, we took matters into our own hands.”

“Sometimes humor will go where nothing else goes,” she added.

Another hex involved a Valentine’s Day protest at a bridal fair in Madison Square Garden. Dressed as witches or black-veiled brides, the group chanted protest slogans and songs and distributed anti-marriage leaflets with shopping bags labeled “SHOPLIFTING BAGS.” It was February, and it was freezing, so they handed out hot cocoa and coffees to the wide-eyed would-be brides who’d come to delight in taffeta and lace with their mothers. The young women were amused, until WITCH launched into phase two of the hex: releasing 100 white mice into the hall, sending the brides jumping onto tables and chairs, shrieking.

“Sometimes WITCH got a little carried away,” Morgan laughs.

Other zaps included sneaking into Playboy Clubs with purses heavy with Sakrete — a fast-drying, pourable concrete that they’d then dump in the toilets in the ladies’ room and flush, causing the pipes to flood. Covens in DC hexed the inauguration of Richard Nixon; women at the University of Chicago hexed the chairman of the sociology department for firing a popular female professor.

There were individual actions as well. If a man hassled a member as she walked by a construction site, she had a response: stop, turn, raise a hand, and motion her fingers in the form of scissors cutting — as if to say, “Snip snip.” “And, my God, you would see them turn away and close their legs,” Morgan says.

The WITCH actions didn’t last much longer than a few years (and no punishments that I know of were meted out for these pranks), but there are still covens going strong. Just a few months ago, Morgan received an email from a group of women in Latvia asking if they could start a chapter. “I wrote back and said, ‘You don’t need permission.'”

“If you can make good trouble, make mischief, and have fun doing it, who wouldn’t want to do that?”

From the WITCH Manifesta:

“WITCH is an all-woman Everything …

WITCH lives and laughs in every woman.

She is the free part of each of us, beneath the shy smiles, the acquiescence to absurd male domination, the makeup or flesh suffocating clothes our sick society demands.

There is no ‘joining’ WITCH

If you are a woman and dare to look within yourself, you are a WITCH.

You make your own rules.”

_Jessica Bennett is a contributing writer at the_ New York Times _and the author of_ (2)_, out this week. She would like to stage a hex on Donald Trump_.