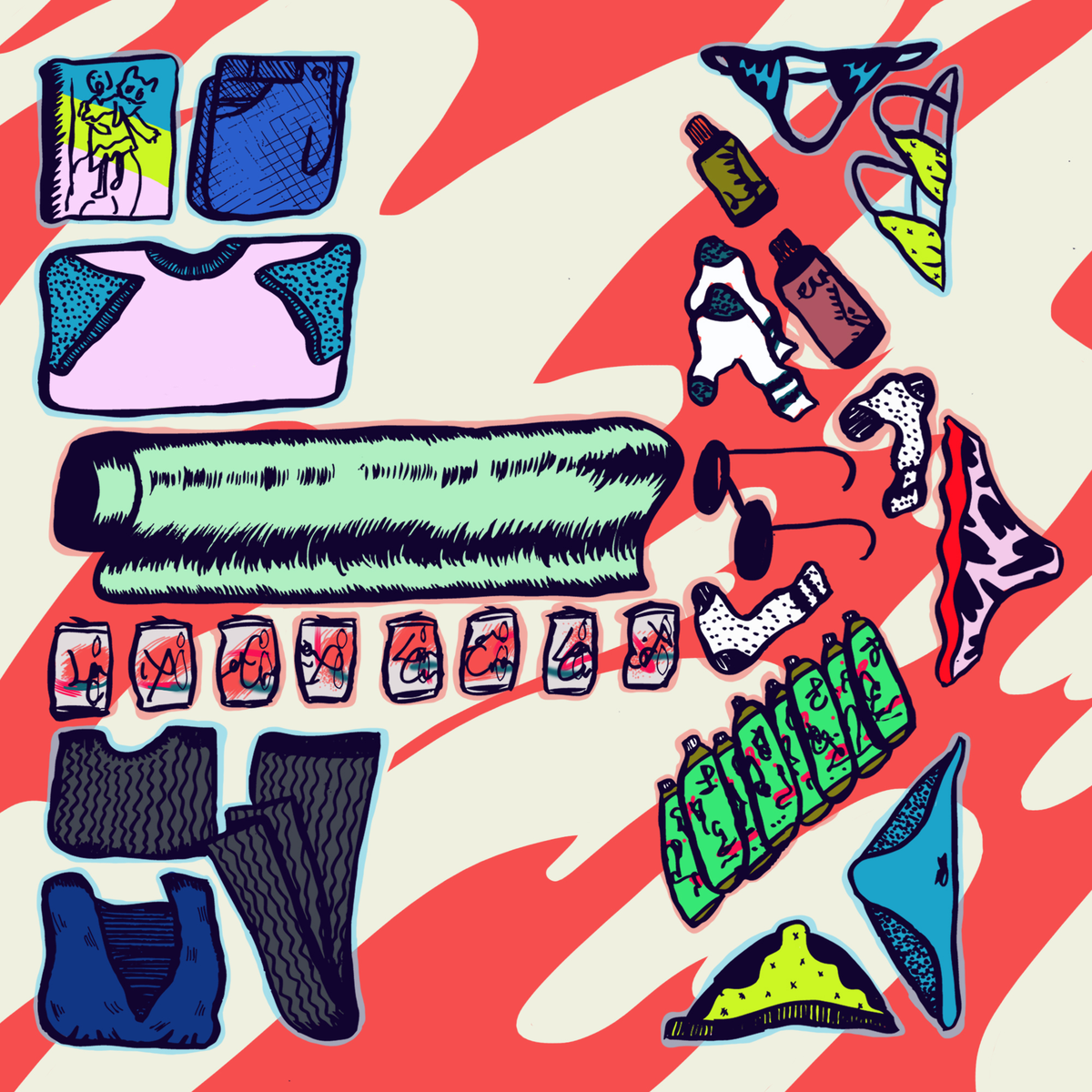 Historically, I have not been the greatest packer. Unlike my _Girls_ cast mate Allison Williams, who makes a checklist days in advance that even mentions such obvious necessities as toothpaste, I have never once gotten to where I was going with everything I needed.

I am the woman who went to a Mexican beach with five bikini tops and no bottoms (plus a pair of prairie boots).

I am the woman who returned to my Midwestern college in the dead of winter with no pants, tights, or underwear and had to go to a lecture in a wool skirt and knee socks, commando.

I forgot to pack my bridesmaid’s dress for a wedding, my cardigan for the holy city of Jerusalem, and my high heels for the Grammys. I’ve had to find pharmacies in which to refill my psychiatric medication in cities around the globe. I’ve left books half-finished in a Hindu temple in Jaipur (I wasn’t reading IN the temple, I just need a book for peace of mind) and a trailer park in Barstow, California.

So, today, as I head to the Democratic National Convention to speak with my friend America Ferrera in support of our girl Hillary Clinton, my packing anxiety is reaching new heights as it mingles with impostor syndrome, fear of public failure, and the thrum of constant dread about our nation’s future should we not get this woman elected. But the most illogical of fears is that my terrible packing will expose me, finally, as a dumb celebutante who doesn’t know enough about the Keystone pipeline to be here.

My more grounded self reminds me that, outside of my art, my passions are politics and the future of this country, specifically for women and the people who love them, and I have worked hard to be able to share the stage with America tonight. That said, the part of me that once packed three fur hats and exactly zero coats for winter in Berlin is sure some missing element (4)?) is making me feel like Elle Woods did before she proved her genius with the “Endorphins make people happy” realization.

So, in the spirit of Allison (and in the spirit of Secretary Clinton herself, who I believe MUST BE a fastidious packer with laser-sharp focus and a zesty enthusiasm for proper folding methods), I have made a list of my own that will get me through my day in Philly with style, grace, and some measure of Zen.

— Three outfits. (One for roaming the convention floor, one for an afternoon event with America and Chelsea Clinton, and one for the big speech. America and I consulted on our dresses to ensure proper coordination, so we don’t come out looking like two Spice Girls who aren’t on speaking terms. I was very tempted to wear the same one as Melania and say, “She stole a speech, so I stole her dress,” but I will refrain.)

— Yoga mat (for stretching and/or planking).

— Eucalyptus and lavender oil (2), who insists they can summon alertness and relaxation respectively, and who has been known to play “Trap Queen” during Shavasana).

— (3) _,_ by Stevie Smith (it’s very calming to read verse, even if it vaguely hints at mental-health crises and general feminine lost-ness).

— Black two-piece spandex outfit by Jess Oberlin (pajama-ish enough for napping while in transit, but sensual enough that I’ll feel good getting off the bus in it or flipping the bird at a Trump sign).

— Two pairs sunglasses (besides the speech, my primary mission at the DNC is not to lose any more sunglasses).

— Underwear (I’ll believe this when I see it; this would be a new level of respectable adulthood I may not be ready to achieve).

— Socks with Hillary’s face on them. (Purchased for me by my boyfriend online. It was one of the most oddly considerate acts I’ve ever been on the receiving end of. Did I need them? No. Did I want them? Like, totally, but who knew? Are they polyester? Definitely!)

Wish me luck, my Lennys!