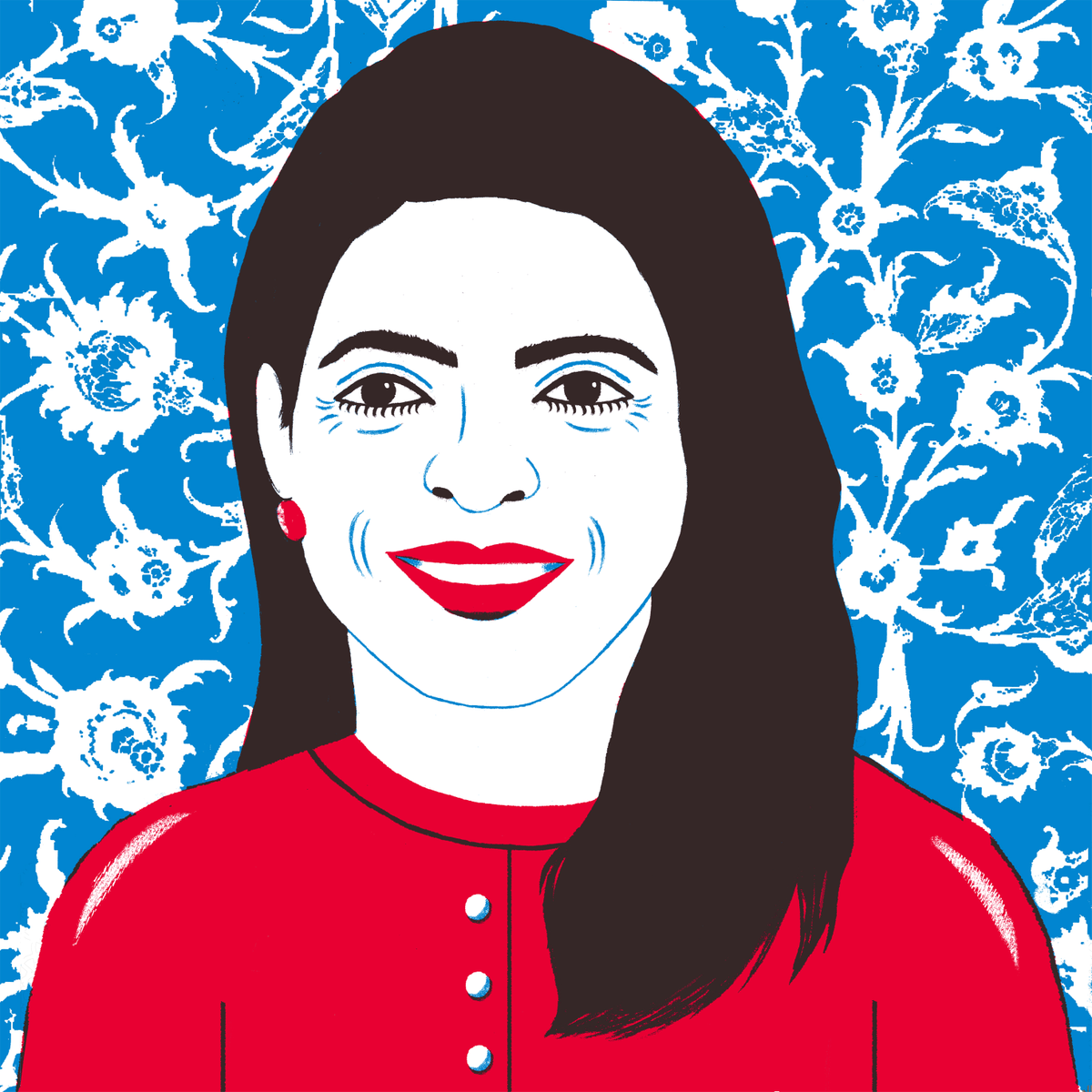 During this nightmarish election season it’s hard to imagine, but politicians of all stripes used to celebrate immigrants coming to this country. Even (3), a man worshiped by conservatives, did: “Call it mysticism, if you will, but I have always believed there was some divine providence that placed this great land here … to be found by a special kind of people from every corner of the world, who had a special love for freedom and special courage that enabled them to leave their own land, leave their friends and their countrymen, and come to this new and strange land.”

Flash-forward to 2016, and the standard-bearer for Reagan’s party has turned immigrant status into a dangerous weapon, calling undocumented Mexicans “rapists” and advocating for a ban on Muslims entering the United States. Donald Trump’s rise — and his threatening behavior toward marginalized communities — has made the voices of immigrants more important than ever to our political discourse.

Anna Kaplan is a Jewish Iranian immigrant who has been living in America for 37 years. She’s a town councilwoman in Long Island, New York, in the midst of a tough five-way Democratic primary to determine who will face the Republican candidate, Jack Martins, in November, when voters will decide who they want to represent New York’s third congressional district. Her primary is June 28, but Kaplan made some time to sit down with us and discuss her candidacy, her life story, and why she wants to be a voice for all immigrants in Congress.

**Marin Cogan:** What do you remember of your life in Iran?

**Anna Kaplan:** I was born in a small city called Tabriz, which is near the border of Iran and Turkey. We moved to Tehran when I was about five years old.

For the most part, I think Iranian people are wonderful people, but there was anti-Semitism. We didn’t advertise that we were Jews. Once, my mother took me to a supermarket, and I saw the owner turn around and say to a woman, “Don’t touch the fruit. Tell me what you want and I’ll put it in a bag for you.” I didn’t understand.

Afterward I asked my mom why he had done that, and she told me that the shopkeeper knew the customer was Jewish. He didn’t mind selling to her, but he didn’t want her to touch the merchandise. That was a very eye-opening experience. Obviously it made an impression, because I still remember it so many years later. I’m truly honored and privileged to be living in this great country where we all have the same rights and the same freedoms.

**MC:** I’m guessing you probably haven’t had an opportunity to go back. But would you ever want to?

**AK:** Since I came here seeking political asylum, I cannot go back as long as this regime is in power. I would love to go and visit my family, but definitely not right now.

**MC:** Why did you get involved in public service?

**AK:** I’ve gotten involved for many reasons. In Iran, as Iranian Jews, we never got involved politically, because of persecution and threats. We didn’t have a voice.

I’m not a very public person; I’m very private and traditional. But I see that as elected officials, we make really a huge difference in people’s lives, people who don’t have a voice. Children, veterans, seniors. Every time I’ve been helpful, it has made me feel good about what I do. I’m blessed to be able to do something for someone else. I think the joy of giving is sometimes so much greater than receiving.

**MC:** Now that you’re running for Congress, what is it that you’re fighting for? What are the issues that really animate you in this campaign?

**MC:** We just witnessed another really horrific mass shooting in America last week, the deadliest mass shooting in our history. What can we do to prevent these types of atrocities from happening in the future?

**AK:** It really is a devastating time for all of us. As a mother, as a human being, my heart goes out to every single family that has lost a family member. My heart goes out to the whole LGBT community. I hope that everyone comes out in solidarity with them.

I’m a big believer in tougher gun-control laws. I think we need to realize, as American citizens, that it’s not 50 years ago. We need to adjust with time, make purchasing guns tougher, and make sure that we have background checks. We need to do more to ensure the safety of our communities, our homes, and our children.

**MC:** How should the United States approach the Iranian regime?

**AK:** I was not for (1). As much as I love the Iranian people — I think they are good people, and a lot of them love America — the rhetoric that I was hearing was, “Death to America and death to Israel.” A lot of my residents and constituents wanted me to voice their opinion that this was not the best deal. Having said that, the deal was reached. We live in a democracy. I believe in moving forward. I’ve worked very hard to say, “Now that we have a deal, we need to make sure that every part of that agreement, every condition, is being met.”

**MC:** Is Donald Trump’s rhetoric about immigrants of concern to you?

**AK:** Absolutely. If Donald Trump was in the White House and I was in Iran, and I wanted to come here, I might not be able to. I am so grateful for this country for opening its arms to me because we feared persecution for our religion. When we start excluding certain groups, I think it’s a very wrong path. It’s very un-American.

**MC:** What does Hillary Clinton’s presumed nomination — the first female presidential nominee of a major American political party — mean to you?

**AK:** It is a huge, huge victory for a lot of women. I think, as women, we bring a very different voice. I don’t have anything against men, but we look at things very differently and we solve issues differently than men do. As over 50 percent of the citizens, we need to have a voice. The fact that there’s only 17 percent women in Congress in 2016 in the United States means a lot of people are not being heard. In my own race, as the only woman, the only refugee, and the only immigrant, I bring a voice that none of the other candidates bring.

**MC:** What message would you give to people immigrating to America now?

**AK:** I would like everyone to know that we’re all immigrants, whether we are first generation or third generation. We are the tapestry of America. We are what makes America so special. We come from all over, with our own traditions, our own food, our own way, and to include that in this country and be part of this is a great honor. We are the reason why we are who we are. I would like every immigrant to know that in me, they will have a voice. I will make sure there is always a seat for them at the table and that they will be heard. The things that are important to them are the things I will work hardest on.

Truly this country is great because of all people coming from all over and trying to achieve their goals and dreams, putting their best foot forward. I hope in return, when they succeed and make their dreams come true, that they give back to this country, because that’s what it’s all about.

*Marin Cogan is a writer for* New York *Magazine. She writes the Mariner, a weekly newsletter rounding up her favorite articles, songs, and recipes. You can subscribe* (2).