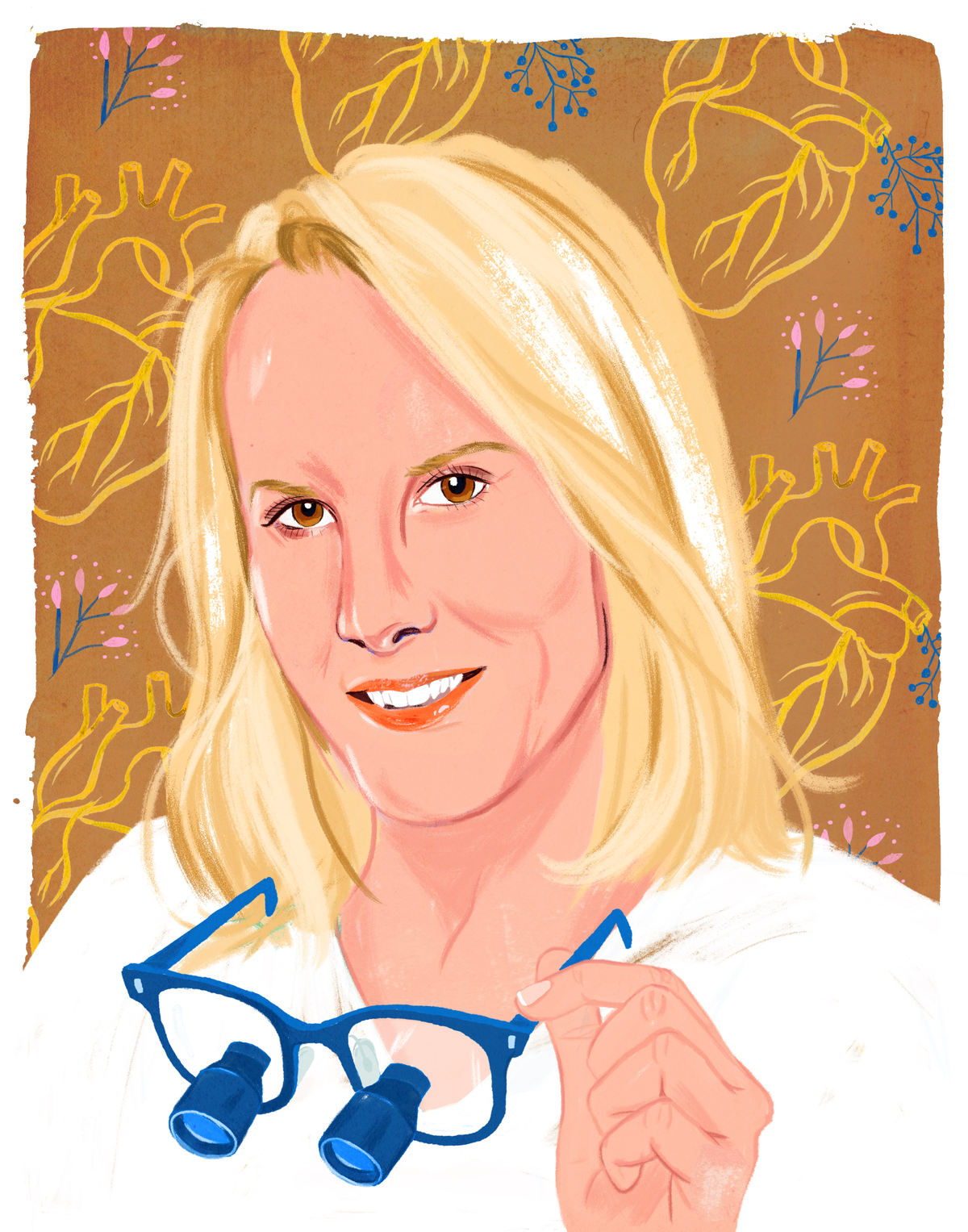 ​Dr. Kathy Magliato uses the word *ice* in a way I’ve never heard before: to describe her mind-set when she steps into the operating room to perform cardiac surgery. What she means is that she’s utterly composed, confident, and impervious. Dr. Magliato has developed this poise through her years of training to join a field that is extremely male dominated. According to recent findings, (1), despite the fact that nearly half of all medical-school graduates are female.

Lenny spoke to Dr. Magliato, who is also the author of the memoir (2) and the inspiration for NBC’s new medical drama *Heartbeat*, about how working in a nursing home as a teenager inspired her to become a doctor, why she chose cardiac surgery as a specialty, and what it was like the first time she ever led a team of doctors and nurses in the OR.

**Jessica Grose:** Were you always interested in medicine as a career path? Was it something your family encouraged?

I have three younger brothers. I have an older sister, but she was four years older than I am. My brothers and I are all about a year and a half apart, so we were really tight. I grew up learning how to play well in a sandbox filled with men. I really am grateful to my brothers for teaching me not just how to play with men, but how to work and speak with men.

My dad insisted that we have jobs, so as soon as we could get working permits I got a job as a janitor in a nursing home in my hometown. That was really the first time I’d ever seen anything close to health care or medical care. It’s an amazing thing to go from somebody who’s cleaning toilets to inspired to be a doctor, but you just never know where inspiration comes from.

The nurses knew that I was interested in science, and so whenever a doctor came to see one of the residents in the first floor, who were the sickest residents, I would make sure I was in the room cleaning the bathroom or sweeping or mopping the floor so I could see what the doctors did.

**KM:** The inspiration to be a cardiac surgeon honestly was: the more people told me I couldn’t do it, the more I wanted to do it. And going through my training, I was pretty much talked out of doing any of the male-dominated professions like cardiac. Everybody said, “Oh, you’re a cute little blonde girl, you should do pediatric surgery or plastic surgery.” One guy told me that I looked like a Barbie doll, so I should go into plastics.

I also fell in love with the human heart in a singular moment. I was an intern, so I was young. I was told on day one that my job was to just stay out of everyone’s way and not kill anybody, and if I did those two things that I could make it through my first year. So the last thing I wanted was to be in surgery with a cardiac surgeon operating on a patient with a hole in their heart and blood gushing up.

But I was put in that situation. I stepped into the operating room and the surgeon yells out, “Get some gloves on and get up here,” and I thought, *Up where? Where all the blood is shooting up? Because, God, I’m going to get in everyone’s way, and I’m going to kill somebody.*

But I found the courage and I put on gloves. I’ve got these huge hands. I can hold down 13 keys on a piano. That’s exactly what this guy needed — for an intern to reach in there and hold the heart. That’s what he told me: “Reach in there and hold that heart.” So I did, and that was it. The minute, I’m telling you, I’m holding a beating heart, and this is it. I’m done. I knew exactly what I want to do the rest of my life.

**JG:** Can you describe what it’s like to perform an open-heart surgery? How many people are you leading?

**KM:** I call the operating room “the Time Vortex,” because you stand and look in an incision that’s no greater than the distance from the tip of my thumb to the tip of my pinkie, and you’re literally bent over that incision for 8 to 10 to 12 to 15 hours without picking your head up. It is an amazing thing to have that kind of stellar focus.

If you’re the lead surgeon, you’re usually standing to the patient’s right side, and you’re right at the level of their chest. Opposite you is an assisting surgeon, who is one of the most important people in the room. And we always say, you’re only as good as the guy opposite you. That’s because the person opposite you technically has to be as proficient, if not better, for the surgery to be successful. Then to your left is the anesthesiologist, who’s managing the patient’s vital signs and anesthesia. Behind me is a perfusionist, who runs the heart-lung machine. He’s probably the most important person in the room. I say *he* because all these people are men. So he’s behind me running the heart-lung machine, which stabilizes blood flow and keeps the heart at rest during the surgery. Coming on and off that machine are the two most critical times in the operation.

To my right is my scrub nurse, who is handing me instruments and suture. Opposite her is usually someone assisting her, and then within the room are several circulating nurses. They run in and out of the room getting equipment and things that we need that aren’t stored in the operating room.

But imagine having your head down, staring into this wound, and speaking to the person opposite you, the guy in the left, the woman on the right, the person behind you all the time. It’s sort of like a cockpit, and you are at the center of all of that communication, and your communication is done without looking up. I know on TV doctors look up a lot, but in the operating room we look down and communicate to each other.

**JG:** What was it like the first time you were a lead surgeon? Did you feel confident in commanding the room?

**KM:** The first time I had to earn it. Now that I look back at it, some of the most difficult times of my career were when I was training as a heart surgeon. They wouldn’t let me be the lead surgeon for a long time. It was upsetting because all of my male colleagues, all the people that were training with me, they got to be lead surgeons ahead of me, and that was difficult. But I know now what they were doing is they were testing me, and they were testing to see whether or not I would give up.

The surgeons that were training me were trying to make me tough, impervious, and ice, and those three things are absolutely critical in an operating room. When it was time for me to lead, I called for a scalpel, I made an incision, and I never looked back. I just kept moving. I was thrilled, I was scared, I was breathless, I was contained, but mostly I was deeply, deeply honored. For a surgeon to be at the lead side of the table was a huge moment for me, and for me it was an honor that I will never forget.

There’s no room for a lack of confidence in an operating room. You know why? Because people die. Patients don’t die because we make technical errors. Patients die because we lose our composure in a setting in which there is stress, and so I learned to become ice under pressure. Again, the surgeons who trained me made me so tough. In fact, the first day that I showed up, one of the surgeons said to me, he said, “Listen, you’re going to need to be twice as good to get half the credit because you’re a woman. So my job is to make you twice as good,” and that’s what he did. He made me twice as good, but let me tell you, it took a lot of grueling training to be twice as good.