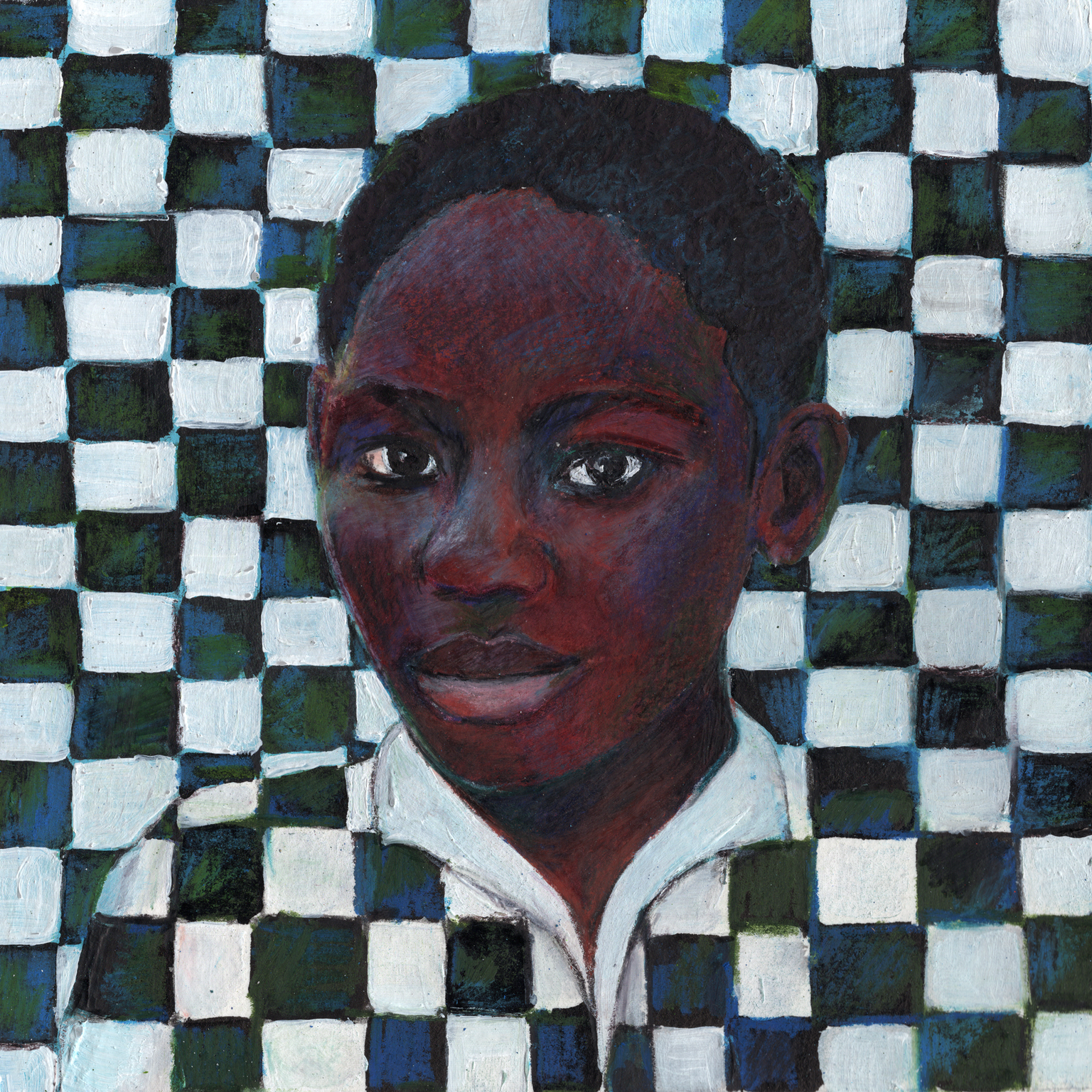 The Queen of Katwe _is Madina Nalwanga’s debut film. The sixteen-year-old Ugandan was discovered at a dance studio where she was a performer and tapped to play Phiona Mutesi, a real-life chess prodigy who rose up from poverty to become a national champion. Madina and Phiona both grew up poor in Uganda’s capital city, Kampala, and they both sold corn on the streets to support their families. Lupita Nyong’o, who plays Phiona’s mother in_ The Queen of Katwe, _spoke to Madina about her first experiences in front of the camera, what she learned from costar David Oyelowo (who plays Phiona’s chess coach and mentor), and how she drew on her own experiences for the film._

**Lupita Nyong’o:** What was going through your head as you were watching the movie for the first time at the Toronto Film Festival? Were there particular scenes you liked?

**Madina Nalwanga:** Very many things were going through my head. There is this scene that we did and I called you, “Mum, oh mama,” and you just replied and said, “Yes?” It just made me remember those days with my mum before leaving her, like it was really nice for me to hear you answering me back as a mum. It touched me so much.

**LN:** It’s amazing how that has happened, that you call me mama and I actually respond, even now, one and a half years after we filmed this movie. Can you tell me about when you left your mum and why?

**MN:** OK. My mum knew that I had a dream of becoming a dancer, because one day these dancers came to our home to perform. When I saw them dancing I also tried what they were doing, then my mum saw me. When they left I told her, “I really like this.”

I was about four. I could see my neighbor leaving her house every evening, and when I followed her she went to a dance school. I also entered. I saw people dancing. I was very happy. So she found me sitting on the veranda, and she told me, “Who brought you here? Go back home.” That’s how Brother Mark found me, and he told her, “No, leave her.”

The next day Brother Mark came to my mother’s home, they talked. My mum told Brother Mark, “You know, she really likes dancing, and I don’t know what I can do. I have to make sure that she goes to school, but she has to sell corn, because the money that comes from that maize, I can use that money to pay school fees.”

Brother Mark told my mum, “It is fine. At the center we pay school fees for everyone as long as they participate.” That’s when I started staying at the dance center. That’s how I left my mum, and she was happy, because she wanted me to pursue my dream and she wanted me to go to school too. But I still see her.

**LN:** They found you for _Queen of Katwe_ at the dance center, right?

**MN:** Yeah. They were looking for dancers, and we performed for them. They gave me a line to say, and I said it for them: “Mama, how does a city person get to have a house?” The next day they called me to one of the biggest hotels in Uganda. I had to go through workshops, some outfits, everything. I really had to work hard for that. It was like three weeks. I wasn’t actually used to the cameras; it was my first time.

One day I went back to the hotel again. It was quiet, very quiet, and I entered one room; everyone was congratulating me: “Congratulations, congratulations.” I asked them, “Why?” They told me, “You have the part: you’re going to play Phiona.”

It was so amazing for me because when they told me more about Phiona, I felt like this is my story. They told me she used to sell maize, just like me. I went back home happy and told my friends about it.

**LN:** You had so many intense emotional moments in the film. How did you get into character as a first-time actress?

**MN:** At one point, I lost my game, then it was hard for me to get into character because I had to cry so much. David held me, and then he told me, “Just remember every sad moment that you’ve ever had in your life. Just think of that. Everything will come on its own.” I said, “OK.” I had to call my mum, so calling Mum and thinking of every sad moment I’ve ever had in my life, it made me come into that character. It was really hard for me to do that, but eventually I did it.

**MN:** I will say yes, because before I know how it feels, and because my big brother, he also had a small problem. He was running and he passed through wires.

**MN:** Yeah. Then he got a very huge cut just here, and he was crying so much. He was in a lot of pain, and I saw that, and I remembered that, and it made me like … how can I say it? I think it helped me to also manage that eviction scene.

**MN:** I remember very many things. Have I ever told you that I also got in an accident?

**MN:** I was young, and I was following my brother on the way to the mosque. Do you know what is bad? I was wearing a nightie and a wrap on my head.

**LN:** You liked to follow people when you were younger, eh?

**MN:** I didn’t know where exactly the mosque was. When I followed them I had to cross the road. It was Friday. I went forward, the car went forward, I went back, it went back, for five times. The fifth time it knocked me. That person who knocked me, that man, he was going to Mecca, and he didn’t go that day.

**MN:** When the car knocked me, that’s when I stopped seeing or thinking. I just collapsed, then they took me to the hospital. When I came back to my normal senses, they were asking me questions: “Where do you live, what is the name of your father? Your mother? Do you know where you are?” I told them, “I know where I am. I’m in the mosque.”

**MN:** Yeah. I was fine. I think I spent one month in the hospital because it was really bad. I had huge cuts on my head and my eye was out.

**LN:** My goodness, you could never tell. They treated you very well because you cannot tell. Your hair grew back completely; your eye looks normal.

**MN:** When I also remembered about that, me being knocked, that also helped me to enter into my character, Phiona. The good thing about the movie is, it’s going to teach young people that not every big thing has to come from something big. All big things come from small things, and small people. You don’t have to put a lot of pressure on it if you want to pursue your dreams, but you just have to go slowly and accept setbacks. I think that’s how Phiona became a Grand Master.