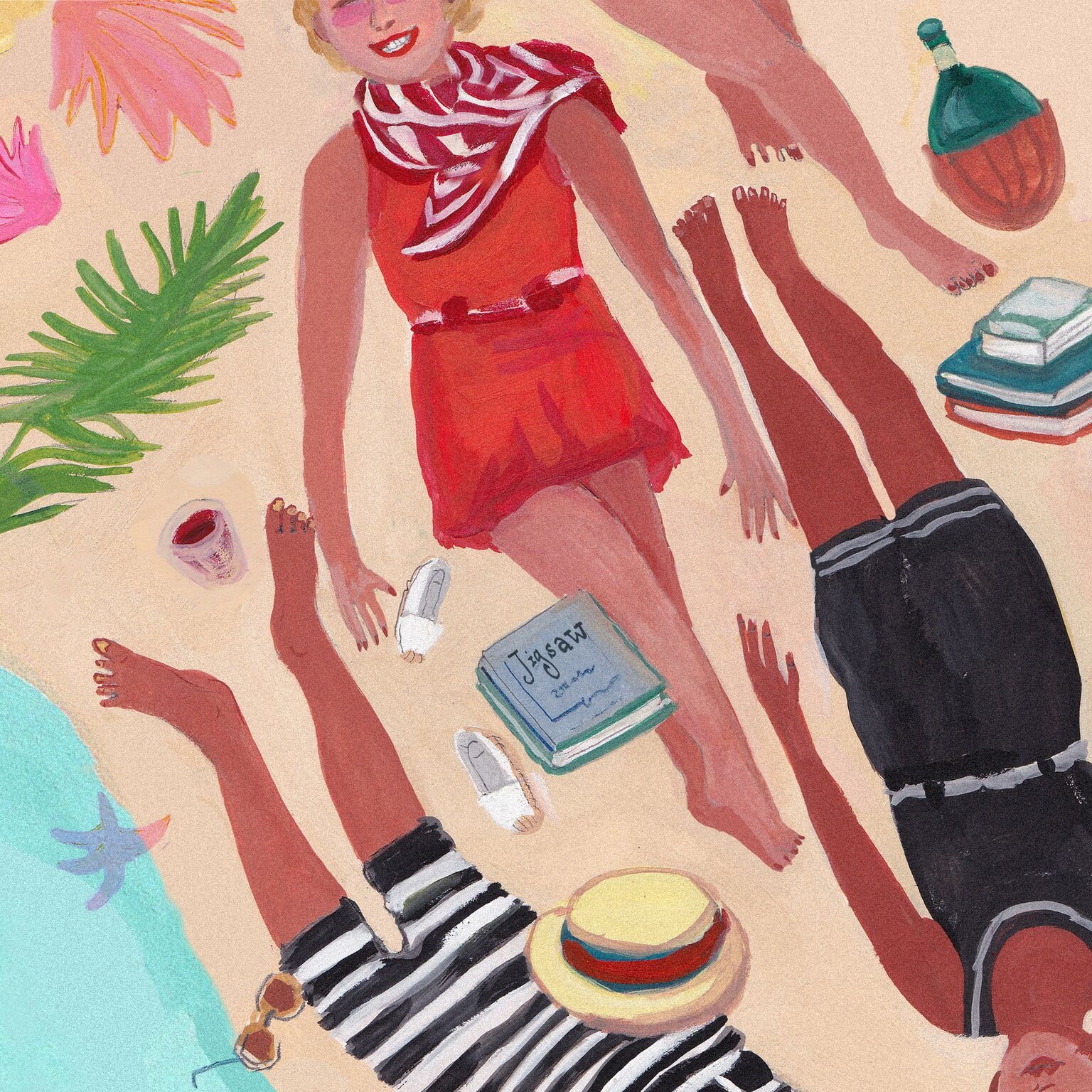 Half a lifetime ago, on holiday in the south of France, my new boyfriend gave me Sybille Bedford’s “biographical novel” _ (1)_ to read. Much of the book is set in the French Riviera of the 1920s, a generation earlier than the Hemingway/Fitzgerald/Murphy iteration. The pages seem to exude the scent of pine trees and the chic of the early Riviera adopters in their sailor trousers and chalk-white espadrilles. I loved it at once, quite inordinately, and it has held a permanent position on my desert-island-books list. It is a reliable litmus test for friendship, an immediate shortcut with other Bedford devotees, and the perfect present for the carefully chosen uninitiated.

As a well-structured novel, _Jigsaw_ falls at the first hurdle and deliciously proves that the best books can break all the rules. Subtitled _An Unsentimental Education,_ it is the story of Bedford’s first twenty years, which go roughly as follows: the only child of an elderly father and his much younger bride, Sybille (or Billi, as she is called) spends her early childhood in the ruined gothic splendor of a German castle, living in genteel poverty with her father and an old retainer.

Her beautiful, love-crazed mother has long since fled for a series of amorous adventures. Heirlooms are periodically sold in order to keep the castle’s occupants fed, and Billi has no formal education. The library, wine cellar, and a dusty roulette wheel provide her only instruction. Eventually her mother sends for Billi, who is dispatched at age ten to Italy to meet the latest fiancé, a wealthy older man. By the time Billi arrives, the silver suitor has been supplanted by Alessandro, fifteen years her mother’s junior. The lovers go on the run, leaving Billi at her mother’s hotel in the care of Doris, a teenager who is herself called away for a film test.

Alone in the hotel, Billi adopts a lifestyle somewhere between _Eloise at the Plaza_ and _Death in Venice._ “Living in an hotel was a fascinating experience,” she writes gamely. Back in Germany, Billi’s father has been operated on for appendicitis and dies from an asthma attack; “I knew that he had been much afraid of death,” writes Bedford bluntly — we are not yet on page 50.

Billi is retrieved by her mother and Alessandro, and the next couple of sections describe how the mismatched threesome ricochet around Europe, beset with money troubles and the complications of Billi’s guardianship. Billi’s mother (never named in the book) casually sends her off to England to be educated in the care of a rackety couple she met once on a beach somewhere. Eventually, Alessandro and her mother marry and settle in France, while Billi finds herself a makeshift family in England with Toni and Rosie, German-refugee sisters, Toni’s kindly English husband, Jamie, and Rosie’s mysterious lover, known only as “the judge.”

> The pages seem to exude the scent of pine trees and the chic of the early Riviera adopters in their sailor trousers and chalk-white espadrilles.

Billi’s summers are spent in her mother’s ménage in Sanary Sur Mer; a sensual world of fêtes champêtres, vintage cars, vivid Mediterranean food, and late-night sorties to Toulon for the cinema and cassoulet on the harbor. She is befriended by a gallery of local characters. The painter Moïse Kisling appears, as does the _Brave New World_ author Aldous Huxley. Already Billi’s literary hero when they meet, Huxley encourages her nascent writing ambitions (“As soon as I could speak, I wanted to be a writer”).

But it is another couple, the wealthy, feckless, peerlessly glamorous Desmirails, or “heavenly twins,” swanning around in their matching French-worker clothes, who capture Billi’s heart as she moves out of spectator mode and takes her first faltering steps into the world of adult emotions.

So far, so picaresque. The story of the German sisters and their English men works brilliantly as a short story winched into the narrative jigsaw and provides a counterpoint to the French episodes. But Doris, the errant babysitter from Italy, reenters the picture with electrifying consequences, and this meandering, semi-fictional memoir changes gear with a cataclysmic final section before crashing into an abrupt and heart-stopping ending.

Bedford found her writing voice (which turned out to be English) and — thanks to “the judge” — she started attending the law courts and reported on some of the most important criminal trials of the day for, among others, _Life_ magazine. Her first book, _ (2)_, a timeless travel memoir published when she was 42, was followed by _Jigsaw_’s companion piece, _A Legacy_, the fictionalized background to her father’s Prussian ancestry. She wrote a couple of novels that drew on her childhood-abandonment trauma and a two-volume biography of Huxley, which was described by poet Stephen Spender as “one of the masterpieces of biography.”

Her output was idiosyncratic and erratic. She had her literary admirers — Bruce Chatwin described her as “one of the most dazzling practitioners of modern English prose” — but it took the publication of _Jigsaw_ in 1989 and its short-listing for that year’s Booker Prize to catapult her to a new level of recognition. By then, Bedford, at 78, was all but done with writing, although she lived another seventeen years, which gave us her memoir _ (3)_. In it, that childhood story is told yet again, but Bedford was now able to write a little more frankly about her friendships and love affairs.

I came to know her a bit in her last decade. I met her through her great friend the writer Elizabeth Jane Howard, and when Bedford’s agent died, our agency took over representing her. She was a seductive figure in her man’s striped shirts, cuff links, cravat, and green visor (she was partially blind by then), and she would whisper in the precise sibilant Germanic phrasings characteristic of her written sentences. She was kind, interested, unsentimental, courteously flirtatious, and morally stern; “self-deception,” she declared, “is an enemy of life, a spoiler.”

It felt like an immense privilege to accompany her to the eye hospital. She admitted to “dabbling in high cuisine.” No meal together could be attempted without very serious discussion of the accompanying wine. She was enjoying a passionate new love affair. All these pleasures lasted her up until days before her death at 94.

The man who introduced me to _Jigsaw_ has been my husband for more than a quarter of a century. Every summer, I buy myself a brand-new pair of chalk-white espadrilles.

_Felicity Rubinstein is a London based literary agent and bookseller._