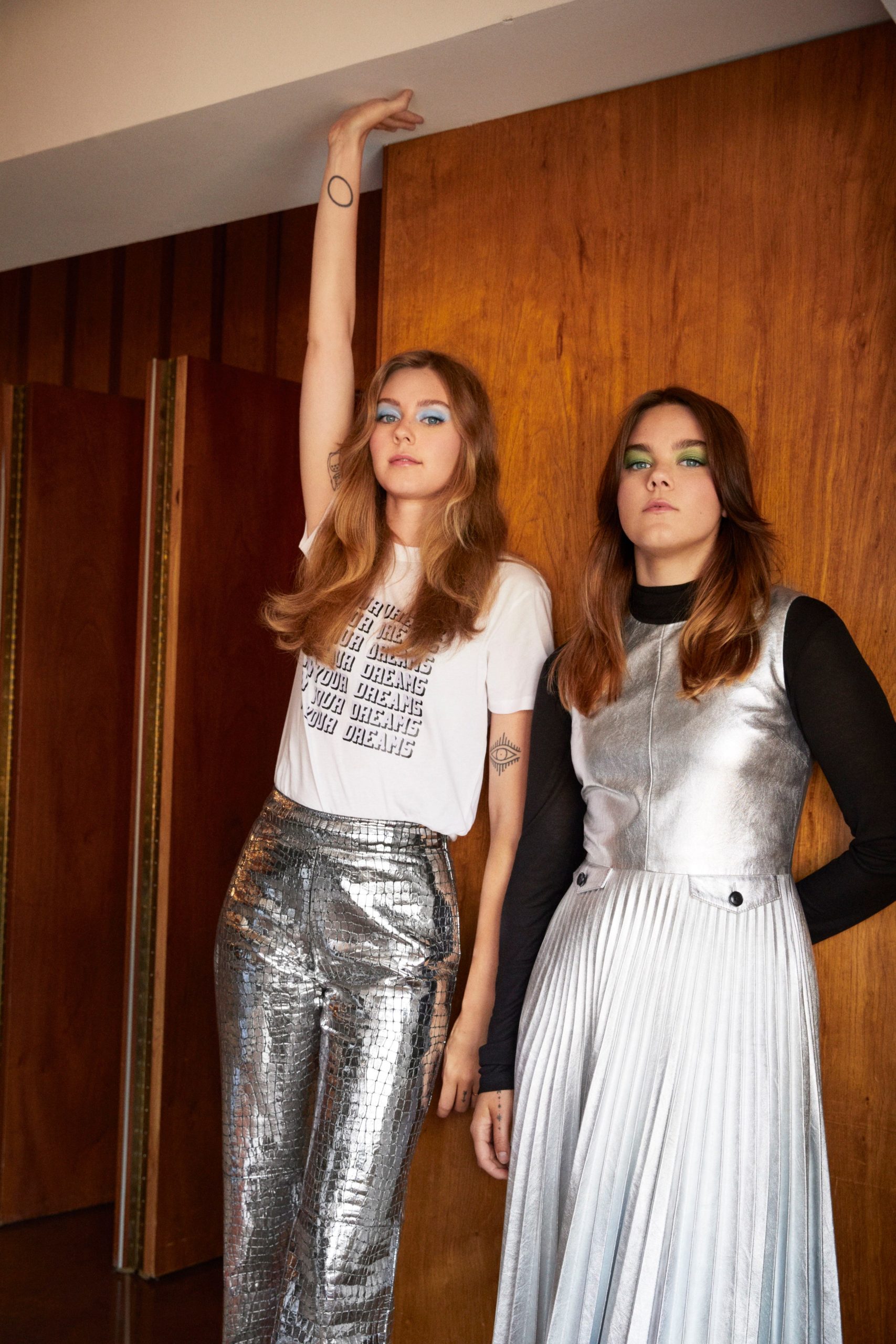 In December, I spoke over the phone with Klara and Johanna Söderberg, the sisters who make up the indie folk duo First Aid Kit; they were in Stockholm, the city where they were born and raised, and I was in my bedroom in Brooklyn. Distance was built into our exchange, and in this way, I was reminded of an ongoing theme from their latest album, *Ruins*, released on January 18. “It’s a phone call from some place far away,” they sing on “Hem of Her Dress,” a track that imagines a recent lover’s even more recent lover. Other songs on *Ruins* focus on the distance between people sending each other letters and postcards. Since the sisters’ musical debut in 2008, the ephemera of longing has often been a key detail in their songcraft

First Aid Kit have never made music that seems hedged by their birthplace (they sing without a trace of Swedish accents) and instead have adopted the sounds of Americana, riffing on routines established by musicians they either directly name or collaborate with. The clearest example of this is “Emmylou” (“I’ll be your Emmylou and I’ll be your June / If you’ll be my Gram and my Johnny too”), from 2012’s *The Lion’s Roar*, an album recorded with members of Bright Eyes. The song references, of course, the sisters’ folk forebear Emmylou Harris, her musical partner Gram Parsons, and June and Johnny Cash. With *Ruins*, the Stockholm duo carry forward a legacy of female musicians (including Harris) who’ve come to Los Angeles to write albums and have captured the city’s particular cocktail of sunshine and melancholy.

On 2014’s *Stay Gold*, First Aid Kit crafted songs that frequently sounded like finding shards of glass after a spill that’s been cleaned up, containing edge even in their polished state. Title track “Stay Gold” and lead single “My Silver Lining” were existentially panicked, barbed takes on growth. On *Ruins*, these edges are further refined: Rather than sharing a glut of personal details, the sisters etch out portraits of heartbreak as ubiquitous as the feeling of being a phone call away.

For Lenny Letter, I talked to First Aid Kit about the sisters’ songwriting styles, the tour (which kicks off in California), and how a hunger for love keeps them going.

__Thora Siemsen:__ How does being sisters contribute to a more intimate songwriting process?

__Johanna Söderberg:__ We’re very open about everything. We have pretty much no secrets. It’s been like that since we were kids. If we have an issue, our way of dealing with it is through talking. Klara and I have been writing stories and songs for so long. It’s a great thing to be able to share, to be able to understand each other.

__TS:__ What are some ways your California stay to write your latest album did and didn’t live up to your expectations?

__JS:__ We’ve always been drawn to Americana, especially from the ’60s and ’70s. We’re always romanticizing that era. I don’t really know why. I think maybe a sense of freedom, and a naïve. We can change the world kind of mind-set. I don’t think that exists anymore.

__Klara Söderberg:__ The kind of annoying part is wherever you go, you’re always bringing yourself there. In a lot of ways, we had this magical idea about what this trip was going to be like, because we planned it quite far in advance. We got there, and I was kind of mad. That definitely colored the experience quite a lot.

__JS:__ It’s difficult to be super-happy when it’s sunny and you feel like shit. It’s hard to balance that sunny, happy California vibe if you’re going through a depression.

__TS:__ What are you most looking forward to about going back on tour?

__JS:__ Well, thank you. I can’t wait to see you rock out on that electric guitar.

__TS:__ What is something you haven’t done yet in your career that you won’t stop until you do?

__JS:__ We have this idea that we want to crush the patriarchy. That’s the goal that we’re working toward. That’s a life goal. In terms of our career, we’ve accomplished so much already. So many of our dreams have come true.

__KS:__ Which is nuts! You play a TV show, a certain venue, and when you experience it yourself, even though it’s amazing, it’s like, What’s next?

__JS:__ I think really, it’s a hunger for love. It’s not really about fame and fortune. It’s about connection with other human beings. I think we’ll always have that hunger for love.

*Thora Siemsen is a New York–based writer and contributing editor. She has written for* Frieze, Lit Hub, OUT, Paper, Rolling Stone, Rookie, *and* The Creative Independent. *Find more work (1).*