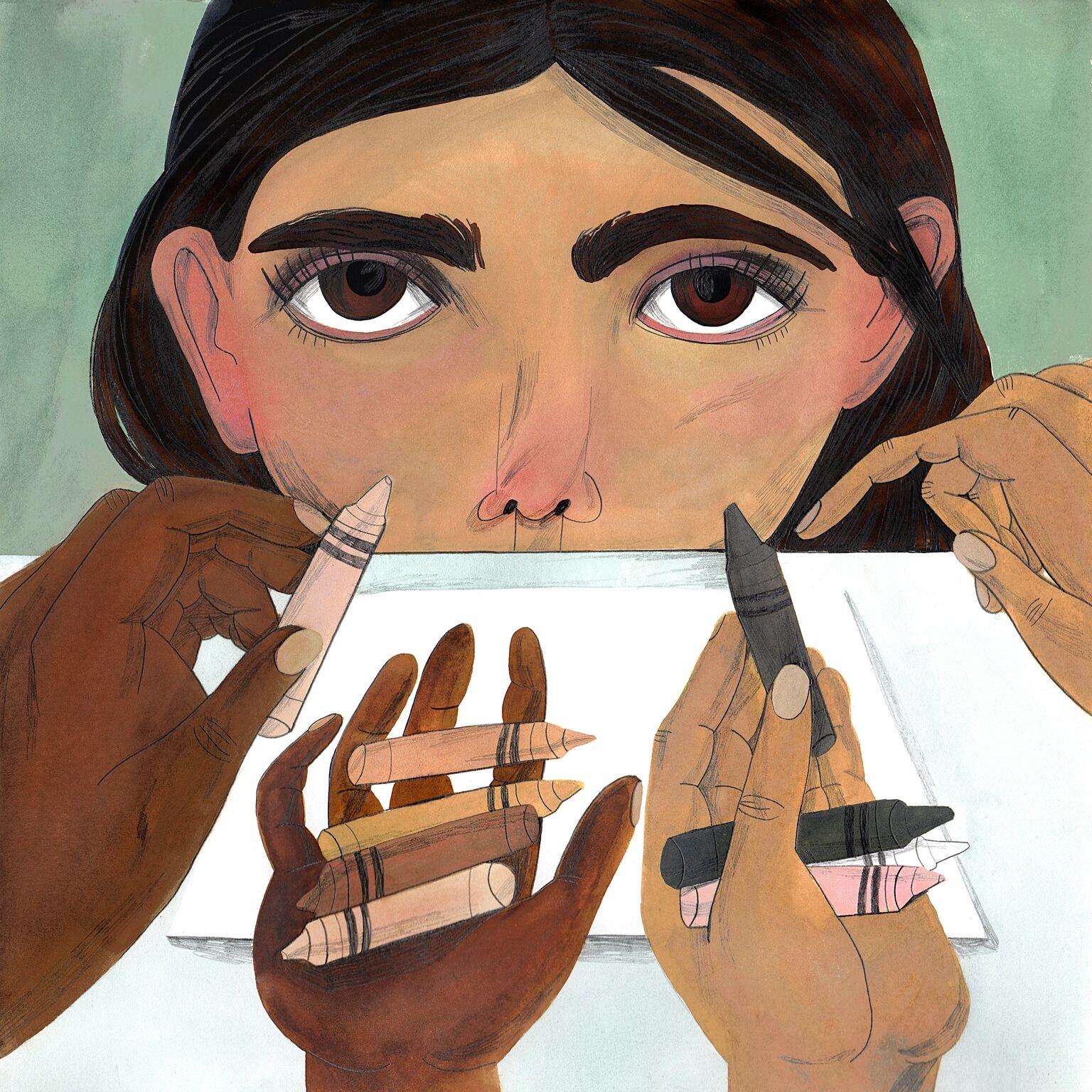 Biracial. Multiethnic. Half-Mexican, Half-black. Or is it half-African American? Depends on who you talk to. I am a first-generation Mexican American (that means I was born here in the United States) married to an African American (who happens to be a quarter–Native American).

Now, what does that make our three kids? Blessed. Or fraught with challenges. Again, depends on the audience. In this day and age, it can be as amazing as marking off the checkbox for diversity that Los Angeles private schools look for, or as awful as hearing other children chant “Build the wall” around your kids.

At the age of four, my parents moved my entire family across the border to Tijuana, Mexico. They wanted us five children to have the cultural experience of growing up in Mexico and attending school there. For my parents, being biliterate as well as bilingual was of the utmost importance. Maybe I was in a bubble growing up in Tijuana. Not only did I miss some of the subtleties of English grammar, I had difficulty identifying the dangling modifier and knowing where its correct place was. But believe it or not, I never really thought about things like “race” in America. I never considered the kinds of behavioral adjustments people needed to make, and continue to need to make today, to live in this society. For example, my husband would often point out to me that we were the only minorities in a restaurant when all I had managed to do was open the menu. Or how I never really considered that someone telling me that my husband and I were “well-spoken” was something other than a genuine compliment.

In Mexico, there isn’t as much diversity of race. Most people are Mexican, and the main point of stratification is socioeconomic. So you can imagine the surprise on my very Mexican Catholic mother’s face when she met my tall African American boyfriend I had met away at Stanford for the first time. I would love to say it was awe, but it was more like ” _Qué_ _hiciste?” (What did you do?)_

I thought this was as complicated as our relationship would get. Meshing my Mexican family with his strong matriarchal African American family. My husband’s grandmother grew up in Louisiana during the Jim Crow laws and would speak of it often to our children. Her form of oral history was one that we cherished. But I don’t think she agreed with my decision to speak only Spanish to our children instead of starting with English. But the culture that I see attached to Spanish is something my family cherishes. I may have respectfully disagreed with her and went ahead to speak only Spanish with my kids. They learned English after a week in preschool.

Once we figured that out, I thought: _The rest will be easy._

The rest. What a misnomer. Calling that “the rest.” Like, here is the universe, and we just need to exist in it. I quickly realized after having our first child that parenting is a nonstop active situation. Your kids are always observing, emulating, imitating, and becoming … just like you. Ergo, you want your kids to nap? You put them down at a certain time. You want them to say “thank you”? Then you better start thanking people. You want them to speak Spanish? *Empieza a hablar Español*. You want them to be tolerant, thoughtful, empathetic human beings? You cannot teach that. You must be that.

But there are situations now that we must prepare our kids for. Before the election, my husband told me he would need to have “the talk” with the kids about racial issues he wanted them to be prepared for. My husband wanted to have the talk as soon as possible, even though our kids are eight, six, and four. In his mind, it is important for our children to know that it is different growing up black in America at the earliest possible time so they can understand and be prepared for the first time they hear the N-word. He was only in third grade when a white schoolmate first used the N-word to bully him. He wanted them to know how they should act when they are stopped by the police for “driving while black,” which has happened to him.

I felt powerless. I wanted to rage at the other child who had said that to her. But then I remembered, _She is watching me always._ So instead, we had a conversation about why people say things like this. I explained it can be out of fear, misinformation, or sadly in some cases to bully others.

So now I know that it’s time for my kids to have the talk, and I need to add to my husband’s list of things to be prepared for: how to react when someone tells them to go back to Mexico, or to help build the wall, or asks them if they are legal or to stop speaking Mexican. It’s Spanish, I know, but a lot of people don’t. Speaking a second language is a gift that I am ecstatic I can share with our children, but when I have been asked to speak English because we are in America, I realize that in many instances, diversity is not celebrated but feared.

This world is far from perfect, and I am far from perfect. But as long as I am constantly trying to engage in meaningful conversation with my children and encourage them to do the same with others, especially those different from us, maybe, just maybe, a small ripple will become a wave.

_Elsa Collins is a social-impact consultant and a graduate of Stanford University and Columbia Law School._