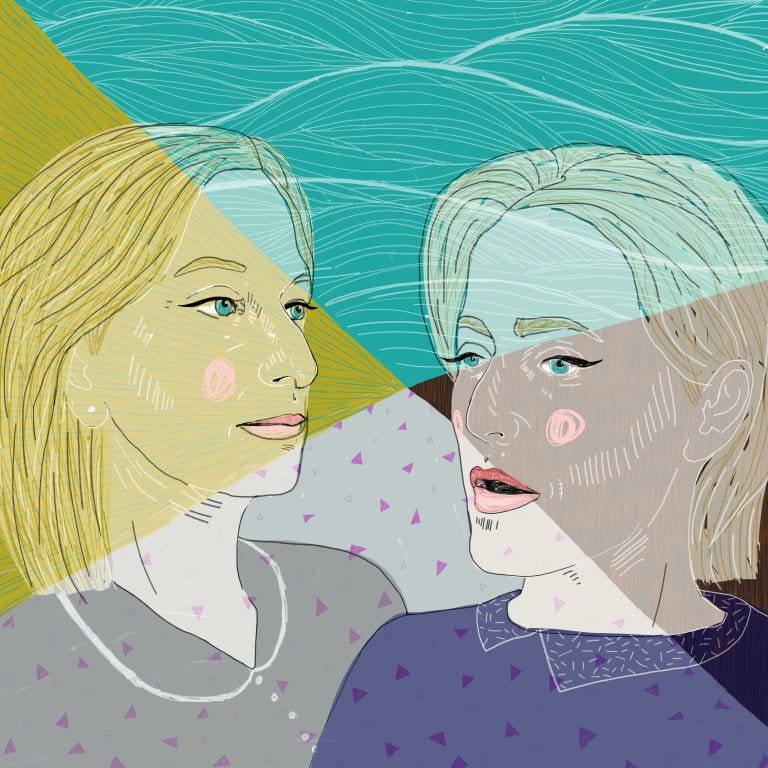 *Teenage rebellion, childbirth, shrinks, stress incontinence (which is a thing, apparently?): Actress Gillian Anderson and her best friend, journalist Jennifer Nadel, have experienced it all, and they’ve talked about it all, too. In their new book, * (1),* Gillian and Jennifer encourage readers to be transparent about their struggles. Here, the two have a conversation revealing the deepest truths about menopause — hot flashes, barely suppressed rage, and memory loss included.*

__Gillian Anderson:__ When did you first notice that you were showing signs of menopause or perimenopause?

__Jennifer Nadel:__ I didn’t know I was, which is why I’m so glad that we’re talking about this. Why didn’t anyone tell us, why didn’t we know, why didn’t someone say, “This is going to hit you like a freight train and affect every aspect of your life?”

For me, it started with really bad anxiety at 52 which kept me awake through the night. I’d never experienced anything like it. My doctor diagnosed it as anxiety, pure and simple. No one even thought to ask whether it could be menopause-related. I didn’t add two and two together until I was at a Goldsmiths University convention giving a paper when I found myself drenched in sweat. It was so weird. I thought, I must be ill — I had a sudden fever that had come on from nowhere. It was really embarrassing. It was only subsequently that I realized I’d had my first hot flash. Now that I know what they are, I feel quite proud of my hot flashes. I feel amazed that a body, my body, can generate so much heat. I think I could absolutely keep a city warm.

How did you first find out?

__GA:__ I remember, in California, I think, in my late 20s or early 30s, a naturopath I’d just started seeing looked at my blood work and said, “You’re showing signs of early menopause.” And I completely ignored her! I didn’t know what it was. It certainly wasn’t something my doctor had picked up on, and I didn’t look into it further.

And then two years ago — that’s twenty years later! — it was eight in the morning and I remember throwing my coat down on the floor in front of at least two of my children, and saying out loud, “This day sucks!” The day hadn’t even started, but there was something about my inability to handle anything that morning that alerted me to the fact that something was up. And as the day went on, I kept having to excuse myself from meetings and go into the bathroom to cry.

It was at the point that I felt like my life was falling apart around me that I started to ask what could be going on internally, and friends suggested it might be hormonal. I went to a menopause specialist who informed me that my levels of estrogen, testosterone, and progesterone were incredibly low. I then went to my gynecologist to get a second opinion. They said that I was perfectly fine based on the blood tests and that I absolutely wasn’t in perimenopause. One of the challenges we’ve found is that different doctors run different tests and look at different aspects of how the hormones present. Look at how many specialists I have seen about this. I’m incredibly privileged to be able to do so. But finding answers shouldn’t depend on having the means to consult numerous experts — it’s something every woman has a right to have with an informed practitioner.

__JN:__ Can you explain what perimenopause is?

__GA:__ Perimenopause, as I understand it, is a period of time that can last anywhere from a few years to even a decade before one’s period actually stops, before one actually goes into menopause proper. What happens is, over time our levels of estrogen start to deplete, and as a result we develop symptoms like anxiety, depression, mood swings, hot flashes, night sweats, fatigue, and find it harder and harder to cope with the normal routines of our lives.

__JN:__ Memory loss was a huge one for me. I thought that I was getting dementia. I would just go into my brain to try and pull a few facts off the shelf. I’d be halfway through a sentence and I simply couldn’t find them. And when that happens on a regular basis, it can get scary. You can stop wanting to engage in an argument or put your point across because you might forget what it is halfway through. I found myself becoming silent. I was losing my voice through fear of not being able to deliver in the way that I’d taken for granted all my life. Now I make myself speak, and if I forget or can’t locate the stats to back up my point, I tell the truth: “Sorry, it’s my menopause brain.” And when I own it out loud, the fear gets less, and I find other women start admitting it too.

__GA:__ I was used to being able to balance a lot of things, and all of a sudden I felt like I could handle nothing. I felt completely overwhelmed. When I talked to the menopause specialist, she said that she often gets phone calls from female CEOs screaming down the phone, “I need help now! I am losing my mind!”

And that’s completely right. I felt like somebody else had taken over my brain.

__JN:__ There’s also this weird shame. There’s almost a conspiracy of silence around it because obviously being menopausal isn’t quite the same as being hot and young and nubile and sexy. To say out loud “I’m menopausal” feels like saying “I have lost my femaleness,” which obviously isn’t true, but as a result so few of us are really openly talking about it. We’re both in the same book group, and the moment we discovered that everyone else in the group was also going through it, it was just heaven. Whenever women of a certain age gather together, it’s not men or careers they want to talk about, it’s menopause.

__GA:__ I was recently with a group of mothers. Different age bracket, late 30s to early to mid-40s. So many of them didn’t know what I was talking about when I said perimenopause, had never heard of it. Did not know that it was coming, had so many questions. Some of the women, when I described my symptoms, were having the same symptoms, but nobody in their lives had suggested that it might be related to their hormones.

When Angelina Jolie made the very, very courageous decision to have both her breasts and her ovaries removed because of genetically being at risk for breast and ovarian cancer, many of the comments (aside from admiration for her decision to go public with a very private matter) were around the concern that it might throw her into early menopause. Then she became vocal about being in menopause and pushed back against the narrative that aging is bad. It’s a step that more of us in the public eye need to take in order to shake the shame around it.

__JN:__ It’s kind of weird. I talk to older women who have been through it, and they can barely remember the details. It’s a bit like childbirth. They’re like, “Oh, yeah, I did that.” They can’t remember or give you the details, and yet when you’re in it, every single moment of it is so tricky. It’s not just the physical symptoms, the loss of memory, the loss of emotional perspective, or that feeling of having lost your emotional shock absorbers; it’s also a feeling of loss. When my period started to stop, suddenly I’m thinking, Oh my god, I don’t want you to go away. I don’t want you to stop. I still have a box of Tampax in my bathroom. I know that I’m not going to bleed again, but I just can’t bear to let go of what’s defined my life as a woman until this point. I know that I will come out the other side and barely be able to remember these details. But I just have to say, when you’re in it, you are really in it.

__GA:__ How wonderful would it be if we could get to a place where we are able to have these conversations openly and without shame. Admit, freely, that this is what’s going on. So we don’t feel like we’re going mad or insane or alone in any of the symptoms we are having. That our partners are informed and prepared so they don’t participate in the cycle of shame and can support us when we need it. That our medical practitioners are better equipped to test properly and advise and refer if necessary. Perimenopause and menopause should be treated as the rites of passage that they are. If not celebrated, then at least accepted and acknowledged and honored.

__JN:__ And not to judge it, because in all these moments, there is such an opportunity to judge or feel judged. Too old, past it, over the hill, all these horrible words that we have and expressions society has for women who are at or beyond this point in their lives and are not really complimentary. Phrases that can make us feel that if we’re not fertile, we’re sub-female. And we are so not. With this stage comes wisdom and a whole new era of sexiness where we are free and sorted and don’t have to worry about birth control. So, yeah, it’s up to all of us, really, to have the conversation out loud, so that we start to change the way we think about it and talk about it.

*Gillian Anderson is an award-winning film, television, and theater actor and a producer, writer, and activist. She currently lives in London with her daughter and two sons.
Jennifer Nadel is an award-winning broadcast journalist, qualified attorney, writer, and activist. American-born, she lives in London with her three sons.*