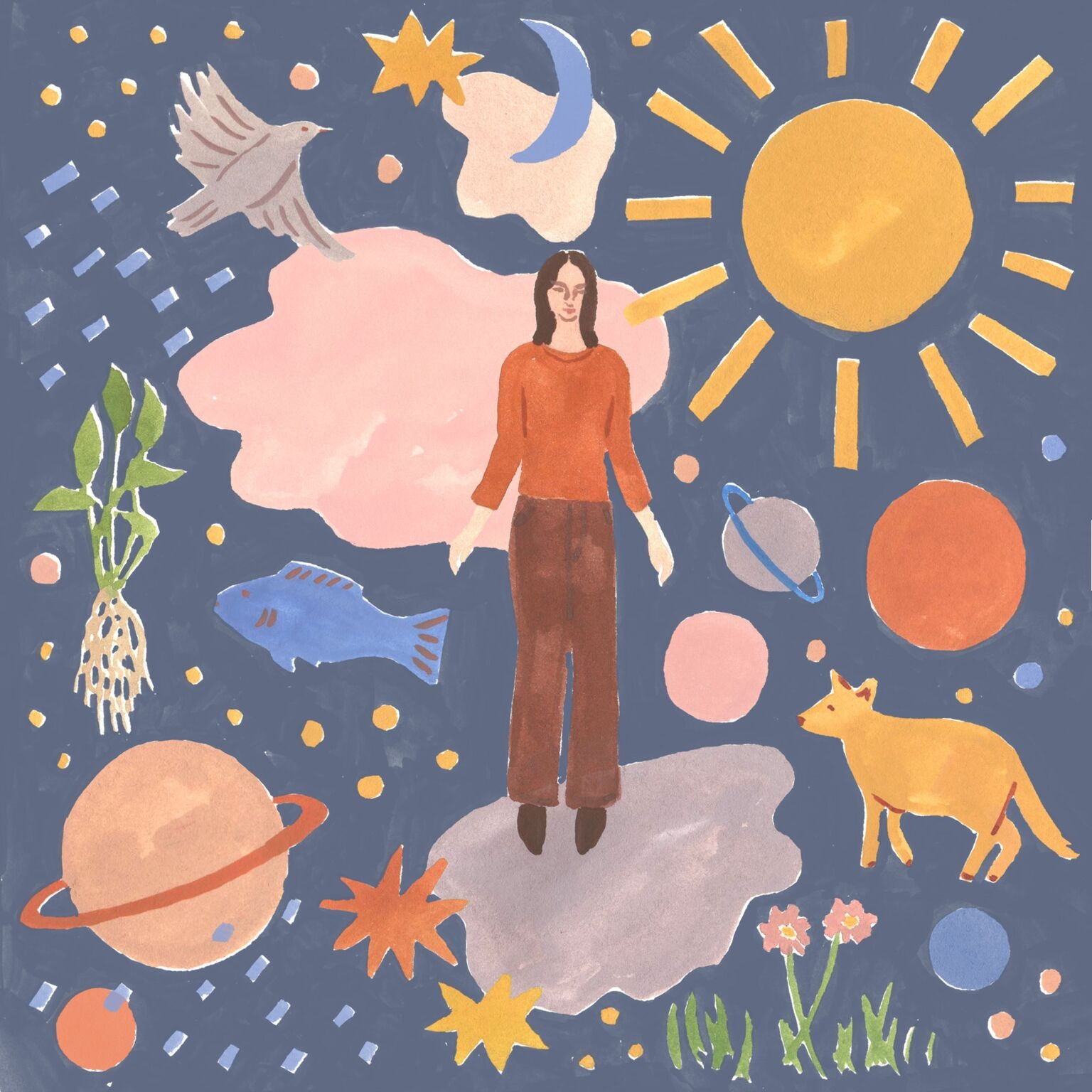 Twenty years ago, astronomers looking out into the corners of our galaxy first spied exoplanets, celestial bodies orbiting stars other than our own. That discovery suggested a tantalizing possibility: somewhere out there, other Earth-like planets could be spinning around other Sun-like stars. And if there _were_ another place in the universe that resembled our home, wouldn’t it make sense that it could also host ecosystems thrumming with action? In the search for life beyond our solar system, the most logical place to look is an environment that resembles the one we already know.

Until last summer, these assumptions were mostly hypothetical. But in August, researchers made the (6) that a rocky planet one-third larger than our Earth rotates around the small star Proxima Centauri at a safe enough distance for water to exist on its surface in liquid form. Just four and a half light-years away, Proxima B (as it’s being called) is one of our closest neighbors in this vast galaxy. (7), astronomers revealed that a large telescope in the Atacama Desert of Chile had spotted an entire solar system of planets that might be able to host life. Now we can focus our alien-hunting energy on these beguiling exoplanets.

Although scientists are still perfecting the technology that will tell us what exactly is happening on the surface of these planets, it’s pretty damn exciting that we live in a time where we might be getting close to answering a question that we’ve been asking ourselves for millennia: Are we alone in the universe? So I called up Sara Seager, a MacArthur “genius” grant–winning professor of planetary science and physics at MIT who has dedicated her career to finding habitable exoplanets. We talked about what the discoveries mean for the future of exploration, what it’s like to think about the heavens while managing the realities of life on Earth, and why she’s going to keep looking to the stars.

**Rose Lichter-Marck:** Why do you think it’s important to look for exoplanets that could host life beyond Earth?

**Sara Seager:** As humans, we want to know what’s out there. We want to know how we got here. How did our solar system come to be? How did our Earth form and evolve? How did life originate and evolve here? Most what drives me to search for another Earth is a basic curiosity about who we are in the cosmos.

Some people believe that we’re destroying our planet and that sometime in the future we’ll have to find another planet to live on. Mars isn’t too hospitable, so we better start looking around the very nearest stars.

**RL-M:** You’ve said that we’re on this threshold of a new era, which you call “an awakening.” Why do you see it that way? That sounds like a very hopeful thing to say.

**SS:** When you tell people that we have irrefutable evidence that there are planets around other stars, it changes the way they see the world. It forces people to go back and rethink their assumptions and the way they live. It’s science fiction becoming science fact. And that changes everything.

**RL-M:** Have you ever seen the film called _Another Earth_? The fact that there’s another planet out there that seems to be a mirror image of our own helps the characters believe in the possibility of a better life.

**SS:** I think the idea that we’re not alone in an infinite universe helps give faith meaning.

> When you tell people that we have irrefutable evidence that there are planets around other stars, it changes the way they see the world.

**RL-M:** You’ve written that you feel pretty certain that we’re going to discover life beyond Earth within the next twenty years.

**SS:** Actually, let me rephrase that: I believe that we will have the _capabilities_ to find signs of life beyond Earth in the next twenty years.

There’s no guarantee life is out there. And we can’t guarantee that if there is, we won’t miss it. And we also can’t guarantee we’re going to know it if we find it. But we will definitely have the capabilities to find signs of life.

**RL-M:** It seems like such a daunting question: What will life on other planets look like? Will it look like it does on ours? I’m thinking of Carl Sagan’s example of whale songs, which we think may contain more information than the _Odyssey_ or the _Iliad._ And yet we can’t translate a single (1).

**SS:** We use the Earth as our benchmark. We are looking for a planet with oceans and continents and a good temperature for life. We are looking for an atmosphere that has gases that suggest this kind of planet. But we often accuse each other and ourselves of being terracentric. We see everything through the lens of what we know.

**RL-M:** We’re looking for something that looks like us.

**SS:** Right. But it’s a struggle to know what else to look for. We could be looking for the wrong thing completely. Or just looking in the wrong place. And then there’s everything we can’t see because our telescopes just aren’t good enough yet.

**RL-M:** What are you looking for when you’re searching for exoplanets?

**RL-M:** Do you ever try to work backward and guess what kind of life might exist based on which gases might be present?

**SS:** We skip all of that because in astronomy, all we have access to are the gases that life produces. We’re making this basic assumption that life elsewhere would be like life here, that we use chemistry to extract or release energy and there are by-products of gases involved.

But our observations are so limited. Think of it this way: if there are aliens on another planet looking back at our Earth, they’ll see oxygen in our atmosphere, but if they have the same technology we do, they won’t know if it was produced by intelligent life or single-celled organisms. It could just be a lot of plants.

Sometimes, for fun, we speculate what kind of life could exist based on the types of atmospheres we hope to observe. Imagine for a moment that our Earth had a much more massive atmosphere. Imagine that the air was as dense as water. You know how when you swim in water, you float? Air would be like that, too. So the types of life that would evolve in that kind of environment would probably be very different from what we have here. Remember those movies of people walking on the moon, where they’re kind of bouncing around? There’s basically no gravity there. But imagine the opposite, if there’s a high surface gravity — then life would evolve to be very different. It would be like we were all walking around with giant lead weights on our legs.

**RL-M:** Do announcements like the discovery of Proxima B affect your work?

**SS:** It gives me a huge amount of motivation, but it doesn’t change anything that I’m doing. We’re still going to search for planets around the nearest stars; we’re still going to carry on the plans that we have. With NASA, we’re working on building a (2), a giant screen that we’re going to launch into space to block out the light of our sun so we can get a better look at the planets out there. And at MIT, we’re leading a NASA mission called TESS: Transiting Exoplanet Survey Satellite. The goal is to find transiting planets around small stars like Proxima Centauri. When a planet crosses in front of its sun, we’re able to see how that affects the amount of light that the star emits, which can tell us about the makeup of that planet’s atmosphere. We have been working on this mission for over a decade. It’s going to launch at the end of 2017.

**RL-M:** Do you think there is a risk to putting all the eggs in one basket?

**SS:** We don’t want just one basket, but what if we have five baskets?

People have been reluctant to support our projects in the past. But now we can point to this and say, “Look, our nearest star has a planet.” Actually, my colleague Natalie Batalha summed it up really well. Based on the (3), you’d expect about one in seven stars to have a planet in the habitable zone. The fact that it’s the closest one means we’re pretty lucky. If you go out and buy a lottery ticket, it’s like one chance in hundreds of millions, probably. So we’re lucky, we’re hugely lucky. But we’re lucky to have found the one in seven, not the one in a trillion.

**SS:** That’s the way to see it. And maybe more people will see it that way now. If there’s one planet, there are more out there, too.

**RL-M:** When you won the MacArthur “genius” grant in 2013, you announced that you would put all of the money toward your home life and childcare. Could you tell me a little bit more about why you decided to do that?

**SS:** At the time I was recently widowed, a single mom. I had to figure out how to handle my job and take care of my kids. School gets out at three. I didn’t know how to manage that. My job takes a lot of concentration, and I get wiped out by the end of the day. The mental exertion is exhausting. I get back home and I’m just wiped out. So all of a sudden I had to do everything myself. I wanted to work ambitiously and spend time with my kids, and I had to take care of everything else, too. Do you know how expensive 24-7 childcare is? It can cut your paycheck in half.

Some people said it wasn’t OK for me to spend the “genius” grant on my kids. Others were excited I said it out loud because it was acknowledging the struggle. When I won the award, I was spending so much money and overextending myself. And the award made my life sane again.

> I wanted to work ambitiously and spend time with my kids, and I had to take care of everything else, too

**RL-M:** When your first husband passed away and your life changed, did you discover new structural problems in the sciences for women and for single parents?

**SS:** Yes, but I think a lot of couples who are both working share similar problems. The nurse calls you from school, and what are you going to do? This summer, my air conditioner broke. And it was so hot. Someone was supposed to come today, but they haven’t shown up yet, and I have to wait around. I should be at work, but I am here. I have to work, but I also have to clean, I have to nurture the kids, I have to worry about them.

**RL-M:** I feel like it’s very rare, especially in the kind of work that you’re doing or the kind of high-level work rewarded by the MacArthur award, that someone acknowledges the economic pressures that get in the way of your making those world-changing discoveries.

**SS:** Right. I wish more people would talk about it.

**RL-M:** How can you separate the challenges in your career from the challenges in your personal life? So much of what happens outside of work dictates what you’re capable of accomplishing in it. I read an op-ed you wrote lambasting a conference that required people to travel a tremendous amount, effectively excluding scholars who are involved in any child-rearing. Did the changes in your life radicalize you?

**SS:** Yes. They gave me permission to be bold. Because I had nothing to lose.

_Rose Lichter-Marck is a writer living in Brooklyn. She also takes pictures, some of which are posted_ (4)_. You can find her on_ (5)_._