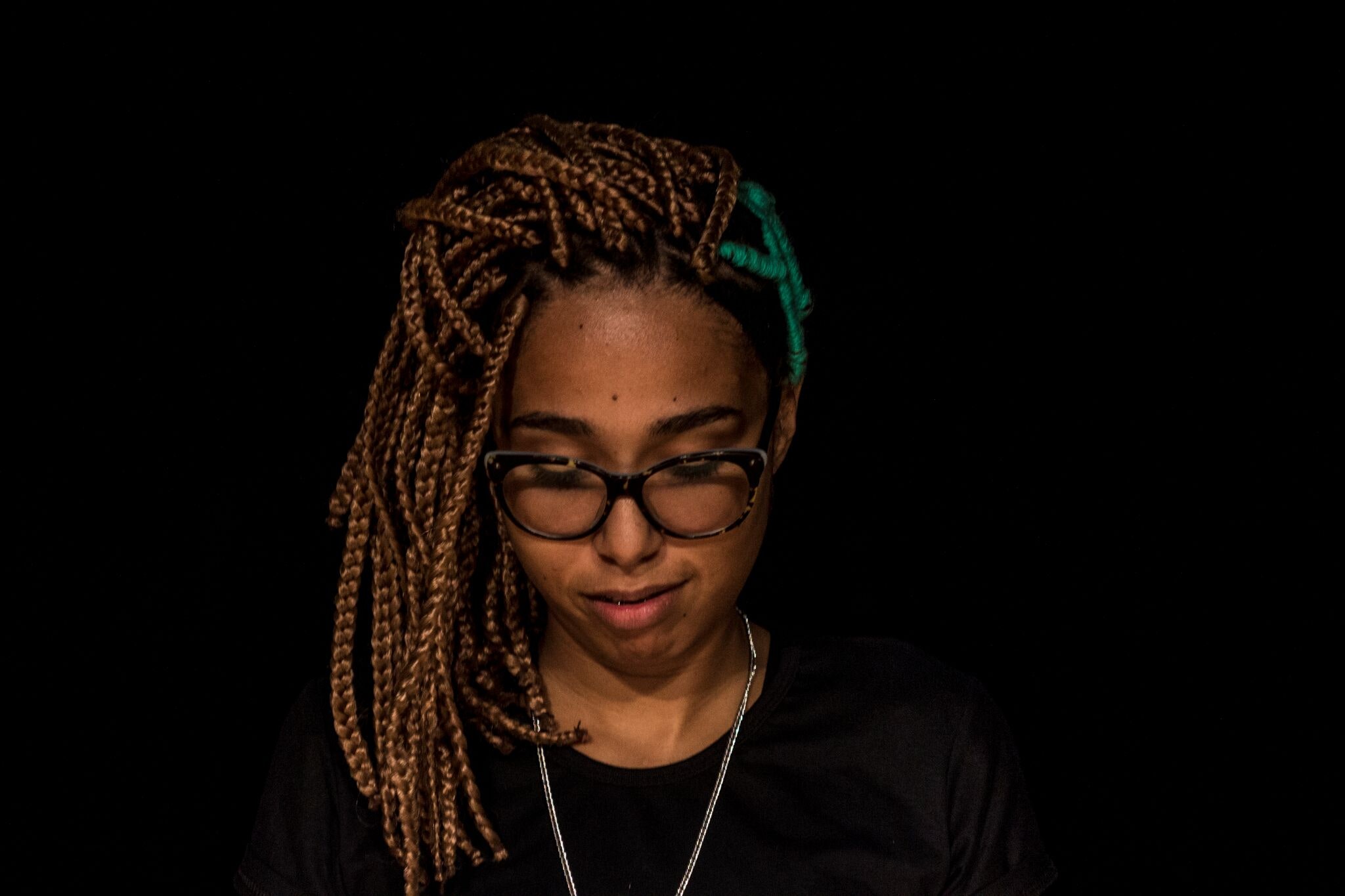 There’s a slang word in Brazilian Portuguese that has come to describe the fierce style and unapologetic verve of a new generation of black Brazilians: _tombamento._ It comes from the lyrics of black Brazilian rapper Karol Conká and refers to a combination of winning, dazzling, and honoring history. Or, in Beyoncé parlance: slaying. And _tombamento_ describes the young dancer whose graceful stomps and fiery twists made a university event hall vibrate with pride in September on Rio de Janeiro’s wealthy south side. Twenty years ago, it would have been unthinkable for a ceremonial Afro-Brazilian dance routine to pack a main room with black Brazilians at the prestigious Catholic University of Rio, a historically white institution.

Now, it was accompanied by endless hollers of “Queen!”

The performance was part of the launch of the university’s first black newspaper, run by a group of mostly women who call themselves the (1). “It’s time to recognize and carry with us the contributions of black Brazilian knowledge,” said twenty-year-old journalism student Gabriele Roza as she presented the inaugural issue, calling for the inclusion of more black scholars in university curricula. “We can and we will tell our stories.”

Brazil is the country with the largest black population outside of Africa; ten times more enslaved Africans were brought here than to the United States. But prejudice led many Brazilians of color to avoid identifying as black. A 1976 census famously listed (7) terms Brazilians used to describe themselves, including such hues as “coffee” and “cinnamon.” “Whitening” of black families through interracial marriage was praised by elites, visible in an iconic Brazilian painting of a joyful black mother delivering a lighter child. And the benefits of lightness were real. Due to poor public education, prejudice, and a lack of financial access in neighborhoods far from jobs and opportunities, black Brazilians lagged behind whites in almost every statistic. They still do: Their average income is less than two-thirds of their white counterparts’.

“I didn’t consider myself black until a few years ago,” says 25-year-old Luana Fonseca of the Black Cloud collective, snapping selfies with friends. “I’d straighten my hair and try to fit in, because otherwise, you feel like you won’t succeed.”

As far back as the beginning of the 20th century — just after Brazil abolished slavery — this hesitance to claim blackness was something Brazil’s black activists fought against. In those days, too, black newspapers were a tool; they publicized initiatives nationwide to build black pride while also naming and shaming the inequalities along the color line. These papers covered the rise of the iconic carnival band Ilê Aiyê in Salvador, quick to remind Brazilians that the national rhythm samba was born from African drumming and dance styles. They gave roots to black activist collectives that bubbled before the start of Brazil’s dictatorship in the 1960s, such as a national political network for black Brazilians and an influential Rio theater group that dealt with themes of racism. But those groups’ work was dramatically suppressed by a 20-year military regime that specifically targeted black leaders.

_O Globo’s_ Flávia Oliveira, one of the country’s few black columnists at a major newspaper, says the forward motion of the current moment is possible because black activists were protagonists in ending Brazil’s dictatorship, drafting a new constitution, and founding the leftist Worker’s Party, which ruled for thirteen years. During that time, race-based affirmative action was implemented for public colleges and public jobs, and basic social-welfare programs were codified benefitting poor heads of households — mostly black women.

But she says there’s still work to be done. “I think it’s important to never stop telling each other how incredible we are, and boosting self-esteem,” Oliveira said. “But it’s also time to move from activism around cultural politics to activism around electoral politics.”

In August, Brazil’s first female president was (8) on charges that she illegally hid a budget deficit. She was replaced by a center-right leader who installed an (9) cabinet and has moved toward conservative reforms like (15) for health and education while (2) for highly paid public officials, such as judges.

A glimmer of hope for black activists nationwide came in September when 37-year-old Marielle Franco, a black single mother who grew up in the favela of Maré, was elected to Rio’s city council — one of the first black women in its history. She was one of several black councilwomen elected nationwide who ran explicitly black feminist campaigns. Her campaign logo featured a silhouette of her Afro, and the slogan was the African phrase “_Ubuntu,_” which she translates as “I am because we are.”

“I am from these streets,” said Marielle, walking the trash-strewn alleys of a favela on Rio’s north side. Residents waved to her from their narrow doorways. “We can’t encourage the people to rise up if they don’t see people like me in power … you can’t be it if you can’t see it.”

On a Friday morning in Rio’s gray low-income outskirt of Bangu — so far from the city center it’s surrounded only by shrubby hills and a maximum-security prison — Tainá Almeida, Suzane Santos, and Jessyca Liris arrived at a local public high school on a mission. The farther you go outside of Rio, the darker the people’s skin. And the more narrow one’s rights.

Almeida, Santos, and Liris are part of a three-year-old collective called (16) that gives workshops on black empowerment in public schools as part of a half-day, monthly arts and humanities program. All the women in the collective have recently gone natural with their hair, resisting popular whitening methods of straightening.

“I’m going to talk about feeling my hair all the way to the root,” Almeida said as several students in the audience nodded along. “Thinking about it makes me think of my ancestors. That means thinking back to who came before me, and I’m not talking about slaves. I have a story far before that.”

Almeida spoke of being one of the only black students in her private high school and recalled childhood memories of scanning toy-store aisles for black dolls. She was never successful. “It took me a while to get to a point where I could wear like this,” Almeida said, patting her small Afro. “Until four years ago, I was trying to change myself.”

Larissa Silverio, a sixteen-year-old student, was particularly moved by the talk. “I’ve been called a monkey before,” she said, looking down at her imitation-Converse sneakers. “You get a feeling that you don’t belong here.”

In September, the Black Power Girls hosted their annual fair in Rio’s Port Zone. The neighborhood, pockmarked by construction, is a visible reminder of where black history falls on the government’s priority list: the road leading to a slave-cemetery-turned-museum was promised to be repaved for tourist access by the time of the Olympics in August, but it remains dug up and unpassable. The city government instead (10) visitors — and funding — to the new, $55 million neofuturistic (11), which city officials pointed out was finished on time due to private backing partners.

“At our most basic level, we want people to love themselves and follow the dreams that they want,” said activist Karina Vieira as black entrepreneurs hovered over stands selling jewelry and necklaces made from capoeira rope, (capoeira is a Brazilian martial art with African roots). “But there’s another part of taking up your black identity. It’s realizing that we are under attack.”

In 2015, Brazil’s brutal epidemic of gun violence killed (17) — mostly black. This racial disparity is due in part to the fact that the country’s war on drugs is centered in poorer, blacker neighborhoods, and (12) by a mass incarceration system that now holds the world’s (3) number of prisoners. Half of those killed in Brazil each year are between the ages of 15 and 29, according to a (21) from the Latin American Faculty of the Social Sciences (FLACSO); of those, 77 percent are black, leading some activists to refer to a “genocide” of black youth in Brazil. The police killed a staggering fraction of those people: they were responsible for (5) (5) in the city of Rio in 2015. An Amnesty International (22) of the 220 police killings in Rio in 2011 found that three years later, only one resulted in formal charges.

“From the moment a black woman gives birth, it’s a struggle for survival,” said Ana Paula Oliveira, whose 17-year-old son, Jonathan, was killed in 2014 when a policeman fired into a crowded street in the poor neighborhood of Manguinhos. He was on his way home from delivering a cake to his grandmother.

Oliveira and many other mothers of victims have joined growing mobilizations nationwide that try to reverse the toll of Brazil’s urban violence. Although (23) Brazilians have risen out of extreme poverty in the past thirteen years and (4) at the beginning of this period, homicides are on the rise again, and their racial disparity is worsening. Between 2002 and 2012, the FLACSO study found, the homicide rate for young white Brazilians dropped 32.3 percent and the homicide rate for young black Brazilians (6) 32.4 percent.

“This will continue until we address the structural forces behind the problem,” says Vieira, who is working on a master’s degree in public policy. “Instead, the figure of the drug trafficker is villainized as the source of all evil, as narratives in the Brazilian media would have us believe.”

(18), a 23-year-old film director, has become well-known for challenging media stereotypes around race. Already an icon among Rio’s black intellectuals, she was born in a working-class family on the city’s northern periphery. (13) through transitioning to natural hair, packed a downtown theater at its 2015 premiere, becoming one of young black Rio’s biggest cultural events of the year. The film starts with aesthetics, but stands for more, says Thayná, whose political commentary is widely followed online. All of her columns are republished in _Geledés,_ Brazil’s biggest news portal for black women.

“I believe that tomorrow is going to be better than today,” she wrote. For that to happen, “it depends on all of us.”

(19) _is the GroundTruth Project’s Middle East correspondent, based in Istanbul._