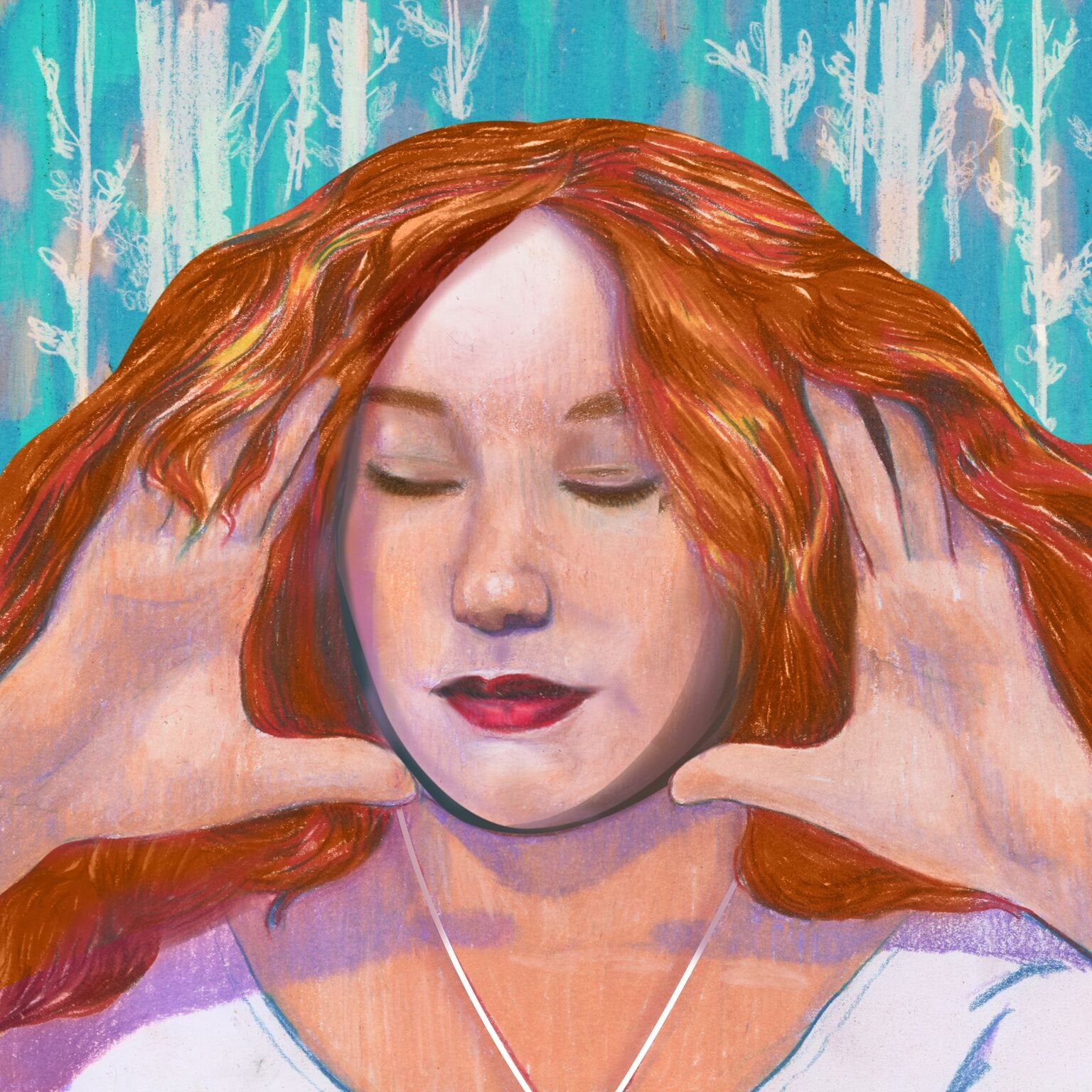 Since her 1992 debut album, _Little Earthquakes,_ Tori Amos’s star power has been constant. The record, and her follow-up, _Under the Pink,_ both went double platinum in the U.S., the latter earning her the first of her eight Grammy nominations. It was followed by 1996’s _Boys for Pele,_ which was the beginning of Amos’s acting as sole producer of her records. “It is an alternative, bloodletting record of a woman confronting the patriarchy,” she tells me of its release and its twentieth-anniversary reissue last year.

Amos is humble as we sit discussing her career and the release of her fifteenth studio album, _Native Invader._ Yet there are reminders around us that make it impossible to forget how long she’s been making her confrontational, compassionate art. The view from the top floor of the Manhattan building we’re in includes Madison Square Garden, where Amos famously performed in 1997 for _Tori Amos: Live From New York,_ a concert benefitting the (1), an organization that Amos has been involved with since 1994.

Her work with RAINN, the nation’s largest anti-sexual-violence organization, continues to this day. Prior to _Native Invader,_ Amos had most recently released the single “Flicker” to accompany the 2016 Netflix-original documentary _Audrie & Daisy,_ a harrowing look at sexual assault and cyber-bullying. Amos’s involvement with the film aligns with her concern for how to protect our teenagers. After wrapping its promotion, she took a trip through the South designed to retrace her mother’s lineage and was faced with thinking about what it means to be a daughter to a world that demands that women be protected.

For Amos, what most shaped the form of _Native Invader_ were the results of the 2016 election and the stroke her mother, Mary Ellen Amos, suffered in January, leaving her unable to communicate. Amos is frank about discussing both of these subjects, and her generosity in doing so makes me think about the merciful place she locates in her music. She’s been called various forms of _otherworldly_ throughout the years, but as she again proves on her new album, Amos is very much of this world. This is just what a person sounds like when she refuses to give up on it.

**Thora Siemsen:** _Native Invader_ is your fifteenth studio album, a record that looks to and reckons with nature. Where were you staying while writing these songs?

**Tori Amos:** They came at different times. It all started with me taking a road trip. I’ve done quite a few of those in my lifetime. They seem to trigger something. It’s like a pilgrimage.

**TS:** You road-tripped through North Carolina, where your mother’s family is from. How did it feel to reconnect with that part of your roots?

**TA:** It was exhilarating and scary. We got lost on the back roads for hours. There were no rails. We would just stop the car on a ridge and get out. It was overpowering being surrounded by nature in that way, taking time to find the waterfalls. We went through towns and we would listen to people. We spent our time walking in nature. I was hoping for a song. I didn’t get any songs there. None. What I said was, if they wanted to come in the future months, that I would try and be a good listener.

**TA:** They found me across the country. I was with Netflix at the time working on _Audrie & Daisy,_ so I was traveling a lot. My mother was starting to get ill, I was speaking with her a lot, telling her what I’d seen on the trip, and she started to tell me all the stories she could remember. I didn’t know at the time that she would lose the ability to communicate.

**TA:** She hasn’t heard it yet. She will. We’ve been singing hymns and musicals, because that’s what she knows. If she knows it, she can try the rhythm.

**TS:** “Broken Arrow,” from the new record, contains the refrain “Have we lost her?” and references to Lady Liberty. You’ve been addressing American politics in your music for decades. What are some ways songwriting helps us look for what we’ve lost?

**TA:** It’s how I express what I’m really, really hiding. I’m always desperately trying to find those scales of justice. Sometimes we need to re-humanize ourselves. Embedded in this record are energy forces, hopefully, that create a space — space to step into from the cacophony of the news cycle.

> Envy is a dangerous poison. People want success so desperately.

**TS:** “Up the Creek”features vocals from your daughter, Tash. How often do you sing together?

**TA:** We do a lot. It’s something we share. Sometimes I just listen. Sometimes I listen to her when she picks up a guitar and jams. With this song, it was clear that there was a huge concern about what kind of decisions are being made that the generation that’s in their teens will have to then deal with. We wanted to talk about something that mattered to both of us. A lot of people making these decisions won’t be here when the consequences of those decisions are being played out.

**TS:** I think it’s important to celebrate the strides we’ve made, especially in industries that are still male-dominated, like media and music. How have conversations about your work evolved since more voices have been included in media?

**TA:** Thank goodness that we have more voices. In the ’90s, what was so confining about how the industry was run was that the advertisers for commercial radio a lot of power. If the message doesn’t fit with beliefs there, then you didn’t get played. Now that there are many ways for people to find out about other artists, there are other ways for information to cross over those walls. That is a huge thing, because I wouldn’t be around still if it weren’t for the Internet. I absolutely believe that.

There are so many different ways of getting information, and it’s changing all the time, and there are other people who are able to write about it. It could be a bit of a boys club in the ’90s in that world. Some of the guys are great, but I think voices that have very different lenses is central. We need it. Desperately.

**TS:** You’re going to be on the road for the rest of the year. What are some ways you get your bearings in the cities you tour through?

**TA:** Some of them I’ve been to before over the years. Those pictures come up: I remember when I was in the hotel crying on that floor. They’ve changed the carpet, how nice. That’s the one thing about being on your fifteenth album. You kind of look back at yourself and say, “If only I could sit with me back then and say, ‘We’ll get through this.'”

**TS:** You reissued _Boys for Pele_ last year for its twentieth anniversary. How did it feel to celebrate that record, a fan favorite, two decades after releasing it into the world?

**TA:** We really worked on it. When it came out, I remember it was a very tough time. It came to mixed responses, and you don’t forget those. You just don’t. You experience your work going out to the world, and globally getting such a diverse response, and then having to tour dealing with the pressures from the label.

It coming out again was a celebration. When it came out the first time, I didn’t know what had hit me. It was accepting all that — that was twenty years ago — and my brother Neil Gaiman calling me up and saying, “See, I was right twenty years ago, and I’m still right. This will be one of your important works.”

**TS:** That could be a thing to tell Tori on the hotel floor.

**TA:** That would be. That hotel floor got very messy. It was a tough time. Until you go through things like that, you don’t know how it’s going to affect you. You do begin to know who your friends are. It’s very easy to be there when the success is happening, but when you’re getting castigated, oh my God. That’s a whole different thing.

**TS:** Do you feel it’s harder to communicate that you’re going through something difficult when things are going well on the outside?

**TA:** Envy is a dangerous poison. People want success so desperately. Who doesn’t, on one hand — that can’t be your intention. Or it can, and you’re just really clear about that’s what it is. Was it Rod Stewart who, years ago, said he just wants pretty birds and fast cars? OK, so that’s what you’re doing! That doesn’t mean he didn’t make great music, but you have to be clear with your intention.

Success can create envy in other people.That isn’t really the friend you want with you in the trenches. I think the entertainment industry, including writers, can get pitted against each other. There’s a culture of that instead of: Nobody can write like anybody else. Not really. When are we all not trying to be Regina George? Whatever that moment is — our Laura Palmer moment — maybe you just needed to be you, because look what happened to Laura Palmer.

**TS:** What have been some of the greatest highlights of your life as a musician?

**TA:** There’s so many, when you don’t get caught up. You’re not going to outsmart that energy, but you can get sucked into it, and you can lose your reason for what you’re doing. Being a musician — when you know that you’re serving a global way of communicating — you think, _I’m just glad the muses check in with me from time to time_.

_Thora Siemsen is a New York–based writer and contributing editor. She has written for Lit Hub,_ Office _magazine_, OUT, _Rookie, the Rumpus, and the Creative Independent. Find more work_ (2)_._