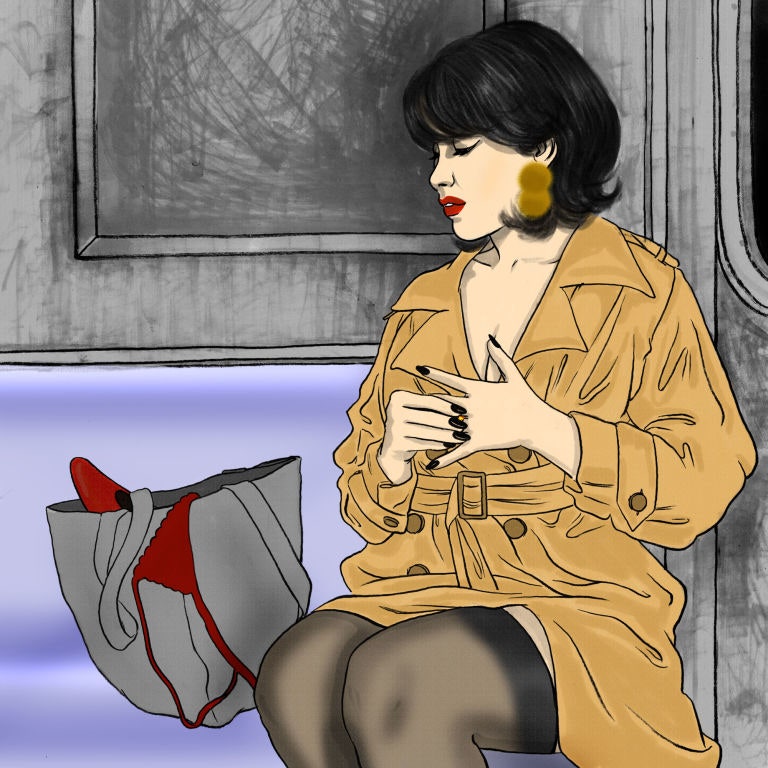 In writing my book *The State of Affairs*, I came to realize again and again that illicit relationships offer a window like no other into the mysteries of female desire. Perhaps this is because, in the context of marriage and committed relationships, women are still accustomed to doing things according to cultural norms and expectations — whether due to pressure, obligation, or simply as part of a trade-off.

What women do in marriage tells us less about what they want than about what they value. In their affairs, however, we get a penetrating glimpse into their free will. Far be it from me to justify infidelity, but as a seeker of truth, I have come to find the truth often hides in places that are less comfortable.

A woman I’ll call Madison, 31, has been living with a man I’ll call Steve for almost five years. They met at the Brooklyn coworking space where she runs her startup. She tells me that she loves Steve and still believes they’ll get married and have a family in a few years’ time. But two months ago, she reconnected with her college boyfriend on Facebook, and they’ve been hooking up.

When I inquire as to why, she tells me that in the last year, she has lost interest in sex. “I used to be so into Steve,” she says. “And I was often the one who’d jump on him when he came through the door. But then it just became such an effort, I couldn’t muster it up. It really freaked me out. I’d do it because he wanted to, and sometimes I’d get into it, but mostly I felt numb. I reached out to my old flame to find out if I had really lost that part of myself.”

Madison discovered that her playful, erotic self was far from dead. In my conversations with her, we explore the fact that she often finds it difficult to hold on to her own identity in the context of her relationships. In her affair, however, she knows for a fact that she is doing what she actually wants. She’s not taking care of anybody; this is just for her. Secrecy becomes her pathway to autonomy. She is no longer playing a culturally sanctioned role — the nice girl, the girlfriend, the wife, the mother. Through talking to women like Madison about their affairs, I’ve observed a few themes about their sexuality:

One of the most widely held beliefs about women’s sexuality is that it is rooted in security and commitment.

It’s commonly thought that men are not really wired for monogamy while women are more naturally inclined to be content with commitment or exclusiveness. Men, the theory goes, need novelty and variety in order to feel turned on, while women need closeness and attachment. Researcher Marta Meana invites us to question this assumption.

If it were true that women’s sexuality is primarily dependent on relational connectedness — love, commitment, and security — then shouldn’t sex be thriving in loving, committed relationships? But too often, it’s not. Take Madison, for example, and the countless other women like her who’ve reached out to me in recent years. In many cases, though surely not all, when the spark dies, it’s a woman who shuts down first and loses interest in her partner — male or female.

Research shows that men remain sexually interested in their partners for longer, with the decline of desire happening gradually. Women tend to lose their interest in a shorter amount of time and rather precipitously.

I can’t tell you how many desperate husbands have shown up in my office with a reluctant wife in tow, telling me that they are tired of the nightly rejections. “She’s obsessed with the kids,” they tell me. “She’s tired every night. No matter how much I try to help out around the house or encourage her to take a break, I can’t get lucky. She’s just not interested in sex anymore.” Often the wives agree, telling me they don’t really care if they never have sex again. All of this reinforces the commonly held belief that women’s sex drives just aren’t as strong as men’s. But more often than you might imagine, those same women shock themselves and their partners by ending up in a torrid affair.

So what does this tell us? Not that women are less interested in sex, but that women become less interested in the sex they can have. Female desire is a drive that needs to be stoked more intensely and more imaginatively if women are not to lose interest. And because women’s sexuality is so responsive to context, it’s less about one man versus another and more about the narrative in which the sex is taking place — the story she weaves for herself and the character she gets to play within it.

We often hear straight men say that nothing turns them on more than to see a woman who’s really into it. But that’s rarely what I hear women say about their partners. What turns a woman on is to be the turn-on. The unspoken truth about women’s sexuality is how narcissistic it is. I’m using that term not in a pejorative sense but as an indicator of a woman’s ability to focus on herself, away from her caretaking identity.

An affair is the antidote to a woman’s social world, which revolves around tending to the needs of others. Madison and Steve’s Brooklyn apartment is hardly a suburban family home, but she still feels like a wife, with motherhood waiting a few years down the road. The selflessness required of the wife and mother is at odds with the selfishness that is inherent to desire. When women find themselves in caretaking roles, they sometimes find it difficult to embrace the kind of self-absorption that is essential to sexual pleasure. If she’s busy taking care of others, she cannot retreat inside her own body, feel her own pleasure, and encourage her own mounting excitement. Some women can just take off the apron, put the baby to bed, and let go. But others find that they can do this only when they are outside of the home, and with someone who has no need of their caretaking.

Women often seek commitment because it’s the ultimate affirmation — to be chosen above all others. But ironically, once the commitment is made, the equation shifts.

Rooted in evolutionary theories, we tend to think of women’s desire as more discriminating. When a woman wants a man, he can be pretty sure that it’s him she wants. But we see men’s desire as more indiscriminate. Hence, when a man wants a woman, she’s never really sure if he wants her or just wants sex. And this is even more true in committed relationships, where the woman may suspect that she is simply the convenient object of desire, rather than the chosen subject.

“I’m right there,” Madison says dismissively. “It’s easy. He doesn’t seem to care if I wear my sexy lingerie or just some old pajamas. He just gets on with it.” No seduction, no romance. With her lover, however, who is also risking his own marriage, she feels more confident that it’s her he wants.

Madison’s story challenges a common myth about infidelity and gender: that men cheat for sex, while women cheat for love. Women, the story goes, stray only when they are sad, lonely, and love-starved. Men, on the other hand, are driven beyond the marital bed by the force of their physical desires. A little historical context helps put this assumption in perspective.

Let’s not forget that throughout history, men had license to cheat with impunity, conveniently supported by a host of theories about their roaming natures. Women faced pregnancy, mortality, public shame, and ostracism. Even today, there are still nine countries where a woman can be killed for straying. So while it may be true that over the centuries women have been more likely to cheat when they were miserable, maybe that’s because the consequences were too dire to do it for more frivolous reasons. If women didn’t stand to lose everything, perhaps they would not wait until they were desperate.

*Renowned couples therapist and TED speaker Esther Perel is the best-selling author of Mating in Captivity and the host of the top Audible original series   (1)? Her newest book, (2), is out now. Learn more at (3) or by following (4) on Instagram.*