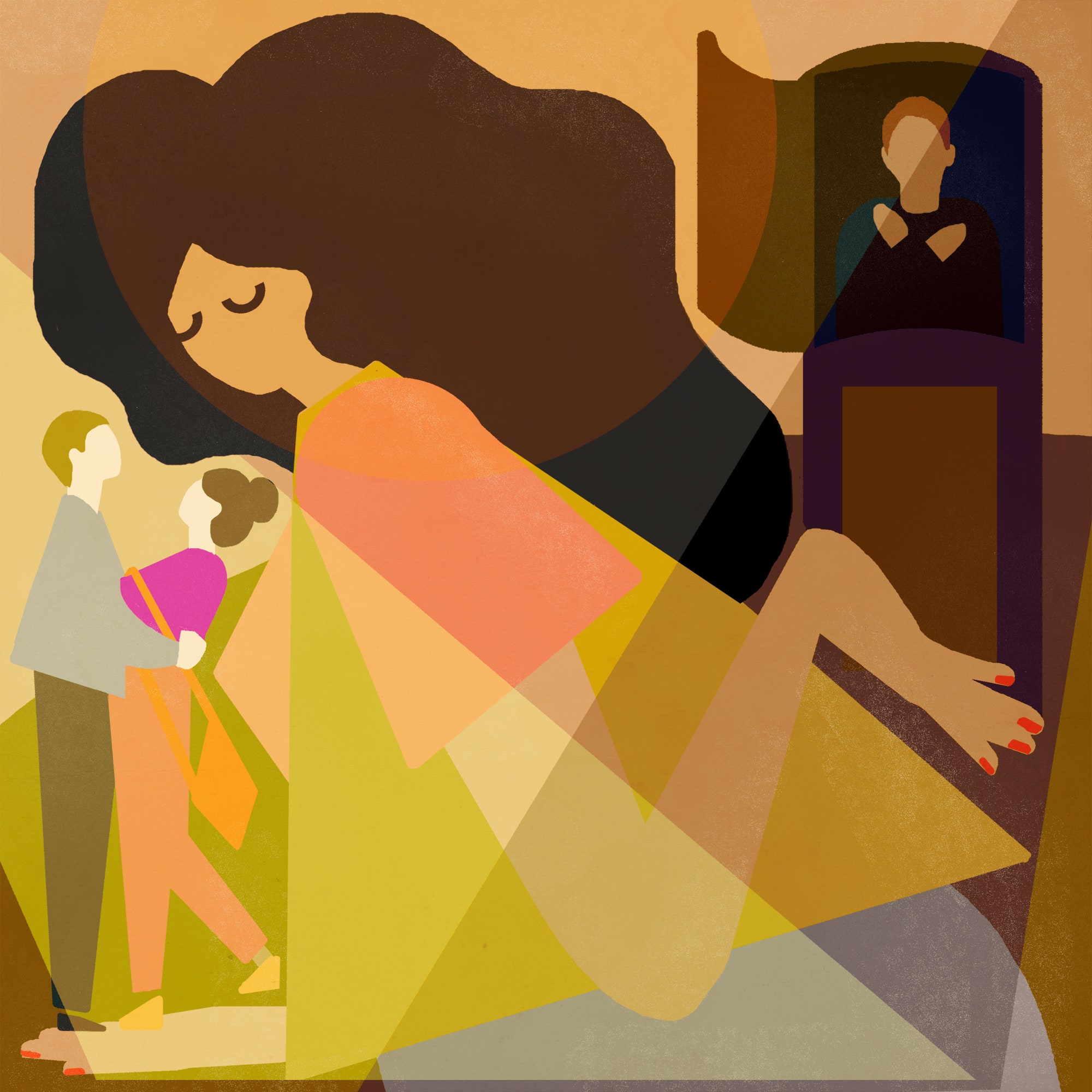 In the middle of reporting my book on death fraud, I got caught cheating on my boyfriend.

I’d been pursuing the question for years: can you disappear in the 21st century? I had interviewed dozens of devious characters — privacy consultants, fixers who forged death certificates, life-insurance fraudsters — and I thought they had taught me the most important thing about faking your death: how to cover your tracks. I just didn’t know I would end up applying this lesson to my own illicit affair.

In my reporting, I had investigated all forms of digital footprints — IP addresses, pinging cell phones, surveillance cameras capturing your image at every turn. In accordance with what I had learned, I erased all the incriminating emails from my drafts, sent, and inbox folders. All but one, which blatantly outlined a plan for a rendezvous. I had deleted all call logs and texts. Except for those few phone calls I forgot about.

Worst of all, I hadn’t considered that you can still get busted in the most analog ways. So when my live-in boyfriend stumbled upon my most deranged lovelorn musings in a journal I had left out, it was evidence so anachronistic, so juvenile in its sloppiness, it hadn’t occurred to me to better obscure it. Ink on paper was what tipped him off, spurring him to comb my phone and computer for traces of what else I’d left behind.

At this point in the story, armchair analysts will speculate that I wanted to get caught. Maybe in the grand cosmic scheme of things, some part of me did. My boyfriend and I had been together for six years and lived together for three. We shared a rating system based on New York City mayors (“Is this shirt Giuliani or Fooliani? Dinkins or Stinkins?”) and had adopted a Jack Russell–Chihuahua mix. We’d both recently turned 30 and had vague plans for what our wedding might look like — a taco truck and lots of dancing — but no hard plans for when that might take place or what we envisioned for the future. We’d grown comfortably into something between friends, roommates, and canine co-parents, so deeply ensconced in each other’s lives that imagining an alternative seemed impossible.

But hurting the person I lived with for the happiest years of my life? Being thrown out of our home after he made his discovery? I had envisioned a slightly more graceful exit. The morning I left, the sun was just beginning to tinge the sky violet, and I walked away with our dog and a haphazardly packed suitcase of gym shorts and high heels.

For years, I had been interviewing men who had made great messes of their lives (pseudocide seems to be an almost universally male phenomenon — or maybe women do it just as much but don’t get caught). Typically, when these guys get the idea to fake their deaths and then actually execute the plan, they are backed into a corner. They’ve cheated, they’ve lost millions of dollars of investor money, or they’re attempting to shirk their debts to creditors by taking an easy way out. These are guys who make fools out of the family members who mourn them, who attempt to outsmart law-enforcement agents who are paid thousands of dollars of taxpayer money to search for bodies that never appear. And these guys often have a tidy excuse for why they’ve done it. I just couldn’t get over the hubris it requires: to think that you can get what you want and get away with it at the same time.

I was at a writers’ residency when I met him. He had been a favorite critic of mine for years, and I knew he lived nearby. I also knew he was married, and I had no other motive in mind (swear to goddess) when I shot him an email, asking for his literary insight. He drove over to the big white house that same afternoon, and we drank tea on the wraparound porch. The interview went well, my recorder and notebook out the whole time, though none of my notes made it into the book. He was, coincidentally, the precise demographic of the person most likely to fake his death: a middle-aged, middle-class, white, heterosexual man with a family. I felt pleased that I had met him, that I had made what might one day turn into a strong professional contact. I didn’t think anything of it beyond that.

> I considered myself an honest person, with integrity. Now I was seeing
> how quickly those categories can crumble.

A few days later, he emailed me and suggested a walk. When he led me out to a sun-dappled field at the height of fall foliage and asked if he could kiss me, I probably shouldn’t have been taken aback. I had been naïve enough to think that we would just be friends, that he could be interested in me as a platonic and intellectual equal. I made some resolution in my mind that this could be a litmus test that would help me figure out how I really felt about my boyfriend. We kissed. Looking back, it’s painfully obvious that simply setting up the experiment gave me the answer I needed.

So we commenced what was intended to be a contained, three-week fling — one that would run the course of my residency. For him, a midlife crisis with an unthreatening nobody who would make him feel important. For me, a wildly affirming seal of approval that this person, who I thought was so brilliant, also thought I was at least a little brilliant.

While we were sneaking around, I found myself thinking a lot about a question I’d been asking since I’d begun my book. Where is the best place to disappear? While you’d think that a town out in the boondocks could get you good and gone, really, it turned out that the likelihood of running into someone you know was that much greater. We were always looking for places to hide.

I often shook my head at the people I interviewed, men who not only faked their death but also often philandered, and here I was, doing the exact same thing. Our affair was supposed to expire when I returned to my life and to my boyfriend in the city. But it didn’t. The writer and I continued to see each other whenever he had to come to town. Though my dalliance lasted only six weeks before I got busted, I never thought I’d be someone for whom commitment would be a problem. I considered myself an honest person, with integrity. Now I was seeing how quickly those categories can crumble, and how it didn’t happen out of malice. It just happened, through human weakness and self-absorption that I’d previously condemned.

I thought about a conversation I’d had with two private investigators in Manila, about the men they chased, men who faked their deaths because they had a girlfriend on the side, or a second family. “Why don’t they just get a divorce?” I asked them. They joked that it was because the men were afraid of their wives. While I still contend that playing dead instead of dissolving a marriage is a bit extreme, I was beginning to understand. Inventing a new, separate self, while radical and deranged, is more appealing than confronting the mistakes the old self might have made.

What I had never been able to get my head around, though, is the way the fakers could compartmentalize their indiscretions. One father who had staged his death in a kayaking accident had determined that he didn’t need to let his adult sons in on his plan because, as he explained to me, they were busy with their own lives and wouldn’t miss him. Before I knew it, I was advancing the same rationalizations, a similar cockeyed logic to justify my cheating. I would be happier having this thing on the side, I thought, and also exceedingly guilty, so I would heap more affection onto my boyfriend. Everyone would benefit. How could I make out with another woman’s husband? Simple. She was merely theoretical to me. A ghost. I absolved myself of responsibility in that department (save the pangs that popped up — serving Thanksgiving dinner to my family in our apartment, having drinks with my friends while constantly checking my phone for messages) more seamlessly than I felt comfortable with.

Keeping a secret always closes you in on yourself. But, as I had told the writer, I felt something expanding within me, too. I know now what it was. It was empathy. I saw for the first time how easy it is to continue making a mistake you know you are making. I could no longer look at the subjects in my book with the same derision. When I had gone astray, it closed off my relationship, but it eventually opened me up to a new honesty.

Privacy consultant Frank Ahearn had always called the death fakers who got caught “morons and idiots.” I laughed along. But now I felt like both a moron and an idiot. “Learn from this,” my boyfriend said when he told me to leave. I did learn. I learned just how hard it is to cover your tracks in the 21st century. I learned that I am not cut out for the sly skulking around that disappearing requires.

I also learned that you can hold two contradictory ideas in your head and that they don’t cancel each other out. I loved my boyfriend. I felt love for the writer, too, or something like it. I wish I had stayed. I’m glad I got caught. And I didn’t toggle between these ideas. I held them simultaneously.

*Elizabeth Greenwood is the author of* (1), *which recently came out in paperback.*