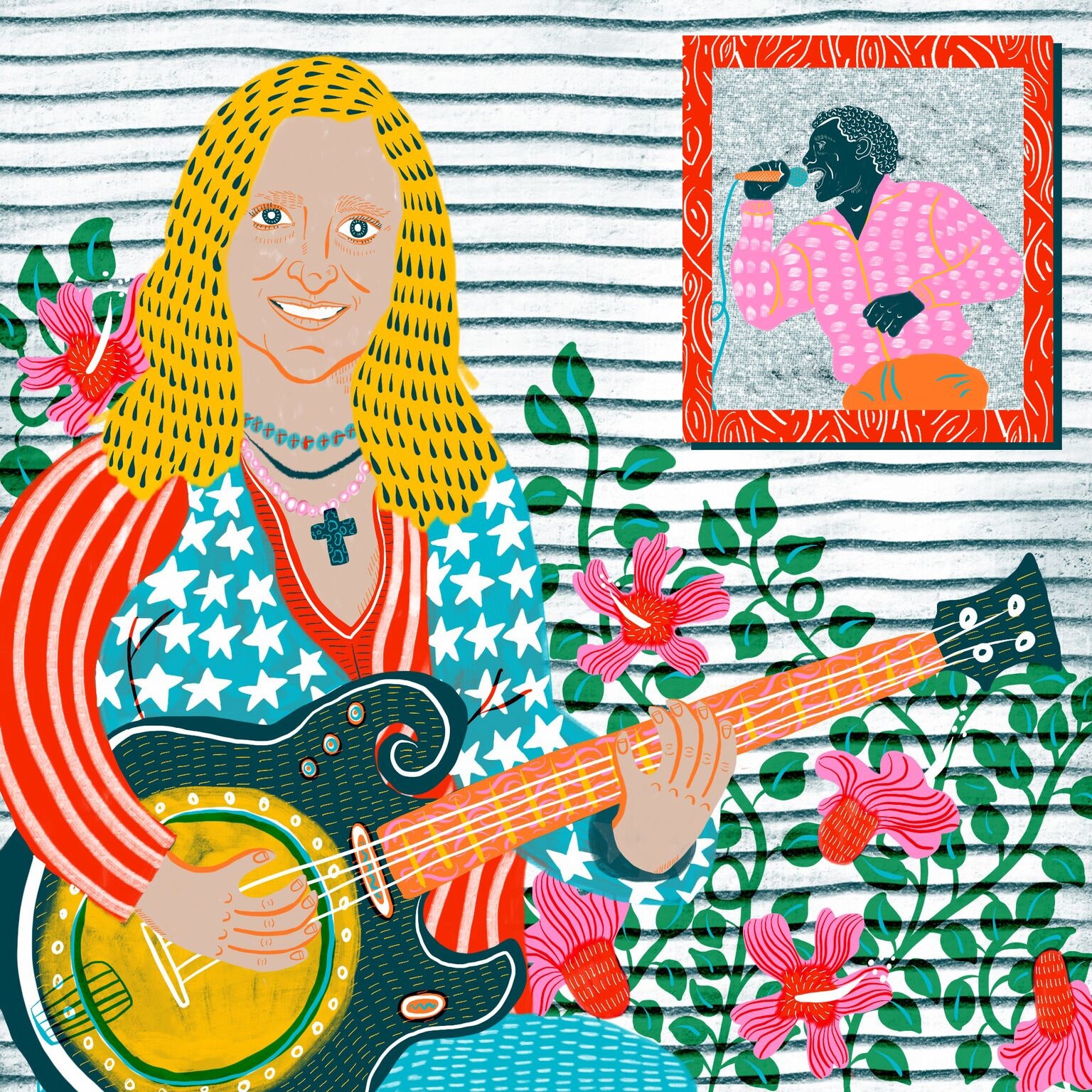 Melissa Etheridge started playing guitar when she was eight years old. She became a gay icon when she came out publicly in 1993, and she accepted GLADD’s Stephen F. Kolzak Award in 2006 for promoting equal pay for the LGBTQ community. She’s an environmental activist who has toured using biodiesel, and she even wrote an original song for Al Gore’s film _An Inconvenient Truth_. She’s won a Grammy and an Oscar. She’s also a breast-cancer survivor, a mother, and a wife. In her latest project, she takes on a new role as music historian to the notable (1). Stax was the Memphis-based label best known for its marquee artist Otis Redding, but it was also home to Isaac Hayes, Sam & Dave, the Bar-Kays, Carla Thomas, and house band Booker T & the M.G.’s.

Etheridge scoured through the masters of this label, which was a seminal force in R&B, funk, and soul music during the ’60s and ’70s, finding songs to reinterpret and bring to a new generation on her latest album, (2). Melissa and I talked about the music that made her into the artist she is, how recording and in some cases rewriting classic Stax tracks impacted her as an artist, and where you can find that Stax influence in the music you listen to today.

**Courtney E. Smith:** What got your attention about this project?

**Melissa Etheridge:** I can’t help but be really influenced by Otis Redding. I remember hearing him when I was younger, but I was drawn to him as I got older. I began to understand that he was who Janis Joplin was trying to sing like. He influenced so many people. His live performances are what I want to emulate. It’s what I think entertainment, showmanship, raw talent, and charisma are about. He has everything. He wrote the songs; he was an amazing musician and singer.

The opportunity to make this record came up with John Burk at Concord Records, who said, “We want to open Stax up again and have you do a record on the label. We’d like it to be music from the Stax catalog.” It was an opportunity for me to become a scholar on the history of the label and show where the way I sing came from.

**CES:** When you think about the other musicians who are influenced by the music of Stax, who comes to mind?

**ME:** Bruno Mars is the grandkid of Stax. He and his producer Mark Ronson, they’re all soulful, and that’s exactly where they’re coming from. Amy Winehouse, if you asked her, she would have been listening to Stax Records. “You Know I’m No Good” is actually the drumbeat from Otis Redding’s “Tramp.” And Adele! If you asked any of these people about Otis Redding or Stax Records, they’d tell you it’s the gold mine.

When you hear Rihanna sing “I want you to stay,” you know that feeling? That’s the feeling my generation got when we heard someone like Joe Cocker singing “I get by with a little help from my friends.” And that’s the feeling he got when he heard Otis Redding sing “I’ve been loving you too long.”

**CES:** How did you go about sorting through the Stax catalog and picking these songs?

In the last few decades that I’ve made music, I’ve seen that there’s always acceptance of the classic beat and feel of R&B music . A couple of years ago when “Uptown Funk” became a hit, I thought, _Well, that’s a throwback!_ Mash me some Earth, Wind & Fire and other R&B together and you’ll get “Uptown Funk.”

**CES:** You take on “Respect Yourself” by the Staples Singers, which is an incredible, really well-known song. It’s also probably the most political song on the album. Does it still mean something today?

**ME:** When I was looking through the catalog, I started really understanding the history of Stax Records and how they were in the epicenter of the civil-rights movement in the late ’60s. The assassination of Martin Luther King Jr., just a few blocks down from the studios, had such a huge effect on the multiracial staff. It made me realize how political Stax became after that, notably with music by Isaac Hayes and the Staples Singers. That album, with “I’ll Take You There” and “Respect Yourself,” was such a huge political statement by such a nonthreatening group. You can’t look at the Staples Singers and think, _I’m afraid of them_ . You want to have dinner with them. You want to talk to Pops.

It made a huge impact in the ’60s, “Respect Yourself.” The original lyrics were very much of the time, when they say “Take the sheet off your face, boy / it’s a brand-new day.” It’s similar to what’s happening now, but not as specific. I invited Priscilla Renee, who is an amazing black Grammy-award-winning singer-songwriter, to come write on it. I felt like I’d been given the keys to this important piece of work that held a key to help bring the nation together at the end of the ’60s. With my greatest and utmost respect, I wanted to have this song do what it could to bring the nation together in the new century. With Priscilla, we updated the lyrics and made the focus of the song be: the way that we’re going to change the world is to respect ourselves. We have to come from that, because when you respect yourself nobody can tear you down. That’s the way that we change the world.

**CES:** Was your idea in updating the lyrics to make it broader so that it wasn’t just about race, but embracing LGBTQ rights and feminism?

**ME:** It is the same message. It’s no surprise that we have these issues in our nation today. The song is about feminism. It is about race. Ultimately all of that is the fear of the other and this belief that there is an “us” and a “them.” People keep trying to surround themselves to keep “them” out, and that’s not the way it works . There is no “them.” You can’t draw a line and say, “This is us, and this is them.” The only way we can move ahead is to bring everyone together. The way to do that is to respect ourselves, because if we do respect ourselves we realize there is no other that can come in and take something away from us.

**CES:** You get pretty sexy on these songs. There’s a topical theme running through the selections, and you changed lyrics even. How did that feel to embody?

**ME:** Delightful! I think we all need to have a little more of that in our life. We all need to take on more of that sexy attitude. There’s nothing wrong with it, believe me. The older you get, the better you get. And that’s what Stax is about — it was about power, freedom, life, and love. It was about loving and being hurt and wanting and desiring and having — it was about all of that. I’m not going to stop short on any of that if I’m going to pay tribute to what it was about.

You’ve got horns playing while you’re singing “I’ve been loving you too long …” Come on! You’ve got to bare yourself open. You have to be willing to own why you feel sexy, because it feels so good.