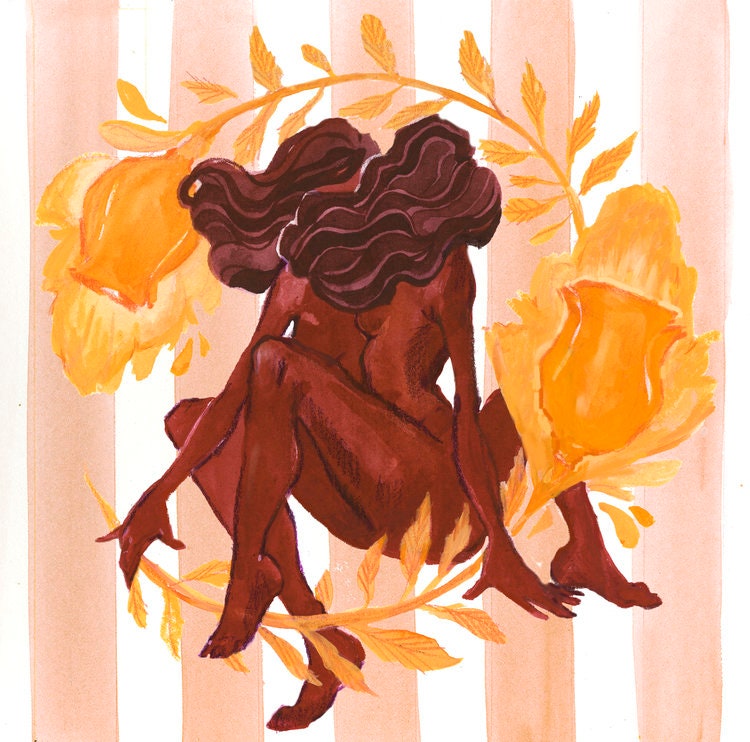 In recent years, we have seen black feminist activists, scholars, and cultural workers in the same breath lay claim to sexual agency and the credo that Black Lives Matter. Think Beyoncé and her call to “get in formation.” This was a call that included sexual pleasure (“when he fucks me good I take his ass to Red Lobster”), black queer vocal expression (Big Freedia’s unapologetic declaration “I came to slay, bitch”), and the triumphant overturning of power structures that have and continue to oppress black and brown people. While Beyoncé might be one of the most visible examples of this kind of work, she certainly isn’t an anomaly. Chicago-based artist and activist Kristiana Rae Colón has been gathering black and brown people into formation for several years now. As the founder of Black Sex Matters, she has created a unique space for exploring “how pleasure shapes visions of liberation.” Black Sex Matters is an event series that brings together artists, activists, scholars, and community members for an evening of sex-positive performance and expression.

I first met Kristiana at the Cave Canem annual poetry retreat in 2014 — a space where black poets write, learn, and commune. That was also the summer that Eric Garner and Mike Brown were tragically killed by police. It was in the throes of these painful events that she began to organize. Kristiana and her brother began crowdfunding gas masks for protesters in Ferguson and then later organized a group of artists and activists that would become the #LetUsBreathe Collective. Since its inception, the collective has worked to create spaces for people in Chicago to engage with and respond to social-justice issues. I had the opportunity to talk to Kristiana about her art, activism, and, of course, specifically why black sex matters for black women.

__Naomi Extra:__ How did Black Sex Matters come into fruition, and how does that work relate to what you’ve been doing with the #LetUsBreathe Collective and as an activist in general?

__Kristiana Rae Colón:__ Black Sex Matters is an event series that I curate that celebrates sexuality and sex positivity in social-justice movements and liberation struggles. The concept behind Black Sex Matters is that our sexual power and our sensual power is the same substance as our creative power. And that if we are fragmented and disconnected from our sensual power, then we are fragmented and disconnected from our creativity. Liberated people, people engineering solutions for freedom, need full access to that creativity. I really wanted to program something that celebrated the wholeness of the black body, the black imagination, of black sensuality, of black love. That’s the theoretical framework behind Black Sex Matters.

The event itself was a component of a play that I produced called *Good Friday*. It takes place on a college campus as a school shooting is unfolding and deals with sexual assault and sexual trauma, I came up with Black Sex Matters . I wanted to balance out that really heavy content with something more joyful and celebratory. For Black Sex Matters, I invite artists and activists to speak in any oral medium. They have four minutes or less to perform a true story of sensual joy in any medium, be that poetry, spoken word, rap, song, comedy, storytelling. There’s a panel of judges; they are curated as scholars or experts in the field of queerness, brownness, intersectionality. And there’s burlesque features. Also, live painting and body-painting and lots of condoms and sex toys and sexy giveaways. The whole night is a really spectacular performance.

__NE:__ I’d like you to talk a little bit more about sex positivity. Why is sex positivity important for black women? What do you see as at stake?

__KRC:__ For me, what’s at stake in the campaign for black women is a reclamation of space that has been historically denied. For black American women specifically, the legacy in this country is a legacy of rape. For our first several centuries on this continent, black women had no autonomy over their bodies. The way that that legacy has been internalized in really oppressing ways is still, I think, a deep wound for black American womanhood today.

For a black woman to fully and deeply own her body, and not just own it in the sense of not being enslaved in the way we would think of a couple centuries ago, but actually own her body in terms of feeling sovereign to make choices for her body without the influence of patriarchy, without the influence of internalized misogyny. From her own wholeness and her own self-love. I think that when women are most connected to their sexual power, they’re most connected to their instincts, to their intuition, and to their wholeness and their creative magic.

__NE:__ Who else would you point to as doing work we should know about in the area of black women’s sexual agency and liberation?

__KRC:__ So I’ll just say that my favorite artist right now is Junglepussy. Junglepussy is such a badass. I will specifically lift up her song ” (1).” I think she is doing some really interesting things musically. And then Chicago just has such a vibrant black and black queer burlesque scene that I’ve been really fortunate to work with through Black Sex Matters. Darling Shear, Cruel Valentine, JuJu Minxxx, and Po’ Chop are amazing. Jeez Loueez is amazing. These are black burlesque dancers who are doing really phenomenal work. And then a collaborator and a co-conspirator of mine, Rashida KhanBey, does reclaiming your sexy dance classes that incorporate soul healing as a core foundation of sensual dance.

__NE:__ How do you see issues of gender, sex positivity, and sexual agency showing up in activist spaces?

__KRC:__ The two women that popularized the hashtag Black Sex Matters are black queer women. A lot of the preeminent organizations that have been operating under the banner of Black Sex Matters nationwide are led and run by the labor of black queer women. I think that has always been the case historically, but I think what this generation is trying to do is learn from the mistakes of black nationalist movements past that I think were severely crippled by patriarchy, and severely crippled by internalized misogyny.

The Black Lives Matter movement today is doing a much better job of addressing that, and being intentional about organizing through a black queer feminist lens, and then also centering and uplifting gender-nonconforming identities. From my critical perspective for black liberation, those that are most marginalized must be centered first. Folks with multiple identities that are oppressed are those that should be uplifted, centered, and amplified, whether that be gender nonconformity or ability.

* (2) is a poet, writer, and doctoral student in American studies at Rutgers University–Newark.*