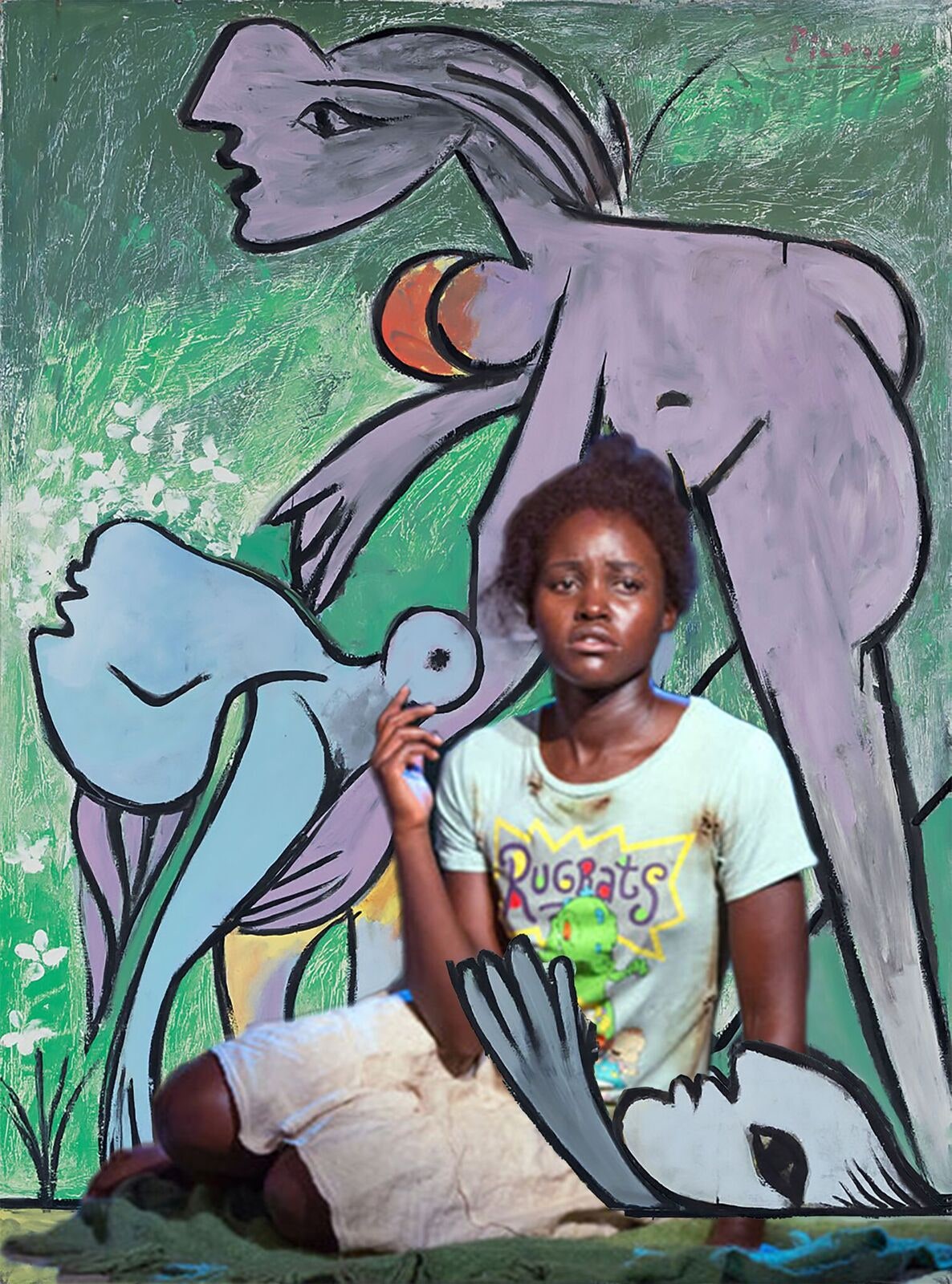 For the past two months, I have been performing in the play * (1)* on Broadway. It’s a powerhouse of a story about the lives of five extraordinary women trapped by a rebel commander during the Liberian civil war. I love doing it, but it’s like running a marathon every night. During my last round of press for the play, a journalist asked me, “Why would such a big star choose to do such a small play?”

*Why would such a big star choose to do such a small play?* This question felt quite silly. I mean, I’m an actress; why wouldn’t I want to be in an incredible, gorgeous, meaty piece about the complicated choices of women during wartime? But then it went deeper than that. To me it felt like a question about our value system in this culture, the ways we define success for ourselves as well as others.

Perhaps the reporter was placing a larger value on “Hollywood” roles? I turned down a few projects to pursue this one. I knew there was a sense of what was expected of me, but this play felt so important to me that I had to do it, expectations be damned.

> I knew there was a sense of what was expected of me, but this play felt so important to me that I had to do it, expectations be damned.​

I think as women, as women of color, as black women, too often we hear about what we “need to do.” How we need to behave, what we need to wear, what’s deemed as too much or not enough, the cultural politics of what society considers appropriate for us and for our lives. What I am learning is that the most important questions you can ask yourself are “What do I want?” and “Who do I want to become?”

As an actress, feeling connected to a fully realized, complex character is what I look for first. The size of the role, and the budget, and the perceived “buzz” around the project are much less important to me. As an African woman, I am wary of the trap of telling a single story. I decided early on that if I don’t feel connected to, excited by, and challenged by the character, the part probably isn’t for me. If I’m ever in doubt, I envision the career choices of artists I admire, like Tilda Swinton, Cate Blanchett, and Viola Davis. They are all fearless actresses who approach every role without ego or vanity. They have a fierce commitment to the moment and the role, whether it’s the lead or a character we see for just one scene. They give it their all, and it shows. The thought of having a career that in any small way might resemble theirs excites me.

The chance to appear in * (1)* after winning an Oscar was an opportunity to share in the incredible (and too rare) freedom of playing a fully rendered African woman. The playwright, Danai Gurira, has conceived a drama where the only people onstage are women. This allows the audience to be fully immersed in their lives, although the presence of the men around them is deeply felt. So often women of color are relegated to playing simple tropes: the sidekick, the best friend, the noble savage, or the clown. We are confined to being a simple and symbolic peripheral character — one who doesn’t have her own journey or emotional landscape.

> We are confined to being a simple and symbolic peripheral character — one who doesn’t have her own journey or emotional landscape.​

For me, there is a difference between a trope and an archetype. A trope is a writer’s device that often plays into stereotypes and presumed expectations, refusing to embody originality of any thought. An archetype is a fundamental human motif that exists in universal myth. I don’t mind inhabiting an archetype if it has been given life and interiority. I love the idea of people of color participating in mythical, magical stories, whether that’s as a hero, villain, sage, or sorceress. Or all of the above! I think sometimes a singular catharsis can be found in genre storytelling — as I found when playing a thousand-year-old woman (Maz Kanata in *Star Wars: The Force Awakens*) and a wolf mother (Raksha in *The Jungle Book*). I’m able to be more engaged in roles such as those than I would be in playing “the wife” when she is written with no motivation or singularity. Even more important than the genre are the intention of the author, what story is being told, and the power of the emotional journey of the characters. In * (1),* Danai has blessed us with five such journeys. None of these women are tropes. They are battling real demons, living with difficult decisions in an all-too-real world stricken with the trauma of war. It’s an incredible gift to play one of them, and it’s liberating to share this view into women’s experiences with a Broadway audience.

Of course, I am not opposed to playing lead roles. I don’t want to be overly cautious; I want to take risks, to try my hand at stories that thrill and terrify me. Partly because of the conversation the industry has been having about women and racial and cultural representation, I have recently decided to participate more fully in the development of roles I choose in the future. There are some projects coming up for me that I can’t wait to talk about. But at the moment I am onstage, night after night, with four incredible actresses, telling a powerful story about women who are rarely given a complex rendering. I look at this play — it’s the first play on Broadway to feature an all-woman cast, playwright, and director, and the fact that we are all women of African descent makes it even more incredible — and I feel profound gratitude to be a part of it. I am proud of my decision to take the time to sit with myself and not get caught up in what others want for me. I look at the beautiful faces of my co-stars: Pascale Armand, Zainab Jah, Saycon Sengbloh, and Akosua Busia, and I see the light and love of my current artistic family, a sisterhood of African women who go onstage nightly and pour everything we have into this story. I look out at the diverse audiences who come to full houses and experience our performances, and feel proud of being a part of sharing this important story with the world. I see a work of incredible power that is transforming lives by daring to offer women of color fully rendered narratives, and I feel so lucky to be a part of it.

I look at this play and see nothing about it that is “small.”