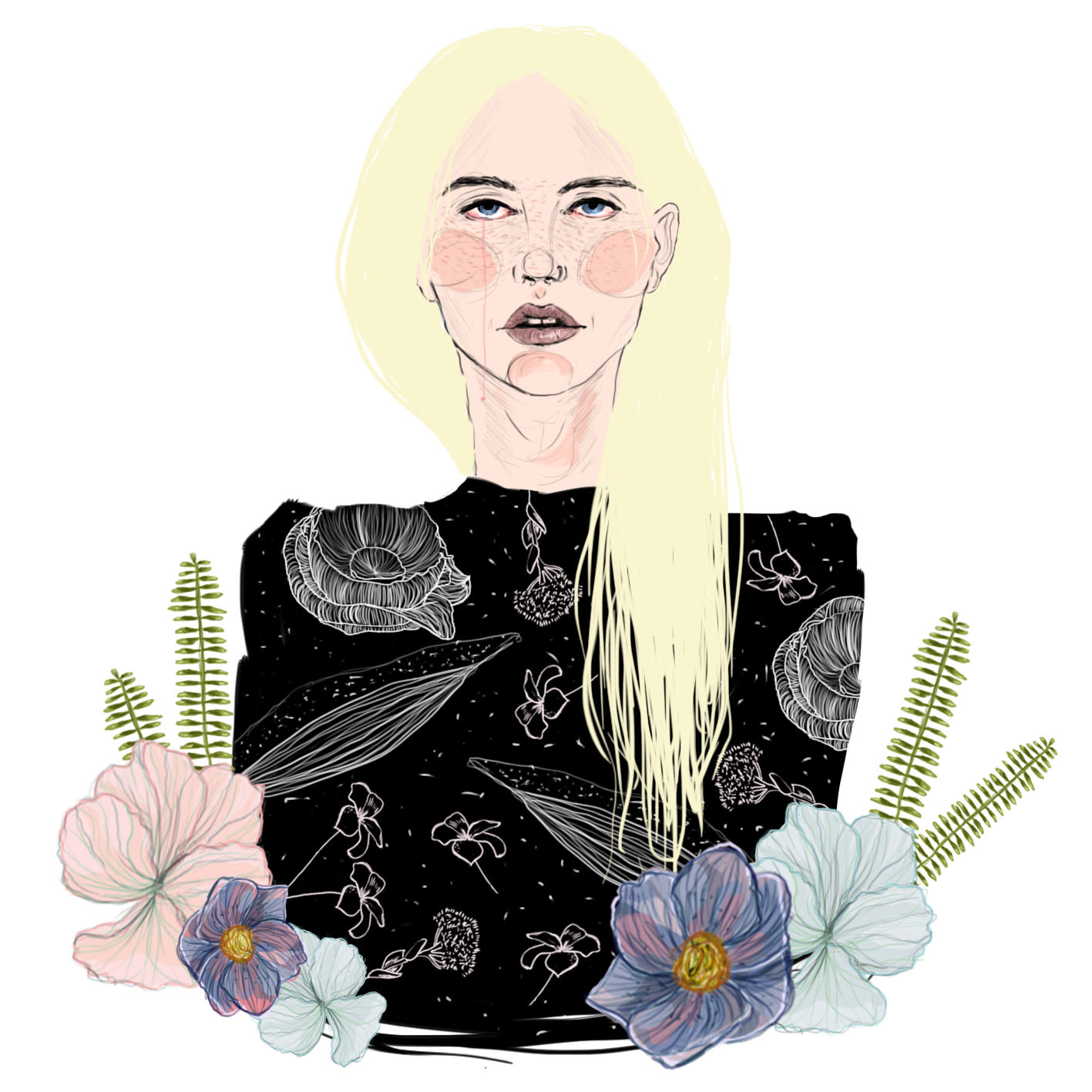 When I saw (1) last Friday, I felt sick. Actually sick — I wanted to ask my Uber to pull over so I could throw up in a New York City trash can. The photos of her beautiful face crumpled with tears, the legally necessary but sickening use of the word “alleged” over and over in reference to the assault she says she remembers so vividly — it all created a special brand of nausea that comes when public events intersect with your most private triggers. I last experienced this when (2) and as a result left millions of women exposed to doubt. I cried in a mini-mall in Brussels, imagining all the college-age girls suddenly changing their minds about coming forward against their rapists.

If (3): for the last year and a half, Kesha has been trying to get out of a contract with her former collaborator and producer Lukasz Gottwald, known professionally as Dr. Luke (not a professional doctor). She has been shackled by a ten-year-old contract to Gottwald’s company Kemosabe, a subsidiary of Sony that controls both her recording and publishing — her entire livelihood as an artist and businesswoman. Here’s the reason she wants out: Kesha says that for ten years Gottwald drugged, raped, and emotionally abused her and controlled her creatively and emotionally through threats and manipulations. She explained that her dealings with Gottwald ultimately exacerbated a life-threatening eating disorder, which required rehab. When she concluded that continuing to work with Gottwald would kill her, she came forward and asserted herself.

Now Kesha has requested an immediate injunction that would allow her to begin to record without Dr. Luke. I think this seems like a pretty reasonable request. While the allegations of sexual assault and emotional abuse cannot be proven definitively, I think Kesha’s words speak for themselves: “I know I cannot work with Dr. Luke. I physically cannot. I don’t feel safe in any way.”

Sony could make this go away. But instead the company has chosen to engage in a protracted legal battle to protect Gottwald’s stake in Kesha’s future. Although the company insists that Kesha and Gottwald never need to be in a room together and that he will allow her to record without his direct involvement, they are minimizing what Kesha says regarding how Gottwald’s continued involvement in her career would affect her physical well-being and psychological safety.

> Sony could make this go away. But instead the company has chosen to engage in a protracted legal battle to protect Gottwald’s stake in Kesha’s future.

So let me spell it out for them. Imagine someone really hurt you, physically and emotionally. Scared you and abused you, threatened your family. The judge says that you don’t have to see them again, BUT they still own your house. So they can decide when to turn the heat on and off, whether they’ll pay the telephone bill or fix the roof when it leaks. After everything you’ve been through, do you feel safe living in that house? Do you trust them to protect you?

That explanation is really for the judge, Shirley Kornreich, who questioned why — if they could be physically separated as Sony has promised — Kesha could not continue to work for Gottwald. After all, she said, it’s not appropriate to “decimate a contract that was heavily negotiated.” Guess what else is heavily negotiated? The human contract that says we will not hurt one another physically and emotionally. In fact, it’s so obvious that we usually don’t add it to our corporate documents.

To be clear, Kesha’s case is about more than a pop star fighting for her freedom, or a $60 million investment in a shiny commercial career. It’s about more than whether Kesha can strap on her cool leotards and make another album, free from a man who she says terrifies her. It’s even about more than the systemic misogyny of the entertainment industry, or the way that women in music and film have long been controlled and coerced by abusive Svengalis and entities larger than themselves. (Think: the studio system of the ’40s and ’50s, when starlets were essentially chattel. Think: Ike and Tina Turner.) What’s happening to Kesha highlights the way that the American legal system continues to hurt women by failing to protect them from the men they identify as their abusers.

> What’s happening to Kesha highlights the way that the American legal system continues to hurt women by failing to protect them from the men they identify as their abusers.

For example: (4) to assert parental rights over children conceived through rape, yoking women (and their children) to their attackers for a lifetime, an unimaginable cycle of revictimization. But it’s real. The same man who violently assaulted you could get the right to cuddle the baby that resulted from that assault.

A huge part of Kesha’s argument rests on her lawyer’s assertion that Gottwald, potentially enraged by Kesha’s sexual-assault allegations, could make efforts to bury her subsequent albums, preventing her from publicizing and therefore profiting from her work. This kind of control is a cornerstone of domestic abuse, and it’s far too common: according to the National Network to End Domestic Violence, financial abuse is an aspect of approximately 98 percent of abusive relationships. When a woman is not in control of her financial destiny, either because her partner is the primary breadwinner or because he makes financial decisions for the entire family, her world is made minuscule. Her resources evaporate. Fear dominates.

That’s not the only way legal ties can make it impossible for a woman to escape her abuser. Someone I love very much has been engaged in a years-long battle to allow her and her young daughter to move closer to where her successful business is (and away from her abuser). If he can’t control her directly, he will attempt to make sure that her choices are actually his. In some cases, (5) can even be evicted from their homes for calling the police on *their abusers* . Yup, there are laws that allow landlords to kick tenants out if the cops are summoned for disorderly conduct of any kind — doesn’t matter who the “disorderly” one was — and this affects poor women most frequently. It’s why (6) say they are on the streets because of domestic violence.

These women deserve better. They do not choose to have their reputations pilloried and their characters questioned as a tactic for getting what they want. What if we realize that the women who come forward have everything to lose, whether they’re pop stars or single mothers?

The fact is, Kesha will never have a doctor’s note. She will never have a videotape that shows us that Gottwald threatened and shamed her, and she will never be able to prove, beyond the power of her testimony, that she is unsafe doing business with this man. And no, none of this was in her contract. But what man, what company endeavors to keep a woman saddled with someone who she says has caused her years of trauma, shame, and fear? Fighting this fight publicly and in the legal system has already changed the course and tenor of her career forever. The lack of perspective on the part of Sony — the inability to look at the worth of a woman’s platinum records versus the worth of her soul being intact — is horrifying.

The public outcry about Kesha’s case has been truly heartening: the swell of shock and indignation from fans and fellow performers alike. It wasn’t long ago that women in the public eye didn’t have a loose-enough leash to reach out and support one another, for fear of losing all they had worked so hard to create. Instead they quietly watched on their televisions, hoping they wouldn’t be next.

Those days are over.

They are fucking done.

We are not scared anymore of losing what we worked for, of being branded hysterical or difficult, of being targeted and silenced by men in power. The women in the music industry speaking out for Kesha are proof. And their words will reverberate, inspiring the young women watching them for clues about the good life to speak up too. Soon, no one will accept shame and fear as the status quo. And so, while Kesha is indefinitely silenced, her voice has never been louder.

*Lena Dunham is mad as hell and she’s not going to take it anymore.*