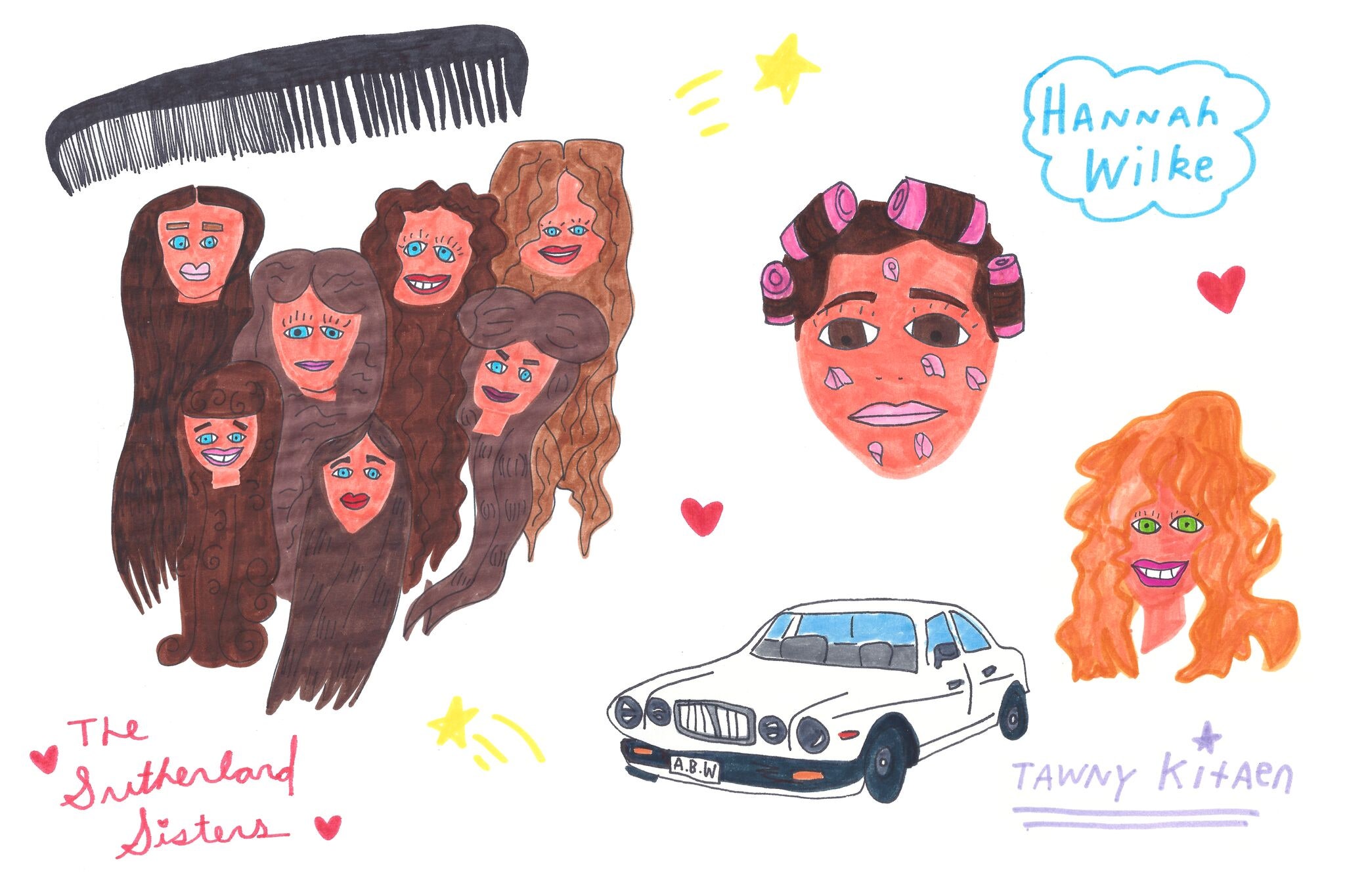 Usually at the beginning of the year, I make a big list of resolutions. Resolutions for work and for life and for relationships and for fun stuff like vacations and books I want to read, and, of course, fashion resolutions. Maybe you’ve heard the phrase “Dress for the life you want, not for the one you have.” And although this phrase seems like one of those fashion-magazine tropes designed to entice you into purchasing a pair of Céline flats, I find “Dress for the life you want …” helpful. Sure, depending on what you do in _real life_, you may be limited on how much of yourself you can indulge. But there’s always weekends, and you can always dress up at home and parade around your living room, or glamorously lie in bed with a glass of Champagne — if that’s what you’re into.

When it feels like you’ve exhausted all your usual sources of inspiration (1960s issues of _Bazaar_, Rihanna’s Instagram account, old episodes of _3rd Rock from the Sun_ for Dr. Albright’s ’90s-minimal looks), it helps to search around in unusual places for a little power-up dose of spark. Maybe you see a woman on the street wearing a jaunty little wool beret, and it makes you think, _Wait, maybe I can totally wear a beret_. Or while you were deep into a marathon of _Making a Murderer_, you were totally inspired by (1)’s Ramones–meets–Jane Fonda–in– _Klute_ hairdo, and off you went to the salon. Or maybe you saw a picture of North West wearing the perfect winter outfit that’s just one or two steps removed from the way you dress every day, even though you are a 31-year-old woman and she is a two-year-old power-baby (2)).

These are my style resolutions for 2016. They are not about becoming a different person — they’re about drawing inspiration from some wild women of the last 100-ish-years to bring from inside yourself what makes you memorable. Consider 2016 the year you ride or die for your instincts, with a little help from these women who made their names doing just that.

Sarah, Victoria, Isabella, Grace, Naomi, Mary, and Dora, a.k.a. The Sutherland Sisters, were seven women who lived in New York in the late 1800s and performed as a choir in circus sideshows and other venues. Their musical talent was adequate, I’m sure, but their real appeal lay in the fact that at the end of their performance, the sisters would turn around and let their hair down. Their (3) long hair, so long that it added up to 37 feet of hair combined. The secret to their long hair, they said, was a smelly concoction, made of witch hazel, bay rum, salt, and hydrochloric acid, that their mother used to put on their tresses, and like any other celebrity would do, they bottled that stuff up and became millionaires selling it – along with other products like dandruff shampoo and combs.

They built a mansion with marble baths that all had running water (please do not forget this was the 1800s) and picked up weird habits along the way, like leaving their dead relatives in a room in their house, unembalmed, until the authorities had to step in on account of the smell and just its being plain unsanitary. Most of them never married, presumably for fear that they would lose their fortune, but they lost their fortune anyway. In part because they were not exactly thrifty (marble baths aren’t cheap) and in part because bobs became the cool haircut of the 1920s and their long-ass hair lost all its allure.

The inspiration I plan to take from these iconic businesswomen and Kardashian precursors is to fully commit to the version of me that exists in my brain. Sometimes when I’m getting dressed I have completely formed outfits in my head, but when I look in the mirror I think, _This is too much to take the train in_. _Better change_. That’s dumb as heck, because what do I care who’s judging me on the R? I shouldn’t let phantom shame from train riders, men, or changing trends influence my idealized version of me. The Sutherland Sisters were committed to their long hair, and nothing could change their mind. Sure, they were stubborn and ill-advised, but there’s still something remarkable about their devotion to the cause.

In her _S.O.S. Starification Series_, made in the 1970s, the artist Hannah Wilke posed for glamorous black-and-white portraits, her bare skin covered in chewing gum shaped like tiny vaginas. From afar, her body seems covered in scars or maybe warts, in stark contrast with Wilke’s obvious beauty. But up close, the small vaginas on her body are at their most basic interpretation, symbolic of the objectification of women, of our second-class-citizen status. It’s also quite funny, in the way that things that ring so true can often feel.

You could describe Wilke’s work, at least during the ’70s, as “feminist narcissism,” and as we go into 2016, I want to keep this attitude as a secret weapon. I am both completely serious but also not at all about this. It will be OK for me to give in to those things that society thinks I should give in to  because I am a woman — expensive face creams, Brazilian waxes, and high heels — just as it will be OK for me to wear the same sweatshirt/jeans/sneakers combo for five days in a row, fully knowing that I will almost always choose the latter because I don’t care that much. If my body is a battleground, then maybe I can turn it into a weapon. Envelop myself in the things that give me the most power in the moment, indulge in the things that make me feel good without guilt. How could the results be anything short of ideal?

OK, I’ll admit this isn’t a new one for me — my obsession with Tawny Kitaen in (4) has been going on for a few years now — but it’s done so well for me that I want to make sure to keep it for 2016. It involves being ready to roll around on the hood of a random car at any moment, sure, but also lots of white lingerie, and gauzy white layers that you wear during summer nights, when you’re just feeling a little loose. Tawny so wholeheartedly embraced her sexuality, but unlike other music-video girls whose bodies become just another prop in the scene — a lamp, a guitar, a fast car — she was just having fun, showing off her gymnastics abilities on top of a car, or out the window of a car, or generally in close vicinity of a car.

I’ve never been one to embrace the body-conscious part of dressing, partly because growing up, Gwen Stefani’s tomboy style became my obsession, but also because my lack of boobs as a teen never did much to feed any sort of sensual lifestyle I may have had in mind. On Tawny days, I don’t think about how flat my stomach is, or how close to a wardrobe malfunction I might be (I am never really close to a wardrobe malfunction but sometimes get scared by a deep V-neck), and I just accept that this is me, that this is my body, that this is what I look like, and there’s beauty in that. So, often I look in the mirror and say to myself, “Well, this is what you look like” before walking away, but there’s no time to think things like that while you’re lying across the hood of a car with one leg carefully bent and the other gracefully extended. 2015 turned out to be a solid year, and I’m ready for a better, more positive, kinder-to-myself 2016. Like some dudes in a band once said, “But I’ve made up my mind / I ain’t wasting no more time / Here I go again.”

_Laia Garcia just discovered that she shares a birthday with Tawny, which means it’s, like, cosmic._ ​