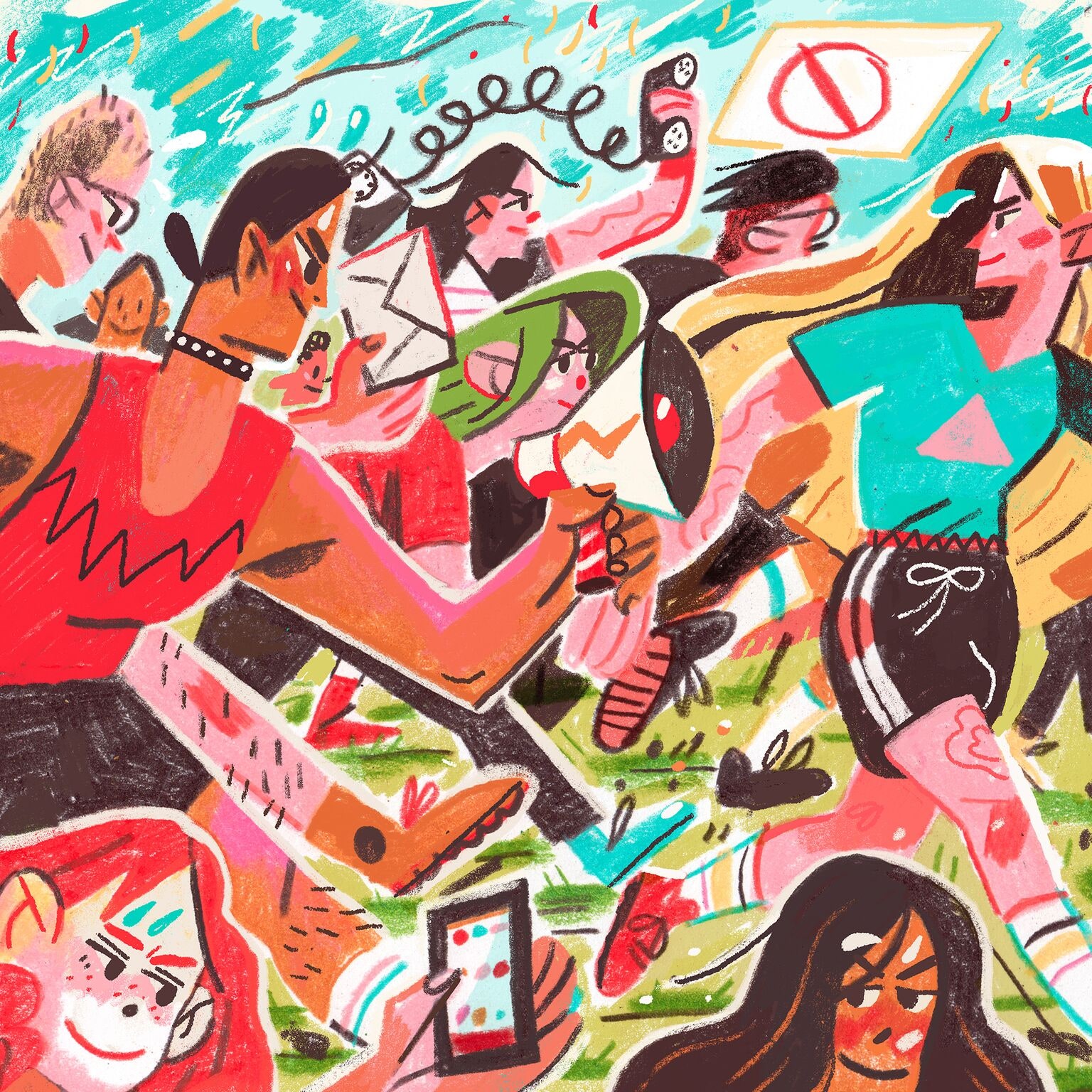 I’m a 35-year-old New Yorker who went to NYU, which means I spent college living through 9/11 and the horrible lead-up to a war. Also the life-taking, economy-tanking, soul-crushing lie of an illegitimate President. And that jerk had the gall to do it in the name of _my_ city. So I spent college marching. Resisting, actually.

I learned that politics was a fight. And sometimes the good guys lost. I decided my senior year that maybe helping them was what I was going to do with my life. I graduated in 2004, and I moved to DC to work “in politics.” I’d figure out what that meant along the way, I guessed. Seriously, aside from _West Wing,_ I had no idea what Washington meant. I just knew it mattered very much to the health and well-being of people who lived in this country. And it seemed like they were willing to pay people who could talk other people into doing stuff. I’d been doing that my whole life!

I got a job as a copywriter for a direct-mail firm (making those glossy sheets explaining candidates that your grandmother saves and you throw away). I packed my cat and moved out of Brooklyn — ready to end a war and kick Republican ass one bullet point at a time.

We lost in 2004. And I don’t want to say that means I was in any way prepared for 2016. Losing John Kerry was not even close to the devastation of losing Hillary Clinton. And losing to W is not at all the same as losing to Donald Trump. But for those of you who hadn’t lost a presidential election, who hadn’t had to resist your own government, who hadn’t cried at the sight of the White House because you knew it housed a man who had no business being there, making decisions that might kill your friends, I can’t even imagine this being your 101.

Where do you start? On an existential level, how do you do the most good, when every breaking-news alert brings unprecedented bad? On a practical one, how do you make activism your side hustle in an already-packed life?

The glorious and honest answer is, we do it together. There’s a saying going around: This isn’t a sprint, and it isn’t a marathon. This is a relay. You run, and then you pass the baton to the woman at your six.

It’s helpful to remember when you’re overwhelmed with marching, donating, calling your congresspeople, and marching again that there are literally millions of Americans doing the same damn thing. It’s also helpful to focus. Saving Obamacare, stopping Neil Gorsuch, donating to the Abortion Care Network, it starts to feel like there is so much to do you can’t possibly do it. And there’s no point, because now the FBI is investigating the president for colluding with Russia to undermine our democracy and what on earth are you supposed to do about _that_?? This is the worst game of whack-a-mole ever.

So focus. I’m asking you to get inspired again. Barack Obama felt like the light at the end of a very dark tunnel by the time 2008 rolled around. And if we did anything wrong by electing him, it was putting too much of our faith, too much of our fight, in that one human. We need hope again, but our next Barack Obama needs to be thousands of people.

When you’re talking about local campaigns, _you really can make a difference._ Volunteer regularly? You’re basically a staffer. Donate $50 every month? That makes you a serious donor. Post content to your networks and remind your friends about elections and candidates? You might be their only source of information here.

If you’re looking for bang for your activist buck, state legislative elections have the single greatest return on investment. Next time you’re feeling guilty because you skipped a town hall, go online and find a few candidates for State Senate or State House (sometimes called delegates or assemblymembers) you want to support. Bonus if they live near you, but they don’t have to!

Local politics matter everywhere. On February 25, turnout in a Delaware special election tripled expectations — and we elected Stephanie Hansen, an environmental attorney. And we stopped the Delaware legislature from falling into Republican control entirely. If every Lenny got together and decided to flip the North Carolina State Legislature, we could do it. And that would be the end of that hateful, transphobic bathroom bullshit and a whole lot more, right there.

EMILY’s List is my choice here, not just because I worked for them for five years ( _so_ much more fun than copywriting), but because they’re super good at winning. They’re an organization that’s dedicated to electing progressive women, and they’re a one-stop shop to educate yourself about candidates (and send them money!). But you should also sign up for alerts from (1). Flippable tells you which state legislatures need to turn blue quickly and how you can help. But do your own research — there are too many local seats for any group to cover every candidate, and you might just discover someone wonderful.

A final, and possibly most important, reason you need to focus on state legislative races _right now._ In 2020, those folks are going to draw the next congressional maps — and we’re stuck with them for a decade. So if a bunch of anti-woman bigots are in charge in the states, you better believe they’re going to draw those lines to make sure it’s anti-woman bigots who are going to Washington. But if our army of Obamas wins in 2018, we might wind up sending progressive champions who make us hope again.

It’s easy to tune out campaigns, especially after the brutality of 2016’s. But don’t. Resist. Stay in the streets, stay on the phones, keep sending money, keep speaking out. But make sure supporting local candidates is a big part of your activism. Be the change you seek, sure, but also elect it.

_Jess McIntosh is a Democratic strategist living in Senate District 51 and Assembly District 25 in Brooklyn._