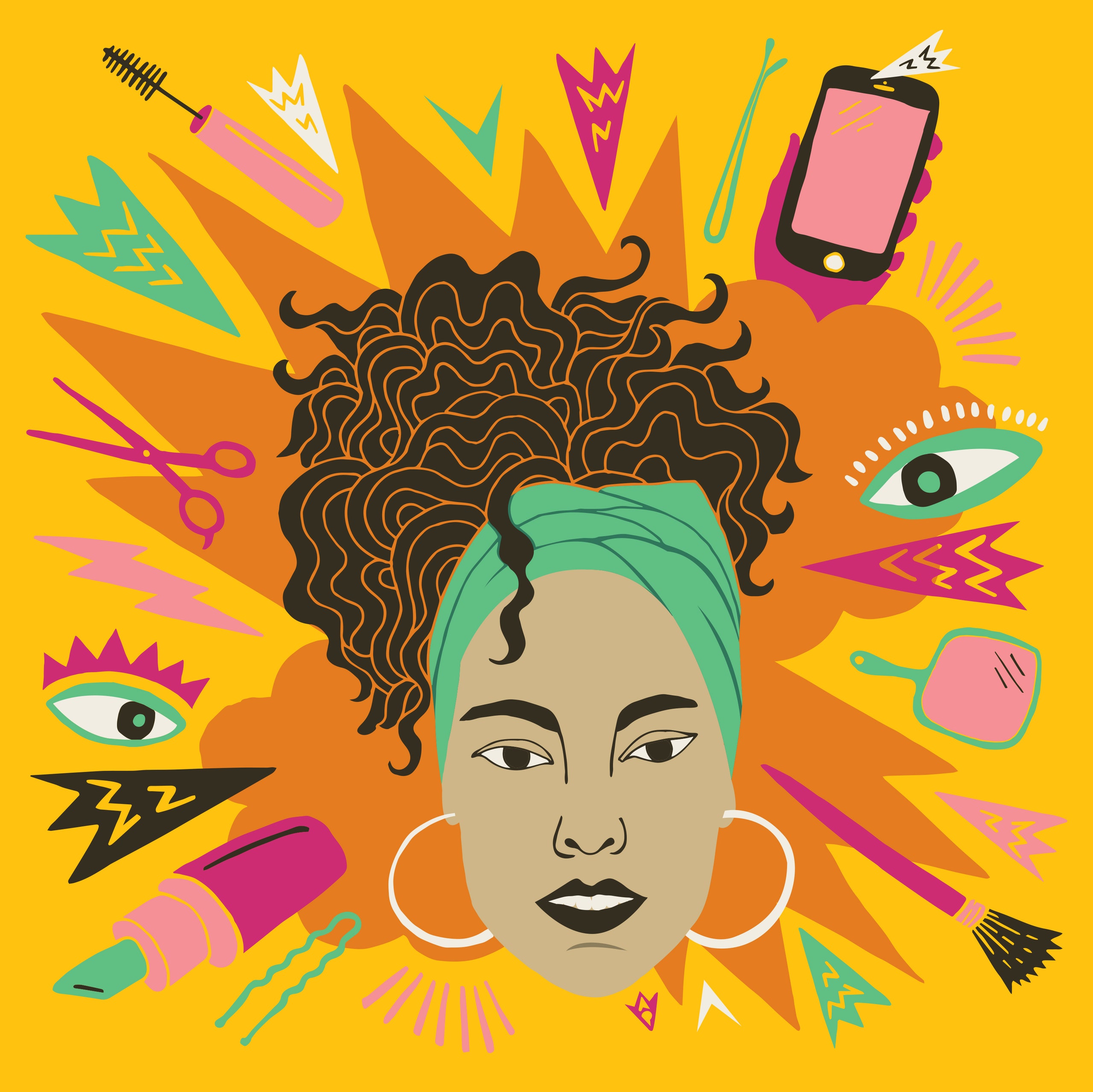 We all get to a point in our lives (especially girls) where we try to be perfect.

Does it start somewhere in second grade after picture day when you wear your frizzy hair out ’cause your mama says it’s beautiful but all your “friends” laugh at you?

You grab the brush and gel and pull your beautiful big hair back into the tightest ponytail you possibly can to contain your unique hair in a bun — hiding a piece of who you are in order to fit into a picture of what others seem to see as perfection.

Or how about in junior high school? Where all the “pretty” girls are wearing lipstick and eyeliner and mascara. Some of them are so skilled they even look like those models in every magazine you ever read — the ones who made you feel slightly uncomfortable with yourself or misrepresented or just unseen.

It’s another moment where some piece of you realizes that to fit in or be thought of as beautiful, you have to cover up to be a bit closer to perfect.

Yeah, that’s another one.

Trust me, it didn’t just end in junior high. I remember when I first started to be in the public eye. Oh my gawd! Everyone had something to say. “She’s so hard, she acts like a boy, she must be gay, she should be more feminine!” But the truth is, I was just from New York, and everyone I knew acted like that.

In the streets of New York you had to be tough, you HAD to be hard, people needed to know that you weren’t scared to fight!

But this wasn’t the streets of New York. This was the harsh, judgmental world of entertainment and my biggest test yet. I started, more than ever, to become a chameleon. Never fully being who I was, but constantly changing so all the “they’s” would accept me.

> I started, more than ever, to become a chameleon.

Before I started my new album, I wrote a list of all the things that I was sick of. And one was how much women are brainwashed into feeling like we have to be skinny, or sexy, or desirable, or perfect. One of the many things I was tired of was the constant judgment of women. The constant stereotyping through every medium that makes us feel like being a normal size is not normal, and heaven forbid if you’re plus-size. Or the constant message that being sexy means being naked.

All of it is so frustrating and so freakin’ impossible.

I realized that during this process, I wrote a lot of songs about masks filled with metaphors about hiding.

I needed these songs because I was really feeling those insecurities.

I was finally uncovering just how much I censored myself, and it scared me. Who was I anyway? Did I even know HOW to be brutally honest anymore? Who I wanted to be?

I didn’t know the answers exactly, but I desperately wanted to.

In one song I wrote, called “When a Girl Can’t Be Herself,” it says,

No disrespect to Maybelline, the word just worked after the maybe. But the truth is … I was really starting to feel like that — that, as I am, I was not good enough for the world to see.

This started manifesting on many levels, and it was not healthy.

Every time I left the house, I would be worried if I didn’t put on makeup: What if someone wanted a picture?? What if they POSTED it??? These were the insecure, superficial, but honest thoughts I was thinking. And all of it, one way or another, was based too much on what other people thought of me.

I found my way to meditation, and I started focusing on clarity and a deeper knowing of myself. I focused on cultivating strength and conviction and put a practice in place to learn more about the real me.

> I found my way to meditation, and I started focusing on clarity and a deeper knowing of myself.

And I promised I would approach things differently this time regarding my image and allow my real self, as is, to come through.

Time passed after I wrote “When a Girl Can’t Be Herself,” and I didn’t think about it much. I guess I got busy and was too focused on creating the music to think about it so specifically.

It wasn’t until I walked into one of my first shoots for my new album recently that the issue was front and center again. I’d just come from the gym, had a scarf under my baseball cap, and the beautiful photographer Paola (never met a Paola I didn’t like) said, “I have to shoot you right now, like this! The music is raw and real, and these photos have to be too!”

I was shocked. Instantly, I became a bit nervous and slightly uncomfortable. My face was totally raw. I had on a sweatshirt! As far as I was concerned, this was my quick run-to-the-shoot-so-I-can-get-ready look, not the actual photo-shoot look. So I asked her, “Now?! Like right now? I want to be real, but this might be too real!!”

And that was it. She started to shoot me.

It was just a plain white background, me and the photographer intimately relating, me and that baseball hat and scarf and a bunch of invisible magic circulating. And I swear it is the strongest, most empowered, most free, and most honestly beautiful that I have ever felt.

I felt powerful because my initial intentions realized themselves. My desire to listen to myself, to tear down the walls I built over all those years, to be full of purpose, and to be myself! The universe was listening to those things I’d promised myself, or maybe I was just finally listening to the universe, but however it goes, that’s how this whole #nomakeup thing began. Once the photo I took with Paola came out as the artwork for my new song “In Common,” it was that truth that resonated with others who posted #nomakeup selfies in response to this real and raw me.

I hope to God it’s a revolution.

‘Cause I don’t want to cover up anymore. Not my face, not my mind, not my soul, not my thoughts, not my dreams, not my struggles, not my emotional growth. Nothing.

*Alicia Keys is a 15-time Grammy® Award-winning singer/songwriter/producer, an accomplished actress, a New York Times best-selling author, an entrepreneur and a powerful force in the world of activism.*