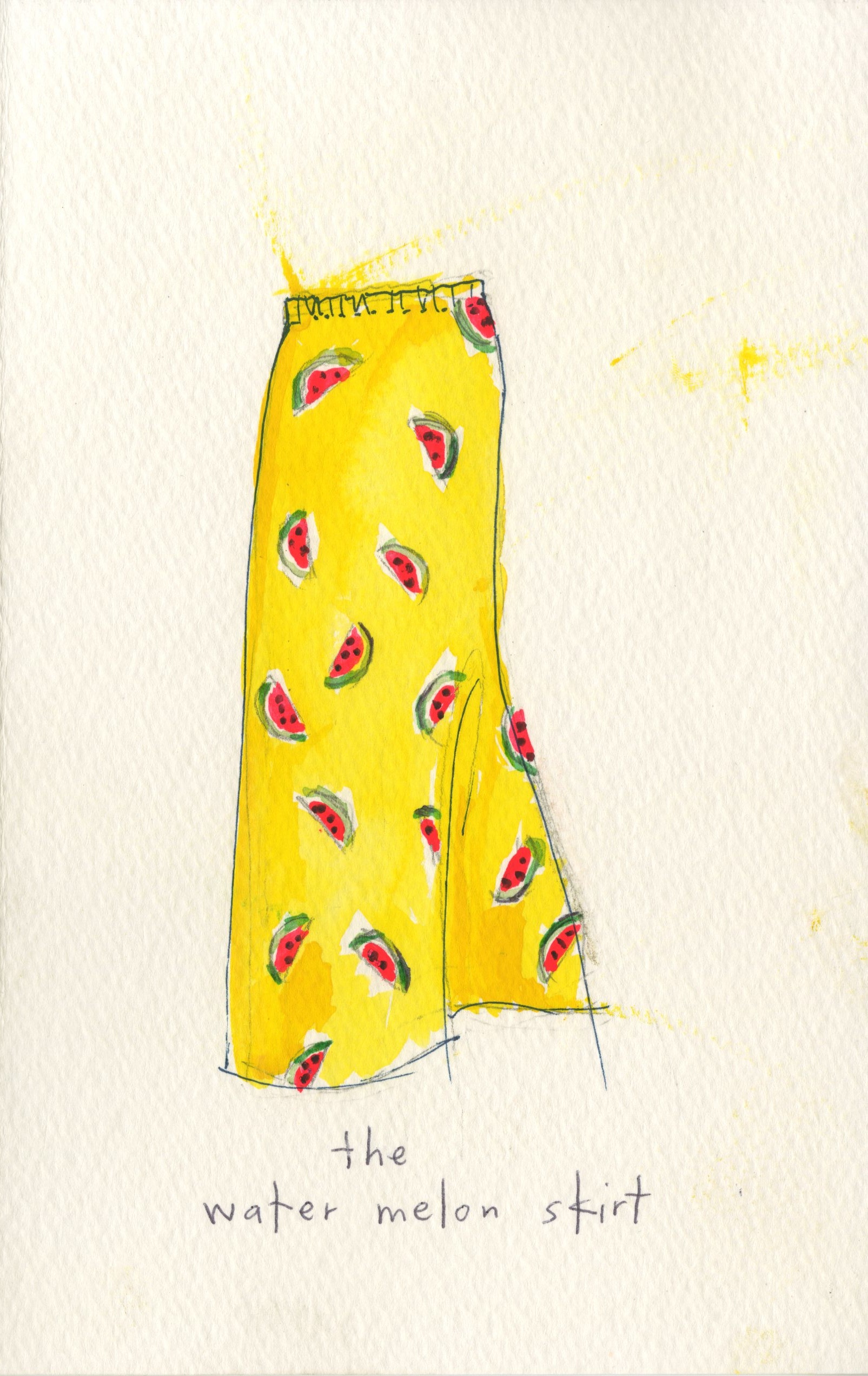 ​I am not sure when it first occurred to me.

It might have been on a trip to Knott’s Berry Farm. I was around 13 years old, standing in line for one of the rides. My younger brother, Spencer, was standing with me. I remember there were two high-school girls behind us. The kind of girls I wanted to be. The kinds of girls who wake up, shower, put their glossy straight hair in a ponytail, and bounce out the door; no makeup, flawless skin, long eyelashes, bodies made for roller skating on The Strand. One of them said to the other, “LOOK AT HER SKIN, WHAT DO YOU THINK THAT IS?! THAT’S GROOOOSS!” It took me a minute, and then I realized they were talking about me. I can’t quite describe the feeling. It was somewhere between humiliation, fear, and self-loathing, all complemented with utter despair.

(I have a genetic disorder. Best part: it was a spontaneous mutation. Which means I am so talented, my body managed to self-mutate its genetic code. It wasn’t inherited. I am the lucky one and the only one in my family. It’s extremely rare, and because of that, I was misdiagnosed quite a few times. According to my mother, she was told by one doctor when I was a baby not to touch me. Awesome. Here is your bundle of joy you have waited nine months for, BUT no touchy.)

A hot pain washed over me.

I was officially gross.

Not my outfit. Not my hairstyle. Me. I, Jenna Lyons, was gross.

I never really saw myself the same way again. I eradicated the word “gross” from my vocabulary. The mere sound of GROOOOSS bounced around my brain like a foamy piece of rotten fruit. I told no one what had happened. I started wearing long sleeves and pants every day in the hot California sun. I stopped smiling. And when I couldn’t help myself, I covered my mouth in shame.

I am not sure what the exact timeline was, but somewhere after that, I slipped into depression. I guess that’s what you call it when someone cries on the bathroom floor for no apparent reason, sleeps all day after school, and spends endless hours studying every inch of *Vogue* and *Mademoiselle*, desperately trying to imagine what those girls’ lives were like: what kind of things did people say about them? Did boys like them? Were they popular? I dreamed of what it would be like to wake up beautiful, only to realize that was a pipe dream. That led to dreaming up ways to go to sleep myself. And not wake up.

> I dreamed of what it would be like to wake up beautiful, only to realize that was a pipe dream. That led to dreaming up ways to go to sleep myself. And not wake up.

As I became aware I was different, so did the other kids in my school. I soon found myself the one last picked for the dodgeball team. The LAST girl picked at cotillion. As if cotillion isn’t bad enough. I was the butt of jokes in social studies.

But seventh grade was an odd turning point. I took a home-economics class. Profound life changes can happen in home ec. Believe me, that statement sounds just as ridiculous to me as it does to you.

What happened was I learned to sew.

In addition to my grossness, I was also five foot eleven by seventh grade and super skinny. There were no “talls” available in size zero back then. Shorts were out of the question. Skirts were always too short. I had to buy size-ten pants in order for them to be long enough.

And then I made The Watermelon Skirt in home ec. I got to go to Florence Fabrics, pick out a Butterick pattern and three yards of fabric, and make something that actually fit me — my measurements, my length, my custom-made watermelon skirt.

> I realized for the first time that people’s memories are short and their opinions are malleable.

1. Dara Peterson, one of the Peterson twins, asked me where I got my skirt. You have to understand who Dara Peterson was. She was HOT. All the boys said so. Both Dara and her sister were beautiful, sexy, warm, and funny. They lived in a huge house in the “Estates.” Their mom was divorced and super cool. She was always away and left the girls to have parties in their fancy house. THAT Dara Peterson. One of the most popular girls in school. I had been sitting next to her for an entire semester and she had never given me a glance. Then one day, she asked me where I got my skirt. When I said, “I made it,” her eyes lit up. What happened next is seared into my memory. She said, “Would you make me one?”

2. I got invited to a party. A cool party. These kinds of parties had been happening all along. I had had no idea. The party was at Tommy Song’s house. He was rich and cute. There was beer, wine, liquor, and porn. All things I had never had access to. And then we played spin the bottle. I got Tommy. And we kissed. With tongue. I had never done that before. I am sure I made a mess of it, even though it went on for a shockingly long time. His tongue was sort of short and sharp, swirling around my mouth like a toilet-bowl brush. It was amazing.

The next day, Tommy passed me a note in home ec. He had scrawled a message in his boys-don’t-care handwriting: “Will you go with me?”

3. I got a professional haircut and style. Not at Super Cuts, where they left my hair dry, all 14 strands of it frizzy and limp. This time, my mom took me to a salon. A real one. This super-nice man cut and feathered my hair. FEATHERED!!!!!!!! All the pretty girls at school had Farrah Fawcett hair. Now I did, too. Sort of. What’s better, he showed me how to comb my hair AND cover my bald spots. The next day, I walked into home ec and Tommy said, “Your haircut looks really pretty.”

Not gross. He said pretty. Prettttttyyyyyy. Me.

Don’t misunderstand. My external transformation did not expel my internal doubt and lack of confidence. But it did give me a much-needed boost. A feeling that if I followed some level of instinct like I had used in Florence Fabrics that day, that maybe, just maybe, I could do well for myself. The road from then to now has been riddled with poor judgment, internal combustion, and enough self-doubt to fill Lake Powell. But I had no choice except to put one foot in front of the other and keep going. And to this day, I often feel like I’m on the outside. But what I realized along the way was that a lot of the really smart, interesting, talented, compassionate, and equally dysfunctional people sit out here with me.

The irony of all this is another trifecta. I have a job that involves all my kryptonite.

1. That I have confidence.

3. That, to my absolute shock, surprise, and deepest appreciation, I am often talked about favorably for how I look. Beautiful, excited, and nervous young girls and even boys actually ask to take photos with me. They apologize for interrupting me.

People. Don’t apologize for asking. It’s the MOST flattering request in the world.

It makes me feel special. The opposite of gross. So, thank you.

*Jenna Lyons has pretty much only had one job in her life.*