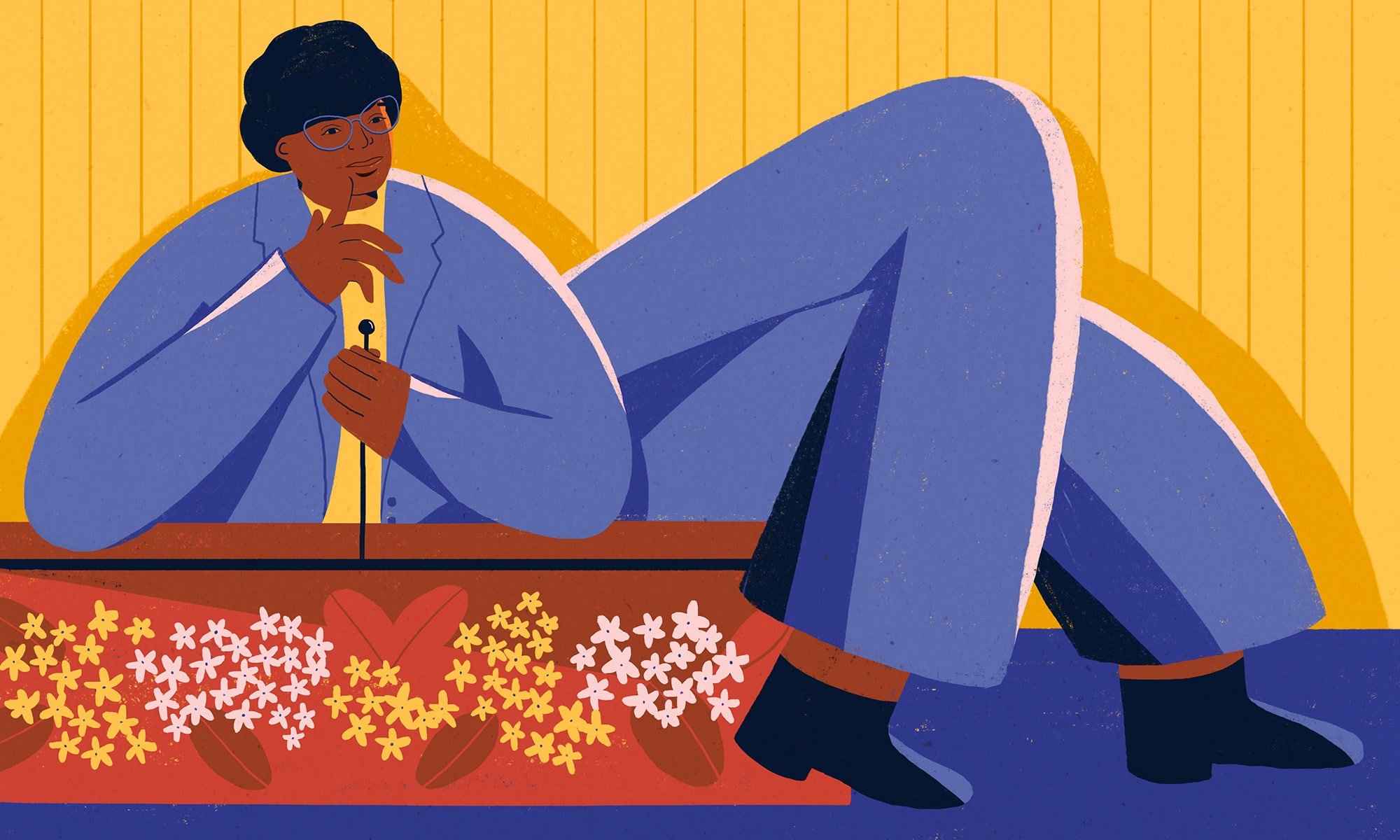 When I heard about Danica Roem becoming the first openly transgender person to be elected to state legislature in Virginia last fall, it felt like all that my queer and nonbinary-identifying self could do was breathe a sigh of relief and say “Finally.” Except I quickly learned that the key word was *openly*. There was another unsung trans person who had blazed a path for Danica: Althea Garrison, who was elected to the Massachusetts House of Representatives in 1992, but was not out to her constituents.

Garrison is still alive but difficult to track down. But as I read details about her story, I was surprised to find more similarities between us than just our shared experience of being black trans femmes in America. While I was born in Nashville in the late ’90s, both Garrison and I spent part of our childhoods in Georgia — I spent half of my life in Atlanta before moving to Orlando, Florida, while Garrison lived in Hahira, Georgia, through high school, in the ’40s and ’50s. I think of my time in Atlanta as a period when I was simply black and existing, uncomplicated and unmarred by the pressures of labeling my identity any further beyond my name. I have fond memories of riding home on a bus from day care surrounded by other black children, rapping Lil John’s final bars in “Yeah” by Usher without a care in the world, as if we had made it up ourselves. I felt safe, uncomplicated, free, and understood. Perhaps Garrison felt the same way?

After moving and experiencing life in Florida, I found myself excited to begin my college career in Boston, which also happens to be where Garrison studied after high school. This move to Boston made me feel like I was “the one who made it out,” and I pictured the Northeast as a place of opportunity, growth, and success. I can imagine Garrison had a similar point of view, considering the proximity of the Great Migration as a historical backdrop. She moved to Boston when many people thought that moving from the South to the North could potentially grant black people greater access to economic opportunity. However, something that I believe both Garrison and I have learned about the Northeast is the sociocultural alienation that can accompany a move from predominately black spaces to predominately white spaces.

It’s no secret that the city of Boston has an extremely complicated history with racism and blackness, and in the time that I’ve spent learning and growing in Boston, I’ve found myself yearning to reclaim the carefree, sometimes naïve attitude I held in Atlanta. I’ve done this primarily in my work as a spoken-word artist, using my poetry to express a longing for the freedom I experienced living in the South and a righteous anger at what I feel I’ve lost or had taken from me while living in the North. If I’m feeling suffocated in our current age by the New England tendency to act as though racism simply doesn’t exist, I was sure Garrison’s experiences in mid-twentieth-century Boston had led her to a similar place. I expected to find that we would align politically, due to the distinct experiences we share. I don’t affiliate myself with either party, but my beliefs as a black trans leftist tend to align more with the Democrats.

But I was surprised to discover that when Garrison was elected as a member of the Massachusetts House of Representatives in the ’90s, representing Roxbury and Dorchester, she ran as a Republican under unusual circumstances. During the primary, Garrison took out her fiercest opponent, incumbent Latino politician Nelson Merced, because she successfully challenged the number of signatures Merced submitted to qualify for the primary.

Thus, in the general election, she was able to secure her place in the state legislature by simply acquiring more votes than the other Democrat representative she ran against. Ironically, Garrison is generally said to have had beliefs that are more stereotypically Democratic (for example, being an advocate for labor unions); however, she was notably against same-sex marriage and abortion.

In 1992, upon finally being elected as a member of the Massachusetts House of Representatives, Garrison was outed as a trans woman against her will.

Prior to her election to the legislature, Garrison’s identity as a trans woman was not a publicly well-known fact. Some reporters say that the Boston *Herald* story that outed her was published with the express intent of damaging Garrison’s political career. While not much appears to exist to confirm these intentions, the impact of the *Herald* story has been clearly documented: Since the story and her one term in the House, Althea Garrison has not held any form of public office, despite multiple runs all over the political spectrum.

Learning this part of Garrison’s story saddened me deeply. While some would look at Garrison’s life and career and describe what they saw as “messy” or “complicated,” when I look at her life and career, I see someone whose existence challenges the very idea that there is only one particular way of being a black trans person. I believe there can be power in self-identification; however, one of the biggest challenges I experience with labels is the accompanying assumptions we make about people using those labels as justification. In analyzing and interpreting Garrison’s history, it’s clear that her life, like her beliefs and political affiliations, evades clear categorization. Unlike trans activists (1) or (2), she doesn’t quite fit the box of the unsung revolutionary, but she also doesn’t quite fit the box of the self-hating trans person stuck in the Sunken Place. In fact, I believe that in fitting neither of these categories clearly, Garrison exists with a fullness of personhood that exceeds either one.

Considering Garrison’s political career, I realize that her policies are the points of view of an individual who is willing to challenge ideas and norms, someone who doesn’t just follow the bandwagon, someone who is critical and unafraid to take up space with their dissent.

When I decided to write about Althea, I wanted to find out why she is so easily forgotten by history. Now I believe I know why: no surprise, it’s transmisogynoir (the discrimination against and oppression of black trans women). But to be more specific, it is the way in which a racist, transantagonistic culture denies black trans individuals the space to exist as complex human beings, which results in violence that is directed toward black trans individuals who don’t fit whatever America has decided the single story of black transness is. To exist in a way that challenges or defies as many binaries as Garrison’s life does is actually something that I admire as an individual committed to taking up space in a society that tells me to be small.

So, to Ms. Garrison, I say: I see you. I see your struggles. I see you living your life as best as you can. And I applaud you. Keep living as you, someone who understands what it means to simply be black and existing.

*Dev Blair is a spoken-word poet, playwright, and theater artist training at Boston University. They can be found on Twitter (3) and Instagram (4).*