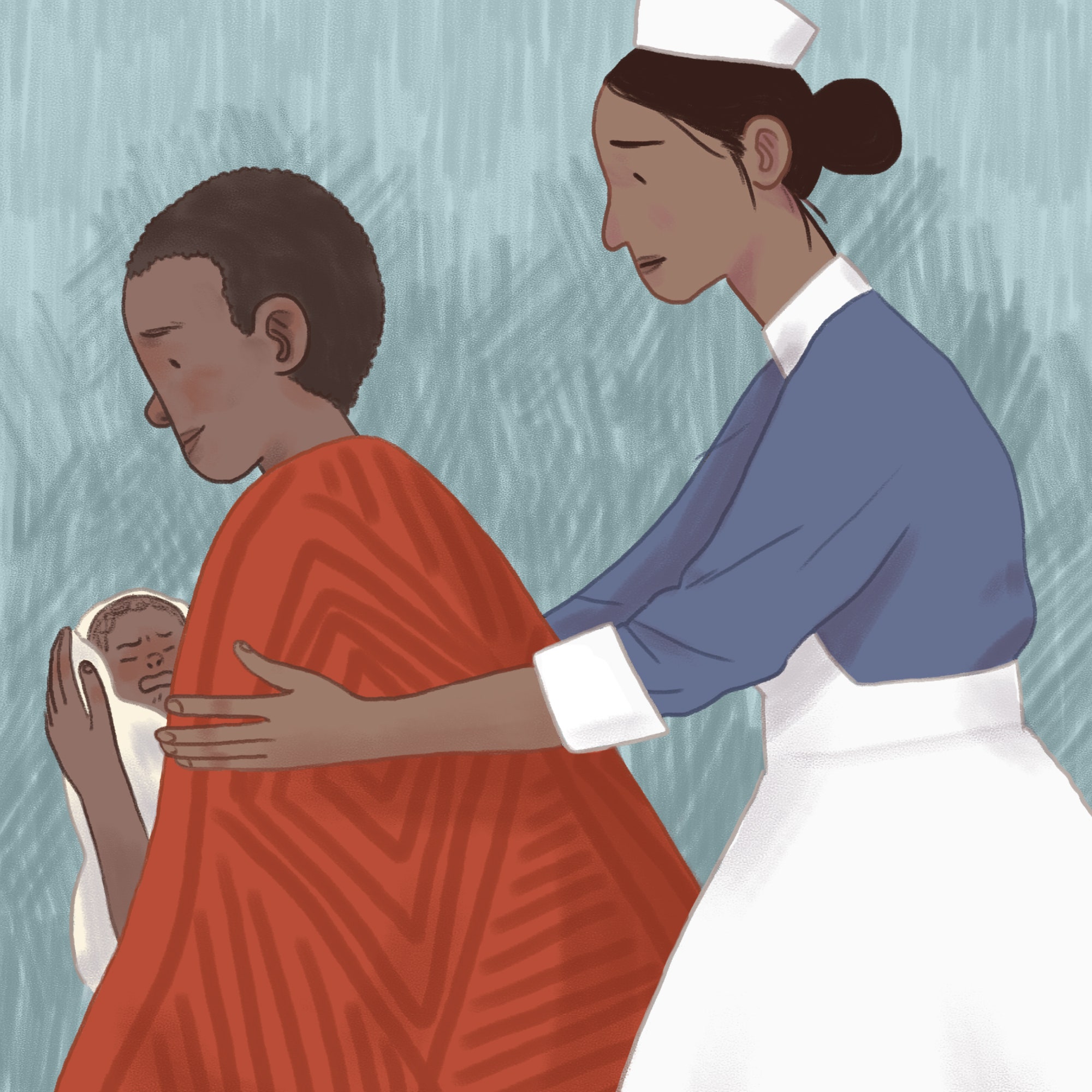 When South Africa was still governed by the racist apartheid system, laws that separated and targeted each race made life nightmarish for anyone who wasn’t white. Being of Indian origin, my family sat somewhere on the middle rungs of the social structure, with white people at the top and black people at the bottom of the socioeconomic ladder. Schools, neighborhoods, beaches, public toilets — everything was segregated, and the resources funneled into each of these areas was minimal for black citizens. Health care was no exception.

My aunt was a nurse and a midwife under apartheid, and although she is now over 70 and claims that her “forgettery” has overtaken her memory, some of the horrors witnessed under that brutal regime cannot be wiped clean from her mind.

After hearing my aunt’s stories, I am ashamed at the lame thoughts I had after my own baby was born, like lamenting the fact that the lactation consultant didn’t have the time to show me the proper technique for the “football hold” method of breastfeeding. In contrast, my aunt once heard another nurse walk into the maternity ward and instruct all the new mothers to feed their babies with these words: “OK, cows, time to produce milk!”

Auntie recalls how she saw all the new babies being bathed, one after the other, in the same dirty bathwater. She would see overwhelmed mothers on her rounds, and when she returned later in the day, she’d sometimes find only an abandoned baby. Auntie worked with a heavy heart when she was assigned to take care of these children. Their bassinets were crowded in a small, windowless room. She was so busy preparing formulas, changing diapers, and bottle-feeding that there was little time to hold and cuddle them.

Many rural women only came to the hospital in desperation after hours of trying to deliver naturally. Some of them would walk for miles and miles to get to the hospital and would be totally exhausted when they arrived. Because hospitals for black people were so ill-equipped, they didn’t have ambulances, and people used wheelbarrows to get their loved ones medical care when they couldn’t walk. Auntie recalls that “women often came with their traditionally painted faces and were embarrassed that the sheets were getting stained with the ochre-colored washable paint. I think we were pretty good in reassuring them it was OK.”

The delivery room was huge. Beds for vaginal deliveries were lined up against one wall, beds for women with high-risk cardiac problems were in the center, and beds for women with preeclampsia — which is very high-risk — were against the opposite wall. Women with preeclampsia were separated by a curtain as they were sedated. There were no screens between any of the other women. They delivered in full view of one another.

The post-delivery room was also always packed to capacity. This included mattresses on the floor. Nurses and patients could barely walk between the beds. Sometimes two or more babies were delivered in rapid succession. A nurse would have to tie the umbilical cord and place the baby on the mother’s chest, with a sticker with the mom’s name on the baby’s back and a band with the same info on the mom’s arm, before attending to the next delivery in the same row of beds. Umbilical cords were cut only after the delivery of the placenta, but this also helped to prevent a mix-up of babies.

After delivery, the women would be shivering with cold. My aunt still cringes at the memory of having to take used, often bloody blankets to cover these ladies. But the women were stoic and never complained. In Auntie’s words, she was “always angry about the indignity we inflicted on these women. This would never be allowed in a hospital for white women.” Around 1968, my aunt wrote to the midwifery department at the hospital detailing her concerns about the generally appalling conditions and unsanitary environment, only to be met with dead silence.

But apart from the chilling and at times just downright sad experiences, there was also hope. Since the hospital wouldn’t help them, my aunt’s group of fellow midwives and nurses banded together to educate new mothers on childcare and hygiene. But mostly they spent time just talking to the ladies under their care, rubbing an aching back, providing encouragement, and fighting, in their own practical way, the apartheid regime’s attempt to treat black bodies like cattle.

My aunt took the opportunity to enlist the help of the mothers who had been in the ward for a few days to show the newly arrived moms how to bathe their babies. It was like an assembly line. The “experienced” moms were asked to help the newbies. The ladies were eager to help new arrivals as they gained confidence. The women bonded with each other, and it made their hospital stays easier. Grateful and talkative patients helped my aunt and her colleagues to learn Zulu, one of South Africa’s local languages, a skill that helped a lot in under-resourced black hospitals.

Over time my aunt made the difficult decision to immigrate to Canada, to try to secure better opportunities for her own children. She was tired of the curfews and scant educational prospects for anyone who was not white. When she got to Canada, in 1974, and worked in the neonatal unit, she was amazed at the quality of emotional support the nurses provided the families of the babies, and the quality of care provided by everyone. One fortunate by-product of my aunt’s work in South Africa was that her practical training was superb, and she had no difficulty coping when she started work in Canada.

Fortunately, this story has a somewhat happy ending for South African women. In 1994, South Africa finally emerged as a fledgling democracy. The difference in what life in South Africa is like now, as opposed to 50 years ago, is quite stark, but our public health-care system is still not amazing. Racism and misogyny persist, and these ills don’t just affect patients. Female doctors and medical students are also struggling against these legacies that seem so entrenched. However, our country now enshrines dignity and equality in our supreme laws, and that’s a step forward.

Nonetheless, access to decent health care is not just a problem for women of color in developing nations like South Africa. The problem with health-care providers not listening to women, not taking us seriously, is global. For women of color, it’s an even more acute problem — our lives and the lives of our babies are at stake. And yet I take heart from the stories my aunt shares, a reminder that one compassionate nurse can make a difference.

*Aneesa Bodiat is a Muslim, a mom, a writer, and a reader from Johannesburg.*